There is an overgrown drainage ditch in the new part of the churchyard. Visitors are advised to exercise caution in this area and children should be supervised at all times. 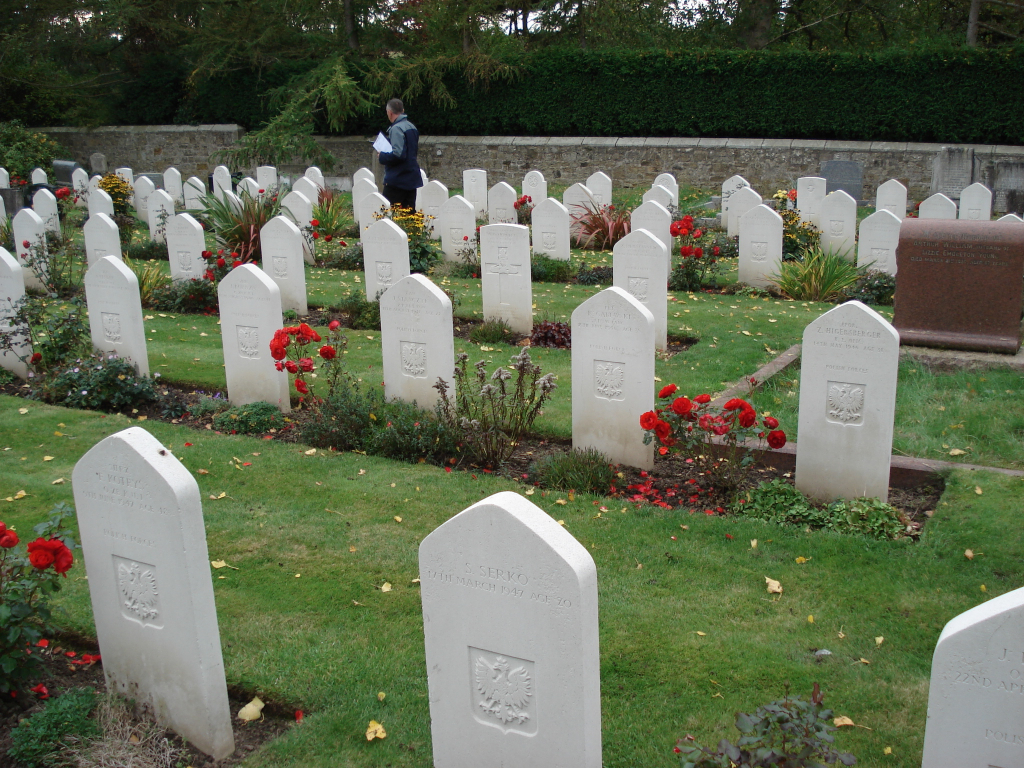 The 19 First World War burials in Morpeth (SS. Mary and James) are in the oldest part of the churchyard, and the 13 Second World War burials form part of a war graves plot in the newer western part. However, there was a Polish camp and hospital at Morpeth during and immediately after the war, and most of the graves in this plot are those of Polish servicemen. In addition to these 74 Polish burials, there are seven war graves of other nationalities.