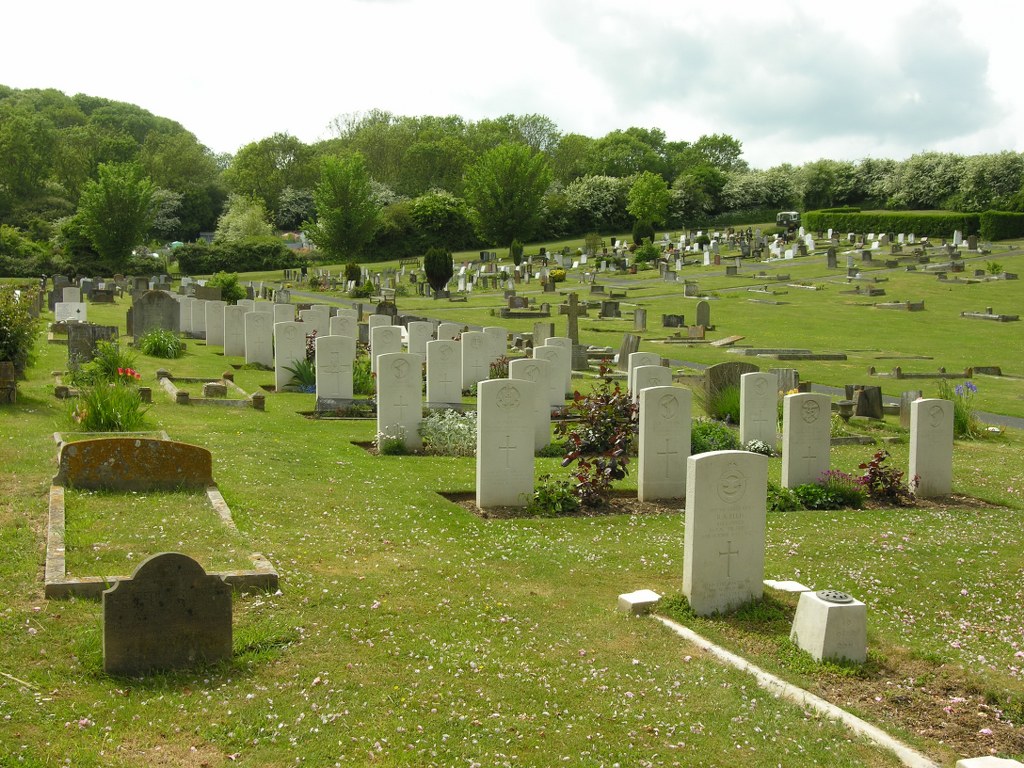 Newhaven was a port of embarkation for stores in August, 1914, and in 1915, it became a trawler base. Newhaven Cemetery, on the Lewes road, was begun in 1884, and now belongs to the Urban District Council. It contains 29 Commonwealth burials of the 1914-18 war including that of an unidentified sailor of the Royal Navy. There are a further 46 Commonwealth burials of the 1939-45 war, 2 being unidentified seamen of the Merchant Navy. There is 1 non-war service burial here.