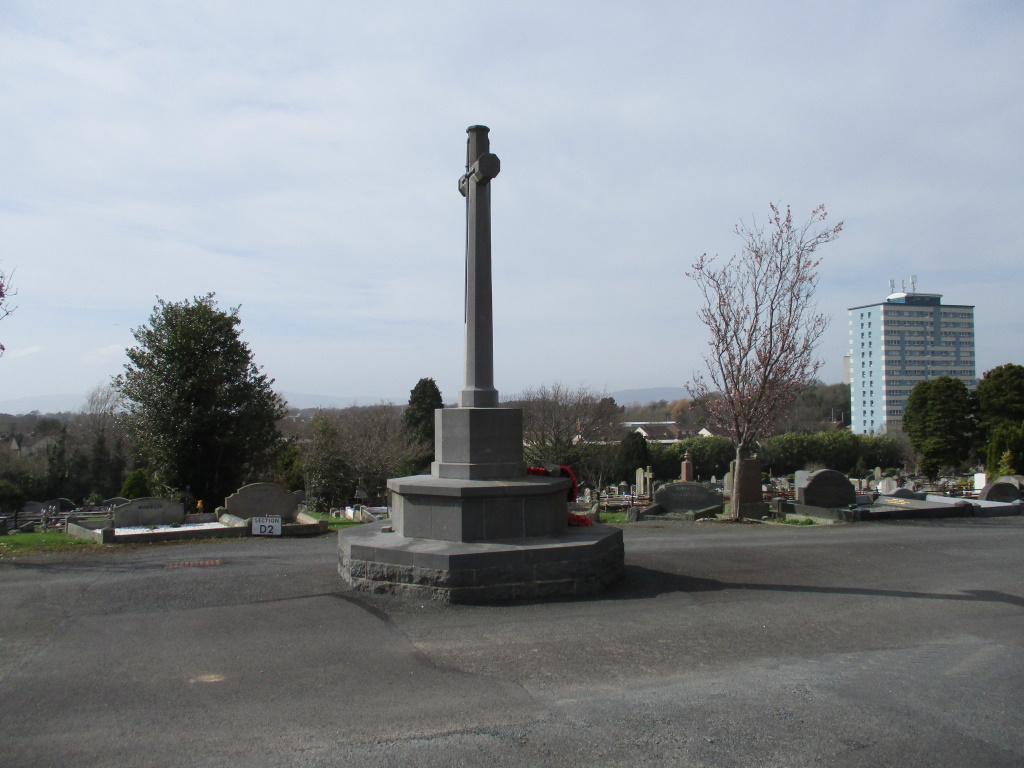 Belfast is situated mostly in Antrim, but partly in County Down. Lying at the head of Belfast Lough, an exceedingly safe and commodious haven with good anchorage. During the First World War it was a port of embarkation and an Auxiliary Patrol base, and housed within the asylum was Belfast War Hospital with 500 beds. The 1939-1945 War saw Belfast a Naval Base of the Western Approaches Command, Fighter Command Headquarters for the defence of the naval anchorages in Northern Ireland, and also a hospital centre. No. 31 British General Hospital was posted there in August 1940 and remained until May 1942. No. 20 British General Hospital arrived in November 1940, staying until January 1943; and No. 24 British General Hospital was there from January 1941 until April 1944. There was a Royal Air Force station at the airport; Victoria Barracks, Belfast, was the Headquarters of Northern Ireland District; there was a prisoner-of-war camp at Holywood, about 6 kilometres to the north-east, and at Orangefield, 3 kilometres south-east of the city, a prisoner-of-war military hospital. Belfast (Dundonald) Cemetery is on the Belfast-Newtownards road. Opened in 1905, it covers 45 acres and contains war graves of both world wars. The 1914-1918 War burials are scattered throughout the cemetery. After the war a Cross of Sacrifice was erected on the crest of the hill facing the entrance, in honour of the men buried there. The 1939-1945 War graves are also in various parts of the cemetery. Some are marked by permanent private memorials but most of them have headstones of the traditional Commission design. There are 76 Commonwealth burials of the 1914-1918 war and 88 of the 1939-1945 war here.