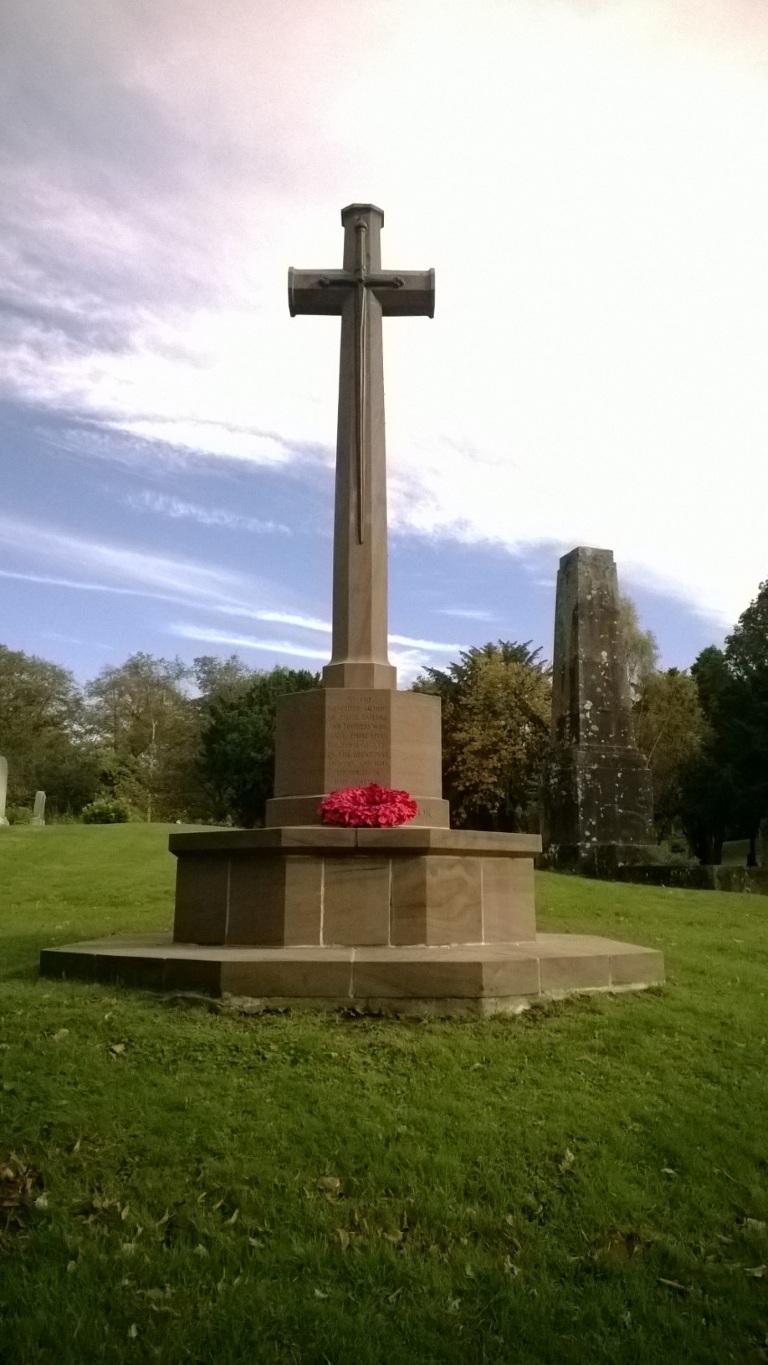 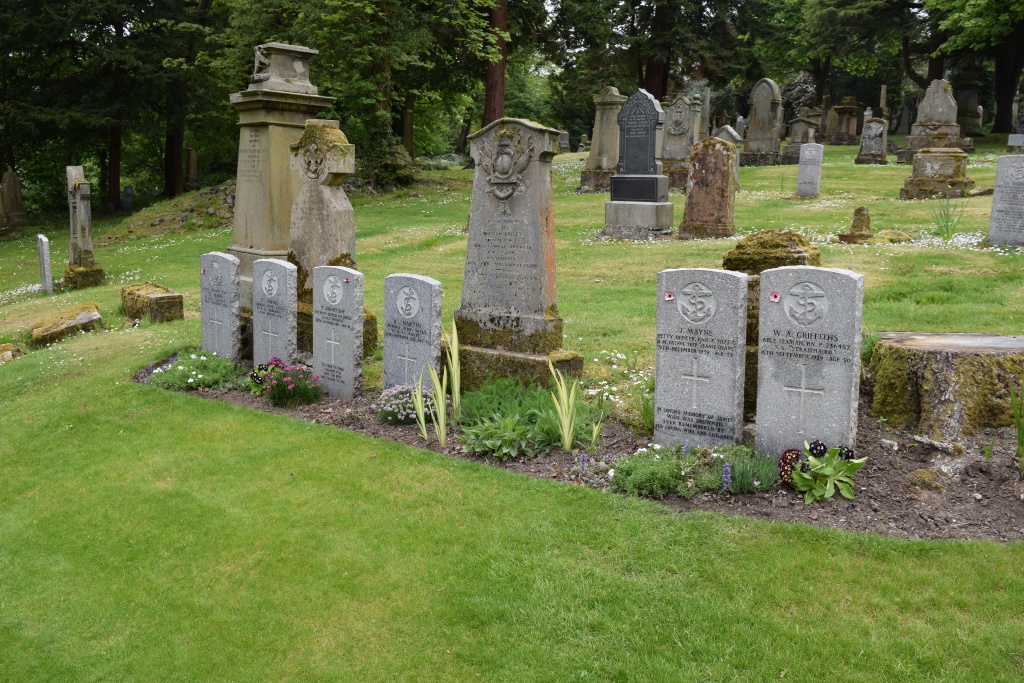 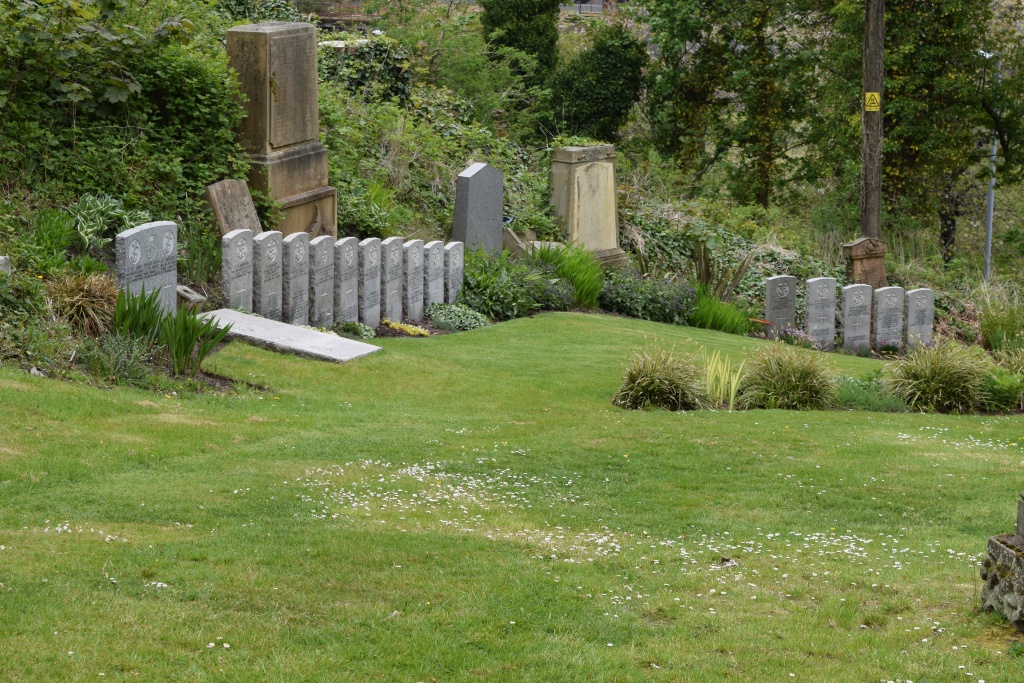 Greenock cemetery is a large site situated close to the centre of the town, which lies on the River Clyde. There are several entrances but the main cemetery entrance is directly on the A78 Inverkip Road which can be reached from the A770, which runs parallel to the river.

The War graves which are of both Wars are scattered and a Cross of Sacrifice erected beside the main cemetery road.