Discover more about the history of Lyness (Royal Naval) Cemetery and plan a visit through our Our War Graves, Your History project. 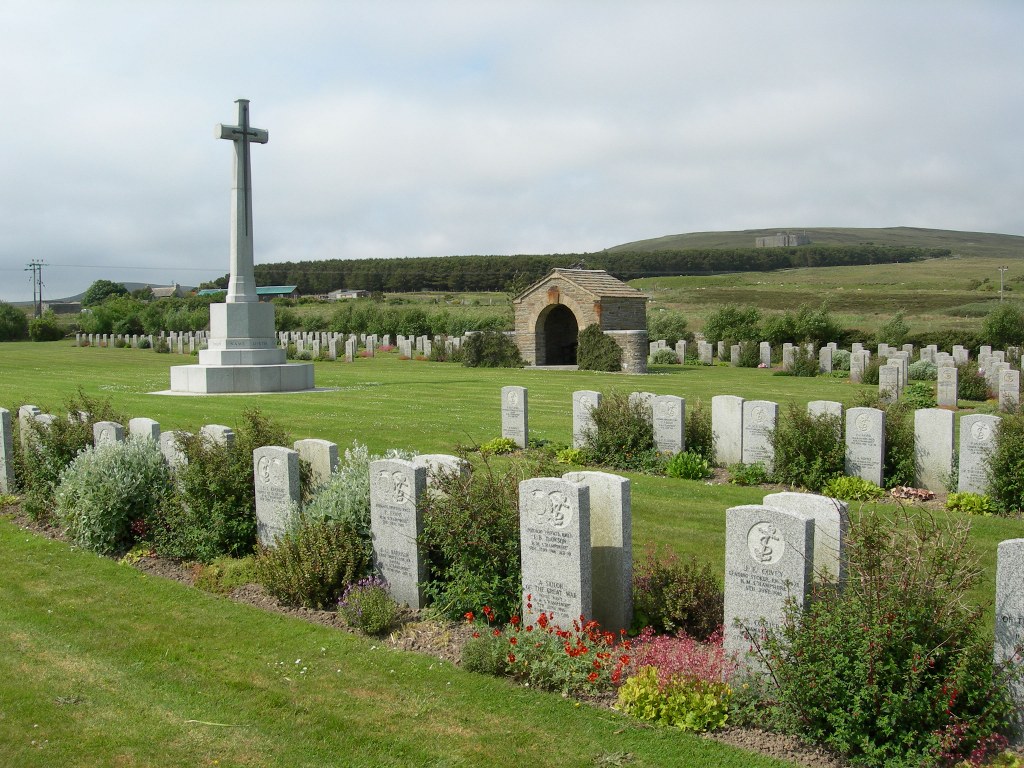 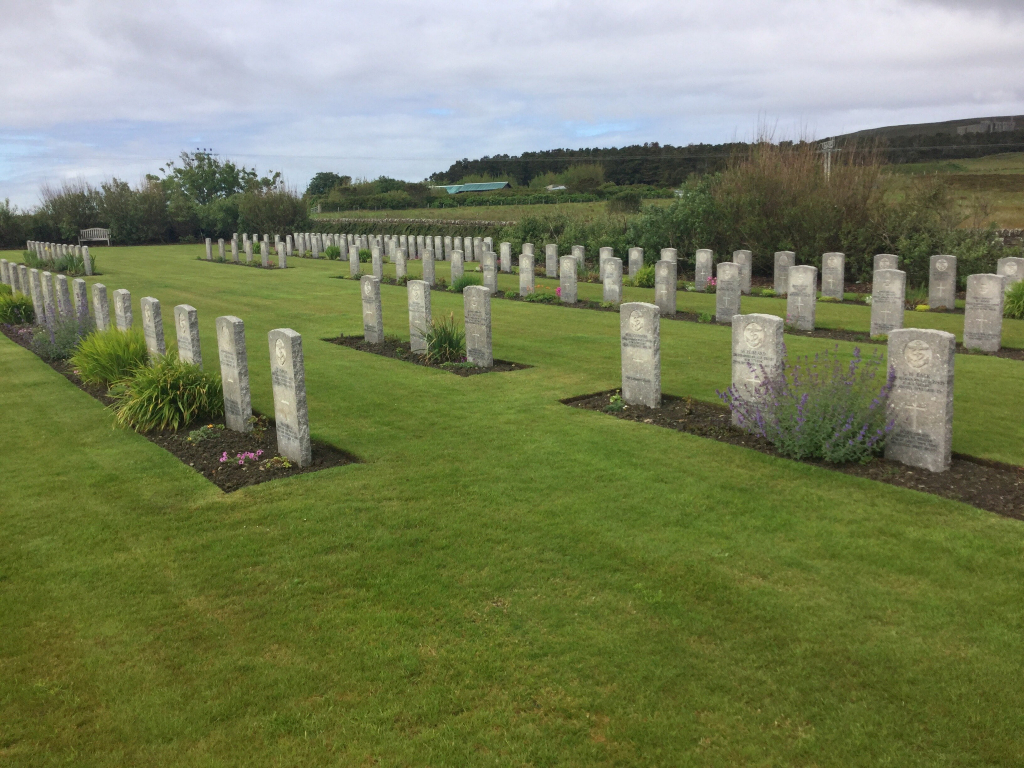 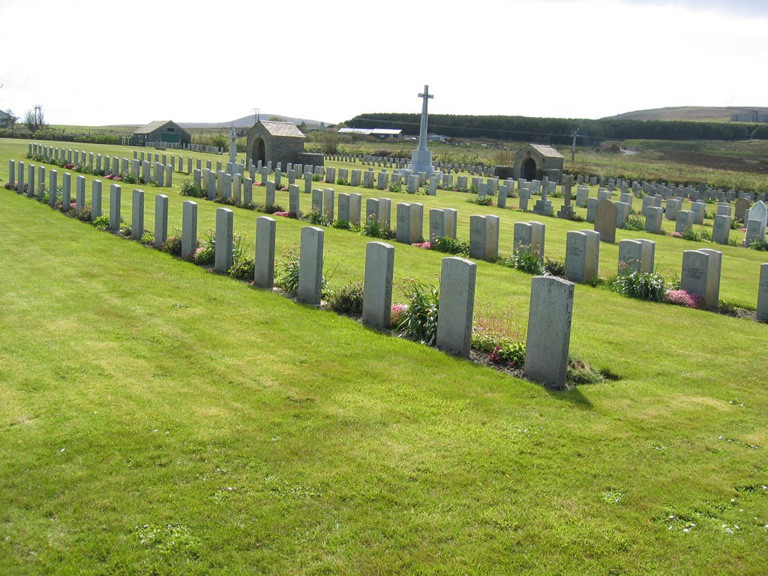 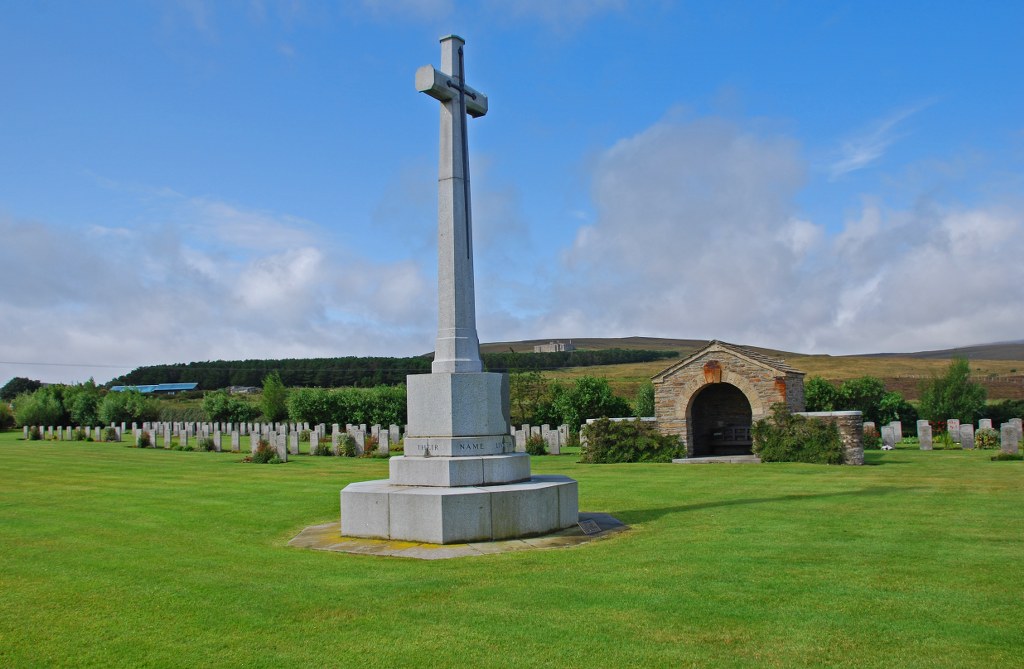 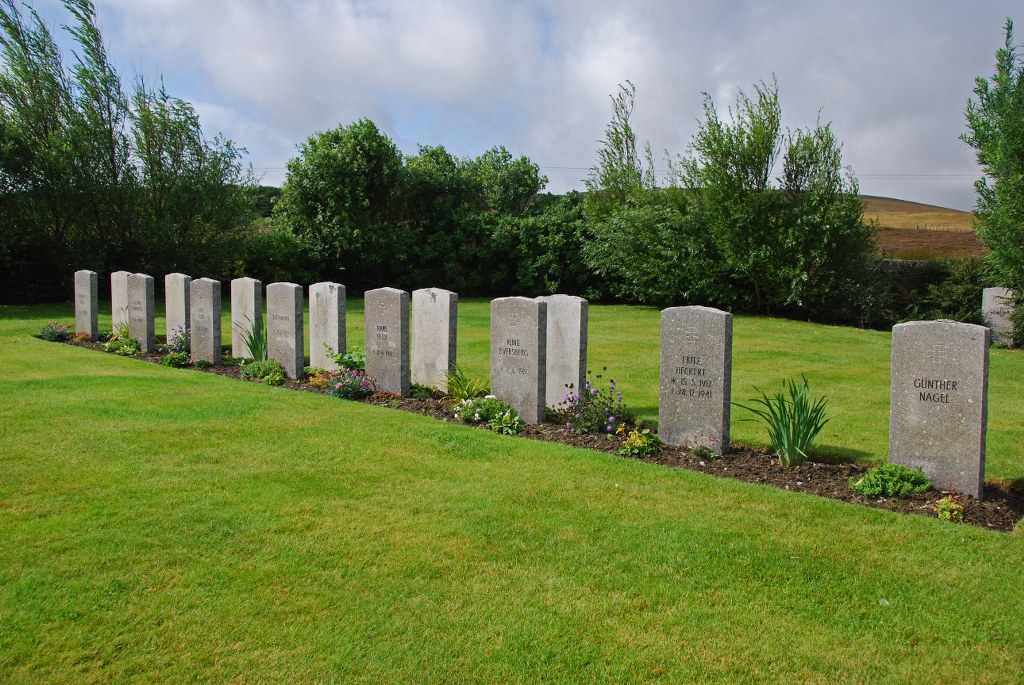 The cemetery is on the Island of Hoy, which is part of the Orkney Islands. To visit the cemetery, travel to Hoy using a ferry from the main Orkney island. The cemetery is a five minute drive from the ferry terminal and is signposted. It is possible to park at the side of the road outside the cemetery.

Lyness Royal Naval Cemetery is one of largest sites the Commission maintains in the UK.

The cemetery was begun in 1915 when Scapa Flow was the base of the Grand Fleet. Lyness remained as a Royal Naval base until July 1946 and the cemetery contains graves from both wars.

There are 445 Commonwealth burials of the First World War, 109 of which are unidentified. The majority of the graves are of officers, ratings, and members of the land forces lost from H.M.S. "Hampshire," "Vanguard," "Narborough" and "Opal."

The 200 burials of the Second World War in the cemetery include those of 26 men from H.M.S. "Royal Oak", which was sunk off Longhope in Scapa Flow by a German U-boat on 14 October 1939. 8 of these burials are unidentified.

The cemetery also contains the graves of 14 sailors of the German Navy (the High Seas Fleet was interned at Scapa Flow after the 1918 Armistice), 3 German airmen and 1 German sailor from the 1939-45 war and 1 Norwegian sailor of the 1939-45 war. The Commission also maintains 30 non-war burials in the site (mostly Merchant Navy seaman).

The features of the cemetery were designed by Ralph Hobday. The Cross of Sacrifice was formally unveiled by Surgeon Rear Admiral Sir William Watson Cheyne (Bart., KCMG, CB, Lord Lieutenant of Orkney, and Shetland) on 29th September 1925.