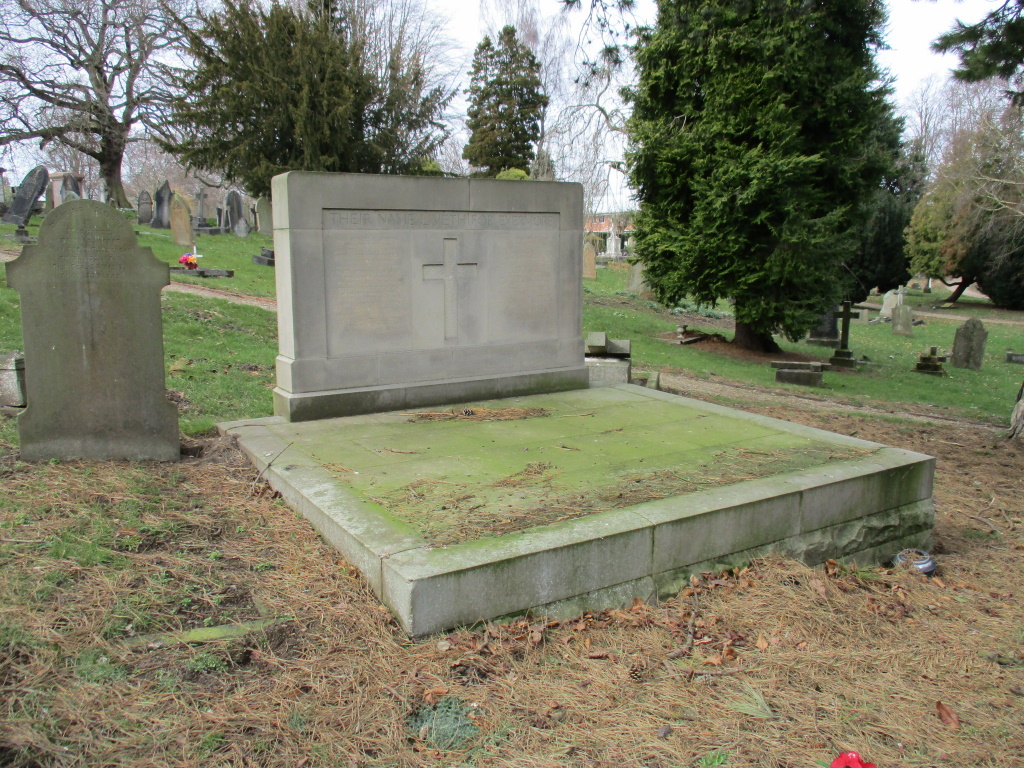 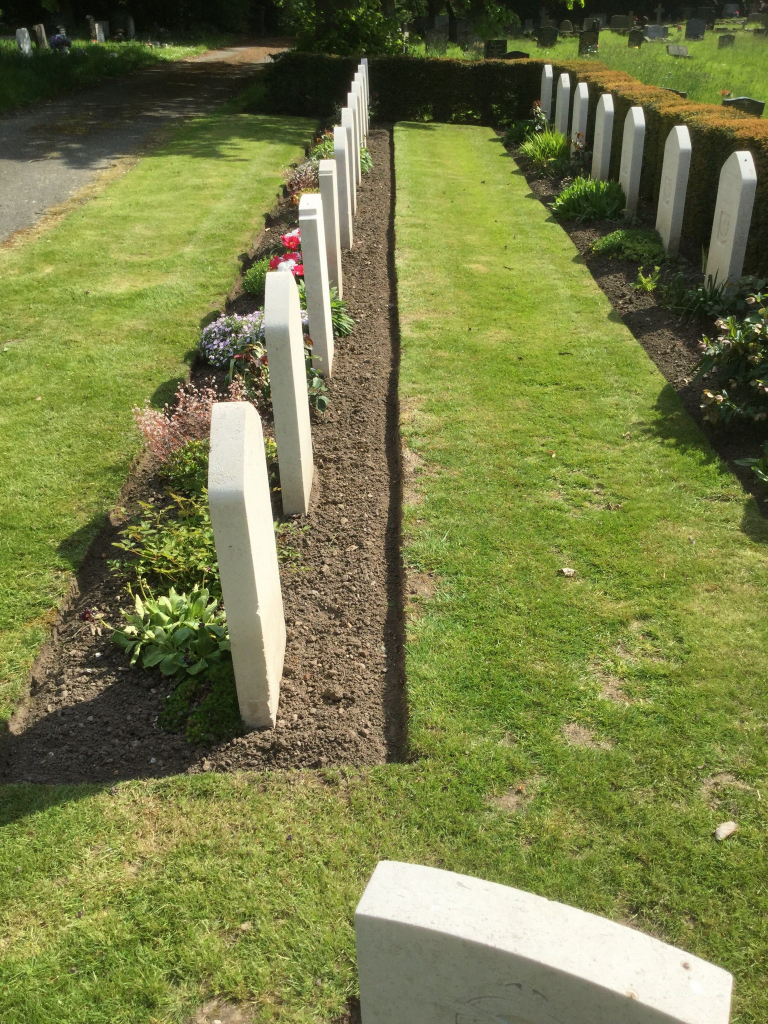 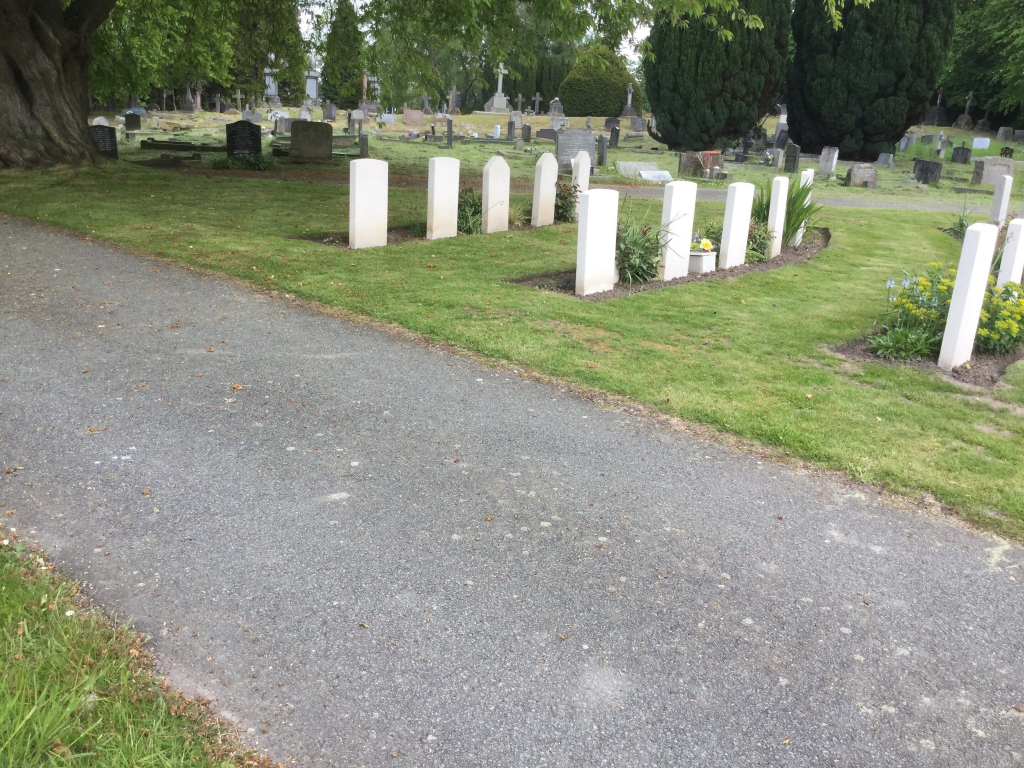 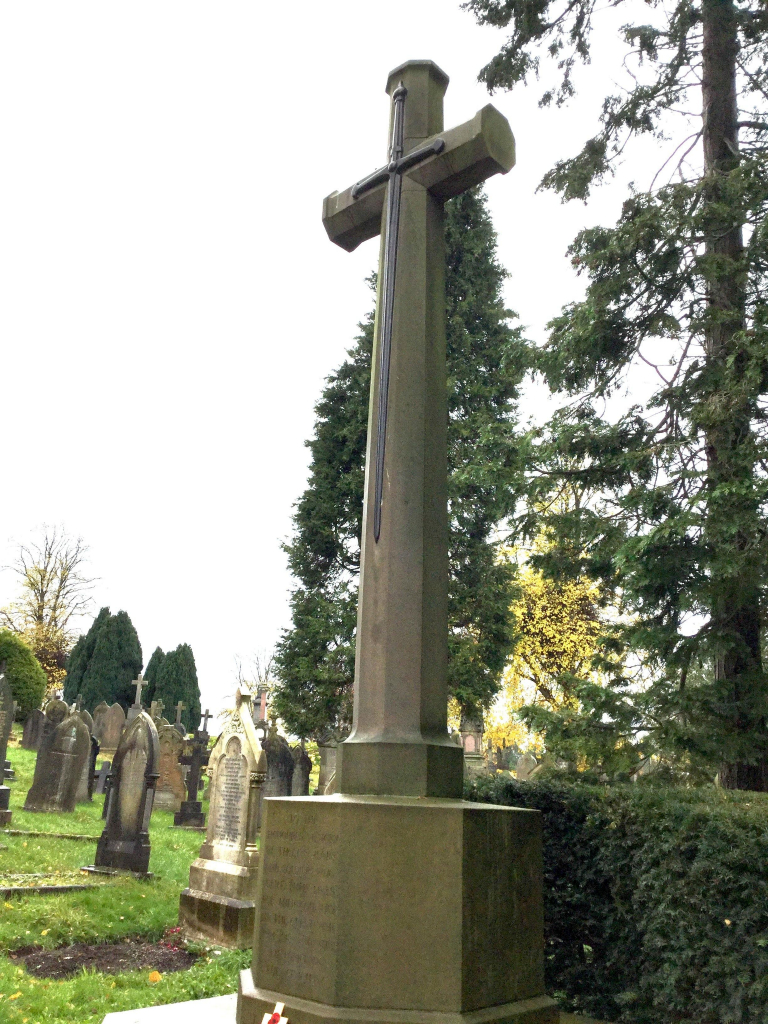 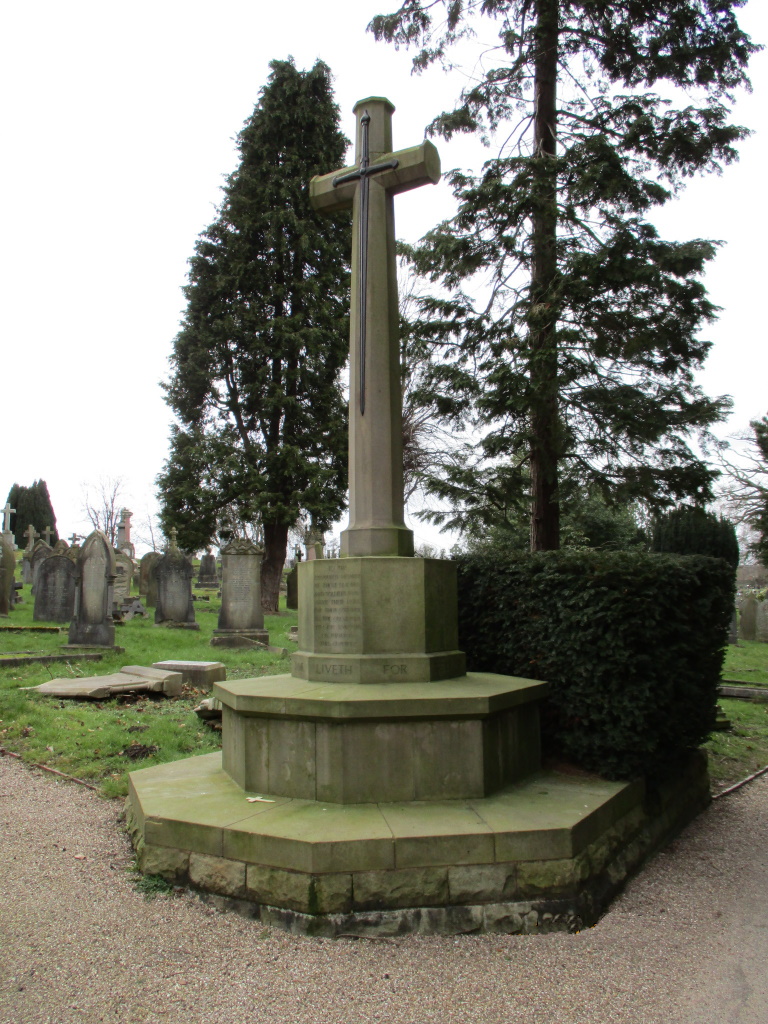 The 64 First World War burials in Wrexham Cemetery are scattered throughout the cemetery grounds. During the Second World War a piece of ground was set aside for service war burials in part of Section D in the south-western portion of the cemetery. This is now the war graves plot. The cemetery was used by the Royal Air Force station at Wrexham and by the Polish Hospital near Whitchurch, Shropshire, which was not far away. The War Graves Plot, which is triangular in shape, is in an angle formed by two carriageways. It is composed of three small groups of graves, the corner group containing the 48 Commonwealth war graves and the other groups, flanking the two paths, consisting almost entirely of Polish graves. The cemetery also contains two Belgian war graves.