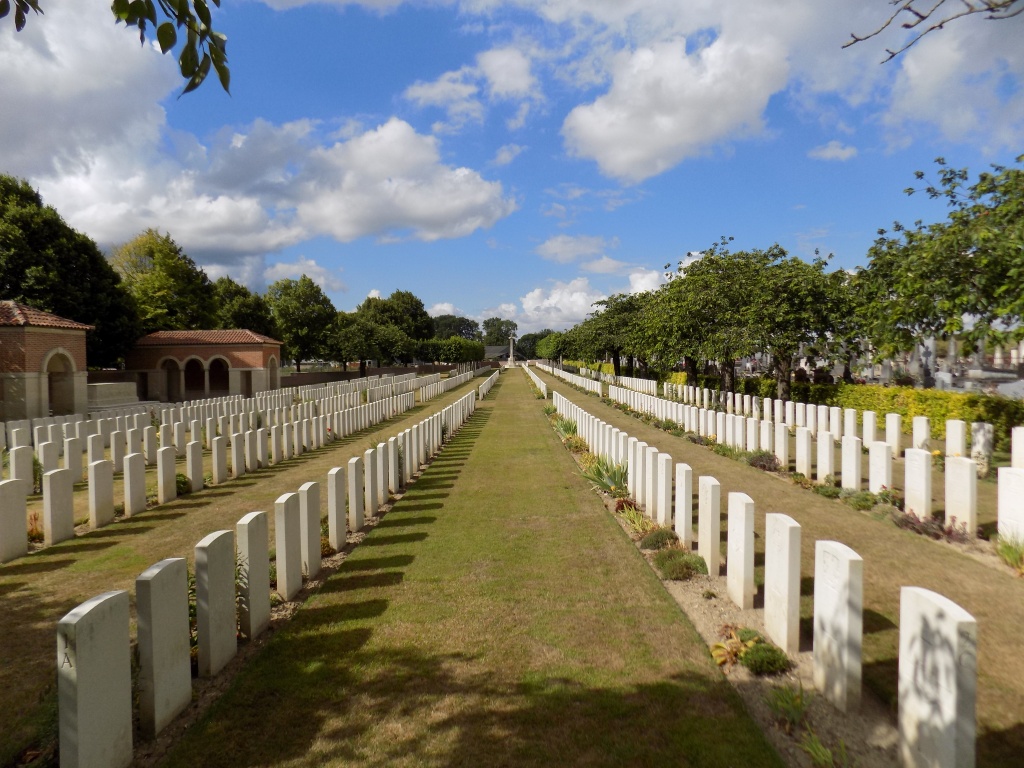 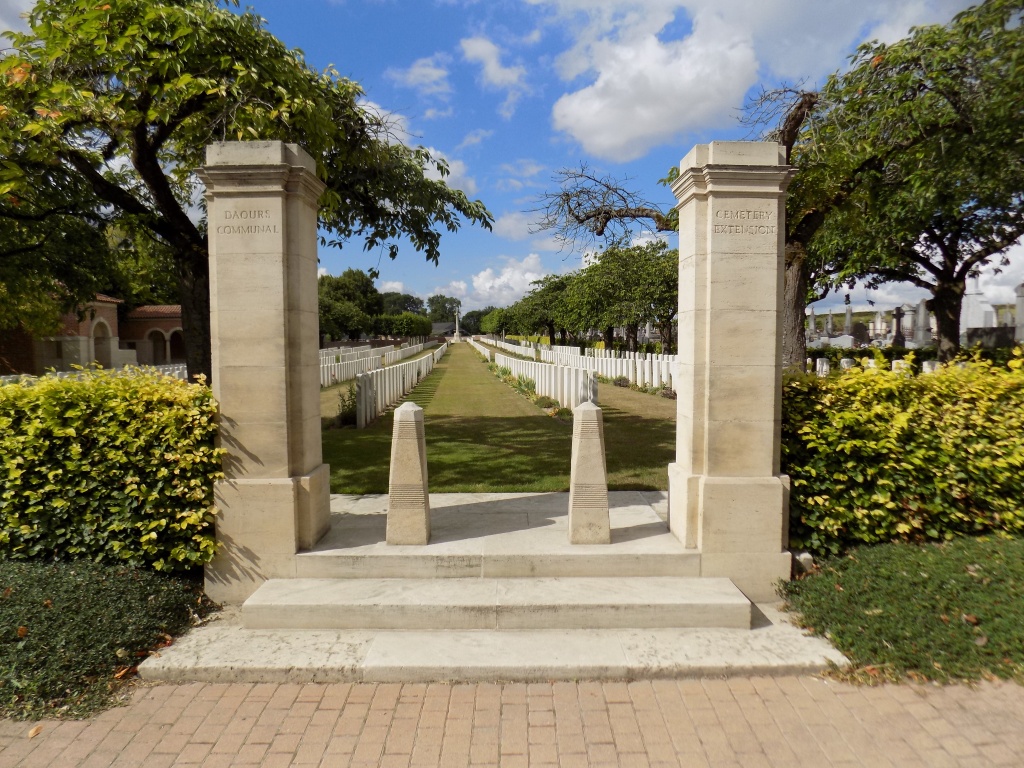 Daours is a village in the Department of the Somme, about 10 kilometres east of Amiens and is north-west of Villers-Bretonneux. Go through the village of Corbie on the D1 in the direction of Fouilloy-Amiens (A1 Paris) and then enter and travel through the village of Fouilloy on the D1 in the direction of Daours-Amiens (A16). Enter Daours and at the traffic lights turn right in the direction of Pont-Noyelle on the D115 - where the first CWGC signpost will be seen. Carry on for 0.4 kilometres and Daours Communal Cemetery is on the left hand side of the road. The Extension is on the south side of the Communal Cemetery.

The preparations for the Somme offensive of July 1916 brought a group of casualty clearing stations (the 1st/1st South Midland, 21st, 34th, 45th and Lucknow, section "B") to Daours. The extension to the communal cemetery was opened and the first burials made in Plots I, II, Row A of Plot III and the Indian plot, between June and November 1916. The Allied advance in the spring of 1917 took the hospitals with it, and no further burials were made in the cemetery until April 1918, when the Germans recovered the ground they had lost. From April to the middle of August 1918, the extension was almost a front line cemetery. In August and September 1918, the casualty clearing stations came forward again (the 5th, 37th, 41st, 53rd, 55th and 61st) but in September, the cemetery was closed. There are now 1,231 Commonwealth servicemen of the First World War buried or commemorated in Daours Communal Cemetery Extension. The total includes special memorials to four men of the Chinese labour corps whose graves in White Chateau Cemetery, Cachy, could not be located. The adjoining communal cemetery contains two First World War burials made before the extension was opened. The extension was designed by Sir Edwin Lutyens.