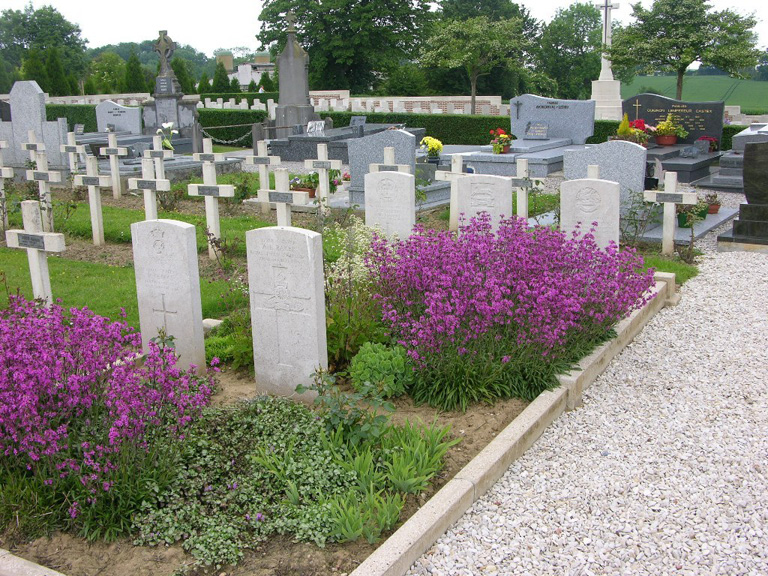 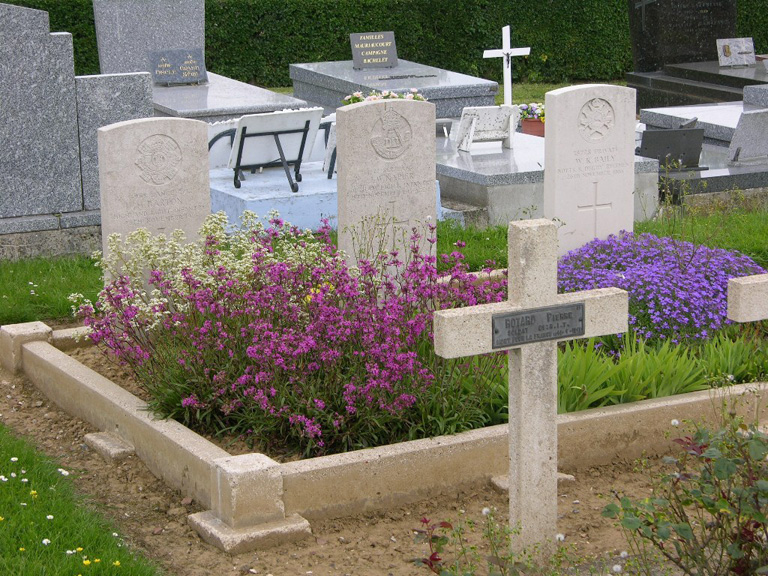 Wanquetin is a village approximately 12 kilometres west of Arras and approximately 6 kilometres north of Beaumetz. Wanquetin Communal Cemetery lies to the north-east of the village on the road to Warlus (D.59)