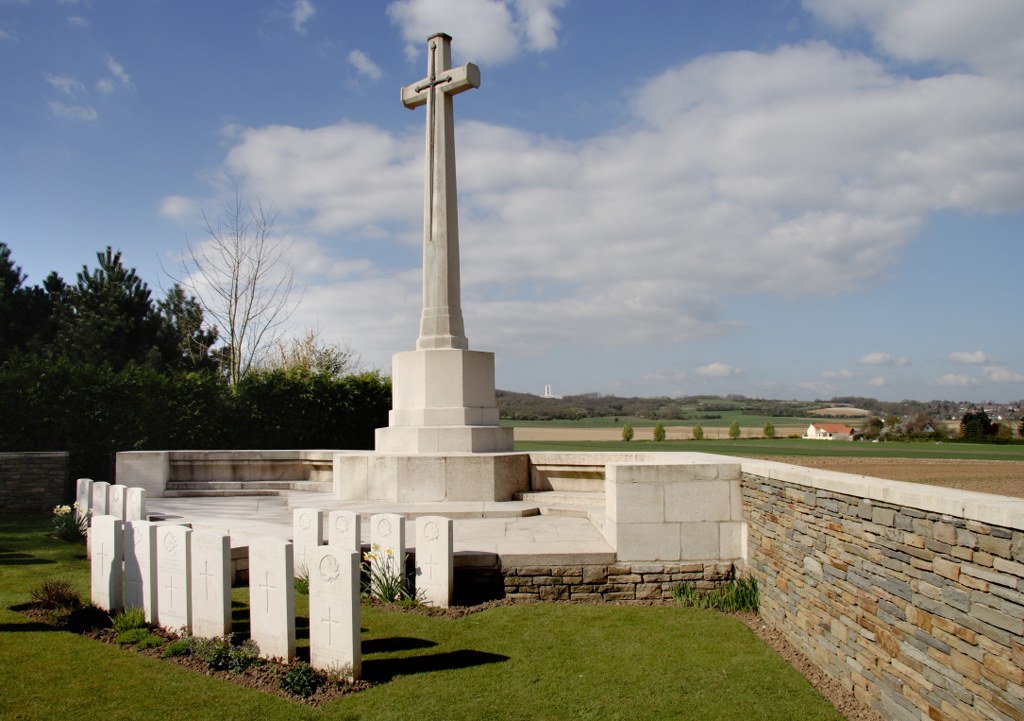 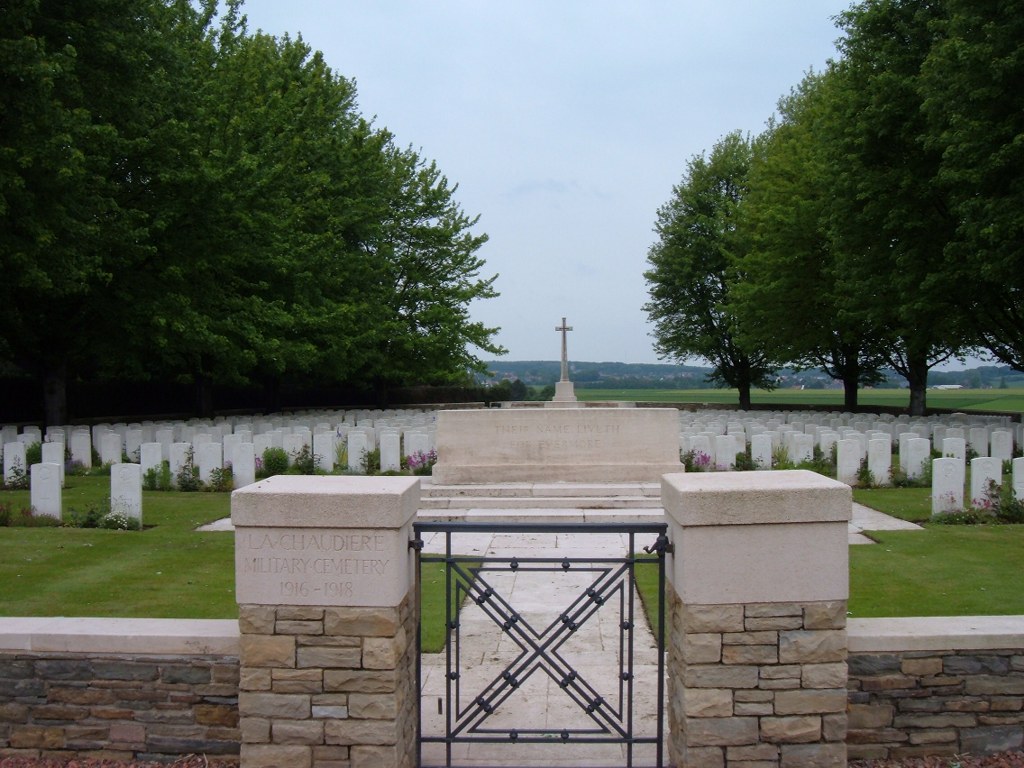 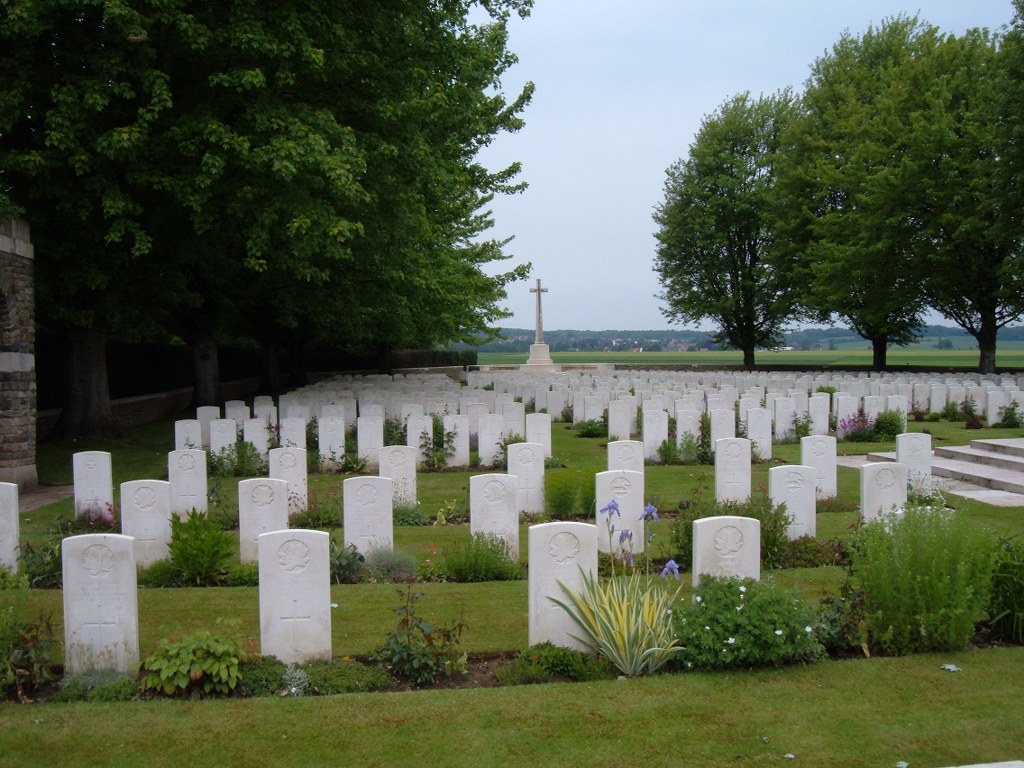 La Chaudiere Military Cemetery is approximately 3 kilometres south of Lens and is situated on the north-western outskirts of Vimy.

Vimy Ridge was taken by the Canadian Corps in April 1917 in the Battle of Vimy Ridge, although the 25th and 47th (London) Divisions had also been involved in heavy fighting there in May 1916.

The cemetery was made at the foot of the ridge, on the north-eastern side, next to a house which had contained a camouflaged German gun position. Initially it was known as Vimy Canadian Cemetery No.1. It remained very small until the summer of 1919, when graves were brought in from many other small cemeteries and isolated sites (some of these from the 1916 fighting) on or near the ridge. Among the Cemeteries moved were Annapolis Cemetery (CC. 118, a group of 52 Canadian graves at the Bois de la Chaudiere); Sumack (or Gables) Cemetery (C.D. 19, close to Annapolis, containing 39 Canadian and 3 British graves); Chinook Cemetery (C.D. 31, on the Western side of the main road, 800 metres North of La Chaudiere, containing 33 Canadian and 6 British graves); the 38th Canadian Cemetery (C.D. 16, a little North-West of La Chaudiere, containing 16 Canadian graves and 7 of the 16th Royal Warwicks); and Avion British Cemetery (C.D. 33, or The Sandpits, a group of 20 Canadian and 3 British graves in the woods West of Avion); and among the isolated graves found were those of several men of the 8th Border Regiment who fell in the 1916 fighting.

There are now 908 servicemen of the First World War buried or commemorated in this cemetery. 314 of the burials are unidentified but there are special memorials to a number of casualties known to be buried among them. Other special memorials commemorate men whose graves in some of the concentrated cemeteries had been destroyed in subsequent fighting.