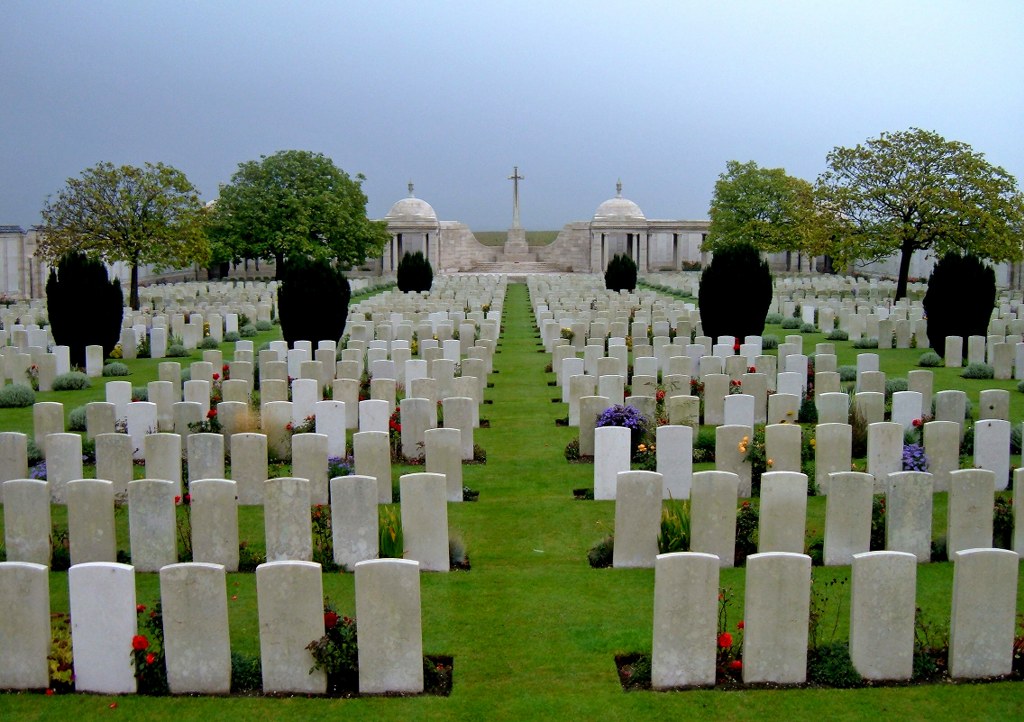 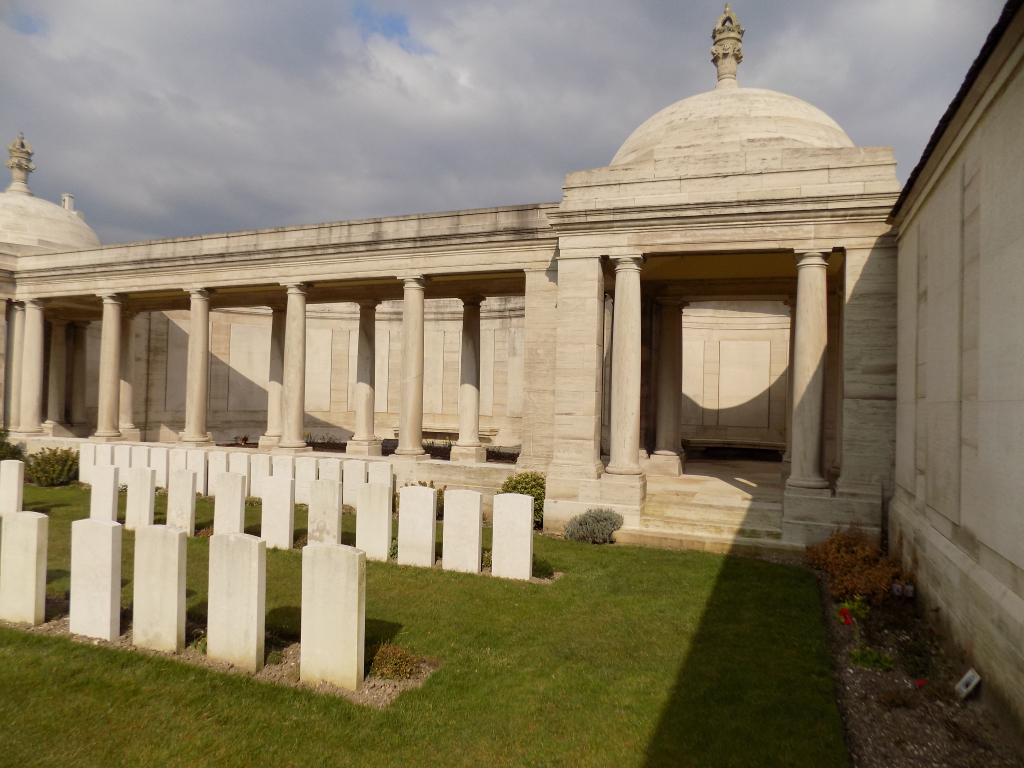 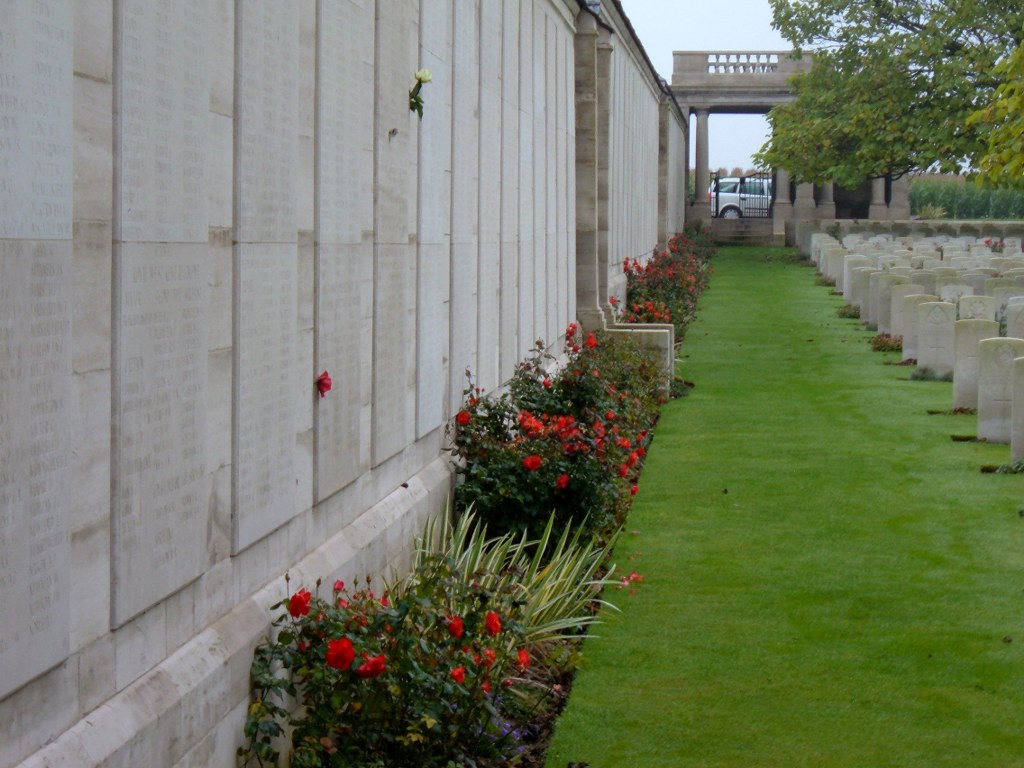 The Commonwealth War Graves Commission would like to apologise for any inconvenience caused to visitors, whilst panel number 139 is being replaced on the memorial wall

Dud Corner Cemetery stands almost on the site of a German strong point, the Lens Road Redoubt, captured by the 15th (Scottish) Division on the first day of the battle.

The name "Dud Corner" is believed to be due to the large number of unexploded enemy shells found in the neighbourhood after the Armistice.

The Loos Memorial commemorates over 20,000 officers and men who have no known grave, who fell in the area from the River Lys to the old southern boundary of the First Army, east and west of Grenay, from the first day of the Battle of Loos to the end of the war. On either side of the cemetery is a wall 15 feet high, to which are fixed tablets on which are carved the names of those commemorated. At the back are four small circular courts, open to the sky, in which the lines of tablets are continued, and between these courts are three semicircular walls or apses, two of which carry tablets, while on the centre apse is erected the Cross of Sacrifice.

The memorial was designed by Sir Herbert Baker with sculpture by Charles Wheeler. It was unveiled by Sir Nevil Macready on 4 August 1930.