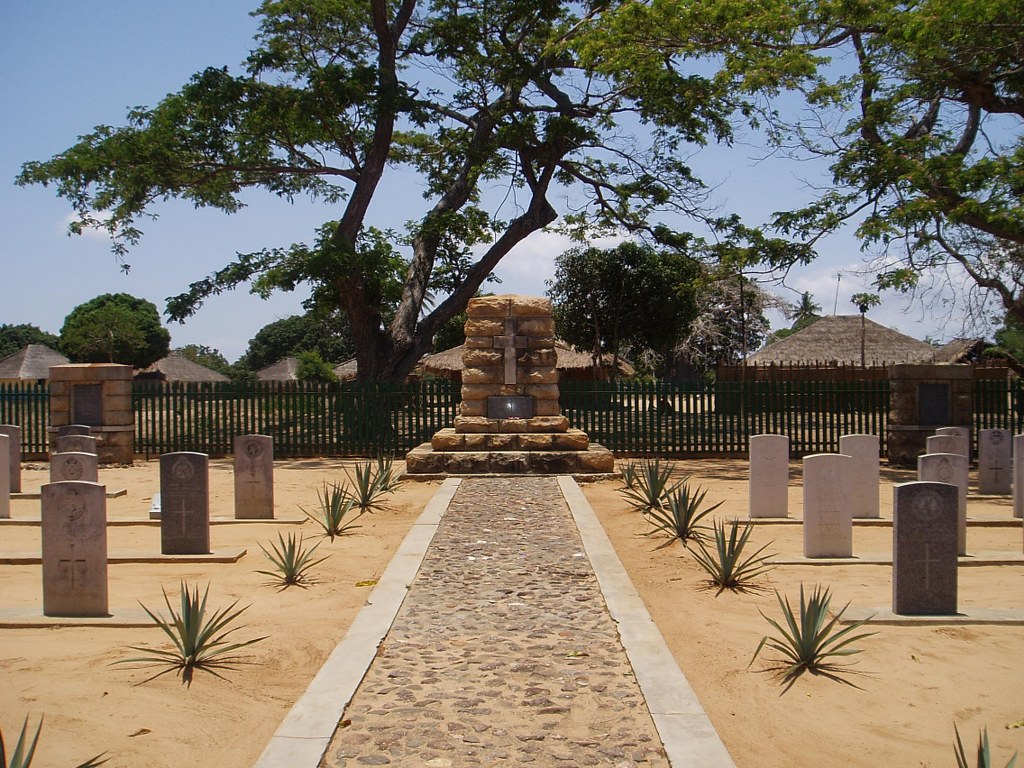 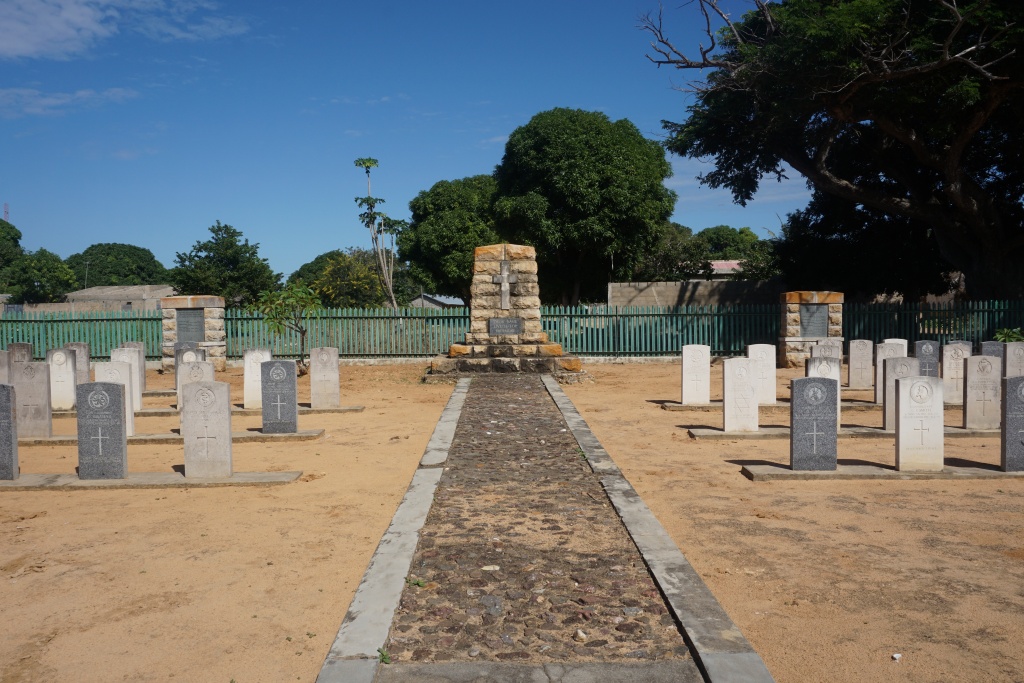 The town of Lumbo is situated on the mainland opposite Ilha da Mozambique, an island off the coast of the town of Mozambique. The cemetery is situated about 400 metres off the left side of the main road, just before the causeway to the island.

The cemetery is kept locked and the key is held by the watchman whose house is behind the cemetery.

Lumbo British Cemetery was made after the First World War to take the Commonwealth burials from Lumbo, Chinde, Quelimane and Villa Bocafe European Cemeteries. It contains 75 burials including 6 soldiers whose names and units are unknown. The Lumbo British Cemetery Memorial to African and Indian casualties who are buried elsewhere, is located in the cemetery.