The entrance is located on a busy main road. 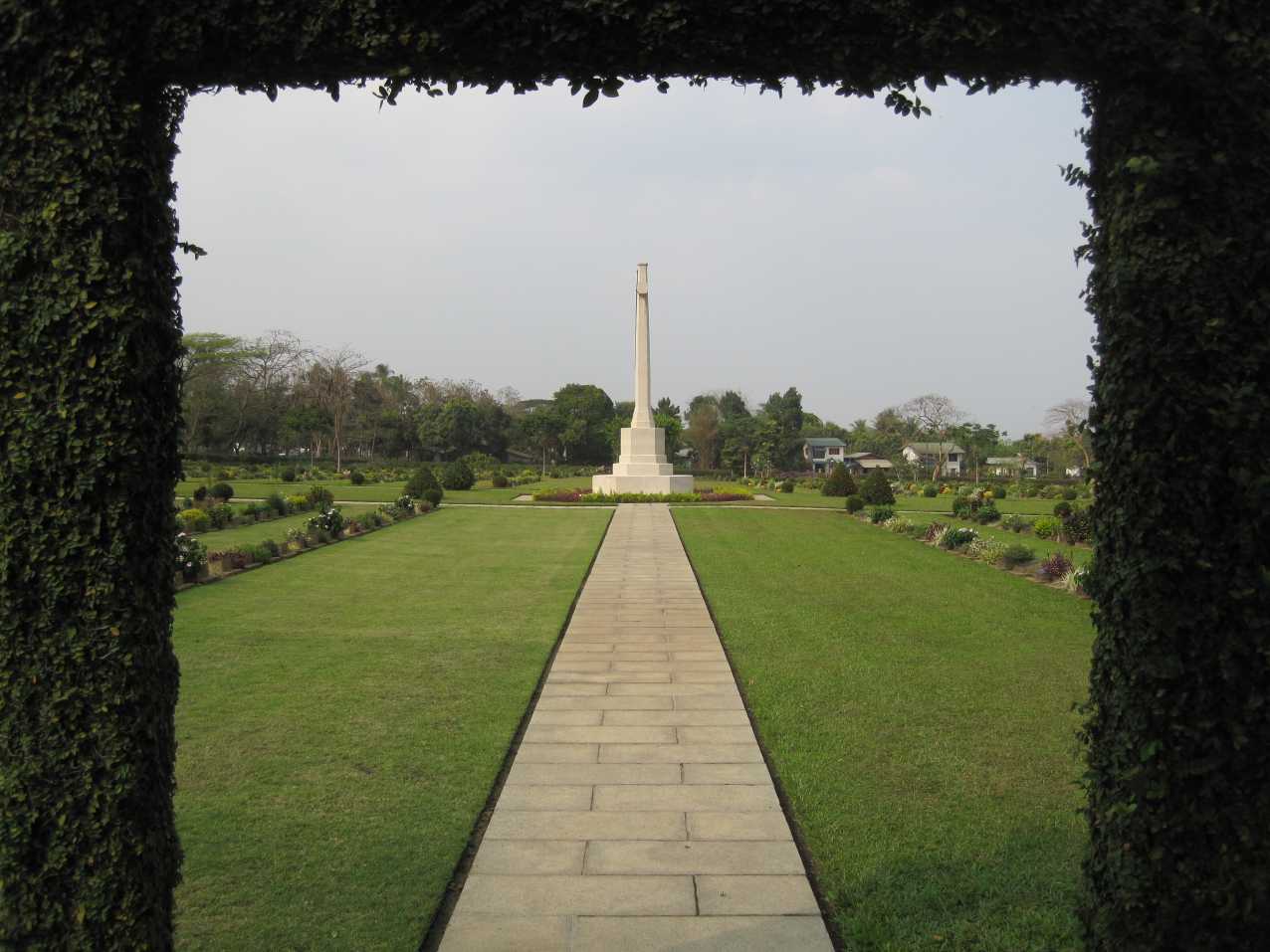 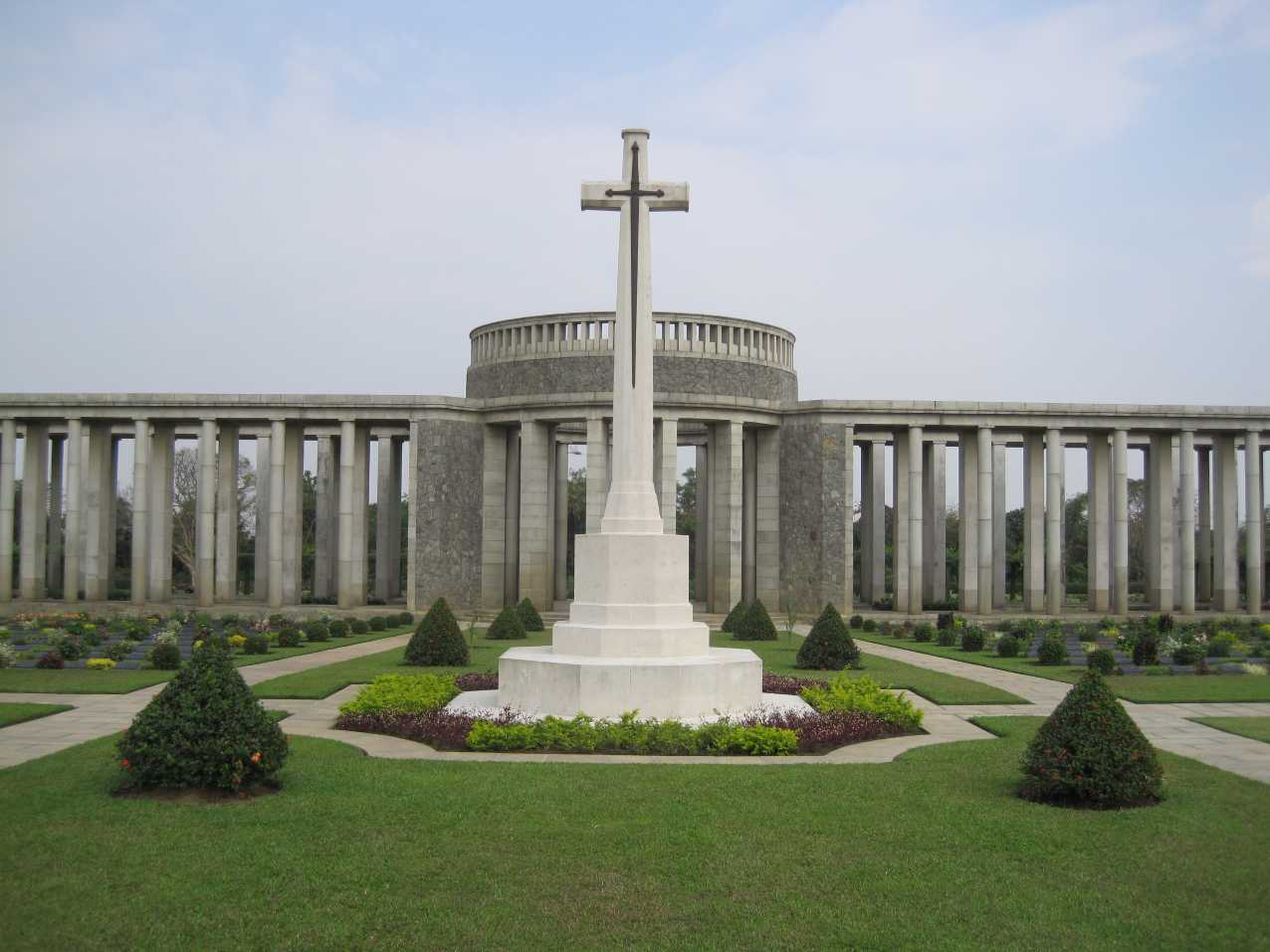 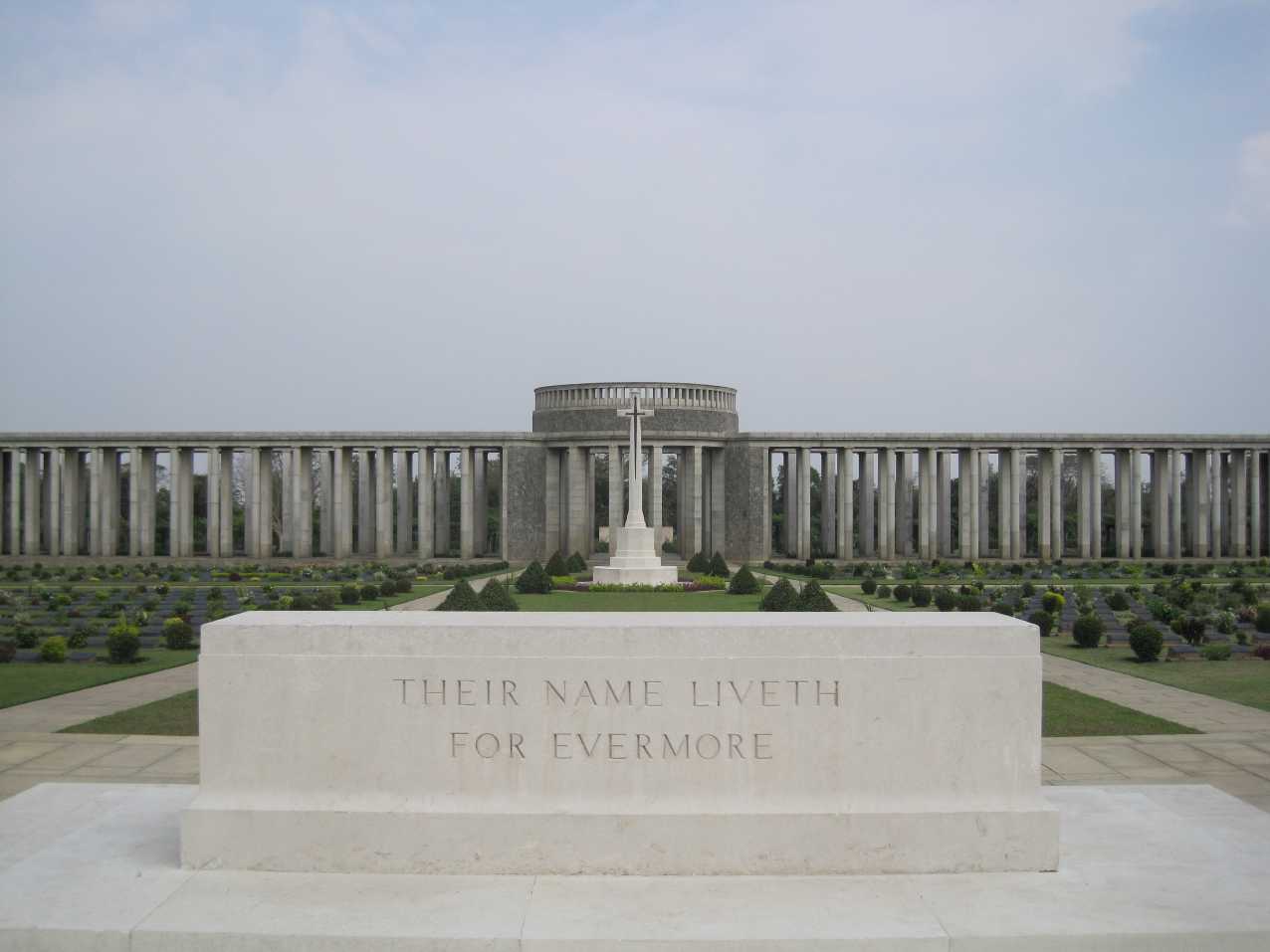 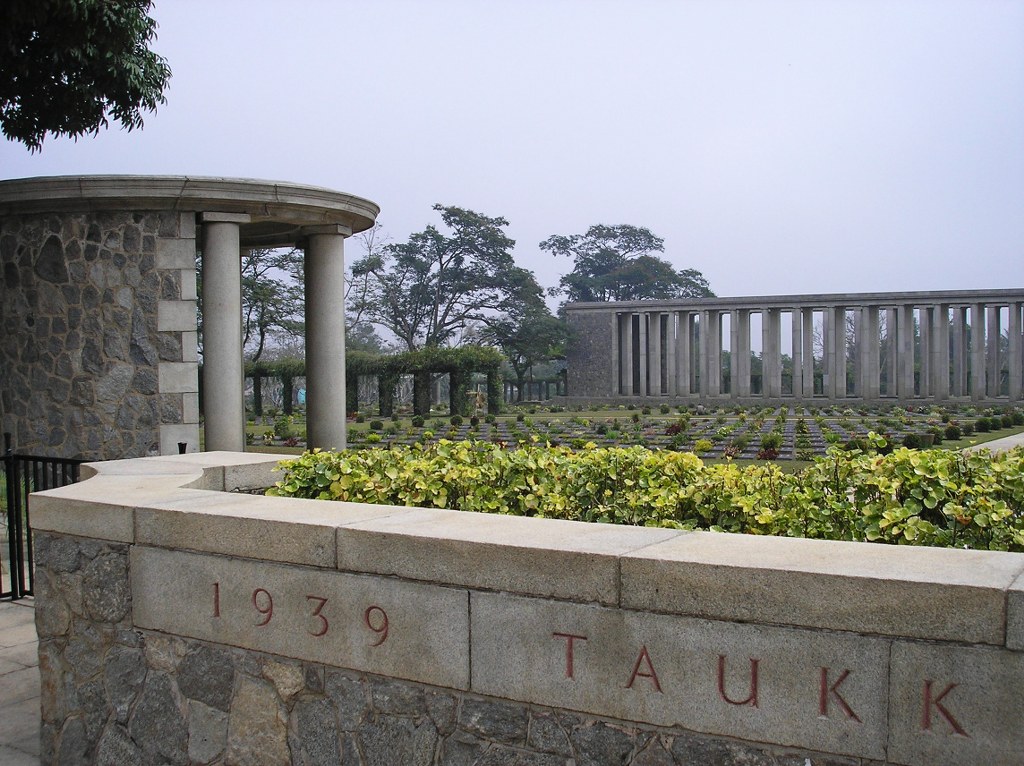 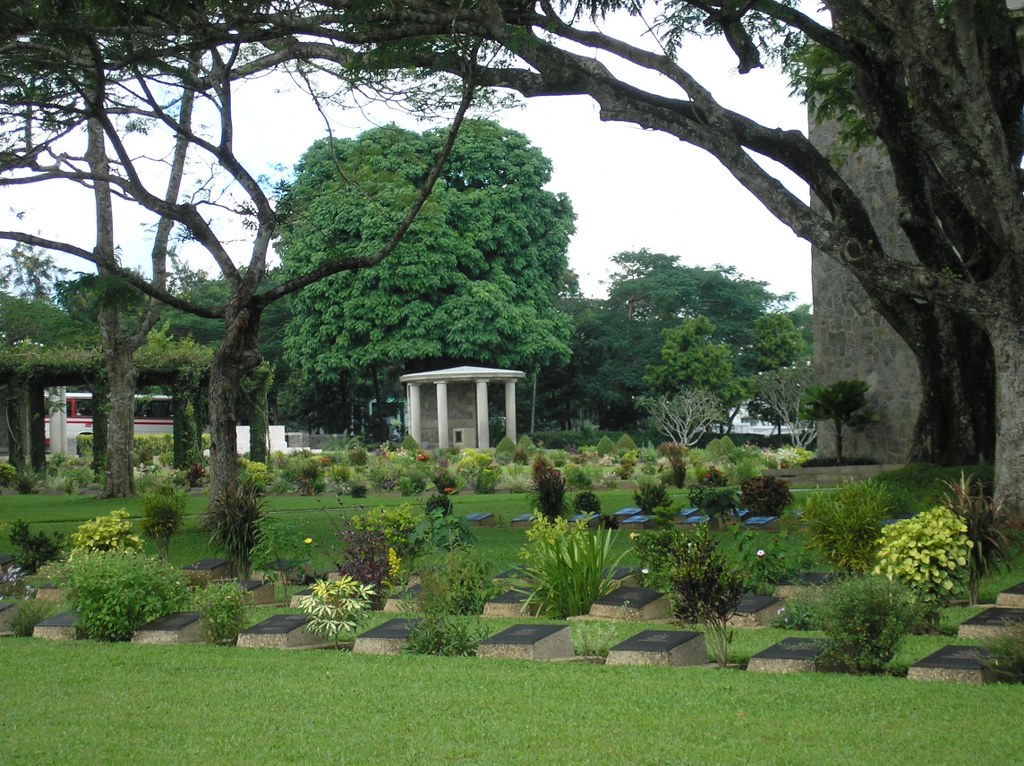 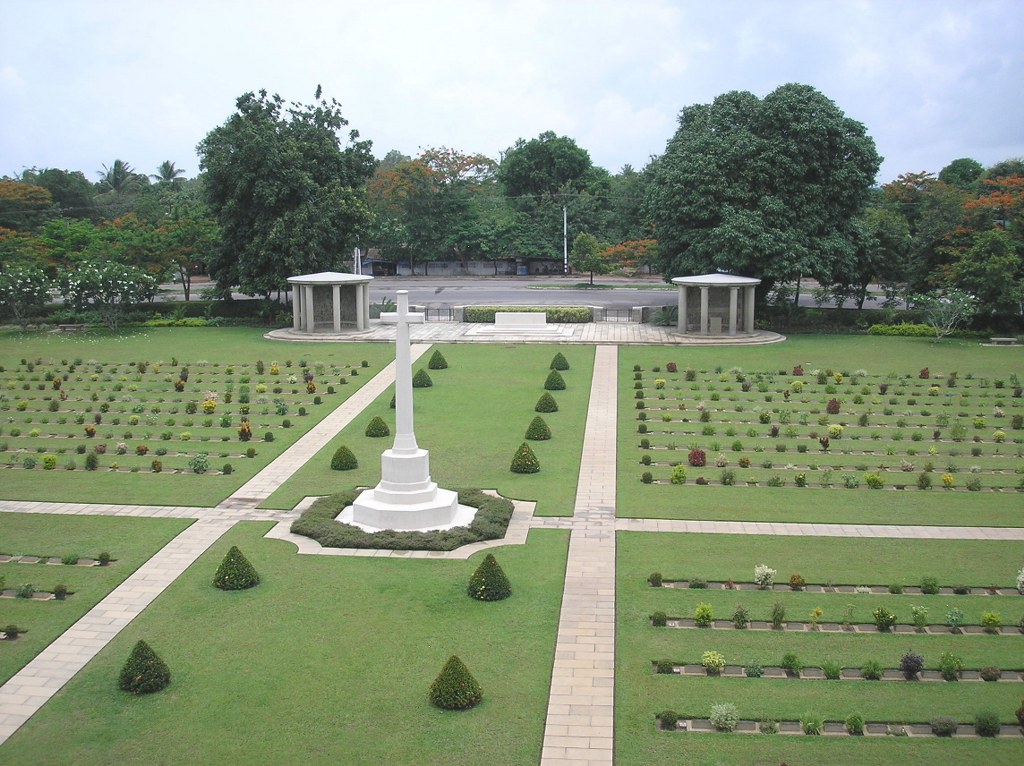 TAUKKYAN WAR CEMETERY is the largest of the three war cemeteries in Burma (now Myanmar). It was begun in 1951 for the reception of graves from four battlefield cemeteries at Akyab, Mandalay, Meiktila and Sahmaw which were difficult to access and could not be maintained. The last was an original 'Chindit' cemetery containing many of those who died in the battle for Myitkyina. The graves have been grouped together at Taukkyan to preserve the individuality of these battlefield cemeteries

There are now 6,389 Second World War Commonwealth service persons buried or commemorated in this cemetery, 867 of which are unidentified.

The TAUKKYAN CREMATION MEMORIAL commemorating more than 1,000 Second World War casualties whose remains were cremated in accordance with their faith.

The TAUKKYAN MEMORIAL which commemorates 46 servicemen of both wars who died and were buried elsewhere in Burma but whose graves could not be maintained.