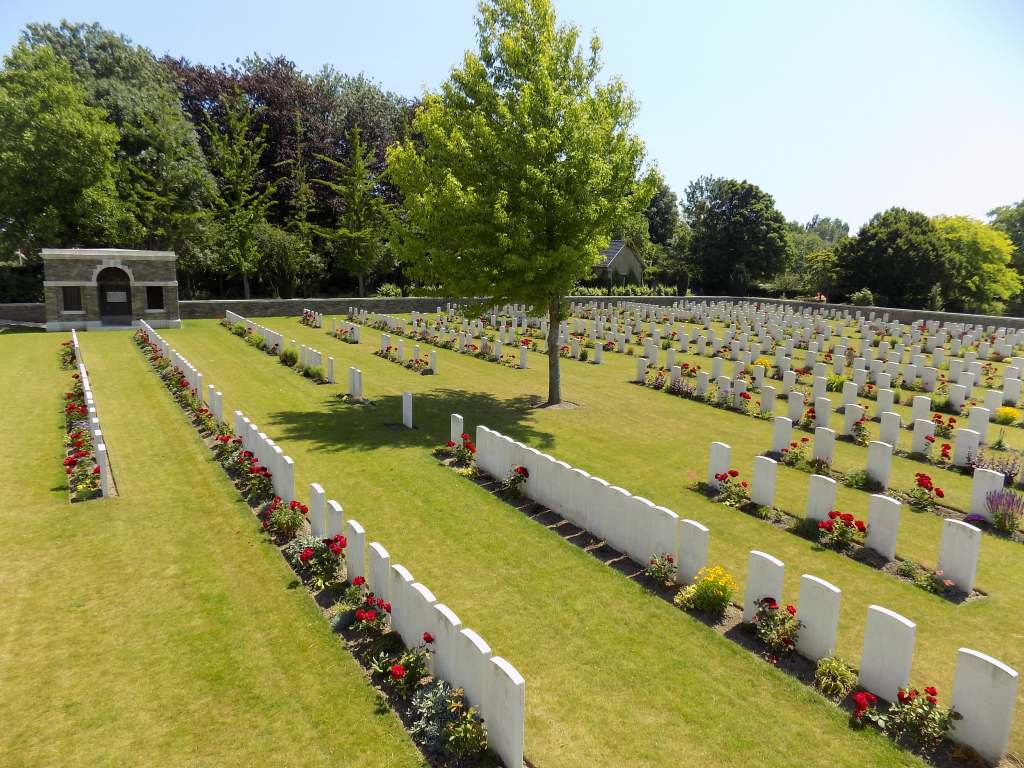 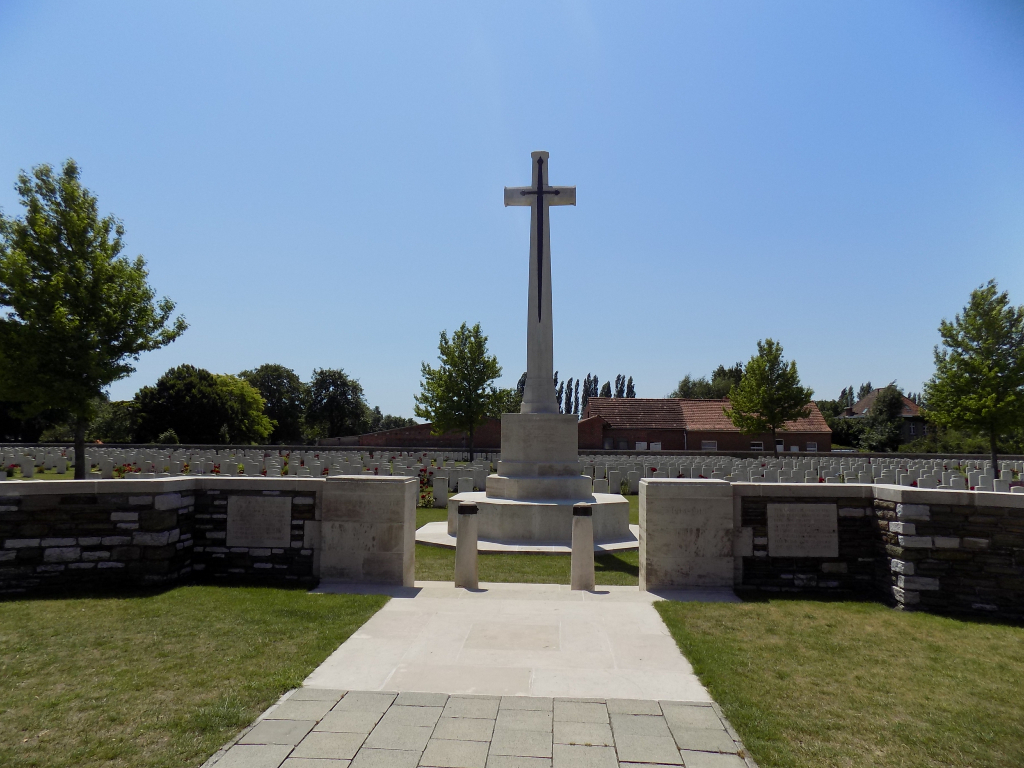 Wheelchair access to site possible, but may be by an alternative entrance. For further information regarding wheelchair access, please contact our Enquiries Section on telephone number: 01628 507200

The Menin Road ran east and a little south from Ypres (now Ieper) to a front line which varied only a few kilometres during the greater part of the war. The position of this cemetery was always within the Allied lines. It was first used in January 1916 by the 8th South Staffords and the 9th East Surreys, and it continued to be used by units and Field Ambulances until the summer of 1918. The cemetery was increased after the Armistice when graves were brought in from isolated positions on the battlefields to the east and the following cemetery:-

MENIN ROAD NORTH MILITARY CEMETERY was on the North side of the road at almost the same point. It was used by the units and Field Ambulances of another Corps from May 1915 to August 1916, and again to a small extent in 1917 and 1918. It contained the graves of 130 soldiers from the United Kingdom, three from Canada, and three from Newfoundland.

There are now 1,657 servicemen of the First World War buried or commemorated in this cemetery. 118 of the burials are unidentified but special memorials are erected to 24 casualties known or believed to be buried among them. In addition, there are special memorials to 54 casualties who were buried in Menin Road North Military Cemetery, whose graves were probably destroyed by shell fire and could not be found. These are numbered between 1 and 57.

The Royal Canadian Regiment and the Royal Highlanders of Canada set up wooden memorials in this cemetery to their dead in the Battle of Mount Sorrel, June 1916 (these were removed when the cemetery was constructed).