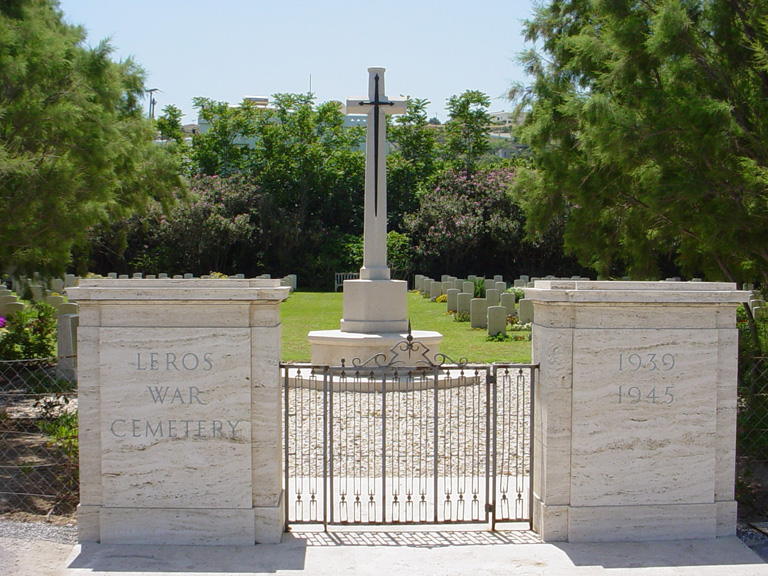 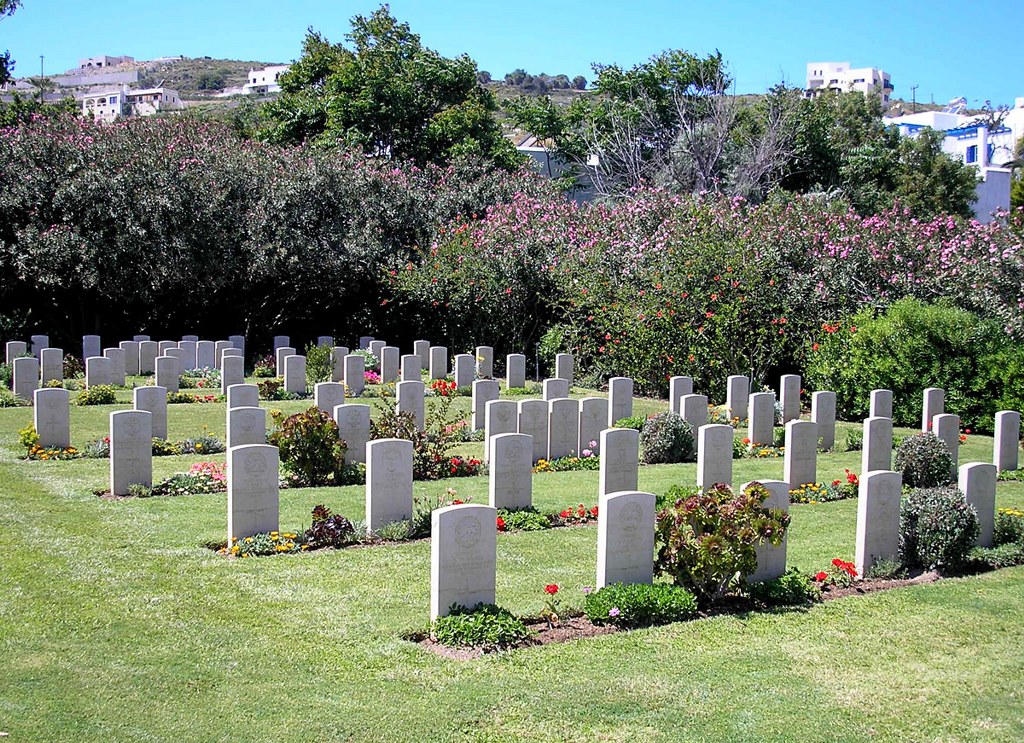 This cemetery was made by the military authorities, who moved into it all graves found on the island from isolated positions and from various civilian cemeteries. The total number of burials is 183. This is made up by 13 sailors, 162 soldiers and 4 airmen belonging to the forces of the United Kingdom; 2 airmen of the Royal Canadian Air Force; and 2 soldiers of the South African Forces. Owing to the loss or destruction of the local records by the enemy occupying forces, the identities of many of the graves were lost, so that out of the total number of 183 casualties, 3 sailors and 55 soldiers belonging to the forces of the United Kingdom are not identified. Moreover, 18 of the men buried here (17 soldiers belonging to the United Kingdom Forces and 1 belonging to South African Forces) are commemorated by special memorials which bear the inscription "Buried near this spot". Although they are known to be buried in certain groups of graves in this cemetery, their actual graves within the groups cannot be precisely located. Those whose graves are not identified are commemorated by name on the Athens Memorial to the men of the land forces of the British Commonwealth who lost their lives during the campaigns in Greece and Crete in 1941 and 1944-1945, in the Dodecanese Islands in 1943-1945 and in Yugoslavia in 1943-1945, and have no known grave. This stands in Phaleron War Cemetery, Athens, and is the subject of a separate Register.