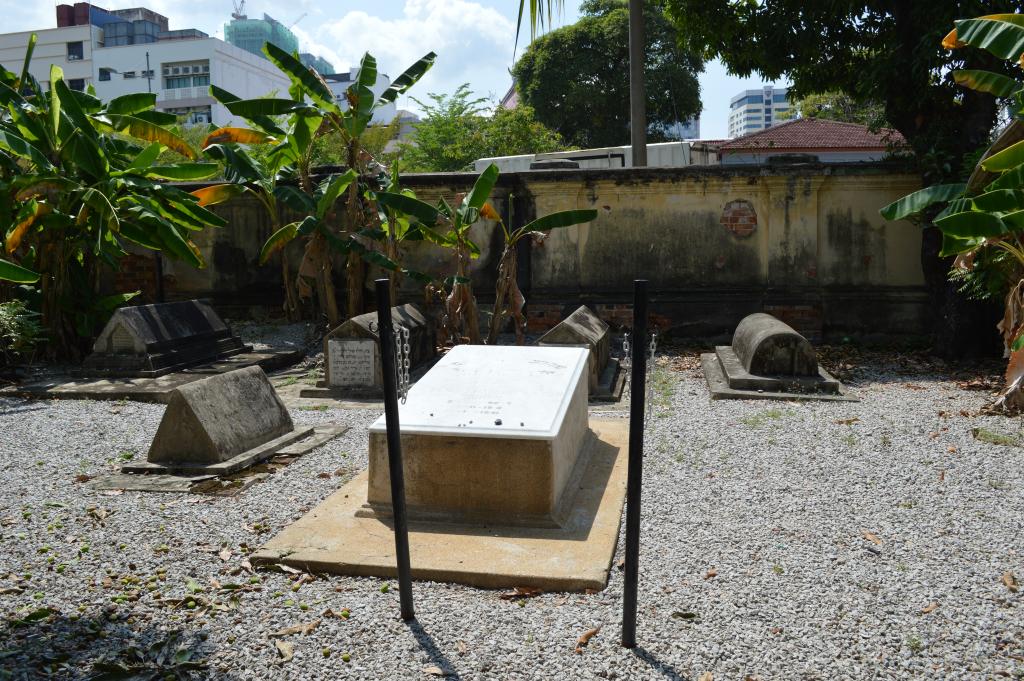 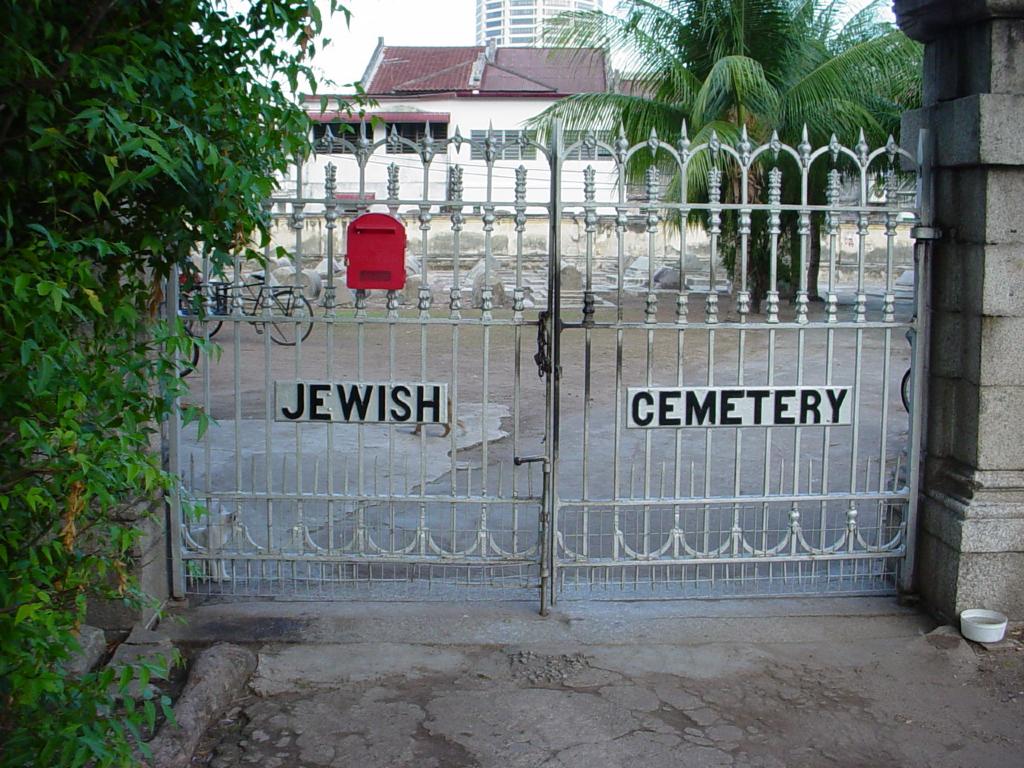 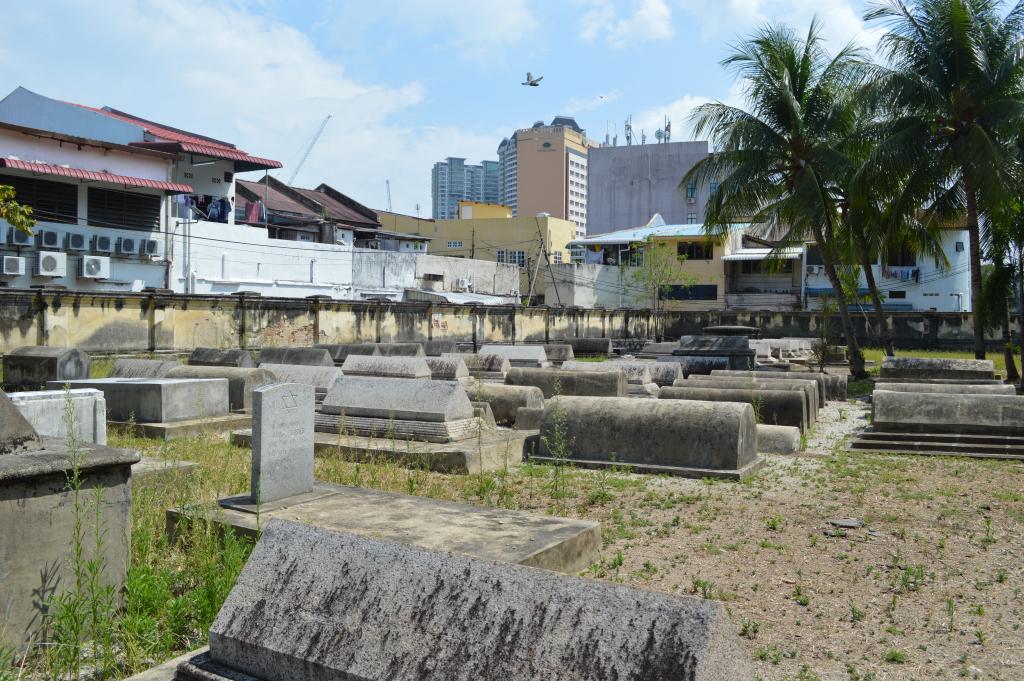 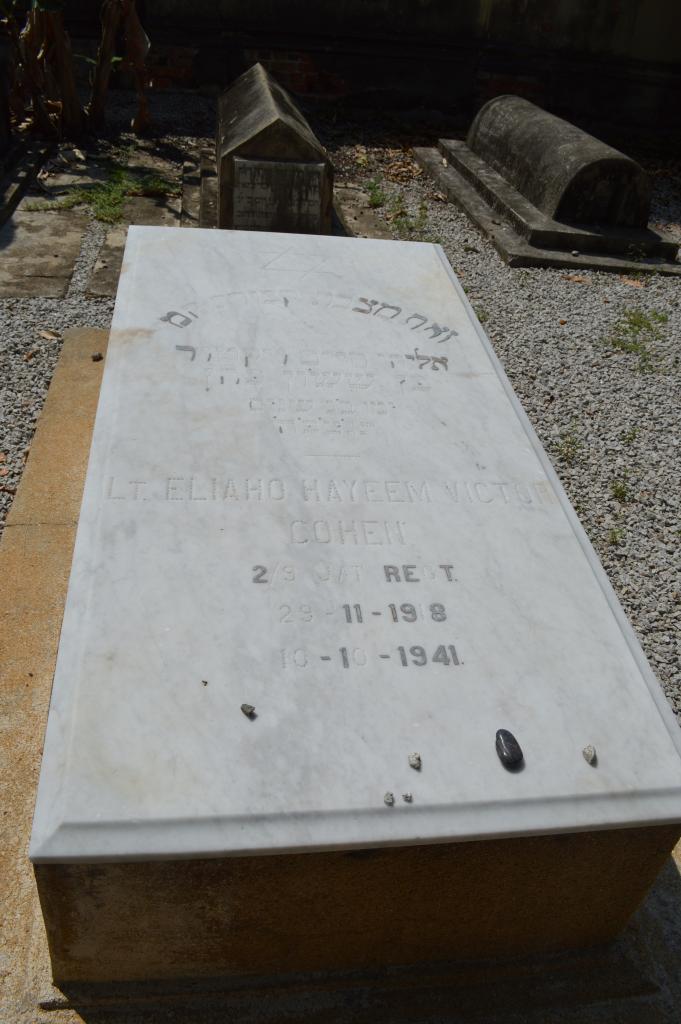 Penang is a small island off the west coast of the Malay Peninsula and is linked to the mainland by a toll bridge approximately two miles long. The Cemetery is in the main town of Georgetown, which is usually known as Penang. Despite it's name, the entrance to the cemetery is not in Jahudi Road but in Zainal Abdin Road, off Jalan Macalister. The single war grave, marked by a private memorial, is in the front left corner of the small walled site.

Penang (Jahudi Road) Jewish Cemetery is open at all times.

Penang is a small island off the west coast of the Malay Peninsula, and is only two miles from the mainland at the nearest point. Its chief town, Georgetown, is usually known as Penang and is the chief port of the Federation of Malaya. When the Japanese invaded Malaya, Penang was heavily bombed on December 12th and 13th, 1941, suffering several thousand casualties, mostly civilians; it was evacuated three days later. Jahudi Road links Burma and Macalister roads, and this cemetery is on the right as you enter Jahudi Road from Burma Road. The one war grave is marked by a permanent private memorial.