Visit the CWGC in Ieper

The town of Ieper, also known as Ypres, West Flanders, an area that saw intense fighting throughout the First World War. Known to the British troops based there during the war as ‘Wipers’, the town is intrinsically linked with the war.

Ypres was a key strategic point in the front lines having been captured by British troops during the opening months of the war. This advance caused a bulge in the line, known as the Ypres Salient, which was the site of many of the fiercest battles of the war.

Today, the town has been rebuilt but still retains its ties to the war. Ieper is home to the iconic Menin Gate Memorial to the Missing and a number of other CWGC cemeteries and memorials throughout the region. 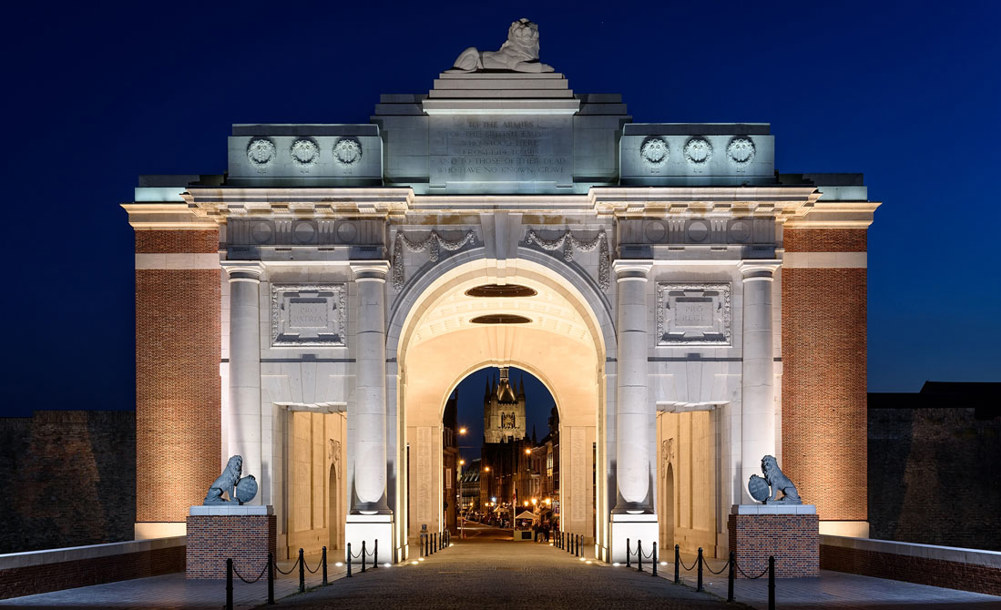 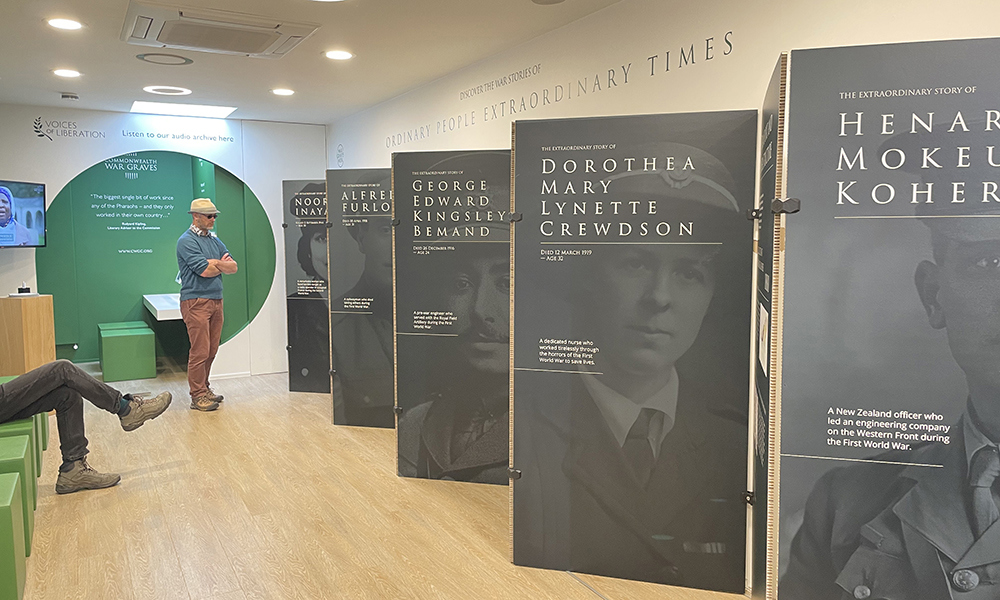 The CWGC Ieper Information Centre is in the centre of town, just a stone’s throw from the iconic Menin Gate. The centre is the perfect starting point when visiting any of the cemeteries and memorials that commemorate those that fell during World War One.

Drop in and our friendly team will help you find out more about CWGC’s local sites, undertake research on the CWGC database or answer questions you may have about our work. You can also pick up a souvenir from the CWGC shop or join our membership scheme. 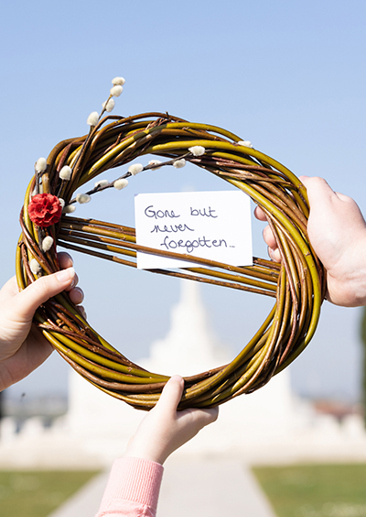 Purchase a wreath or a CWGC souvenir

Our wreaths are now on sale at the Ieper Information Centre. Each wreath is carefully and respectfully handmade in the former Ypres Salient from woven fresh willow that grows on the former battlefields.

They contains a gorgeous blend of brown and greenish twigs that over time will dry-out to become a beautiful uniform colour. Soft willow catkins provide a touch of white that will never fade, symbolising our commitment to never forget the lives which were lost during the World Wars. A single red flower provides the finishing touch, a colourful glint amongst the headstones.

The Ieper Information Centre is open to the public on:

No booking is required.

The centre is closed for maintenance from mid-December until re-opening the first week of February.

A gift shop is available at the centre. There is a multi-language service available, offering information and brochures about the Commonwealth War Graves Commission and the numerous sites to visit in the area.

You can also freely access our casualty database via iPad to help you find the location of graves of your interest.

We are committed to providing an accessible attraction, and we strive to ensure that visitors with disabilities can enjoy as much of our centre as possible. If you have any questions, or to arrange any additional support for your visit please email enquiries@cwgc.org or call us on +44 (0) 1628 507200. Our Ieper Information Centre is reachable during opening hours on +32 57 35 27 91.

Find us in Ieper

Explore CWGC sites in and around Ieper

The trench warfare around the Ypres Salient cost thousands of lives on both sides. Many of our largest cemeteries and memorials can be found in the Flanders region. Some of the closest sites to the town are:

The Menin Gate is one of the most famous war memorials in the world. Unveiled on 24 July 1927, the memorial bears the names of more than 54,000 men and officers from around the Commonwealth who died in the region and have no known grave.

Located to the north-east of the town, New Irish Farm cemetery is the final resting place of more than 4,700 Commonwealth servicemen of World War One who were brought to the site from battlefield burials and smaller cemeteries in the region.

Named after the nearby Hooge Chateau and a crater caused by a mine explosion, Hooge Crater Cemetery lies in an area that saw incredibly fierce fighting throughout the duration of the war. Close to 6,000 World War One burials can be found here, more than half of which remain unidentified.

There are more than 5,000 World War One burials at Bedford House Cemetery, as well as 69 World War Two burials. It is named after the Chateau Rosendal, which was named Bedford House by Commonwealth troops stationed nearby.

What to see in Ieper

As well as its ties to the world wars, Ieper has a rich cultural and historical character. There is a huge array of places to see and things to do:

The Last Post
Every evening at 8pm, a stillness passes across Ieper. Underneath the Menin Gate, the Last Post is played; a moving tribute to all those who fought and died in the war. Visitors are welcome to attend and share in the town’s moment of remembrance.
Ypres Cloth Hall
A stunning example of medieval architecture, the cloth hall – dating from 1304 - was destroyed by artillery fire during the war. Painstakingly reconstructed, and now on the UNESCO World Heritage List, it stands as part of Ieper’s incredible history.
In Flanders Fields Museum
Located in Ieper’s famous Cloth Hall, the museum tells the story of World War One. You’ll find artifacts, stories and exhibitions about the war and its effects on the landscape and people of Flanders.
St. Martin’s Cathedral
Like the Cloth Hall, St. Martin’s Cathedral was originally completed in the 1300s, and stood until World War One, when it was heavily damaged by artillery fire. Rebuilt in the years following the war, the cathedral stands as another key pillar of Ieper’s history.
Festival of the Cats
Kattenstoet, or the ‘festival of the cats’, happens on the second Sunday of May each year. As part of the festival, a jester throws stuffed toy cats from the top of the Cloth Hall, a feline-friendly version of a tradition dating back to the middle-ages.
Gent-Wevelgem cycle race
One of Europe’s premier road cycling races occurs each year through Flanders. The Gent-Wevelgem – In Flanders Fields race starts in the shadow of the Menin Gate before following a route that takes it past several CWGC sites in the region.
Restoring the iconic Menin Gate Memorial

The restoration of the Menin Gate Memorial, Ieper, will start in 2023 and will restore the Memorial to its former glory and ready for its centenary in 2027. The project will mean the temporary closure of the memorial to the public, but will preserve the memorial for decades to come.

Find out more about the restoration