Please be aware that there is a large flight of steps with no handrail, in the vicinity of the Cross of Sacrifice. There are also leeches and large stinging ants in the shrubbery throughout the Cemetery. 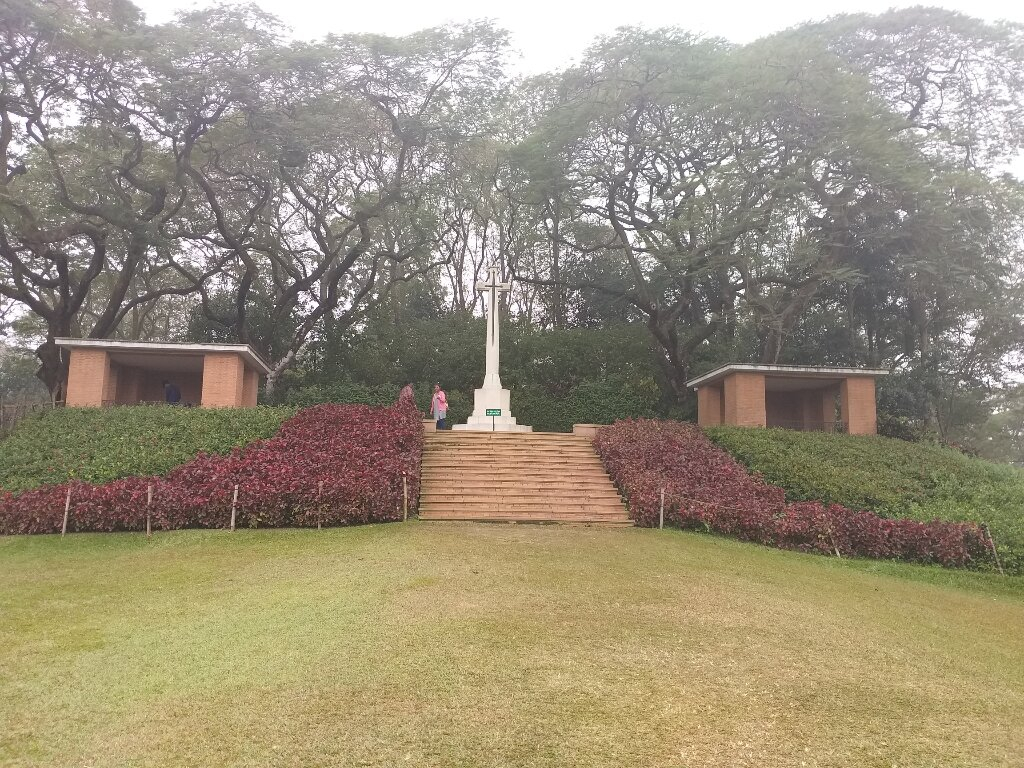 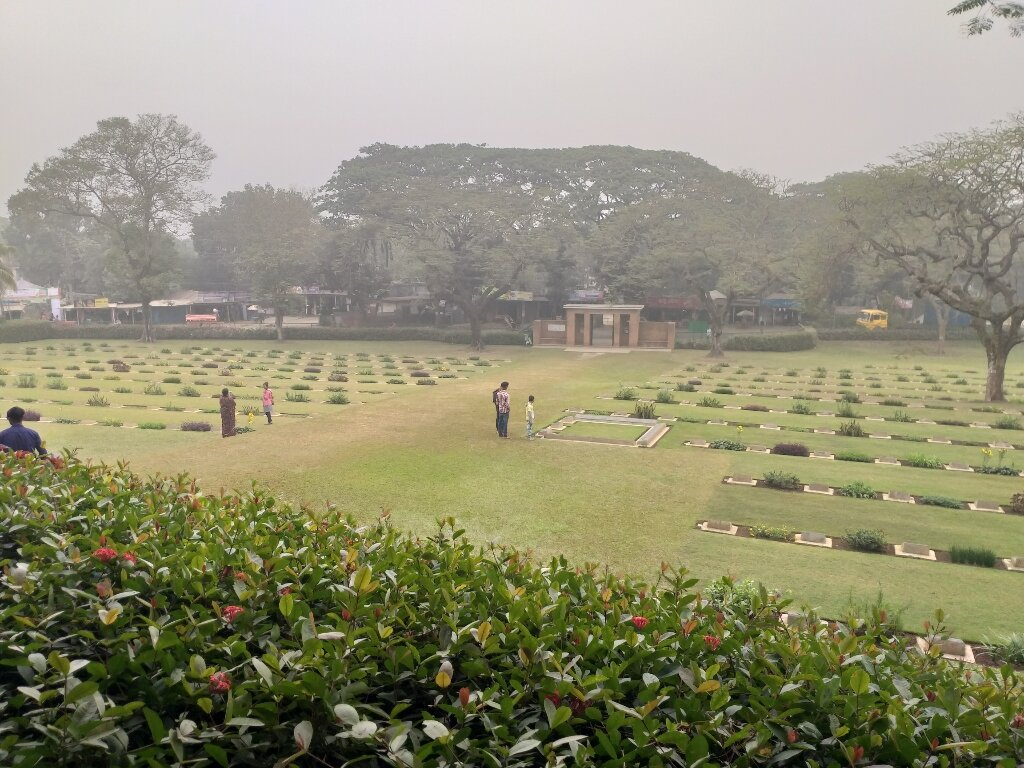 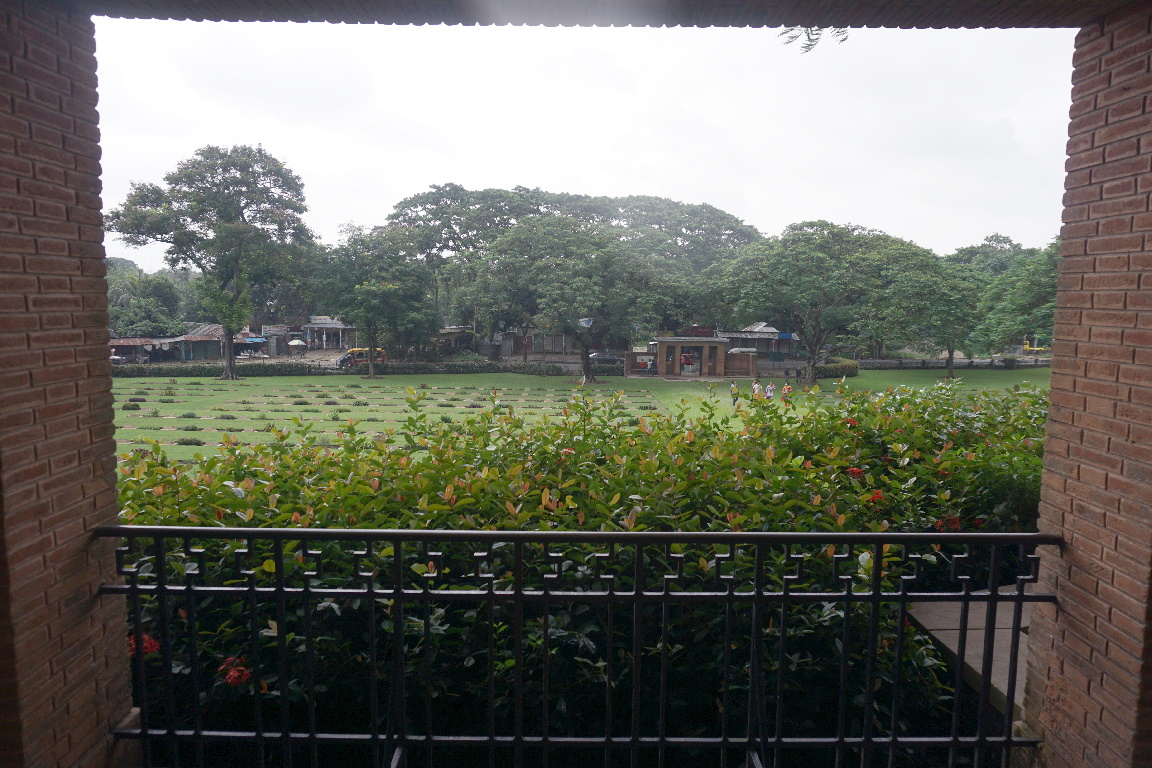 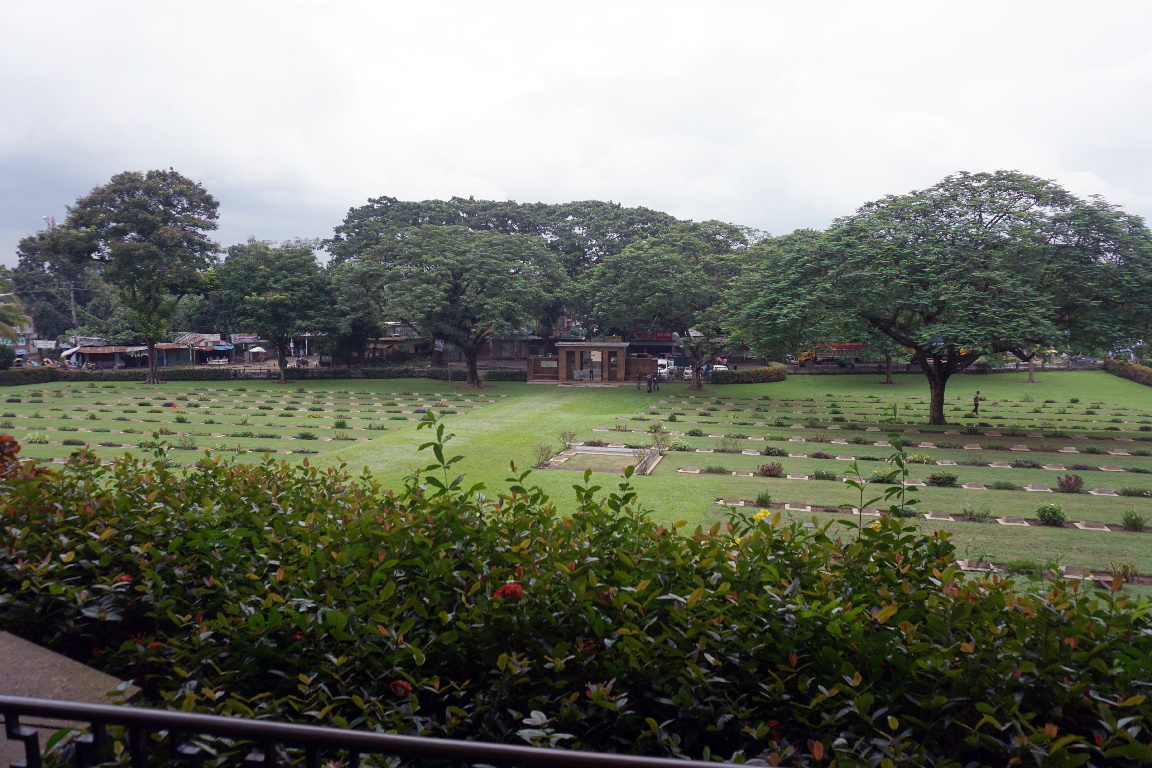 Maynamati is some 7 kilometres from the centre of Comilla, which is on the railway line linking Dhaka to Chittagong. It can be reached by train to Comilla railway station, 9 kilometres from the cemetery, or by the Dhaka - Chittagong highway. The cemetery is 1 kilometre down the road leading from Comilla to Sylinet and a short distance past the Cantonment Military Hospital. There is a C.W.G.C. road direction sign on a roundabout at the crossroad.

Maynamati War Cemetery is open every day between 08:00-12:00 and 14:00-17:00. Wheelchair access possible via main entrance. For further information regarding wheelchair access, please contact our Enquiries Section on 01628 507200.

Before the war Maynamati was a hamlet of a few dozen huts, but during the war a large military camp was established there. Several ordnance depots and a number of military hospitals, both British and Indian, were in the area, including Nos. 14 and 150 British General Hospitals; and the majority of the burials in Maynamati War Cemetery were from the various hospitals. Graves from isolated places in the surrounding country, and some from as far afield as Burma, were moved into the cemetery by the Army Graves Service and later on by the Commission; and it was found necessary to transfer also graves from small cemeteries at Dacca, Faridpur, Paksay, Saidpur, Santahan and Sirajgany, where they could not be maintained. The cemetery was started by the Army and laid out by the garrison engineer. It is dominated by a small flat-topped hill crowned with indigenous flowering and evergreen trees. Between the entrance and this hill lie the Christian graves, and on the far side of it are the Muslim graves. On a terrace about half-way up the hill, facing the entrance, stands the Cross of Sacrifice, and on the other side a shelter looks over the Muslim graves to a tree-framed view of the countryside beyond. There are now over 700, 1939-45 war casualties commemorated in this cemetery.