Visit the CWGC in Malta and explore Malta's history

Known as the Nurse of the Mediterranean, Malta played an important role during both world wars. Today tourists from all over the world visit Malta to sample its unique culture, the unparalleled scenery and to immerse themselves into the history of this historic island.

Find out more about these incredible sites, their part in the history of Malta and some of the fascinating people we commemorate.

CAPUCCINI MILITARY CEMETERY
Walk through the beautiful stone arch at the entrance and be captivated by one of the most moving cemeteries in Malta.
PIETA MILITARY CEMETERY
This beautiful walled cemetery in the heart of Pieta is a poignant mix of both war and civilian casualties.
IMTARFA MILITARY CEMETERY
In the shadow of the ancient city of Medina lies Imtarfa Military Cemetery. A beautiful, tranquil site steeped in history, start your journey of discovery here.

What did Malta do in the wars?

Malta's position in the Mediterranean Sea meant it played a key role in both world wars. During the First World War, it became an important medical centre, earning the name 'the nursemaid of the Mediterranean'. In the Second World War, it became an island fortress, besieged by German and Italian forces who hoped to deprive the Allied of a valuable strategic outpost between Italy and North Africa. 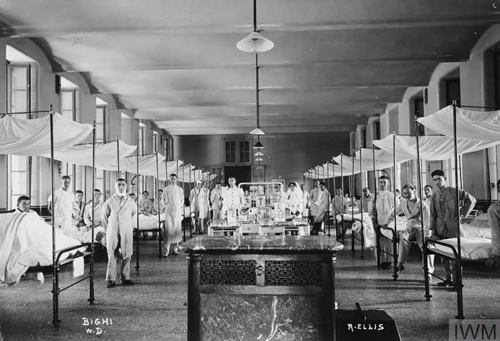 Learn about Malta's connection with the First World War.

Did Malta Fight In Ww1?

Many Maltese served during the war, often in the Royal Navy and Royal Naval Reserve, and in the army in the Royal Malta Artillery and the King's Own Malta Regiment of Militia. However, a large number also served as part of the Maltese Labour Corps.

The Maltese Labour Corps was raised in 1915 to support Allied operations in the Mediterranean. The First Battalion was formed by volunteers as part of the British Army. These men would serve in Gallipoli, Salonika, Italy and Turkey, often as labourers but also as cooks, waiters and miners.

Throughout the course of the war, more than 5000 volunteers served as part of the Maltese Labour Corps, with more than 120 deaths. The men who died are commemorated at CWGC war cemeteries across the region.

THE 'NURSE OF THE MEDITERRANEAN' - Malta WW1

As an important stop on the main shipping routes through the Mediterranean, Malta was used as a shipping way-station and headquarters for the Royal Navy’s Mediterranean Fleet. Although Malta’s contribution to the armed conflict was minimal at the start of the First World War it was during the Gallipoli campaign that the island came to the fore.

Malta has a long history of medical care dating back to the Middle Ages and the Knights of St. John, also known as the Knights Hospitaller. During the Gallipoli campaign, an average of 2,000 wounded or sick servicemen were evacuated to the island every week, many of these ANZAC troops. The island’s medical facilities grew to 27 hospitals with 25,000 beds and staffed by 334 medical officers and 913 nurses.

Praised for the level and standards of care the island was known as the ‘Nurse of the Mediterranean’ with Maltese hospitals and medical teams treating a record 20,994 patients in one day During the war over 130,000 wounded or sick servicemen from the fighting fronts in Gallipoli, Salonika and the Middle East were treated in Malta. 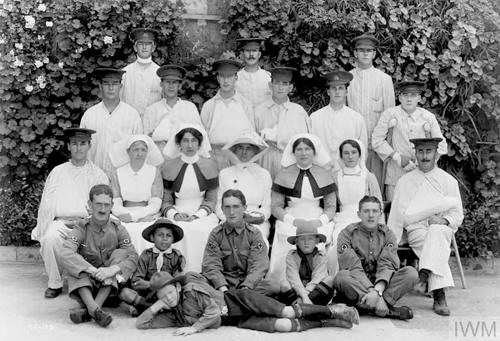 Discover some of the key moments in Malta during the Second World War.

Described by Winston Churchill as an ‘unsinkable aircraft carrier’, the island of Malta was pivotal for operations in the Mediterranean theatre for both Allied and Axis forces during the Second World War.

For the Allies, it was a well-located base to conduct air attacks and maritime operations against Axis forces and supply lines. For the Axis, it was a strategic thorn in their side which needed to be neutralised either by bombing, invasion or starving into submission. For the population it meant continual attacks, shortages and hardship being less than 30 minutes flying time from Axis airfields in Sicily.

The Axis onslaught started on the 11th June 1940, the day after Italy’s entry into the war, with the Regia Aeronautica (Italian Royal Air Force) attacking Hal Far and later the remaining airfields and Grand Harbour in Valetta. Malta’s air defences relied on older Gloster Sea Gladiators quickly reinforced by newer Hawker Hurricane fighters, as well as a collection of torpedo bombers, reconnaissance aircraft and seaplanes, while a small number of anti-aircraft batteries defended the airfields and harbourers.

During enemy air raids the Gladiators and Hurricanes struggled to make height to mount an effective defence, but the sight of them gave the population hope and forced the enemy bombers to remain at high altitudes meaning their bombing attacks were less accurate.

However less accurate bombs could still be lethal for the civilian population especially those around the airfields and harbours. The population took to sheltering in the cellars and caves cut into the rock of the island. 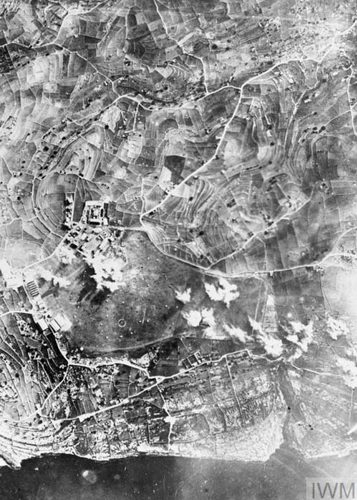 In January 1941, as a result of Italian failures in North Africa, German forces were sent to the Mediterranean. Royal Air Force and Royal Navy forces based at Malta posed a threat to Axis shipping to North Africa and so the island came under renewed attack by the more experienced and better equipped German Luftwaffe able to attack in greater numbers and at a lower level.

Outnumbered the Malta fighter flights struggled to repel the near-constant attacks. Aircraft availability was low despite monumental efforts by the groundcrews, cannibalising and ‘souping up’ damaged aircraft for parts to keep the few working aircraft flying. 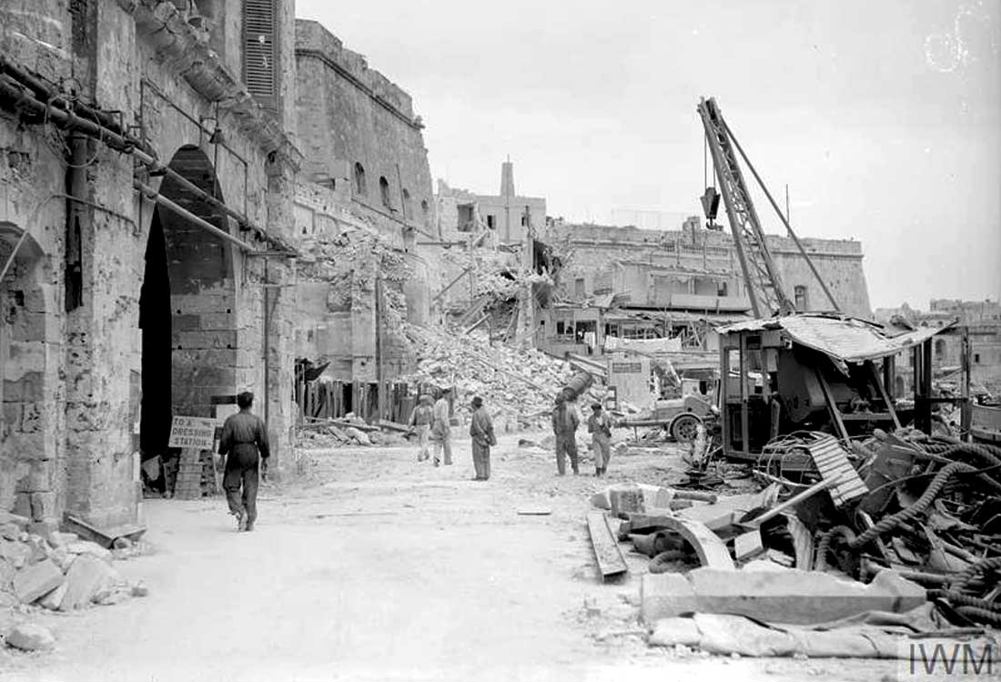 The threat of invasion hung over the island, but in June 1941 the majority of the Luftwaffe departed the Mediterranean for eastern Europe and the imminent invasion of Russia, leaving the Regia Aeronautica to continue its higher-level bombing campaign against Malta. This gave some respite and several supply convoys were able to reinforce the island, and commonwealth forces were able to go on the offensive against Axis shipping supplying North Africa.

Unfortunately, this didn’t last, and the Luftwaffe returned in January 1942 with a renewed, more sustained campaign, often with ten raids a day, leaving the island in rubble, pockmarked with bomb craters and unexploded bombs.

How many bombs were dropped on Malta in WW2

To put the bombing in context, some 18,000 tons of bombs were dropped on London during the whole of the Blitz, while over 6,500 tons were dropped on Malta – an area one-fifth the size of Greater London– during April 1942 alone, making Malta one of the most heavily bombed places on earth. 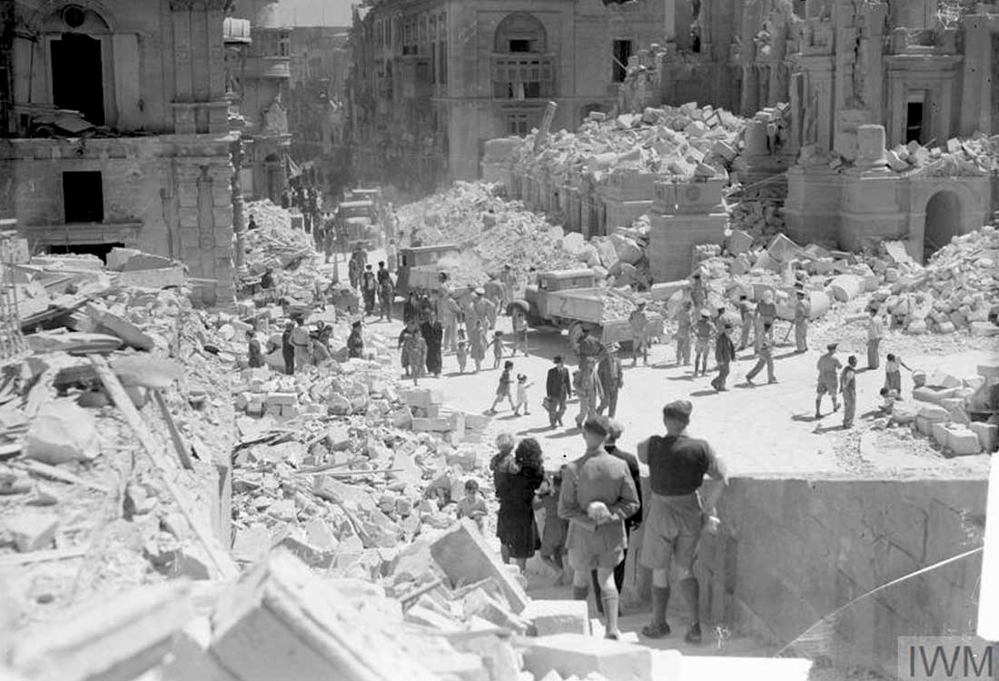 The local population bore the brunt of the assault, many killed and maimed, their homes and infrastructure destroyed yet still they carried on defending the island and supporting operations against the Axis. In recognition of their efforts and sacrifice, King George VI awarded the George Cross – the civilian equivalent of the Victoria Cross – to the island on the 15th April 1942 to “bear witness to the heroism and devotion of its people”.

Some supplies were getting through by ‘Magic Carpet’ Royal Navy submarines converted to carry essential supplies and there was limited success with convoys reaching Malta. But all too often many of the convoy ships would be bombed and sunk in the harbour while offloading. The supply situation was once again getting serious, with limited food, fuel and ammunition.

But beginning in March 1942, newer Supermarine Spitfire fighters began to arrive on the island. Slowly their numbers increased, and coupled with improvements in tactics and procedure, the balance of power began to shift in the Allies' favour until they were able to wrest control of the skies over Malta. 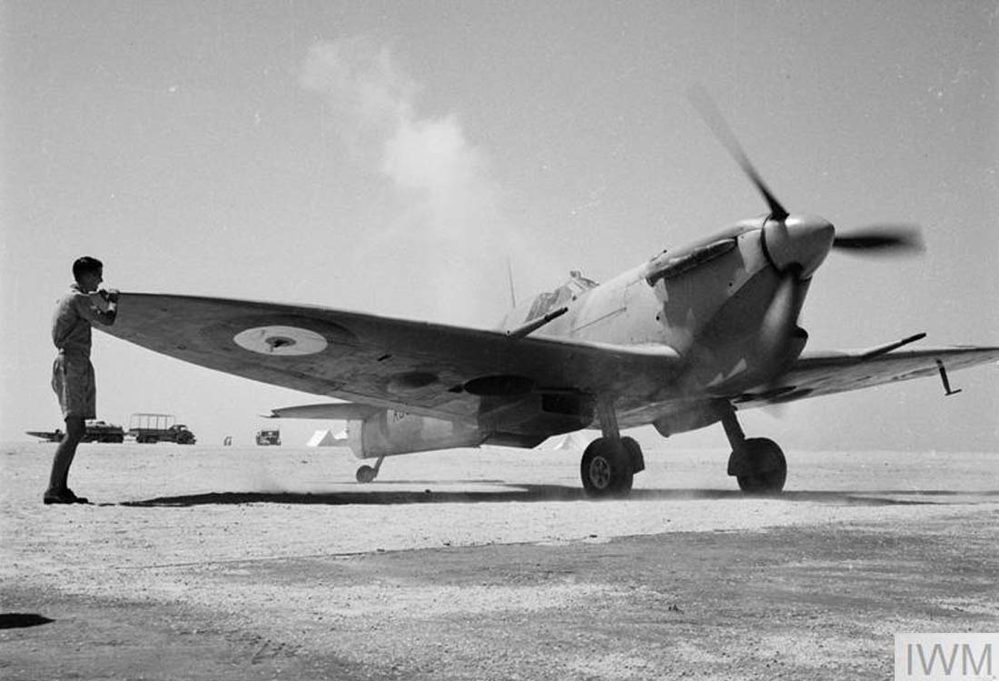 With the threat from Axis forces beginning to diminish, further resupply became possible. Operation Pedestal, a convoy of fourteen merchant ships with a Royal Navy escort, sailed for Malta in early August. Beating off relentless air and sea attacks five of the merchant ships reached Valetta’s Grand Harbour by the 15th, the most welcome was the tanker Ohio with its fuel load ensuring continued transport and air operations. This was followed by Operation Stoneage in November and Operation Portcullis in December which was the last direct convoy to Malta.

The fuel and supply deliveries allowed increased offensive operations from Malta against Axis supply convoys to North Africa. Coupled with Allied victory in North Africa at the Second Battle of El Alamein in October and November meant the tide of war started to turn in the Allies’ favour. The Siege of Malta officially ended on 20th November 1942 with the arrival of the Stoneage convoy. Malta became a staging post for the invasion of Sicily in 1943 and was subsequently visited by King George VI, Winston Churchill and President Roosevelt.

In pure numbers, the Siege of Malta is staggering:

The George Cross was established by King George VI on 24th September 1940 as a civilian equivalent to the Victoria Cross. It is awarded "for acts of the greatest heroism or for most conspicuous courage in circumstance of extreme danger”.

Designed by the artist, sculptor and designer Percy Metcalfe who was noted for his coin designs, if featured a plain cross with a centre medallion depicting St George and the Dragon surrounded by the words “FOR GALLANTRY”. Malta received the first collective George Cross which was incorporated into the national flag in 1943. 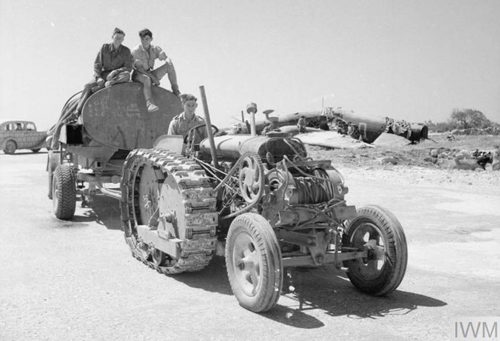 The British army in Malta WW2

After the outbreak of war in 1939, the British presence on Malta was increased to four infantry brigades under the Malta Command. These infantry brigades were supported by a small tank force, three British artillery regiments as well as the Royal Malta Artillery and two brigades of Anti-Aircraft units, who would prove to be vital during the siege later in the war.

The Royal Air Force also maintained a presence in Malta, initially as RAF Mediterranean and then as Air Headquarters Malta (AHQ Malta). During the initial years of the war, the island was defended by older aircraft, such as the Gloster Sea Gladiator biplane - as many of the modern aircraft built at the time was being used in the Battle of Britain and elsewhere in Europe. By 1942, AHQ Malta had a sizable force of modern aircraft, including the famous Spitfires. Once the siege of Malta was broken, the island became a useful air support base for operations in the Mediterranean, such as the invasion of Sicily in 1943.

Photo: Queen Elizabeth II at the unveiling of the Malta Memorial, Valetta on 3 May 1954.

Our war cemeteries in Malta are a uniquely beautiful and poignant mix of Commonwealth War Graves, war graves from many other nations and striking private headstones. Malta is truly unique and many of our headstones in Malta look very different from those in other parts of the world. With shallow earth and hard rock underneath, most Commonwealth burials are marked by flat headstones bearing many names.

Malta and the Maltese people have a rich and fascinating history, and here you can read the incredible stories of some of the amazing people we commemorate.

Through the collation of photographs and details of the lives of the casualties, CWGC humanises the names of those commemorated at our sites across Malta. We hope to help future generations discover and cherish the stories of those who gave their today for our tomorrow.

If you have any information regarding individuals commemorated by the CWGC in Malta, you can upload your own story here.