What to expect when visiting a CWGC cemetery or site?

Each of our 23,000 sites has its own story to tell. Some are areas of outstanding natural beauty or contain magnificent pieces of architecture. Find out what to expect when visiting a cemetery or memorial.

There are over 23,000 CWGC cemeteries and memorials across the globe. Find your nearest CWGC location, or plan a trip to one of our incredible sites.

Search for sites to visit and learn more about the French memorials commemorating the men and women of the Commonwealth who died during the first and second world wars.

We’re opening our doors to you at cemeteries and memorials across Great Britain, Belgium, and France. See behind the scenes access like never before, with talks, tours, demonstrations, and activities.

The CWGC Visitor Centre is a unique new visitor attraction that shines a light on the work of the remarkable organisation at the heart of remembrance of the war dead.

The CWGC Visitor Centre
Visit the CWGC in Ieper

The CWGC Ieper Information Centre is located in the town of Ieper, West Flanders, an area that saw intense fighting throughout the First World War. We’re based only metres from the Menin Gate.

Known as the Nurse of the Mediterranean, Malta played an important role during both world wars. Today tourists visit Malta to sample the unparalleled culture, scenery and history of the island.

More than half of the names commemorated by the CWGC can be found on our Memorials to the Missing. Discover more about these iconic memorials found around the world.

WW1 Memorials to the Missing

Can you walk around a CWGC Cemetery?

Yes, we encourage all visitors to spend time exploring our war cemeteries and paying respects to the men and women commemorated there. Visitors are advised to check the weather before visiting one of our sites, as excessive rain can make our sites difficult to navigate.

Is it OK to take pictures at a CWGC Cemetery?

We love to see any photos taken at our sites - why not share them with us on our social channels, or enter them into the Commonwealth War Grave Foundation’s annual photograph competition?

Can I leave food at a CWGC Cemetery?

We ask that you do not leave food in our cemeteries - partly to help ensure that our sites remain clean and tidy, and also to prevent attracting wild animals who may cause disruption and damage.

Can you sit in a CWGC Cemetery?

There is not always seating provided at our cemeteries, however many of our larger sites have benches and shelter buildings for our visitors to use. 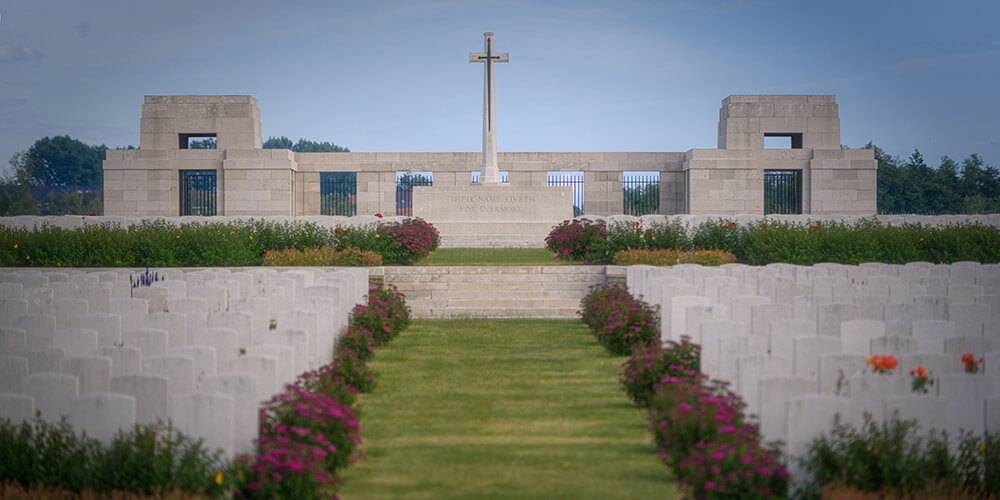 What to do when visiting CWGC graves?

Each of our sites has its own story. When you visit one of our cemeteries, you can read the headstones and gain an understanding of who the men and women buried there were and what they might have been doing. Further clues can be taken from the landscape around you or the architecture of our sites. There’s always a story to discover at a CWGC site.

We also have a range of publications for some of our larger sites which will allow you to learn more about the site you’re in and the work of the CWGC.

Can you leave things at CWGC graves?

Visitors are welcome to leave items such as fresh flowers, wreaths and poppy crosses by headstones or memorials. Once they have finished flowering or are past their best, they will be removed by our local team.

We do ask that visitors do not leave permanent items as it impacts our ability to properly maintain the headstones and plant borders. In addition, nothing should be attached to the headstones themselves or planted on the borders.

There are World War One cemeteries and memorials across the globe. From single headstones in churchyards to cemeteries with thousands of burials and our iconic WW1 memorials, there is world war history around every corner.

War in the Pacific coupled with the advances in engineering meant that the Second World War spread further and faster than ever before. Discover some of the World War Two cemeteries and memorials around the world.