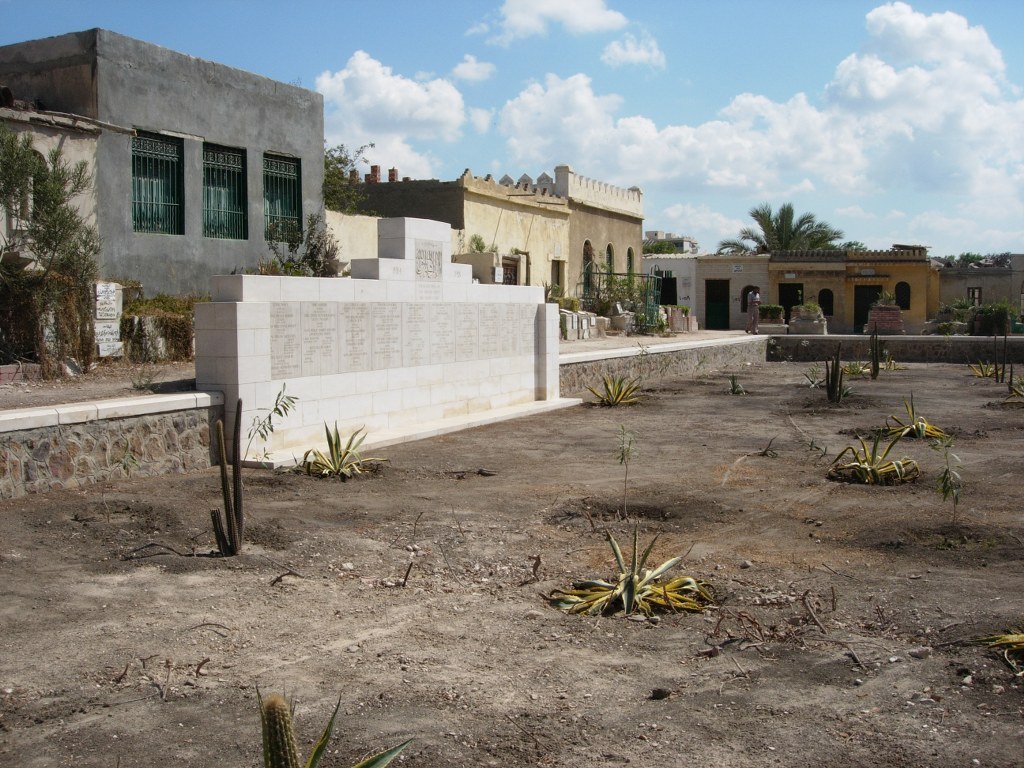 The Rue Manara is on the eastern outskirts of Alexandria, running south from the main road to Aboukir, and skirting the east side of Alexandria (Hadra) War Memorial Cemetery; and Manara Indian Muhammadan Cemetery is near the east side of the road, and close to the south side of a local cemetery.

In March 1915, the base of the Mediterranean Expeditionary Force was transferred to Alexandria from Mudros and the city became a camp and hospital centre for Commonwealth and French troops. The Gallipoli campaign of 1915 was followed by operations in Egypt and Palestine.

This cemetery, also known by the name Kom en Nor, was made by Indian medical units stationed at Alexandria and remained in use from 1915 to 1920.

The cemetery contains 108 Commonwealth burials of the First World War and three war graves of other nationalities.