Please be aware that there are road works near this cemetery. If you are visiting by car, please use the road coming from Ta'Qali as the road from Triq Buqana will be closed.

1st July till end of September the cemetery will be opened and closed as follows: Monday to Friday from 06:30 till 18:00, Saturdays, Sundays and Public Holidays from 08:30am till 18:00. 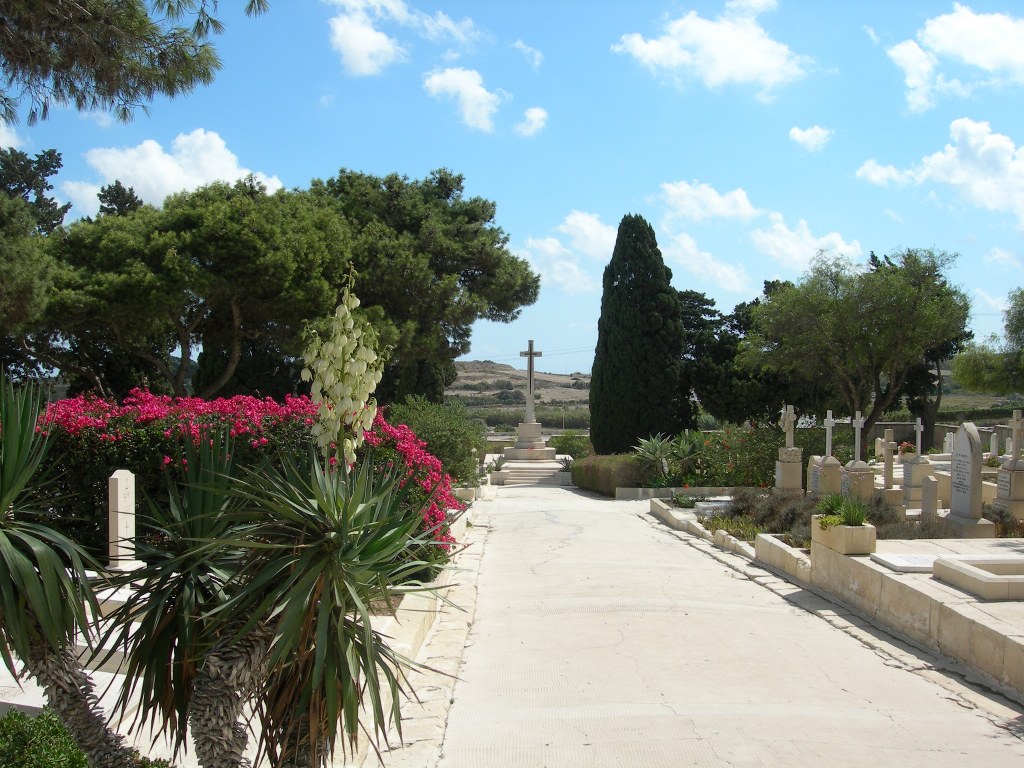 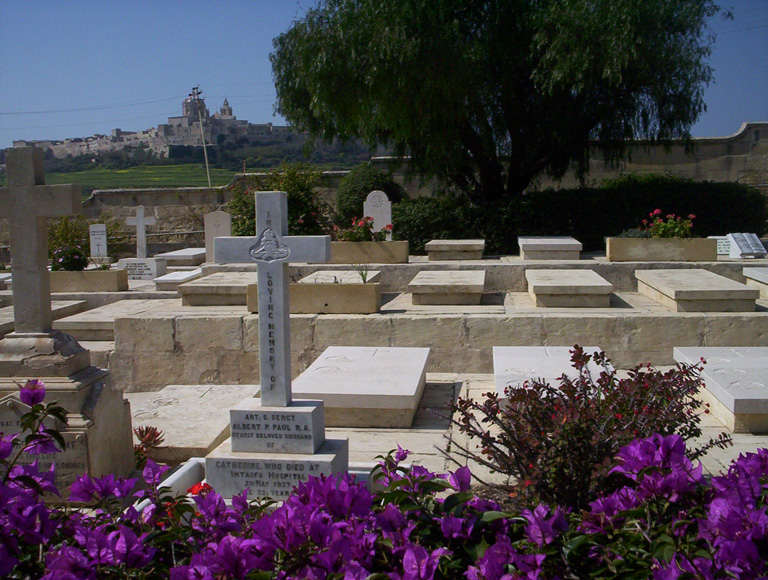 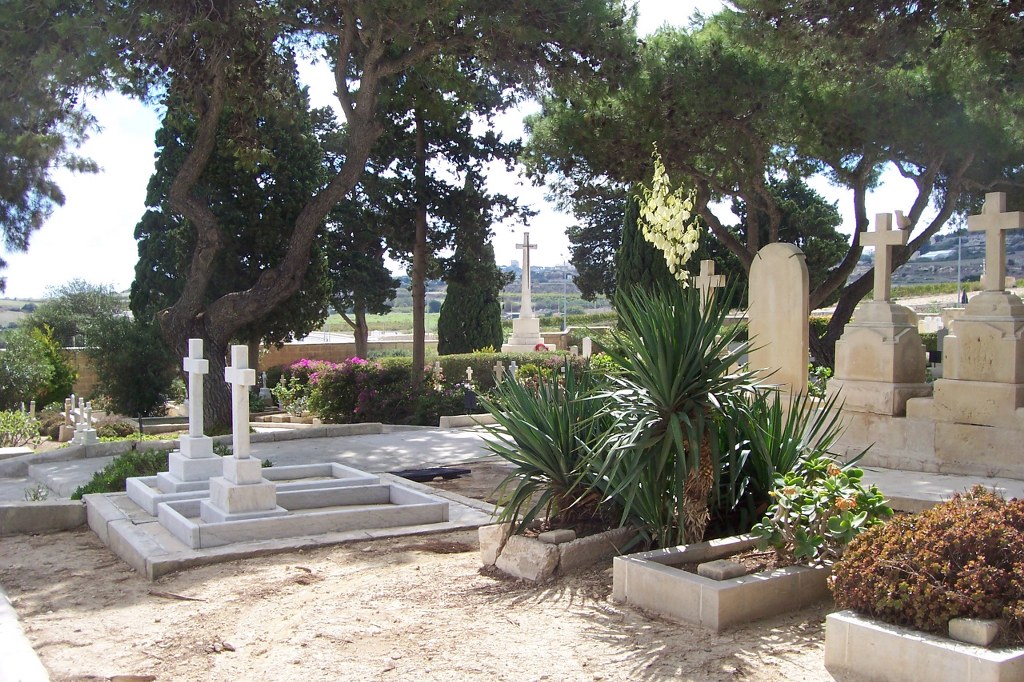 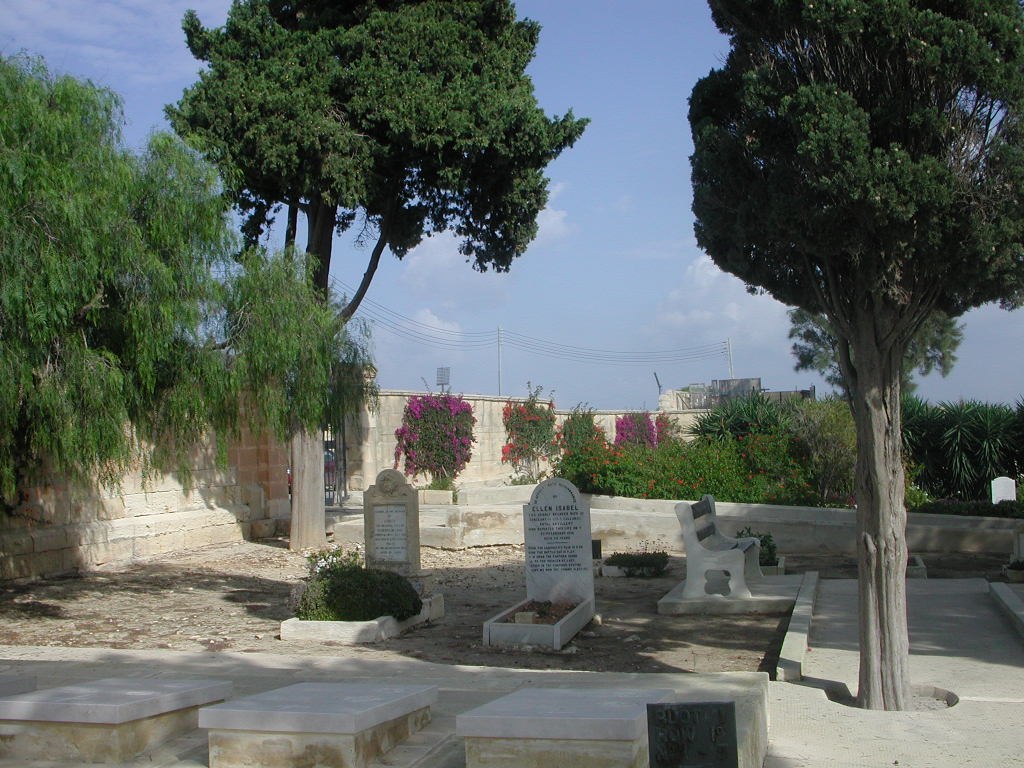 If the cemetery is locked, the gate can be opened by entering the code 1915 in the combination lock. Please lock the gate after leaving.

This beautiful site has over 1,400 civilian and military graves all cared for by the Commonwealth War Graves Commission. Amongst the many striking private memorials are 253 graves of casualties from the First and Second World War. The Commonwealth burials are marked by flat headstones bearing many names due to the shallow earth and hard rock in Malta.

On some of the headstones here you will see visible bomb damage. This is due to the cemetery being in close proximity to a nearby RAF airfield (RAF Ta Kali) that was subject to heavy bombardment throughout the Second World War. These graves are a visible reminder of Malta’s suffering and resilience during this time.

Amongst many others buried here are six members of the British Prime Minister Winston Churchill’s delegation who were killed in plane crash whilst heading for the 1945 Yalta Conference in Crimea. These vital talks between Churchill, US President Franklin D. Roosevelt and Russia’s Premier Joseph Stalin shaped the future of Europe following the end of the war.

Imtarfa Military Cemetery contains 15 Commonwealth burials of the First World War and 238 from the Second World War. The Commission also cares for 1,203 non war graves within the cemetery, and one Dutch war grave.