Unfortunately we have been having regular visits from wild pigs at this cemetery. Please check the cemetery on arrival, if wild pigs are present please do not enter. 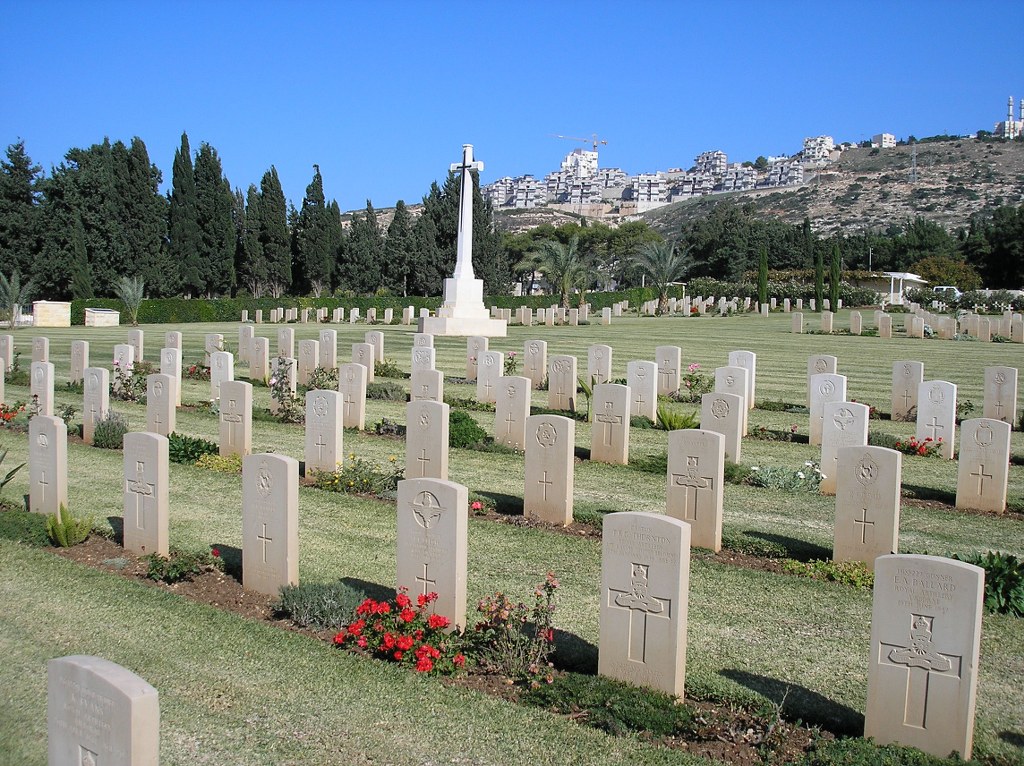 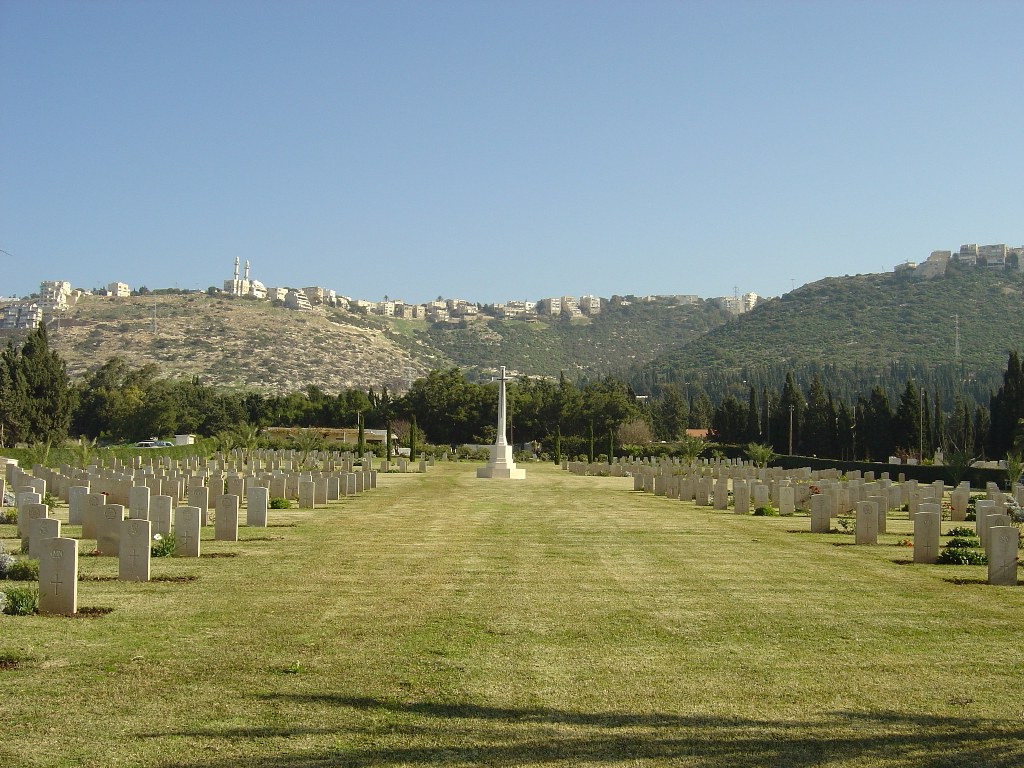 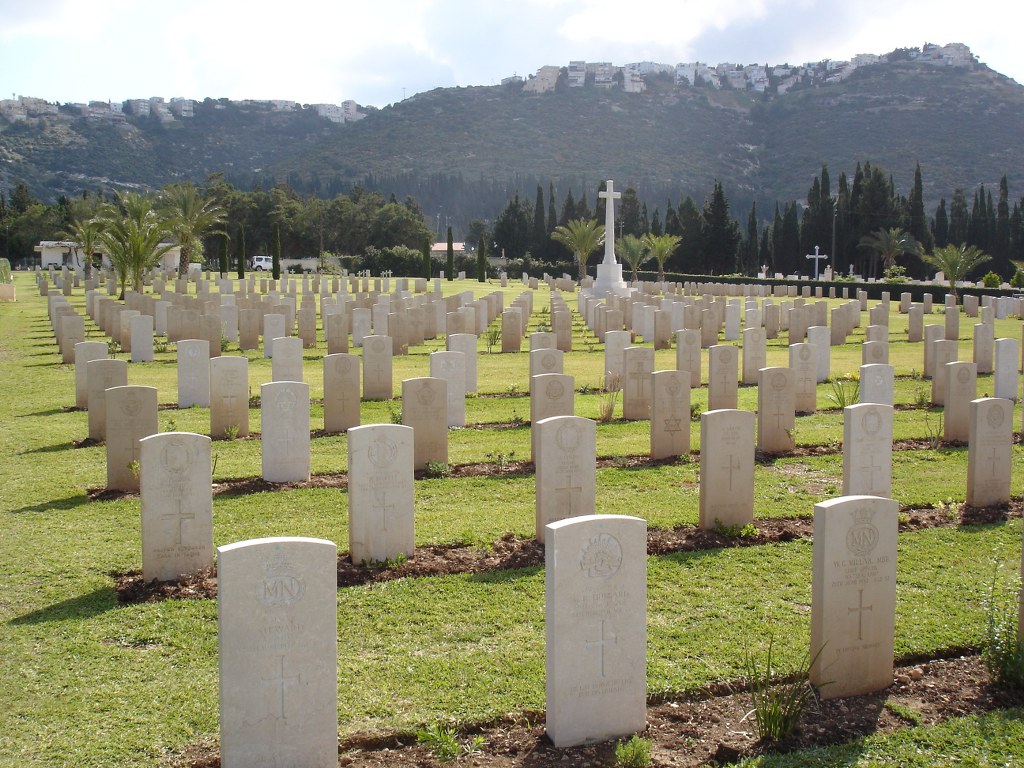 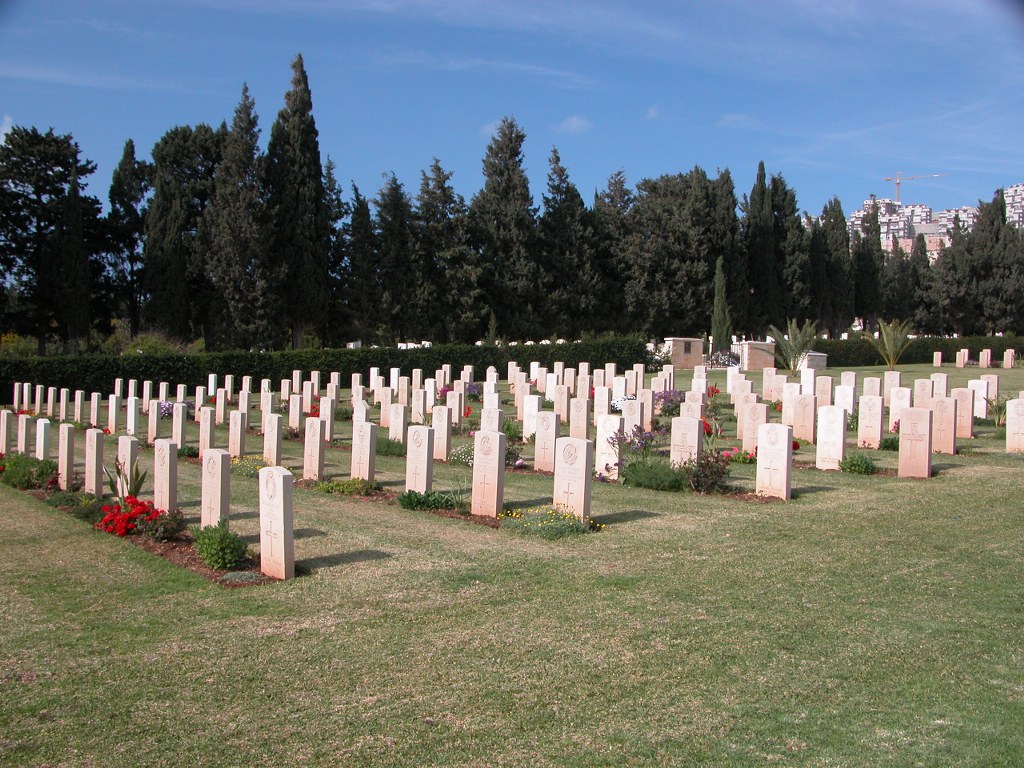 The Cemetery lies 5 kilometres south-west of Haifa on the Tel-Aviv highway. From the main Tel-Aviv highway No. 2, join road No. 4. After 500 metres the cemetery is on the right hand side but it is hidden from view behind a wall. The entrance is the second gate along this wall. Parking is available inside the civil cemetery. Once inside, the cemetery entrance is on the right hand side, 100 metres along.

Haifa was of great strategic importance during the Second World War because of its deep water harbour and airfield. It was also the terminus of the railway line from Egypt and of the Kirkuk-Haifa oil pipeline. Haifa became one of the main supply bases and arms depots serving the Middle East forces and a large naval depot was established at Haifa Bay. The cemetery was prepared in 1941 for the burial of service war dead in northern Palestine (now Israel) but graves were also brought in from Haifa (Sharon) British Civil Cemetery, from Mafrog Cemetery in the former Trans-Jordan and from Dafna Cemetery in Syria. Among the Merchant Navy seamen buried in the cemetery are those who lost their lives when the SS 'Zealand' was torpedoed off the coast of Palestine on 28 June 1942. The cemetery now contains 691 Commonwealth burials of the Second World War, and 91 war graves of other nationalities. Among the 95 non-war burials in the cemetery are some of men of the Merchant Navy who died during the war, but whose deaths were not due to war service. However, the majority of the non-war graves are of soldiers who died during disturbances preceding the end of the British Mandate in Palestine in May 1948.