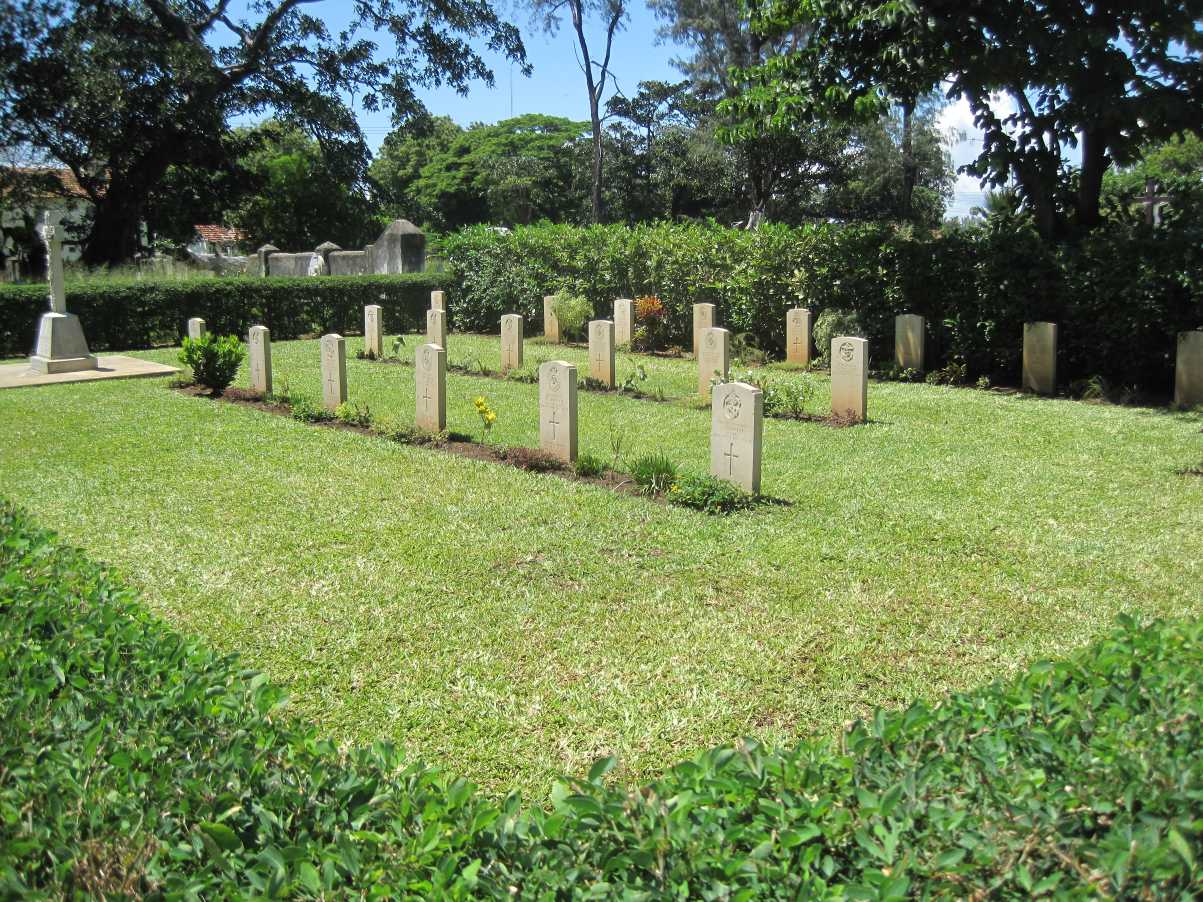 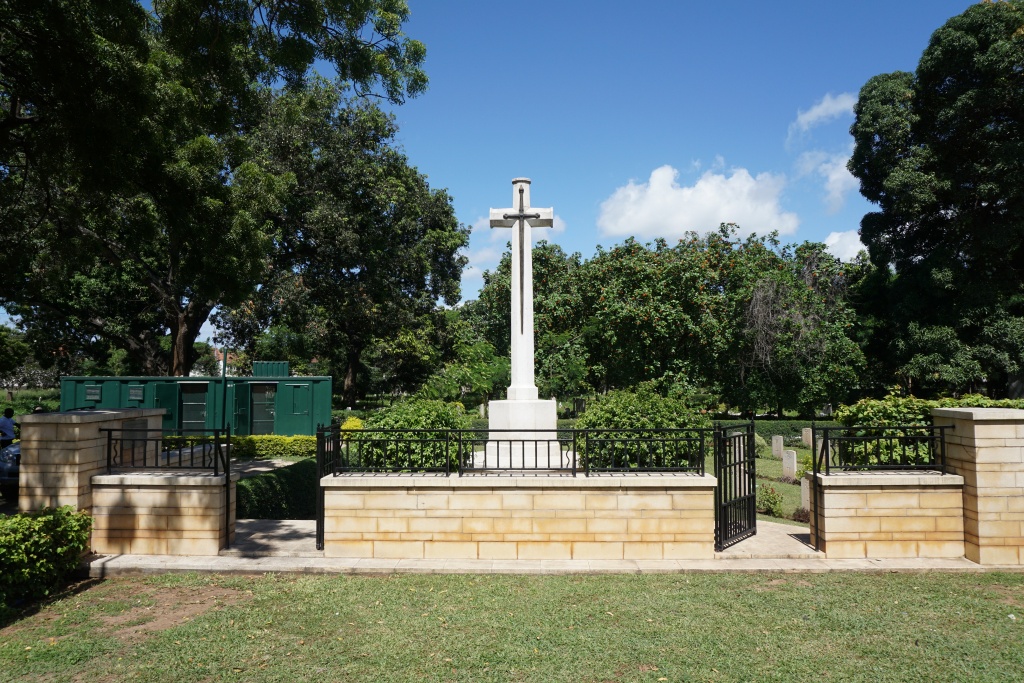 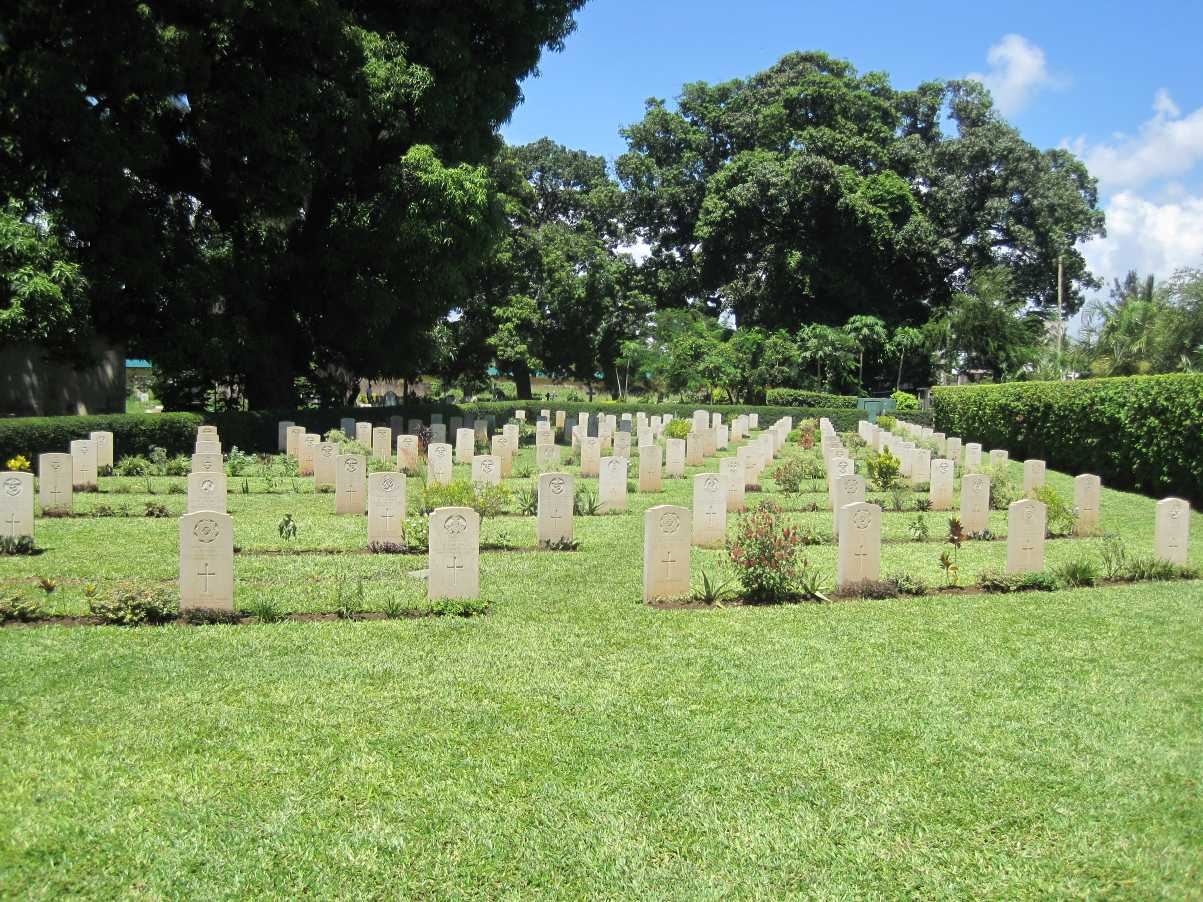 Mombasa is an island off the Kenya Coast. Mombasa (Mbaraki) Cemetery is a large civil cemetery which contains war graves plots as well as scattered war graves. The cemetery is located on the southern side of Mombasa island, on Mbaraki Road. Entering Mombasa via the vehicle ferry at the end of Nyerere Avenue, take the second left turn into Mbaraki Road. The road continues straight for a distance before bending round to the right. The large civil cemetery is on the right hand side of the road on the inside of the curve. The Cemetery fronts directly onto the road, from which the Cross of Sacrifice by the Second World War graves plot can easily be seen. The First World War graves are scattered on either side of the path running from north to south within the large surrounding civil cemetery, either individually or in plots.

The Cross of Sacrifice is currently cordoned off for Health and Safety reasons. Steps are being taken to rectify this issue as soon as practicable (31 July 2017).

During the First World War, Mombasa was home to No.1 Base Hospital. Numerous wartime activities took place there during the Second World War and it was of some importance as a minor naval base. Mombasa (Mbaraki) Cemetery contains 51 Commonwealth burials of the First World War and 146 of the Second World War. There are also 28 non-war and two French war graves. The base of the Cross of Sacrifice in the cemetery forms the Mombasa British Memorial which records the names of 81 officers and men of the United Kingdom Corps and Regiments, of South, West and East African units and the West India Regiment, all of whom died during the First World War and were buried at sea off the East African coast.