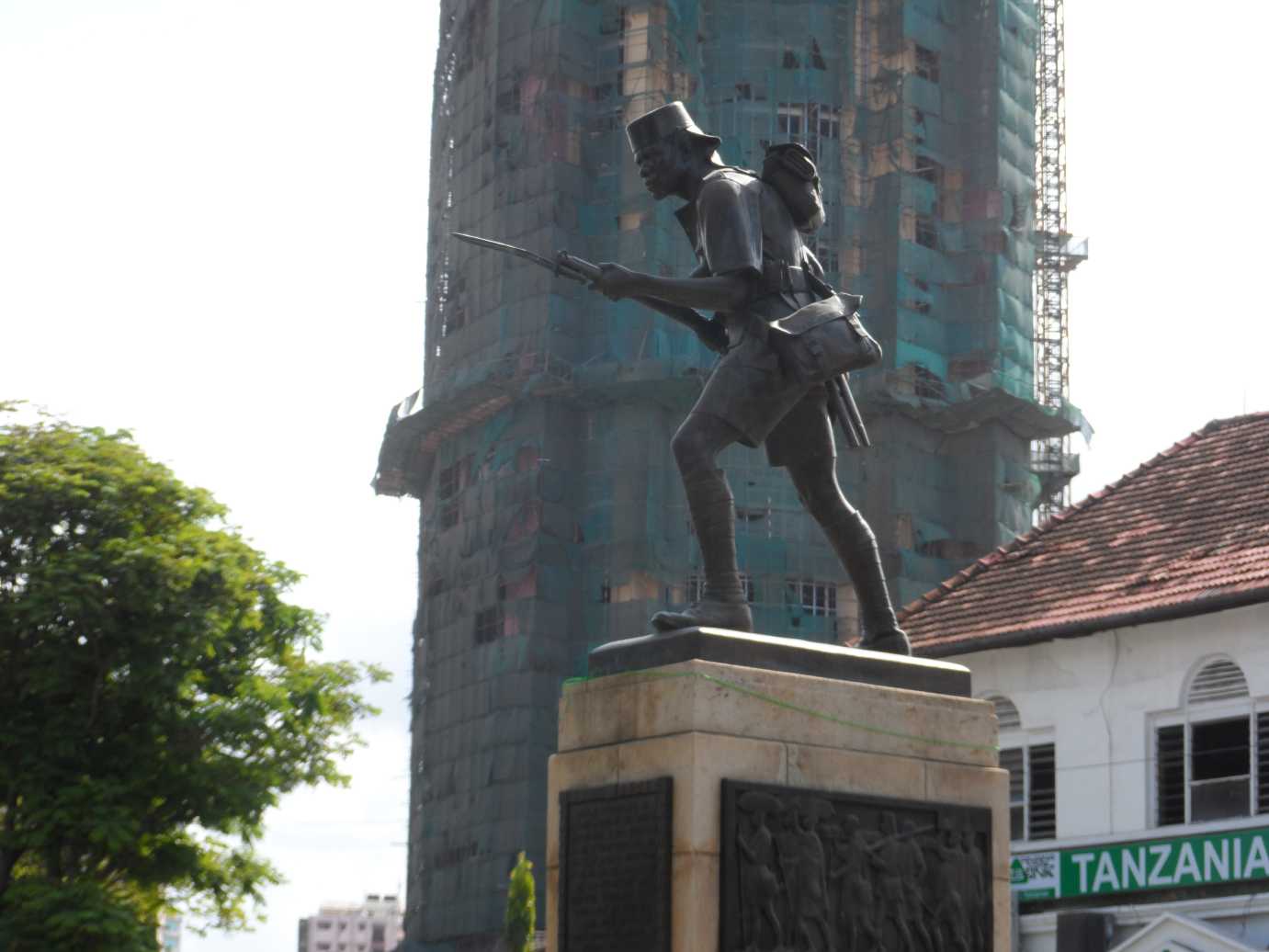 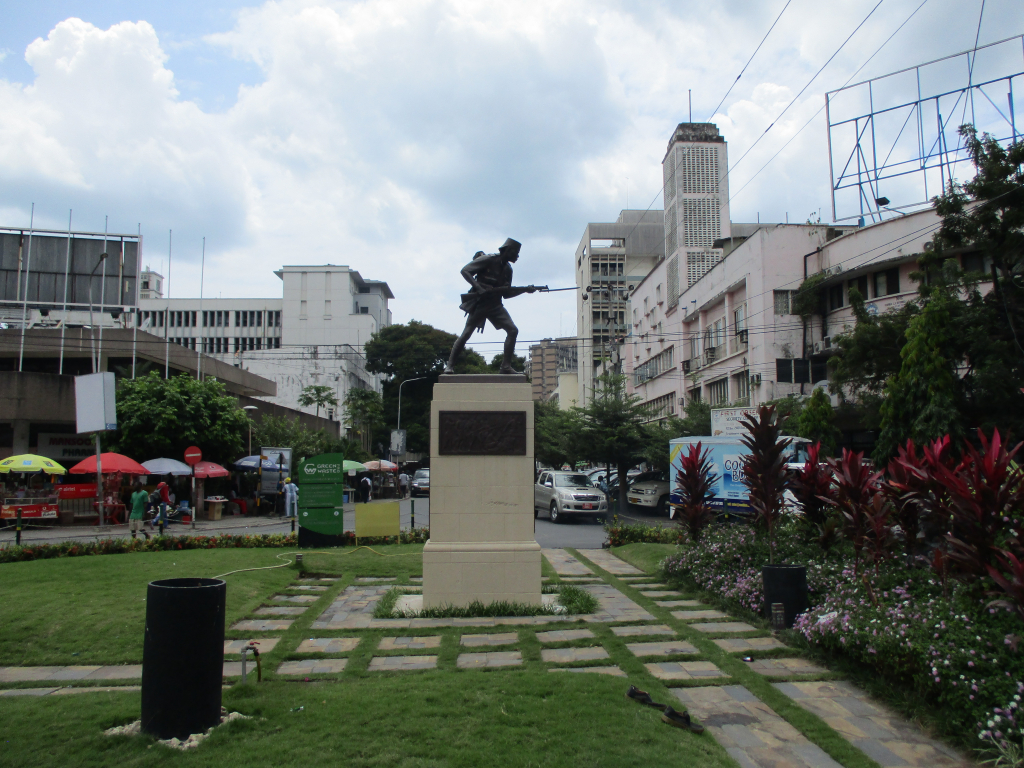 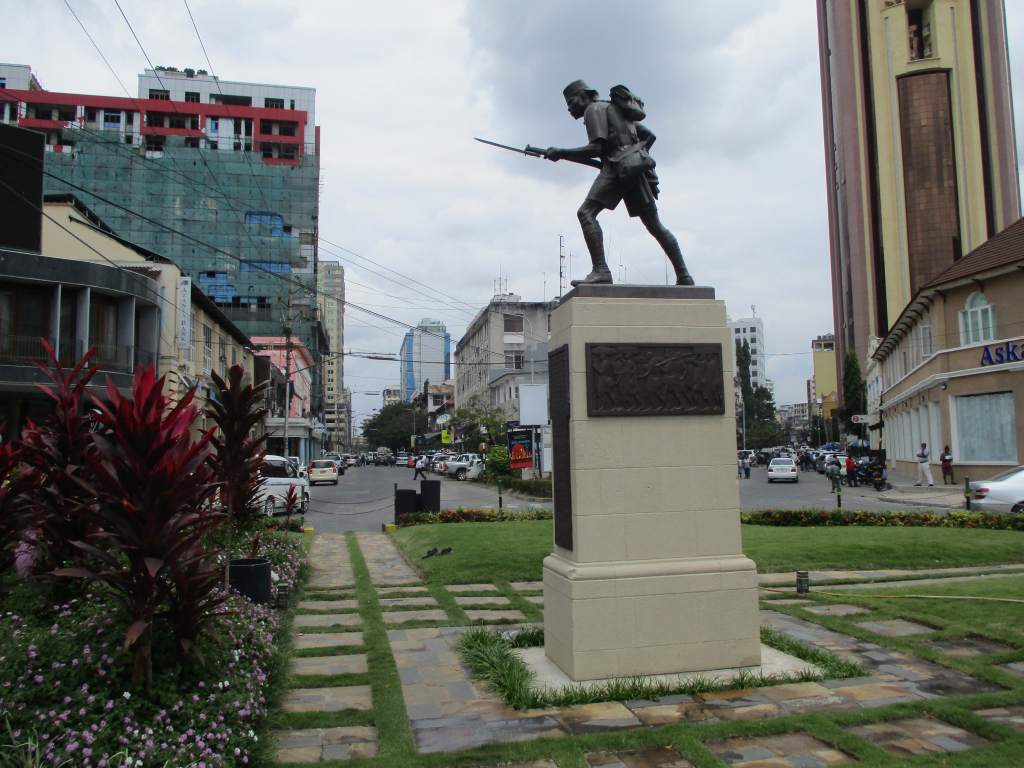 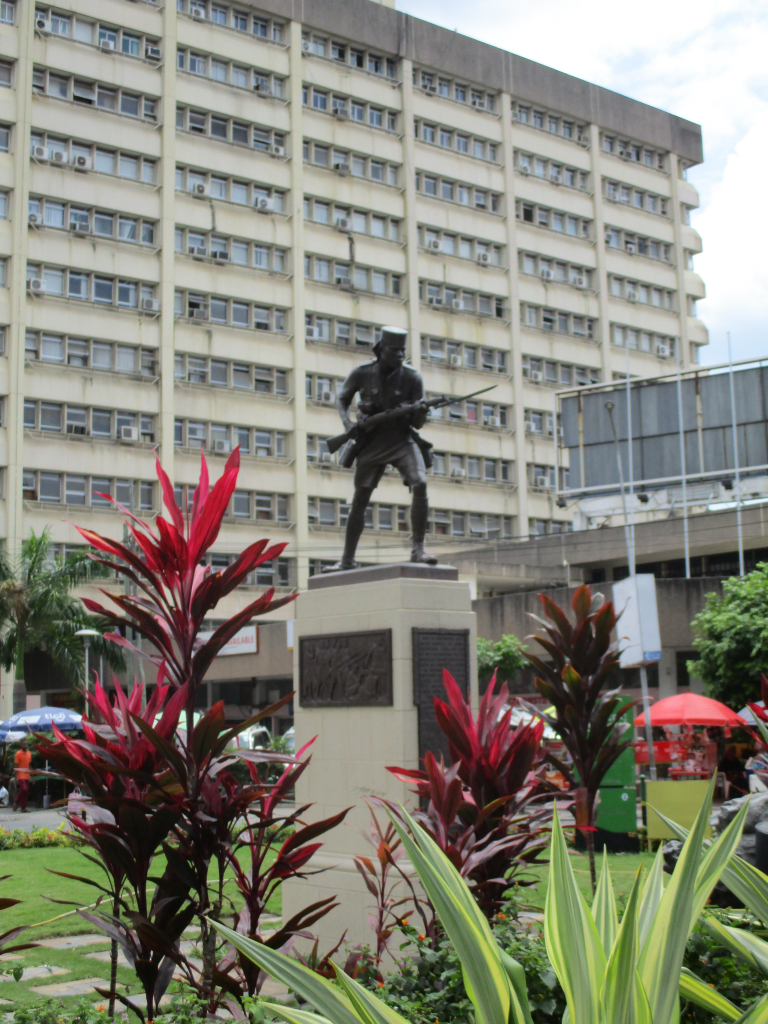 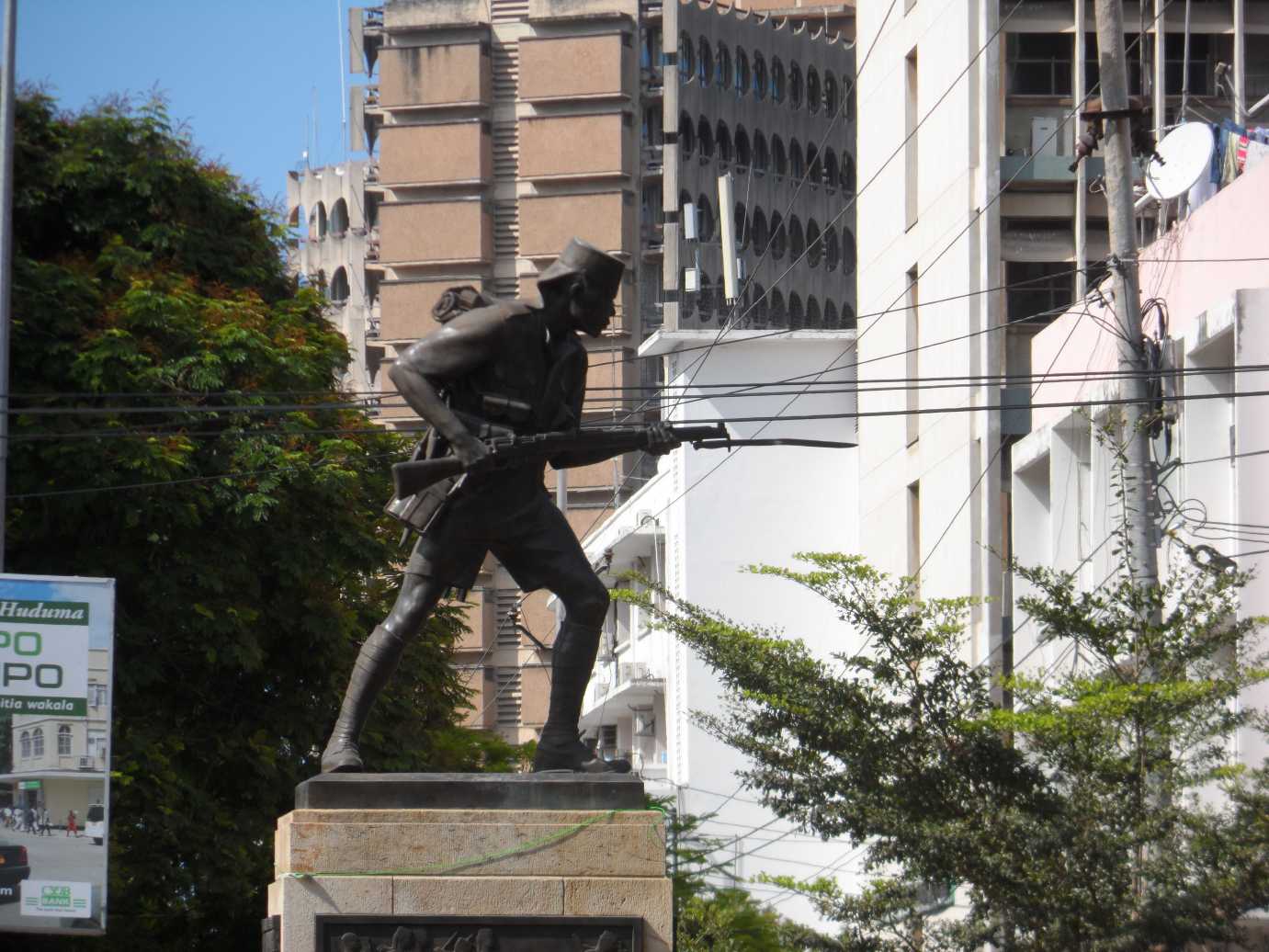 The Dar es Salaam African Memorial is within the Township, on the roundabout at the junction of Samora Avenue and Azikiwe Street.

The African troops and followers who died with the Commonwealth forces during the East African campaign of the First World War are for the most part commemorated by three memorials, one at Nairobi, one at Mombasa and one at Dar es Salaam. The backbone of the combatant force in East Africa were the King's African Rifles, organised in seven regiments, of which three (the 1st, 3rd and 4th) existed in 1914. The whole force eventually numbered 22 battalions. The officers and necessary technical troops were from the United Kingdom, the other ranks Sudanese, or men from the East African protectorates. They were later reinforced firstly from India, South Africa and in 1917 from West Africa. The Arab Rifles, mainly consisting of men originally from the Yemeni and Hadramout regions, served with distinction throughout the war and the Intelligence Corps, represented by the Askari, played an important and dangerous role as scouts.

The African combatant troops raised for the East African campaign numbered 34,000. The non-combatant porters, stevedores and followers of the Military Labour Corps 600,000. Almost 50,000 of these men were lost, killed in action or died of sickness or wounds, but as no complete record of their names exists, no names appear on the memorials.