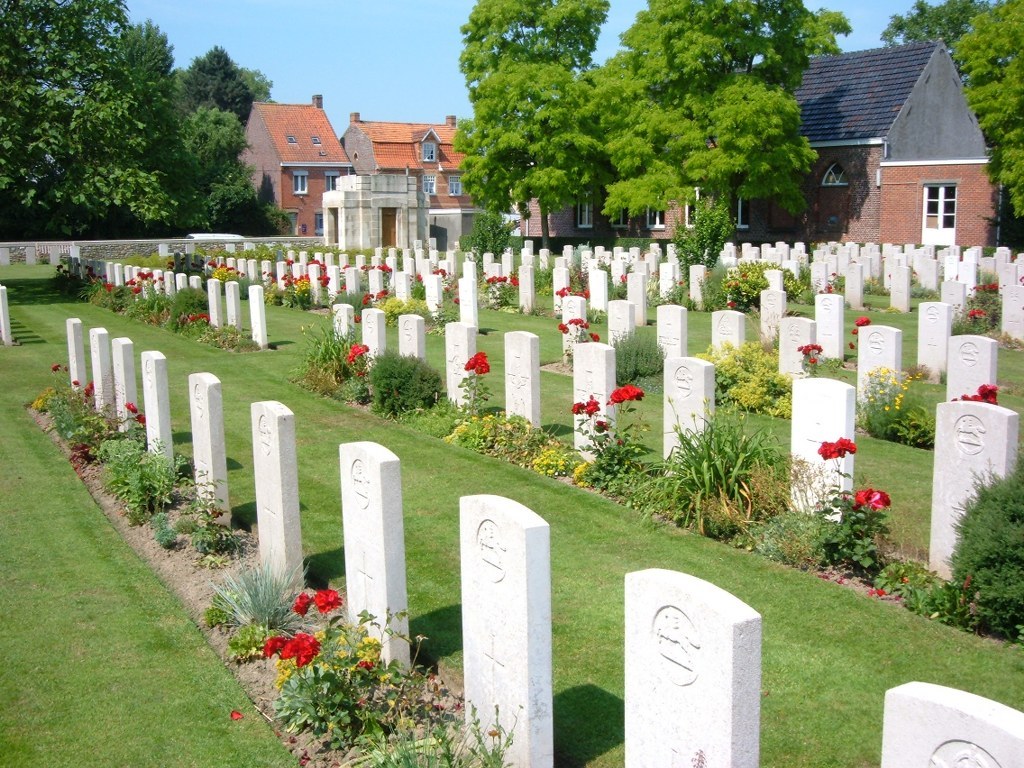 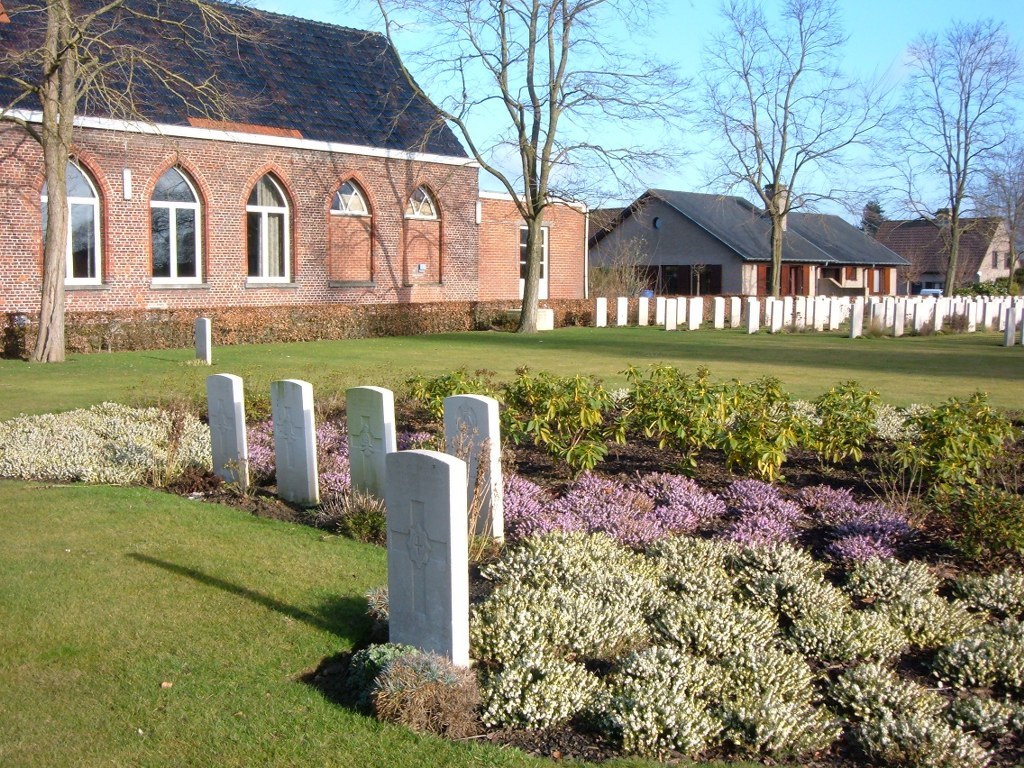 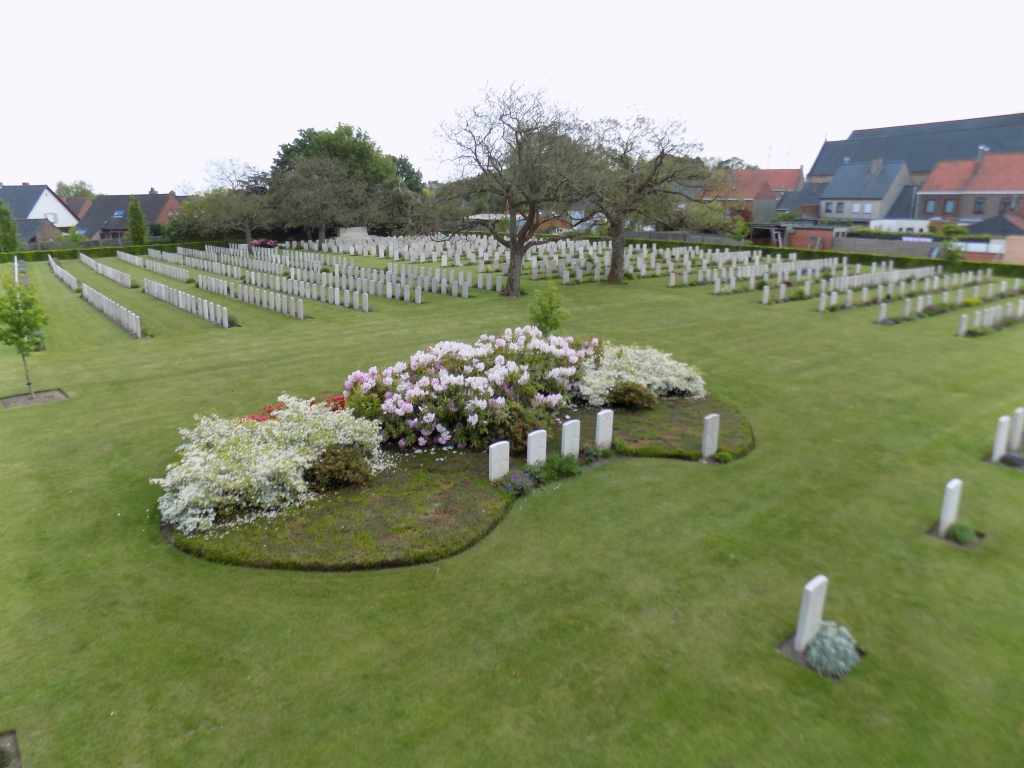 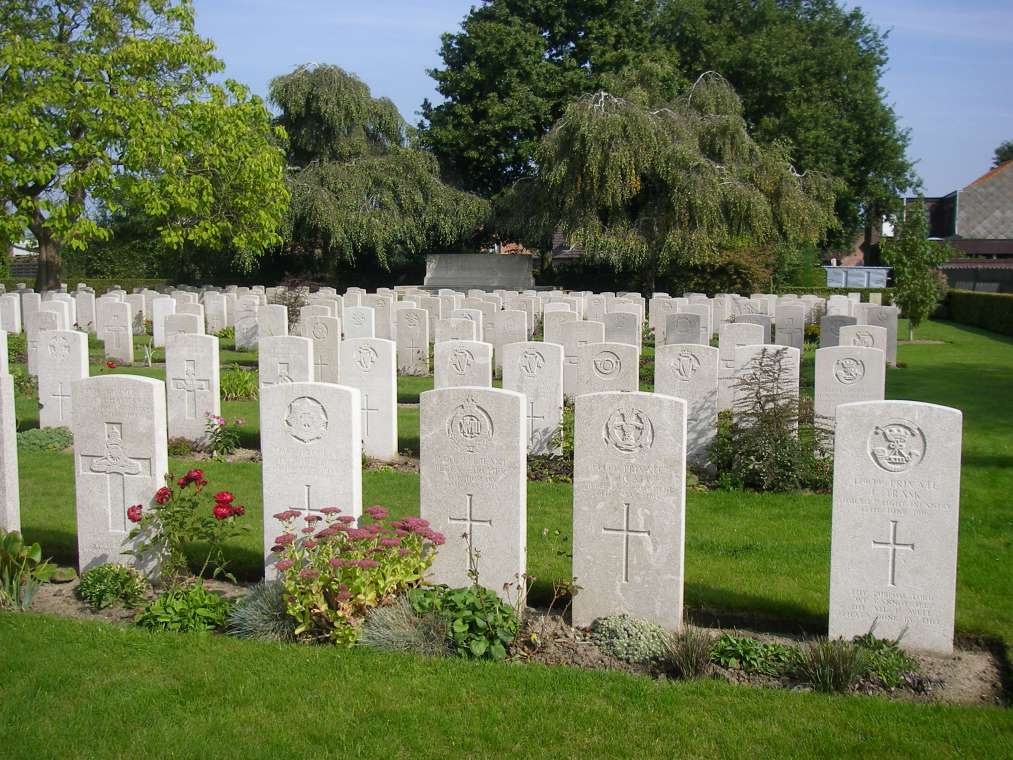 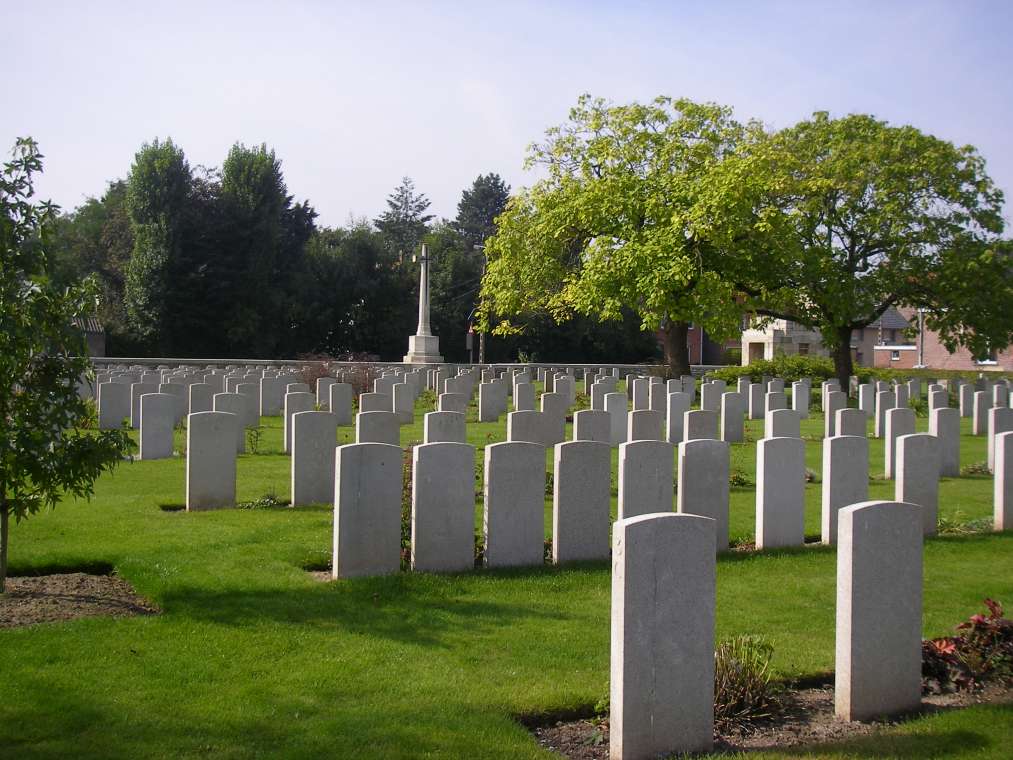 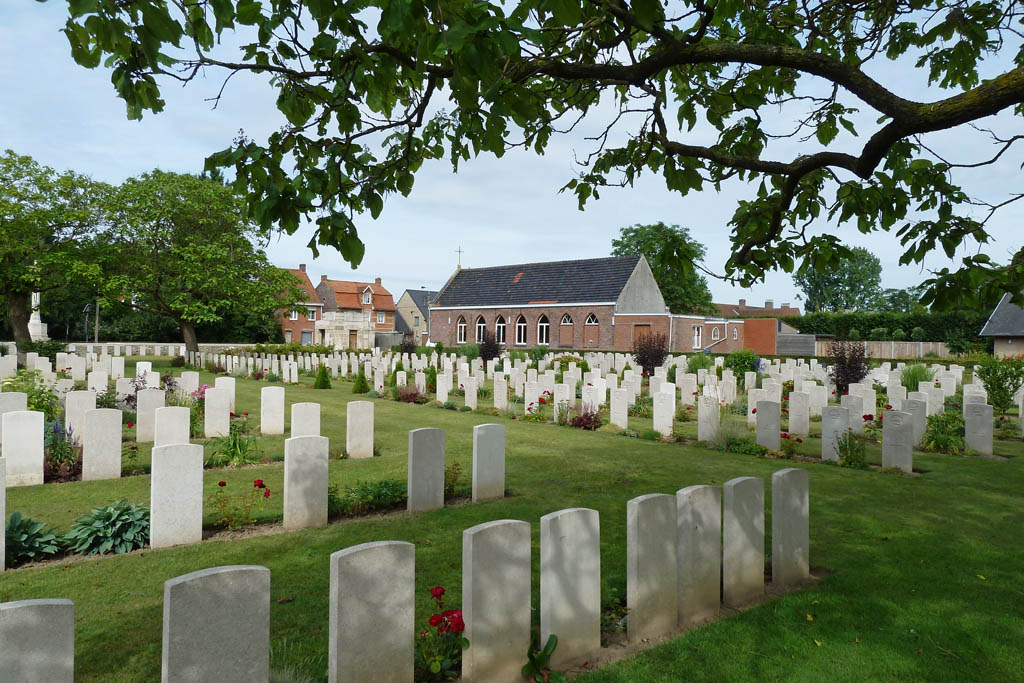 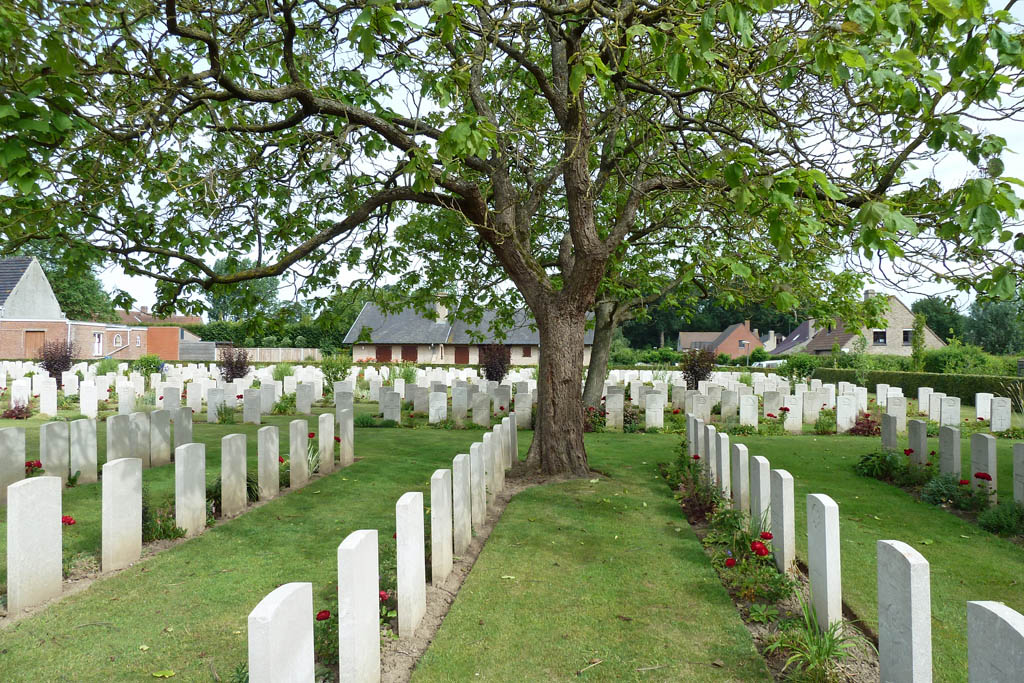 Vlamertinghe Military Cemetery is located 5 Kms west of Ieper town centre, on the Hospitaalstraat, which is a road leading from the Poperingseweg (connecting Ieper to Poperinge). From Ieper town centre the Poperingseweg (N308), is reached via Elverdingsestraat then straight over two small roundabouts in the J. Capronstraat. The Poperingseweg is a continuation of J. Capronstraat and begins after a prominent railway level crossing. On reaching the village of Vlamertinge ( Vlamertinge is the modern spelling of Vlamertinghe) the cemetery is located on the Hospitaalstraat, which is the second right turning after the village church. The cemetery lies 50 metres along the Hospitaalstraat on the right hand side of the road.

Wheelchair access to this site is possible, but may be by an alternative entrance. For further information regarding wheelchair access, please contact our Enquiries Section on telephone number: 01628 507200

Vlamertinghe Military Cemetery was started by French troops in 1914 and was taken over by Commonwealth forces in April 1915. It was used by fighting units and field ambulances until June 1917, when the land adjoining the cemetery was claimed for a military railway preventing further extension. The cemetery is remarkable for the care with which men of the same unit were buried side by side if they died at about the same time. There is also a very high proportion of graves of Territorial units, in particular Lancashire Territorials, who have nearly 250 graves in plots IV, V and VI. During the early months of 1917, whenever it was possible, the 55th Division brought their dead from the front for burial here. The cemetery now contains 1,175 Commonwealth burials of the First World War. The French graves were removed after the war, but three German war graves remain. There are also four Second World War burials dating from the Allied retreat to Dunkirk in May 1940. The cemetery was designed by Sir Reginald Blomfield. The wrought iron gates were presented by the family of the late Lord Redesdale, whose son, Major Mitford, is buried in the Cemetery.