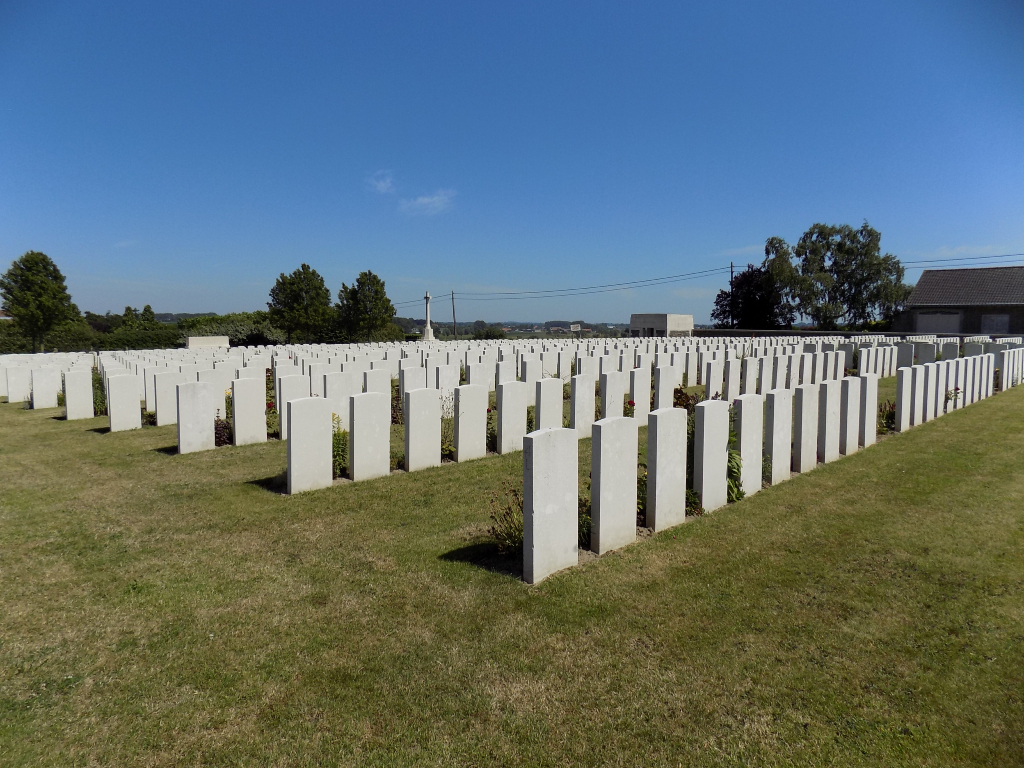 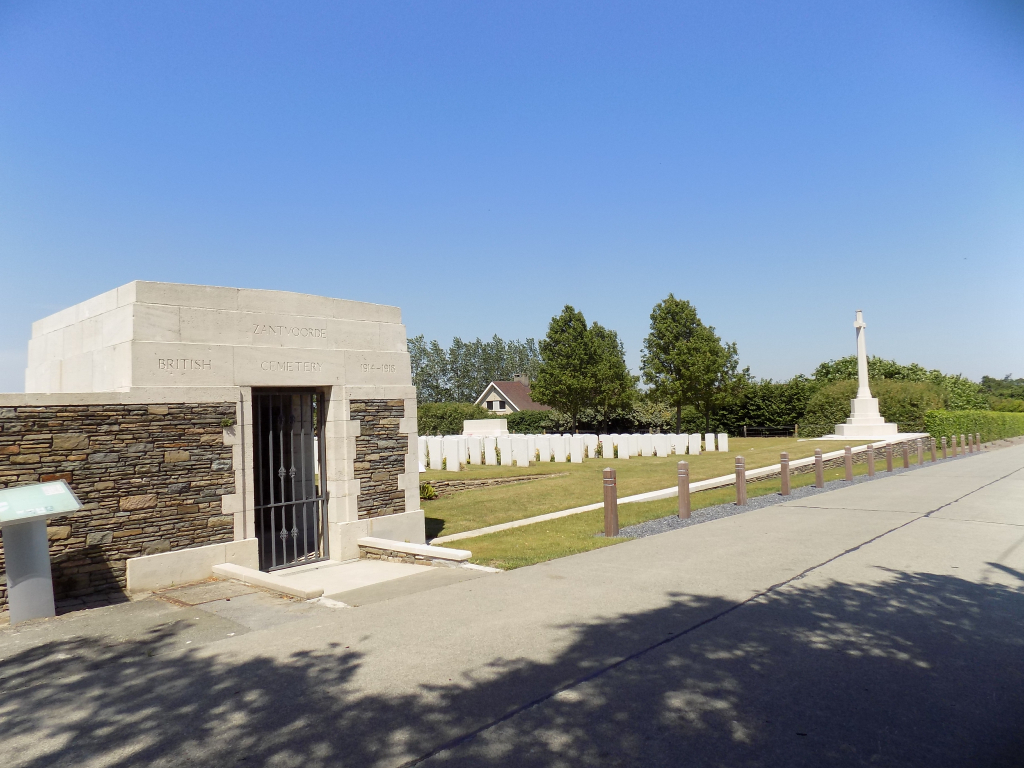 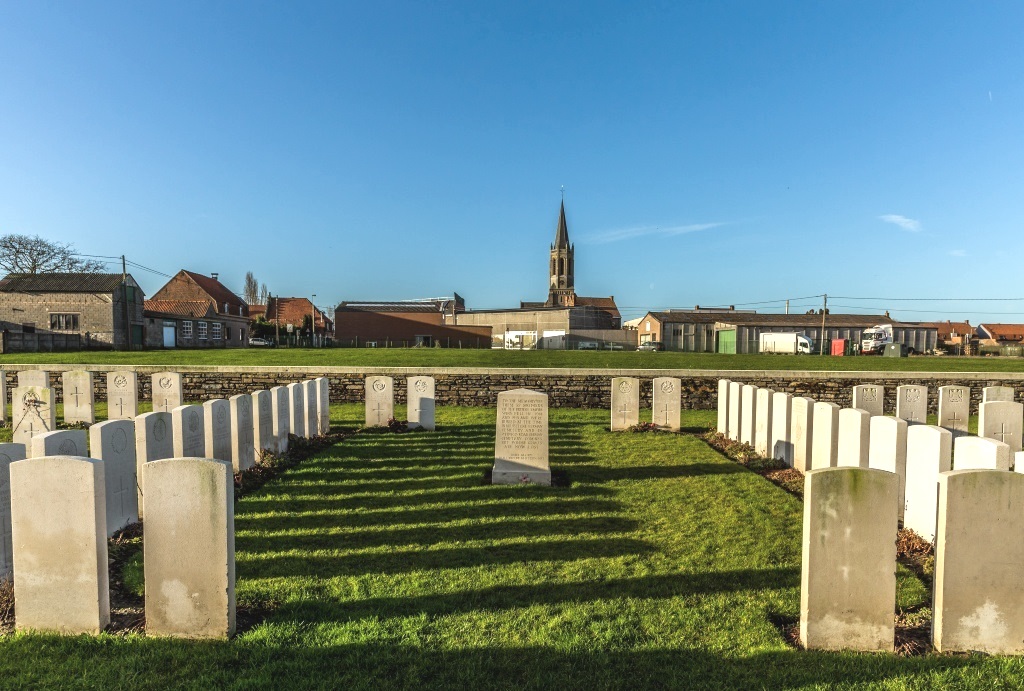 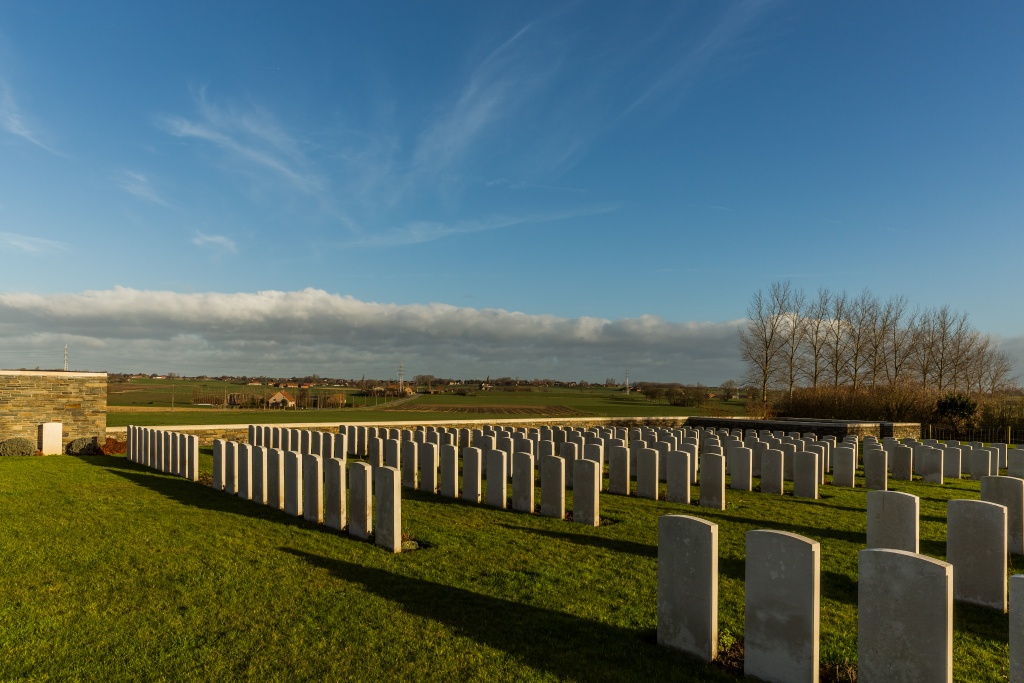 Zandvoorde British Cemetery is located 8 Kms south-east of Ieper town centre, on the Kruisekestraat a road leading from the Meenseweg (N8), connecting Ieper to Menen. From Ieper town centre the Meenseweg is located via Torhoutstraat and right onto Basculestraat. Basculestraat ends at a main cross roads, directly over which begins the Meenseweg. 7.5 Kms along the Meenseweg in the village of Geluveld lies the right hand turning onto Zandvoordestraat. At the end of the Zandvoordestraat is the left hand turning onto Kriusekestraat. The cemetery itself is located 100 metres along the Kruisekestraat on the left hand side of the road.

On 30 October 1914, the village of Zantvoorde (now Zandvoorde) was held by the 1st and 2nd Life Guards, numbering between 300 and 400 men. It was bombarded for over an hour with heavy guns and then taken by the 39th German Division and three attached battalions. The whole front of the 3rd Cavalry Division was driven back to the Klein-Zillebeke ridge. The village could not be retaken and remained in German hands until 28 September 1918. The Household Cavalry Memorial, unveiled by Lord Haig in May 1924, stands on the South side of the village at the place where part of the Brigade was annihilated in 1914.

Zantvoorde British Cemetery was made after the Armistice when remains were brought in from the battlefields and nearby German cemeteries. Many were those of soldiers who died in the desperate fighting round Zantvoorde, Zillebeke and Gheluvelt in the latter part of October 1914.

There are now 1,583 servicemen of the First World War buried or commemorated in the cemetery. 1,135 of the burials are unidentified. Special memorials commemorate 32 soldiers buried in two of the German cemeteries whose graves could not be found on concentration. The cemetery also contains one Second World War burial.