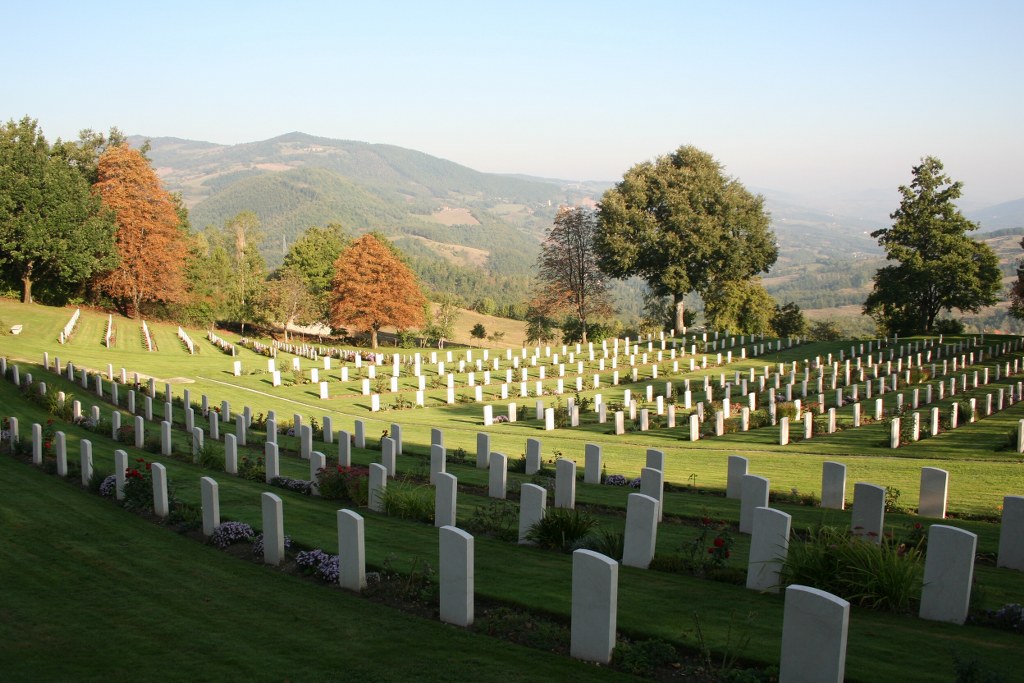 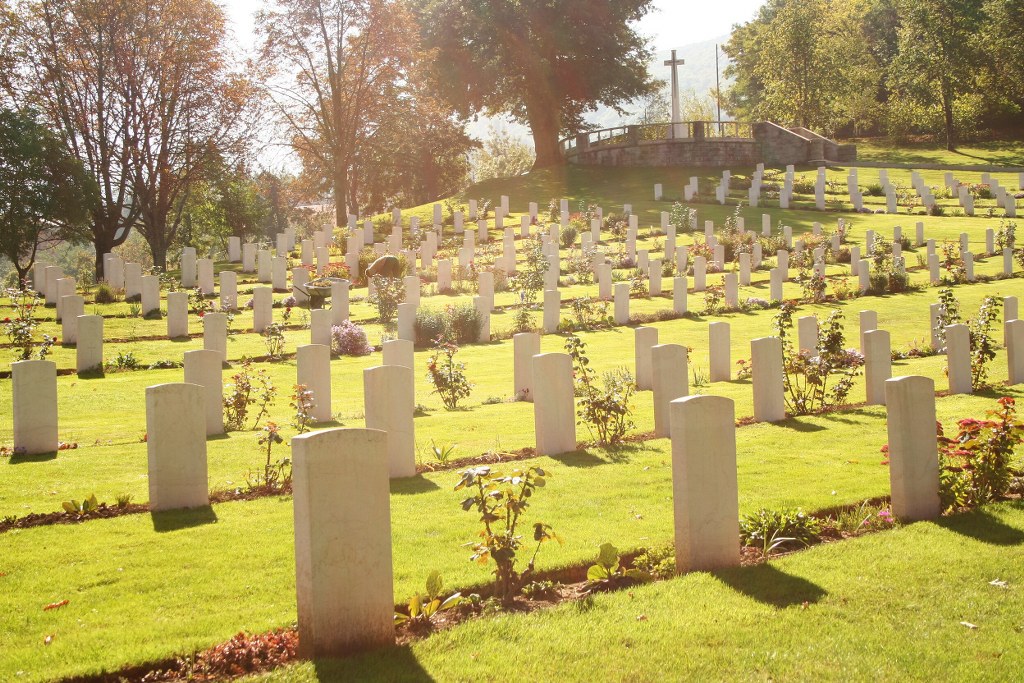 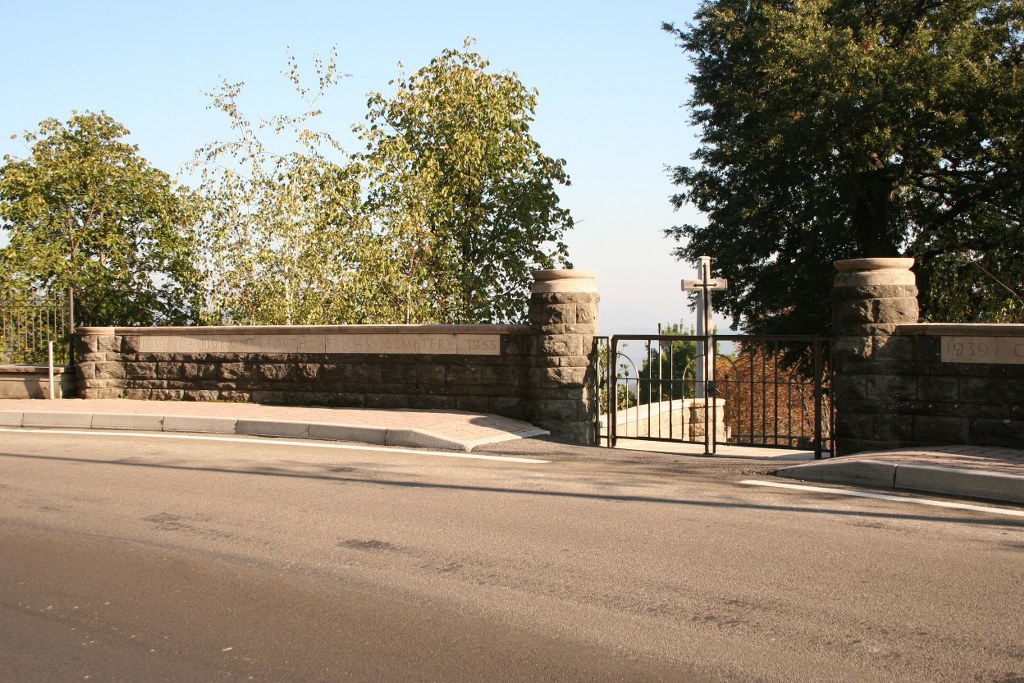 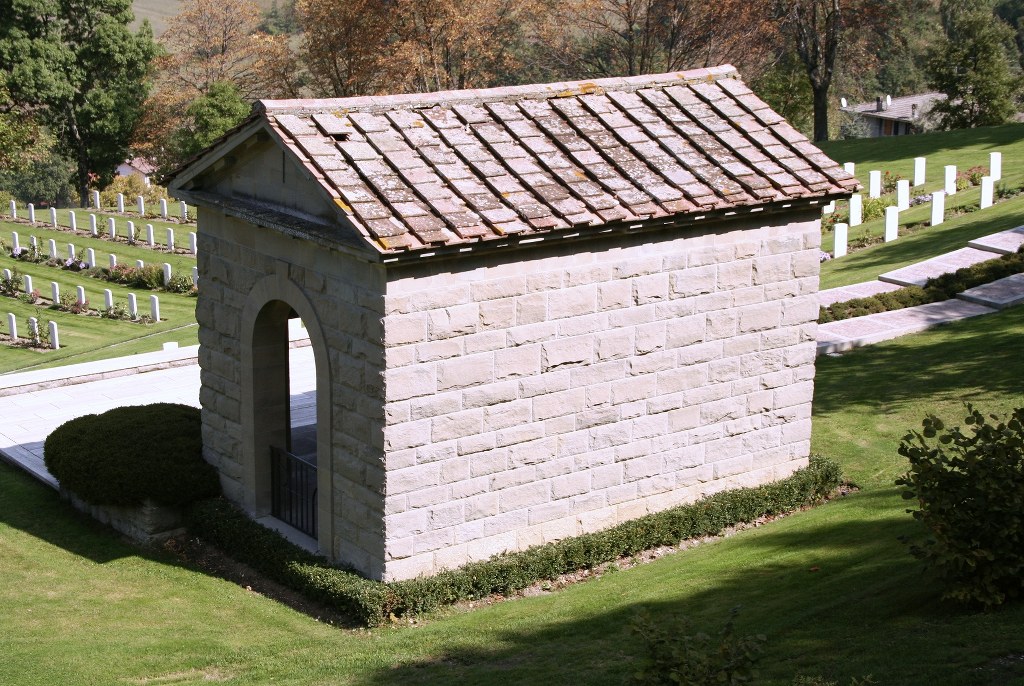 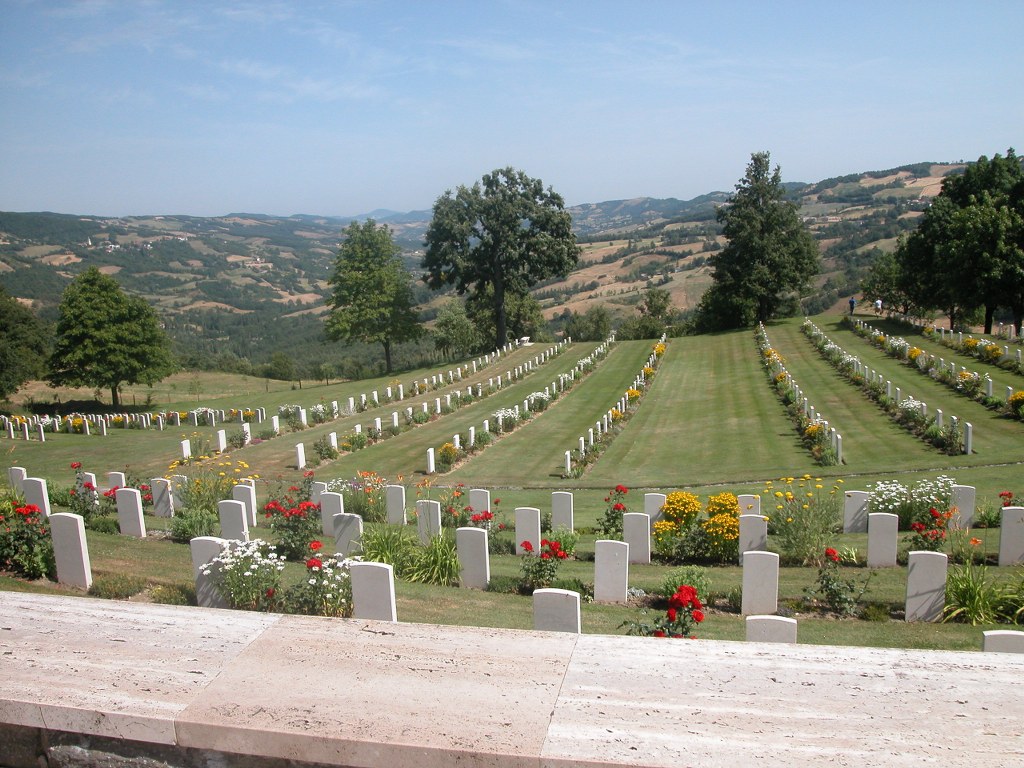 Castiglione dei Pepoli is a town in the Province of Bologna about 60 kilometres north of Florence and about 60 kilometres south of Bologna. It is situated in mountainous country near the highest point of the road connecting Prato and Bologna. The cemetery is on the west side of the road a little to the north of the town. Take the autostrada A1 and leave it at Roncobilaccio exit and keep heading for Castiglione. The cemetery is at the edge of the road on the right entering the town. Cemetery address: Via Bolognese, 51 40035 Castiglione dei Pepoli (BO) Emilia-Romagna.

Castiglione South African Cemetery was started in October 1944 by the 6th South African Armoured Division, which had entered Castiglione at the end of September and remained in the neighbourhood until the following April. Many of the burials were made direct from the battlefields of the Apennines, where during that winter South African troops held positions some 8 kilometres north of Castiglione.

The majority of those buried in this cemetery were South Africans, the remainder belonging mostly to the 24th Guards Brigade, which was under command of the 6th South African Armoured Division. In the cemetery there is a memorial building originally erected by South African troops, which contains two tablets unveiled by Field-Marshal Smuts; they bear the inscription in English and Afrikaans:

TO SAVE MANKIND YOURSELVES YOU SCORNED TO SAVE

The cemetery contains 502 Commonwealth burials of the Second World War.