Access to the cemetery outside opening hours is not possible at the moment due to a technical problem with the padlock system. 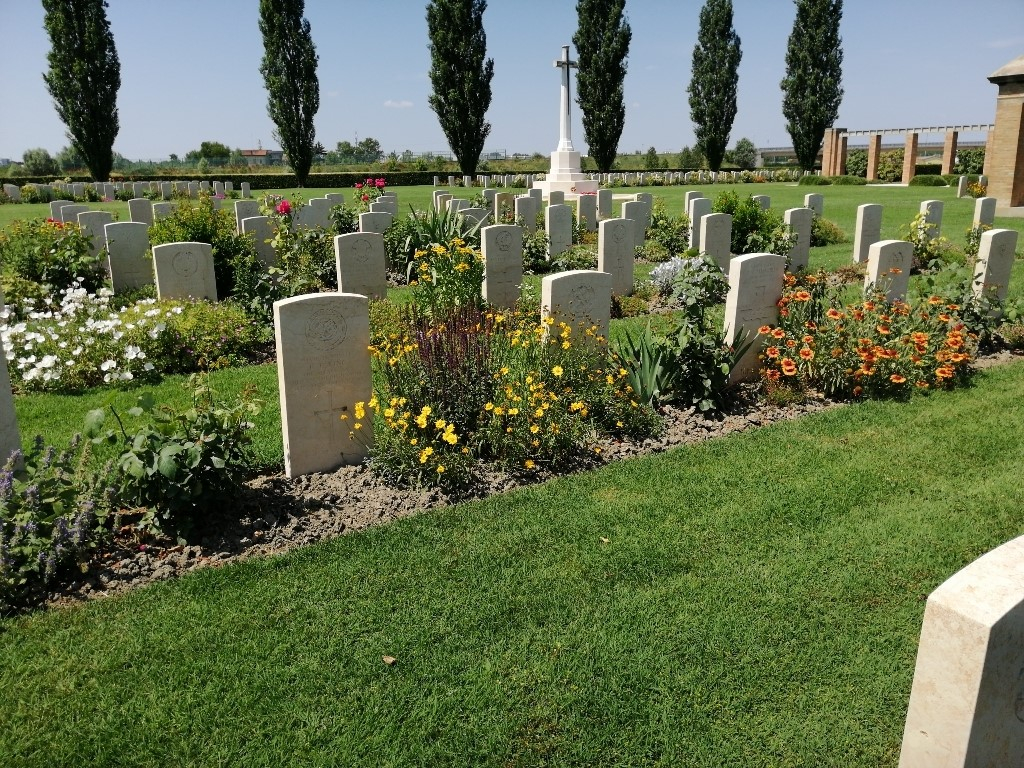 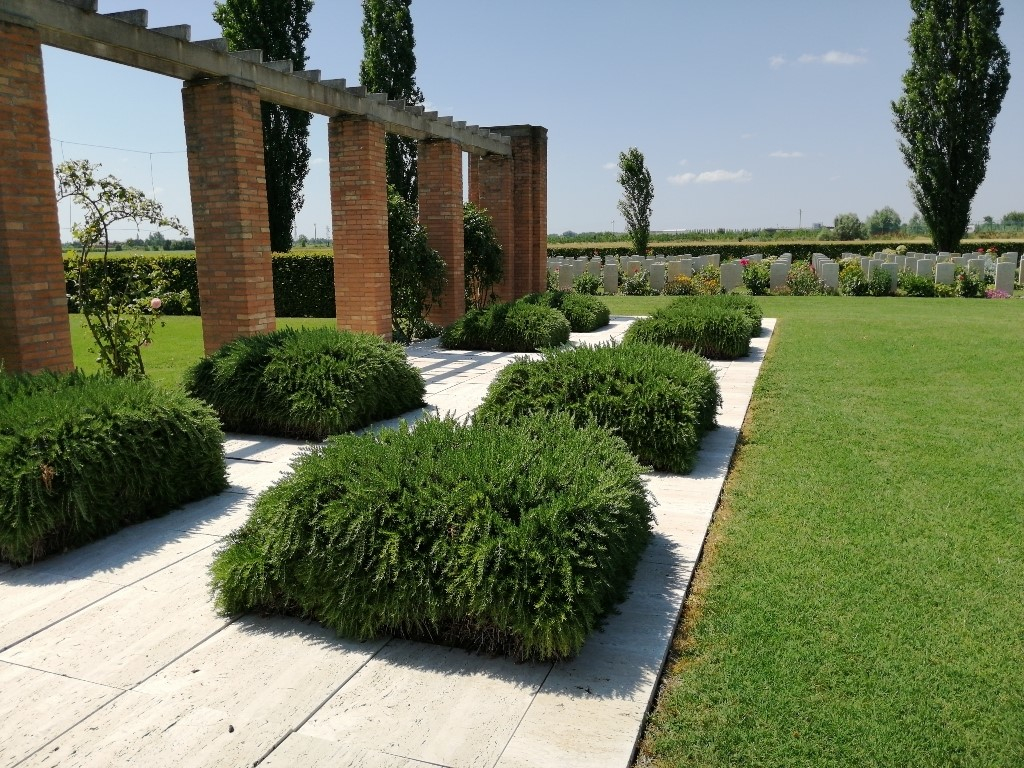 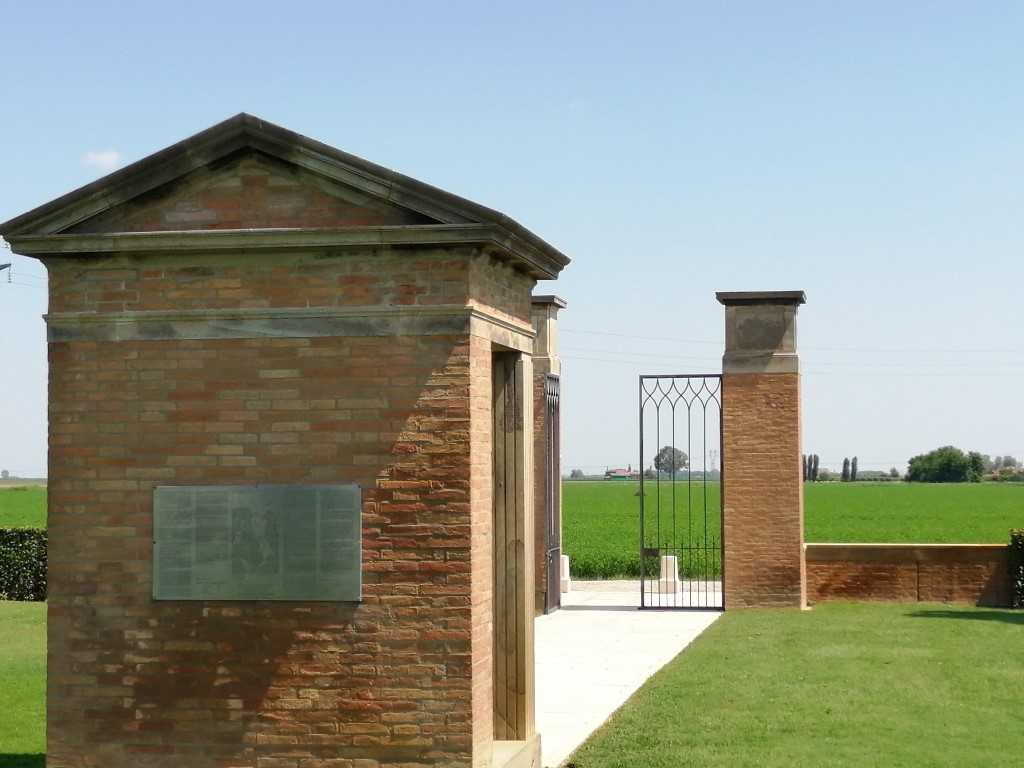 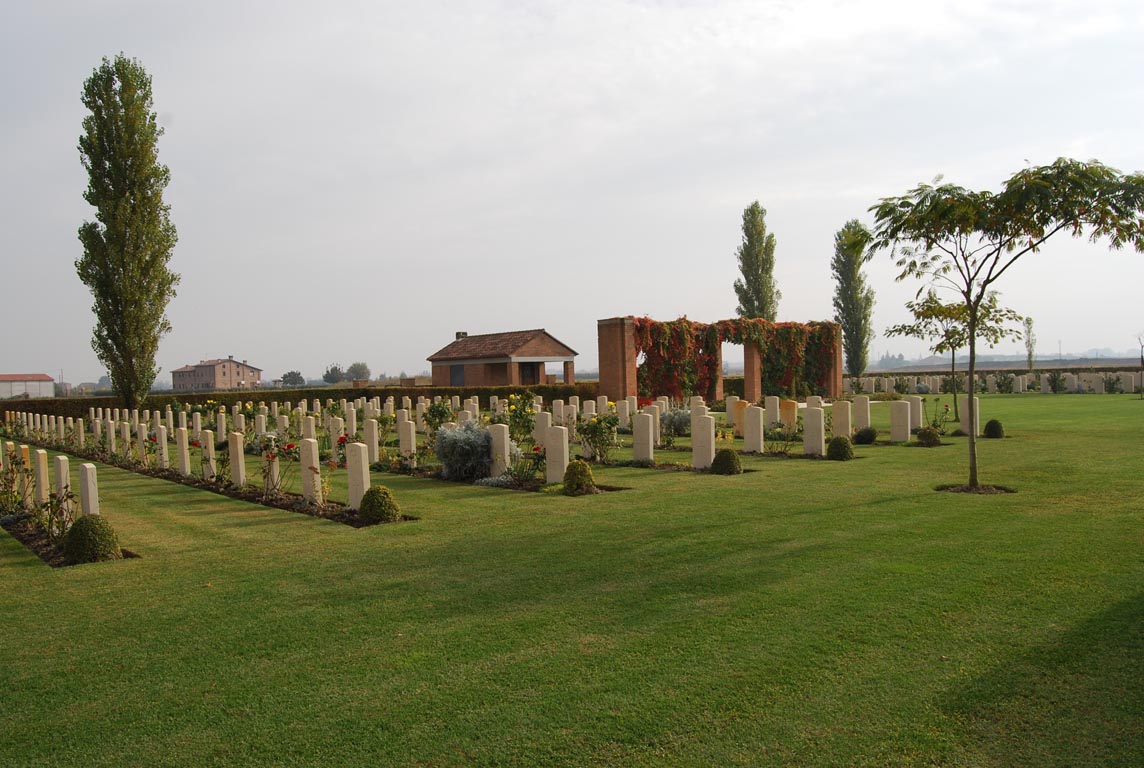 This cemetery is permanently open and may be visited at any time.

Please note that the main entrance is some 800 metres away from the nearest road. The track from the road to the cemetery entrance runs over private land on which the landowner has placed a barrier across the track. The barrier is usually unlocked between 08.00 and 19.30. Should the barrier be locked at the time of your visit, the combination lock number is 1221.

The final Allied offensive begain early the following April and Argenta Gap War Cemetery marks the final stages of the hard fighting in Italy in the spring of 1945. The site of the cemetery was chosen by the 78th Division for battlefield burials, and it was later enlarged when burials were brought in from the surrounding district. It contains, among others, the graves of many men of the Commandos engaged in the amphibious operations on the shores of the Comacchio lagoon early in April 1945.