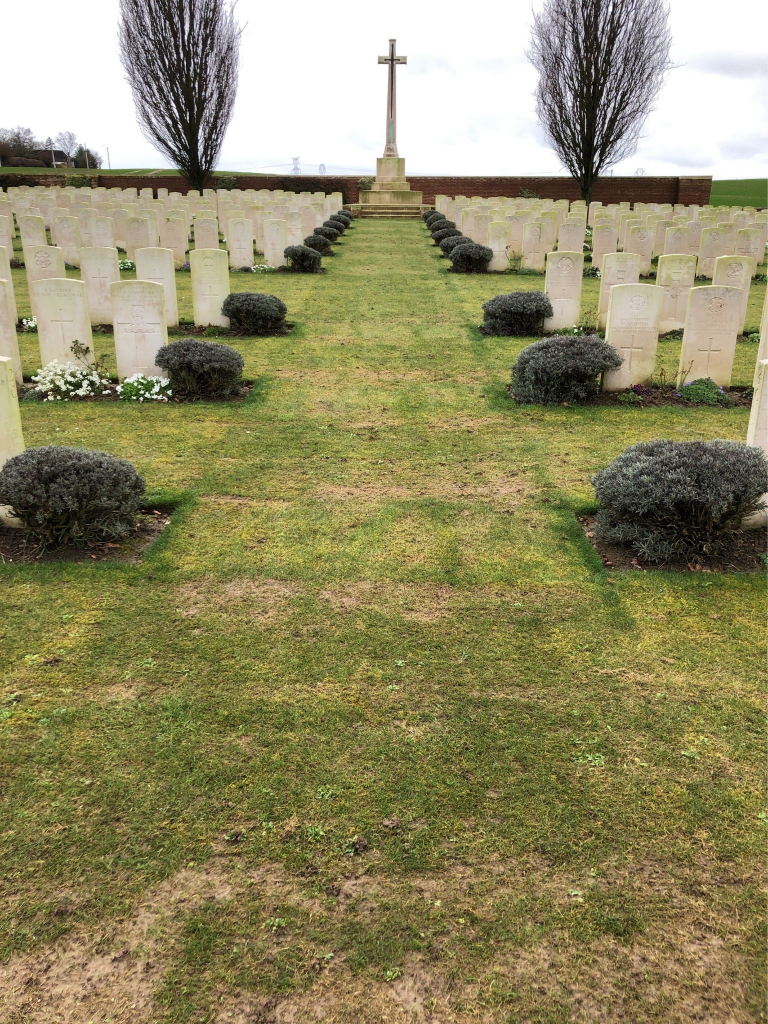 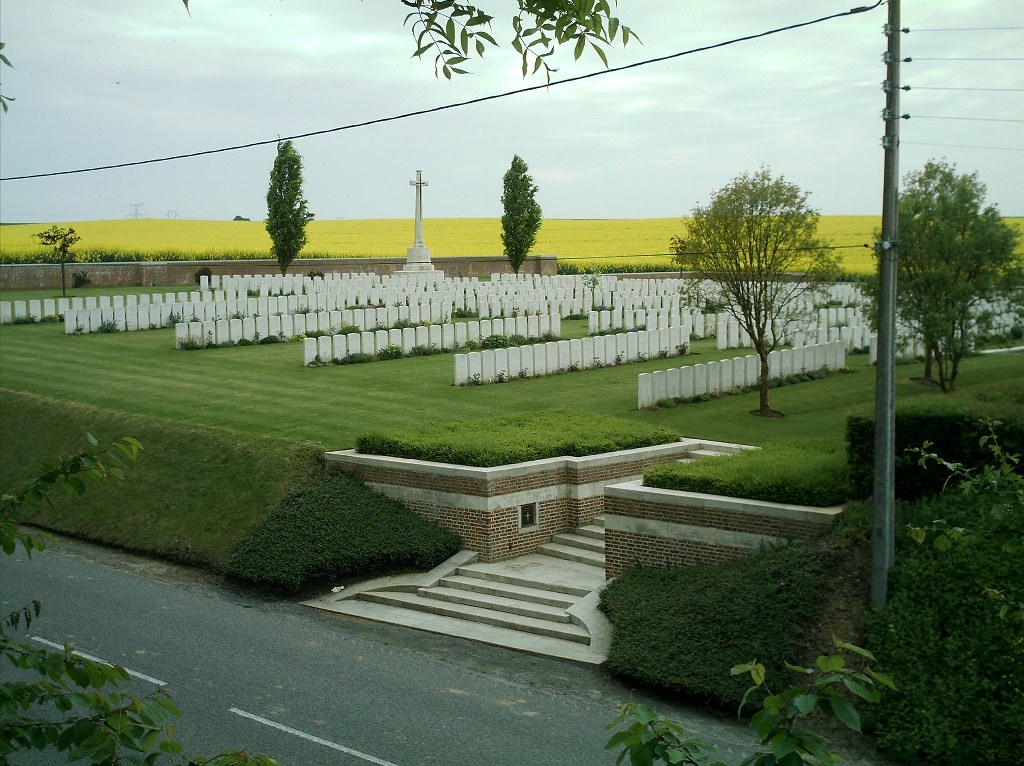 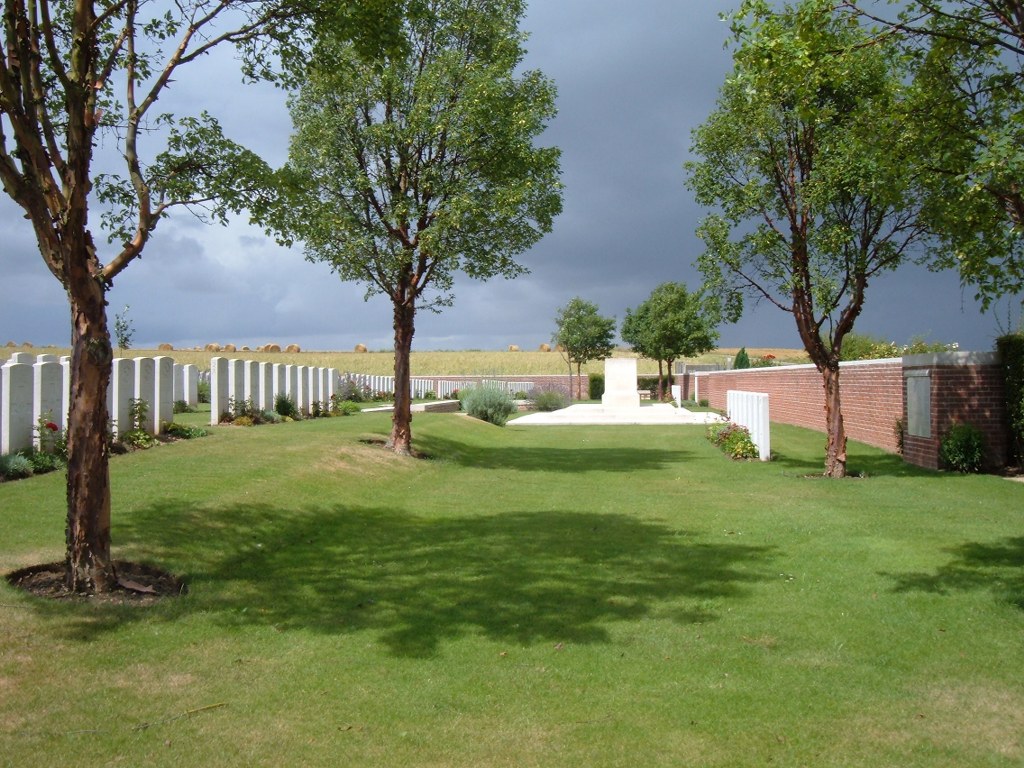 Romeries is a village approximately 16 kilometres south of Valenciennes and 4 kilometres north-east of Solemes. The Communal Cemetery is on the west side of the village on the north side of the road to Solemes.