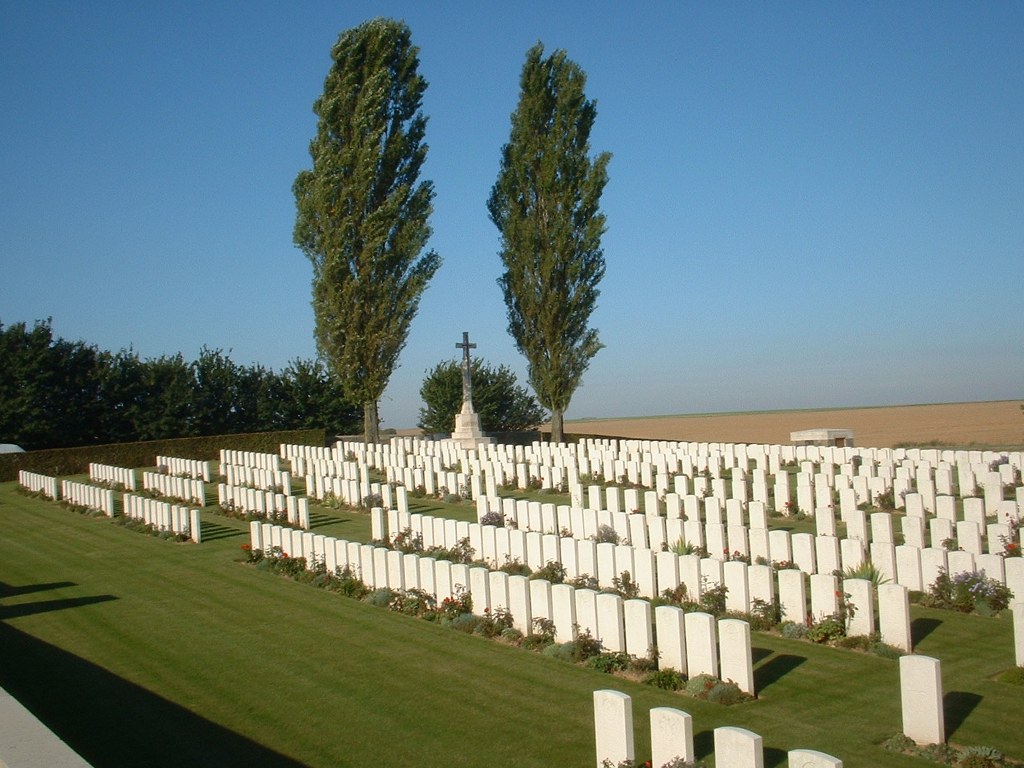 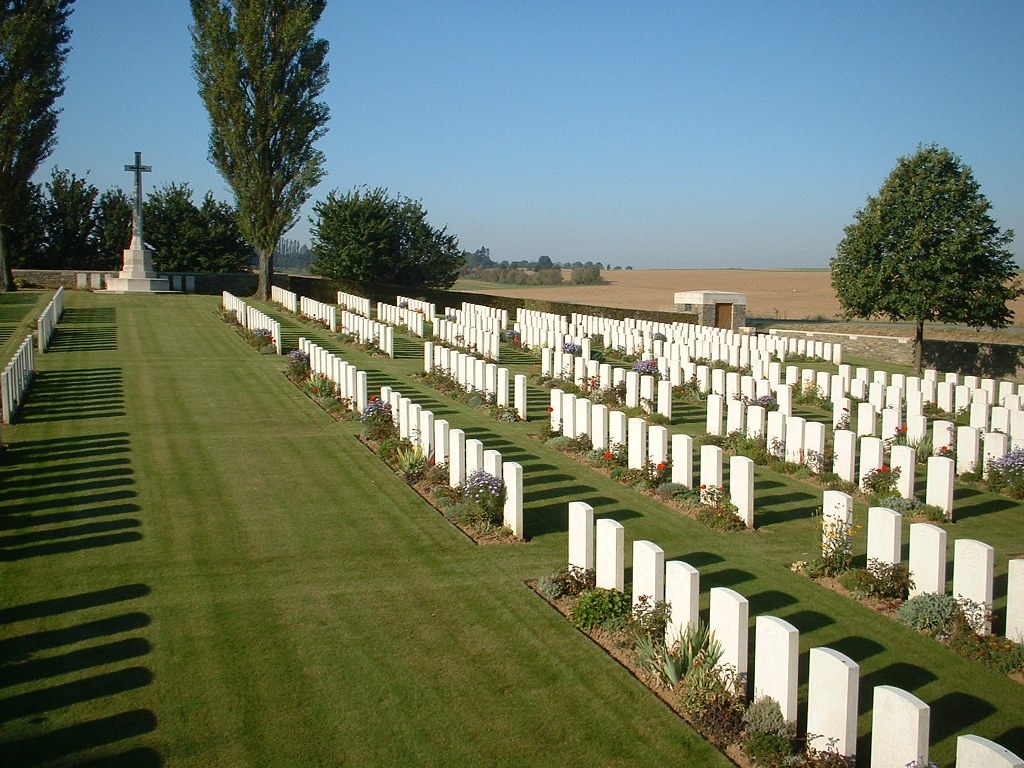 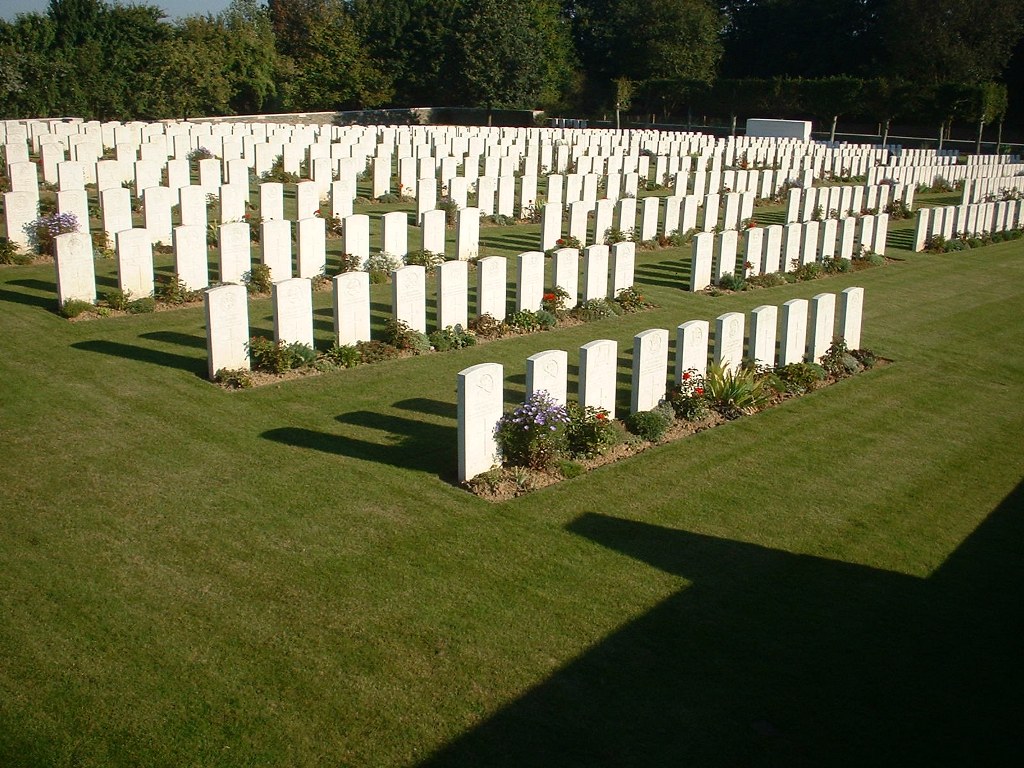 Vendhuile (Vend'huile) was very nearly reached in the Battle of Cambrai 1917. It was taken by the 27th and 30th American Divisions at the end of September 1918, and cleared by the 12th and 18th Divisions on 30 September. After the fight, men of the 18th Division were buried by the 50th (Northumbrian) Division in Plot I, Row A, of Unicorn Cemetery (the name is taken from the Divisional mark of the 50th Division). The rest of the cemetery was formed after the Armistice when graves were brought in from the surrounding battlefields, isolated sites and from the following small cemeteries of 1917 and 1918:-

LA PAURELLE BRITISH CEMETERY, RONSSOY, contained 110 graves of soldiers from the United Kingdom. It was in a hamlet on the Basse Boulogne-Epehy road. It was begun by 1/5th Gloucesters in April 1917 and used by cavalry and infantry units until February 1918. After the recapture of Ronssoy by the 18th Division on the 18th September 1918, it was used again by the 6th Northamptons.

BASSE-BOULOGNE BRITISH CEMETERY, LEMPIRE, contained the graves of 67 soldiers from the United Kingdom and Australia. It was made by the 103rd Labour Company after the capture of Basse-Boulogne on the 18th September 1918, by the 6th Northamptons. It was a little East of the hamlet of Basse-Boulogne.

LEMPIRE BRITISH CEMETERY, originally contained the graves of 118 soldiers from the United Kingdom, one from Australia, 15 American soldiers and 40 German prisoners. It was made by the 18th Division Burial Officer after the Division had cleared Lempire on the 19th September 1918. It was on the Eastern side of Lempire village.

LEMPIRE and VEND'HUILE COMMUNAL CEMETERY EXTENSIONS, contained respectively the graves of seven and six soldiers from the United Kingdom.

The cemetery now contains 1,008 burials and commemorations of the First World War. 409 of the burials are unidentified but there are special memorials to ten casualties known or believed to be buried among them. There are also special memorials to eight casualties buried in Lempire British Cemetery whose graves could not be found on concentration.