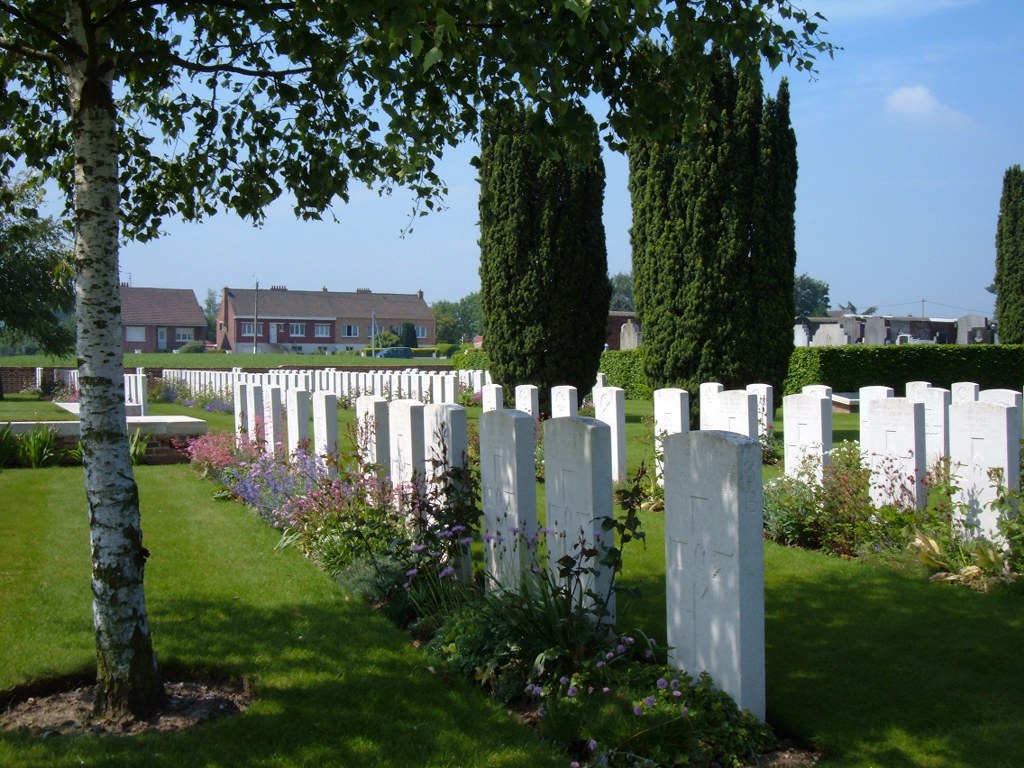 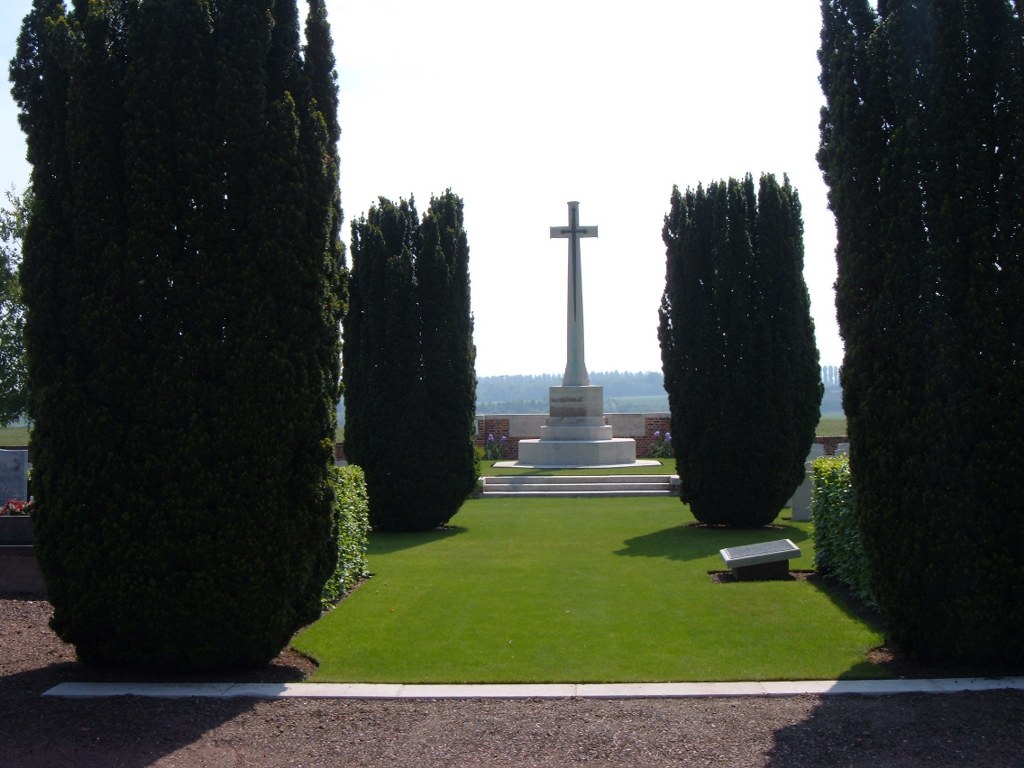 Hersin is a village about 5 kilometres south of Bethune and about 2 kilometres west of the main road from Bethune to Arras. The Communal Cemetery and Extension lie to the north-east of the village.

The extension to Hersin Communal Cemetery was begun by French troops, who made over 100 burials, and was taken over by Commonwealth troops and field ambulances in March 1916. It was used until October 1918. The extension contains 224 Commonwealth burials of the First World War; many of the graves are of engineers, mostly from tunneling companies. All but seven of the French graves have been removed. The extension was designed by Sir Edwin Lutyens.