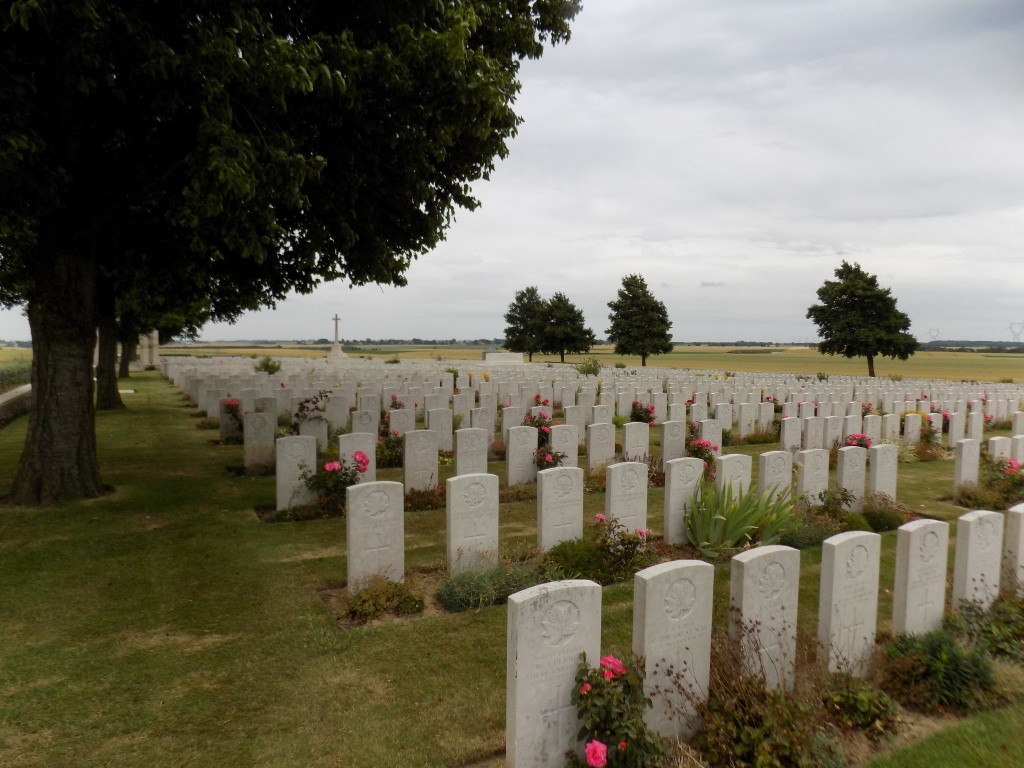 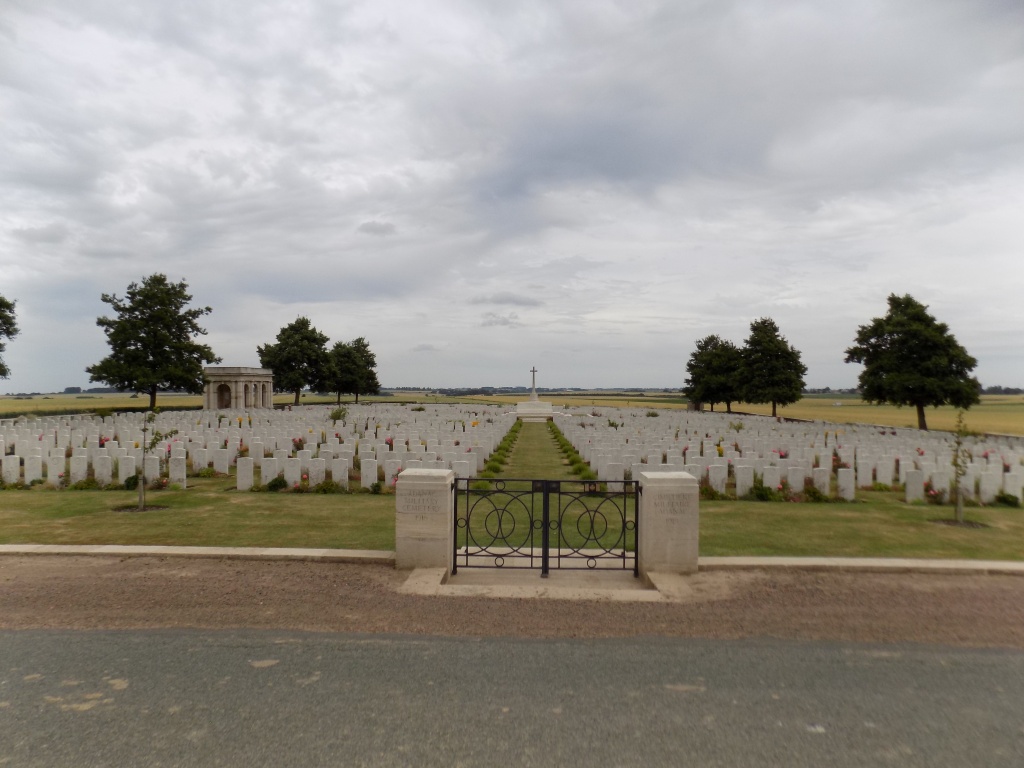 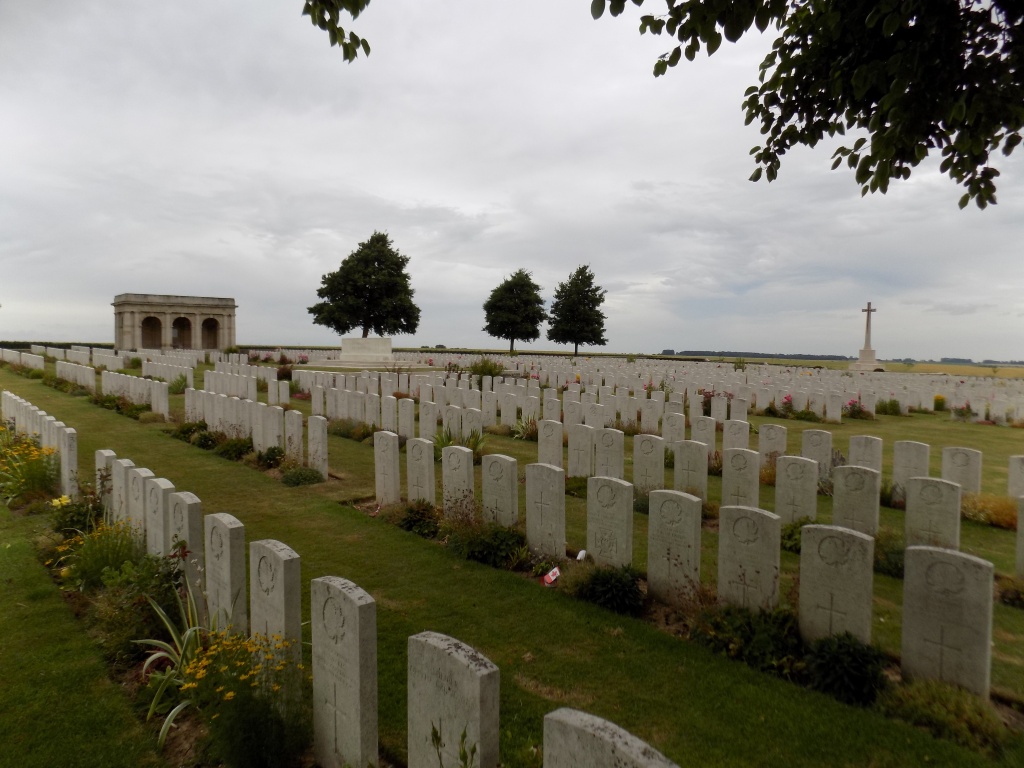 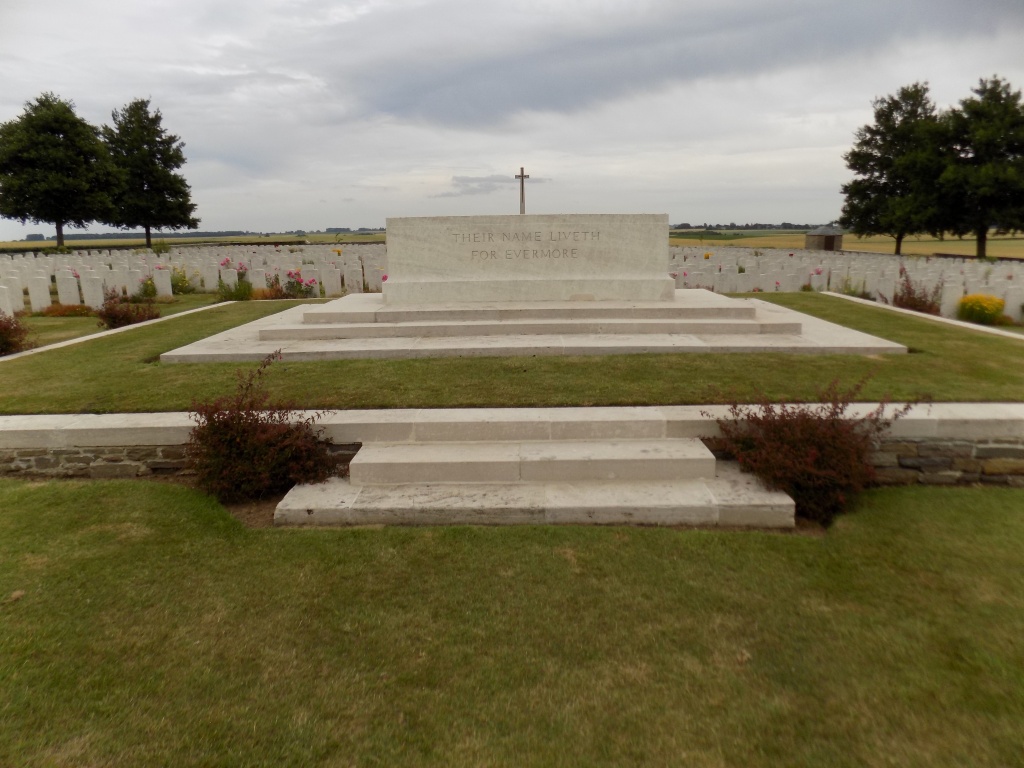 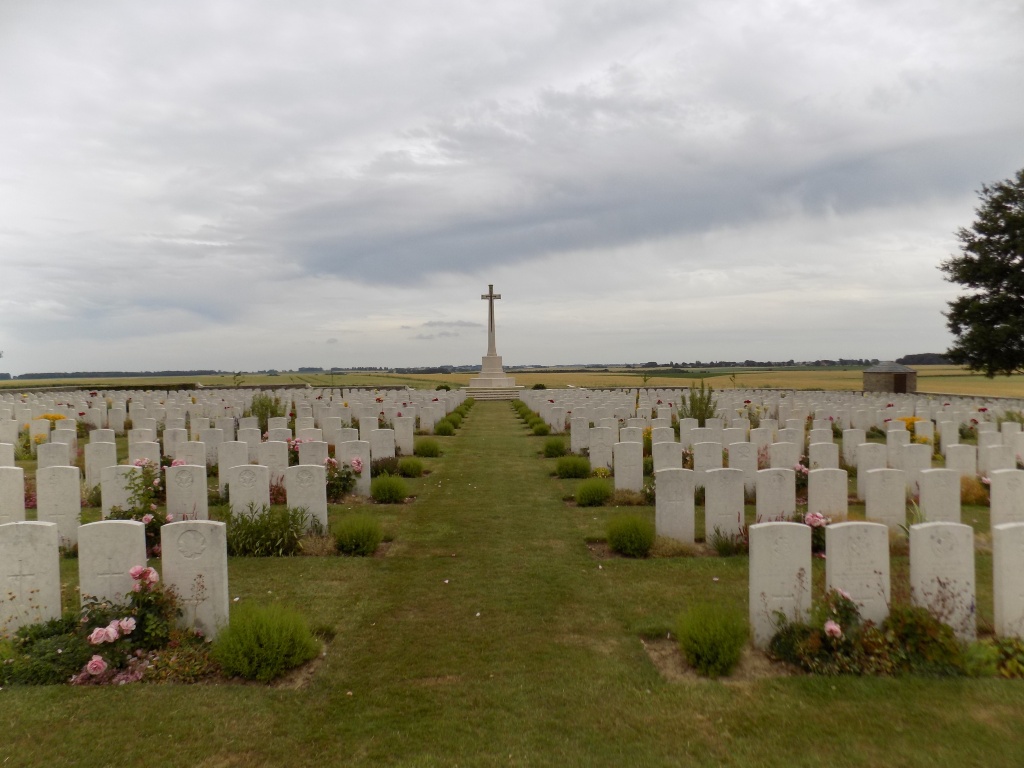 Miraumont is a village about 14.5 Kms north-north-east of Albert and the Cemetery is some 3 Kms south of the village on the east side of the road to Courcelette (D107). The cemetery is signposted in the centre of Miraumont.

Wheelchair access is possible to this cemetery with some difficulty.

The villages of Miraumont and Pys were occupied on 24-25 February 1917 following the German withdrawal to the Hindenburg Line. They were retaken by the Germans on 25 March 1918, but recovered the 42nd (East Lancashire) Division on the following 24 August.

Adanac Military Cemetery (the name was formed by reversing the name "Canada") was made after the Armistice when graves were brought in from the Canadian battlefields around Courcelette and small cemeteries surrounding Miraumont, including:-

PYS BRITISH CEMETERY, about two thirds of the way from Pys to Courcelette. It contained the graves of 22 soldiers from Canada, two from the United Kingdom and five of unknown Units, and a memorial to 33 men of the Seaforth Highlanders of Canada.

PYS NEW BRITISH CEMETERY, in the village, made by the 42nd Division in August and September, 1918, and containing the graves of 35 soldiers (and sailors and Marines) from the United Kingdom and one from New Zealand.

AQUEDUCT ROAD CEMETERY, PYS, between Pys and Le Sars, made by the 6th and 99th Infantry Brigades in March, 1917, and containing the graves of eleven soldiers from the United Kingdom.

SHRINE CEMETERY, GREVILLERS, about 500 metres from Grevillers on the road to Irles, containing the graves of thirteen soldiers from New Zealand and two from the United Kingdom who fell at the end of August, 1918.

One grave (Plot IV, Row B, Grave 30) was left in its original position.

There are now 3,187 Commonwealth burials and commemorations of the First World War in this cemetery. 1,709 of the burials are unidentified but special memorials commemorate 13 casualties known or believed to be buried among them.