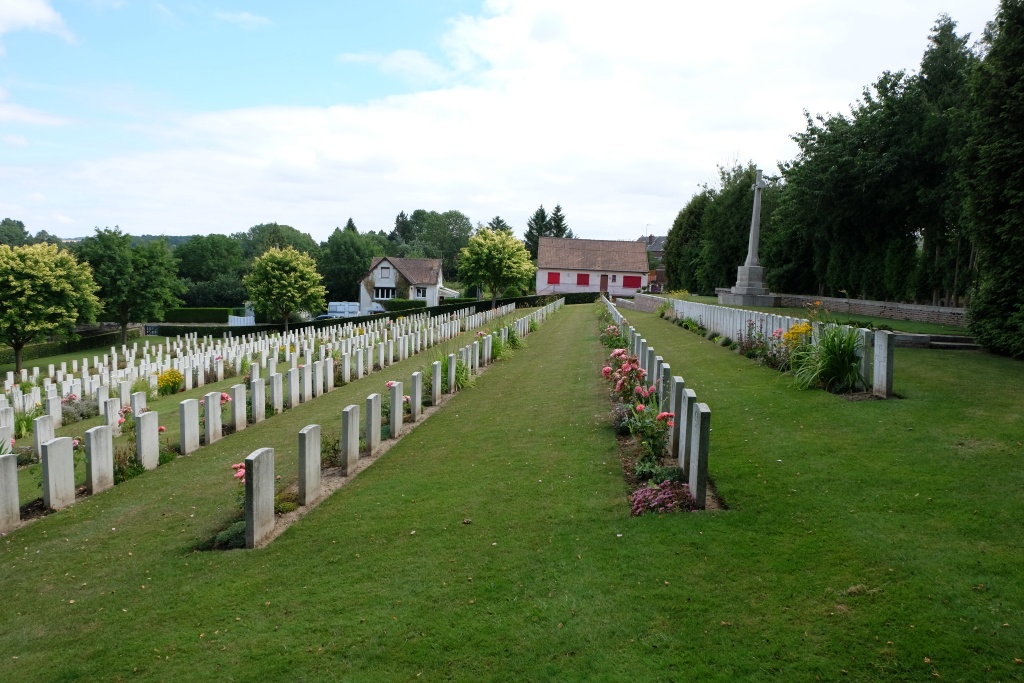 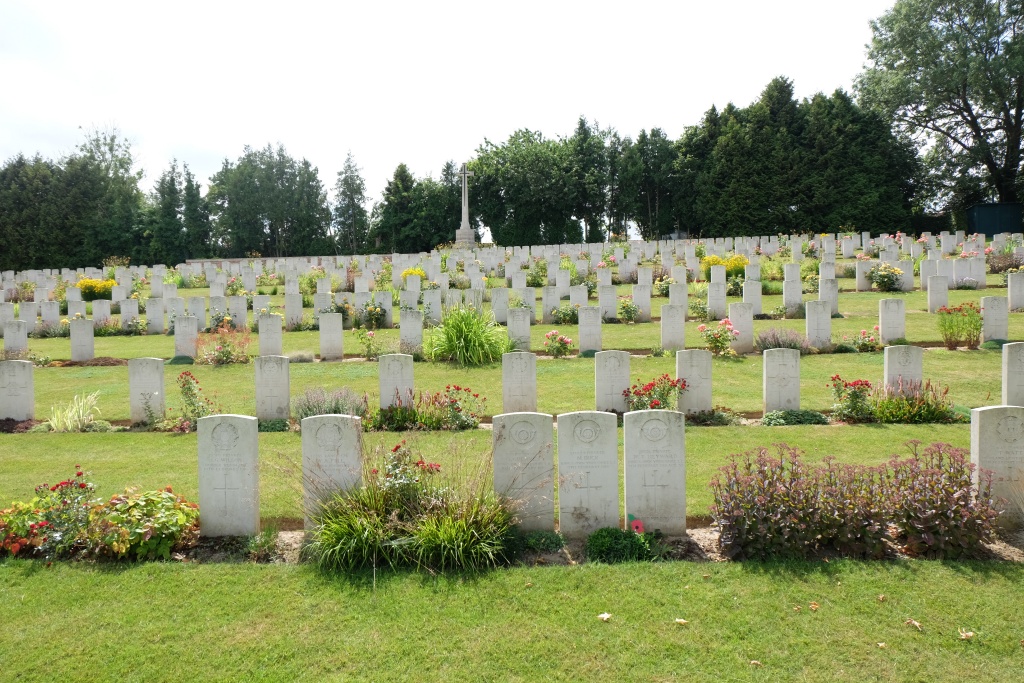 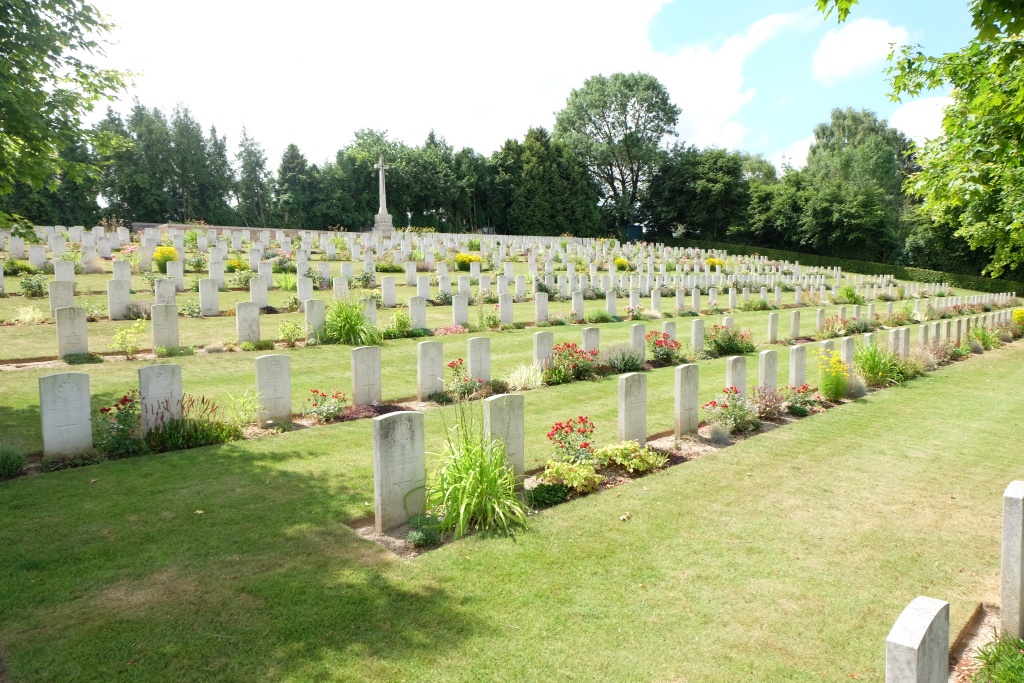 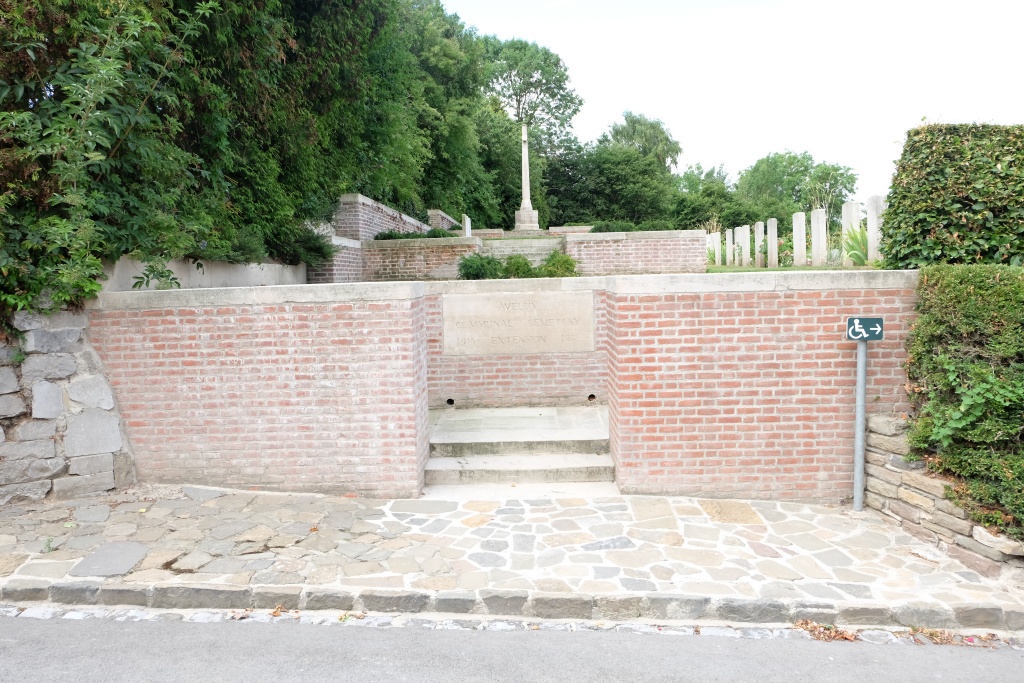 Aveluy is a village in the Department of the Somme, immediately north of Albert. Using the D929 from Bapaume to Albert, continue until you come to La Boisselle, and then take the right turning signposted to Aveluy on the D20. On entering Aveluy the cemetery will be found after taking the first right turn in the village.

Aveluy village was held by Commonwealth forces from July 1915 to 26 March 1918. The extension to the communal cemetery, begun by the French who held this part of the line previously, was continued by our units and field ambulances from August 1915 to March 1917. In the latter month, the 3rd and 9th Casualty Clearing Stations began to use it, the 9th remaining until November 1917. On 26-27 March 1918, the village and the cemetery were lost during the German advance, but were retaken at the end of August. Aveluy Communal Cemetery Extension contains 613 burials and commemorations of the First World War. 26 of the burials are unidentified and three graves, the exact locations of which could not be found, are represented by special memorials. The extension was designed by Sir Reginald Blomfield.