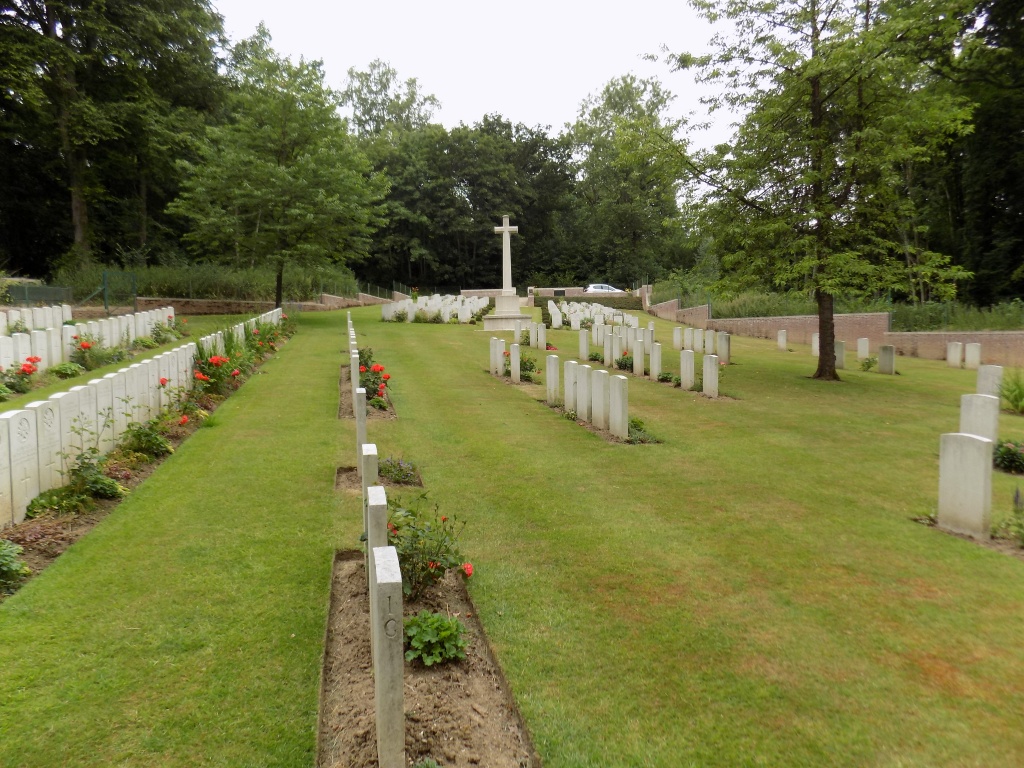 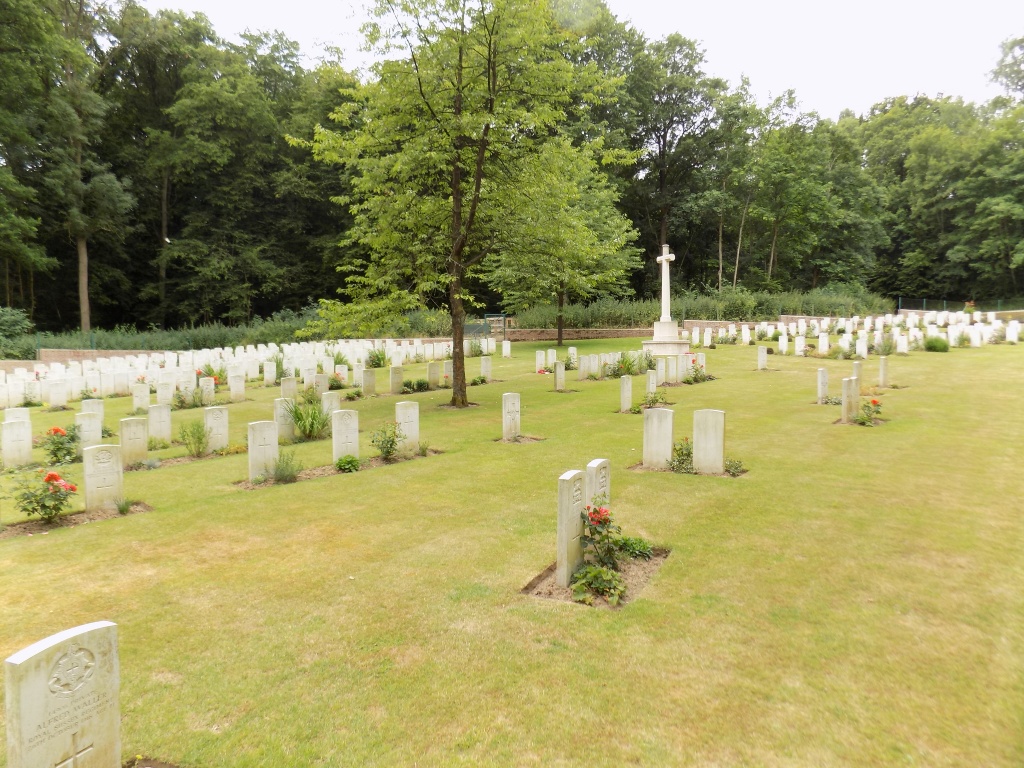 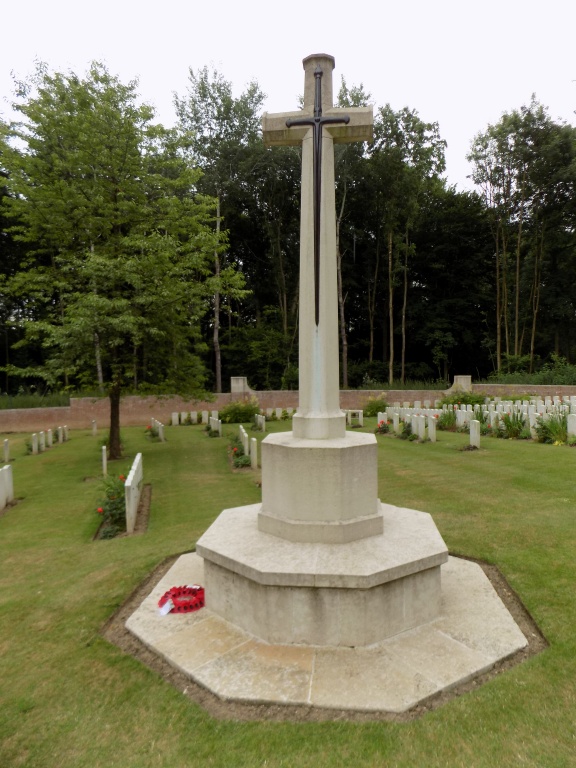 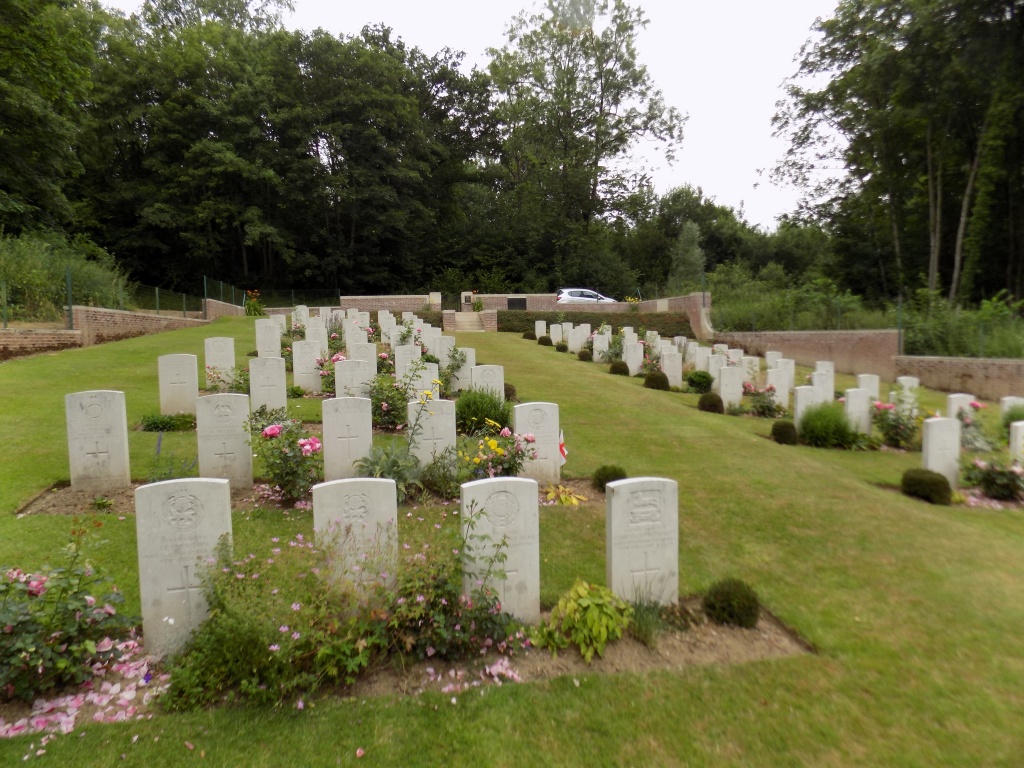 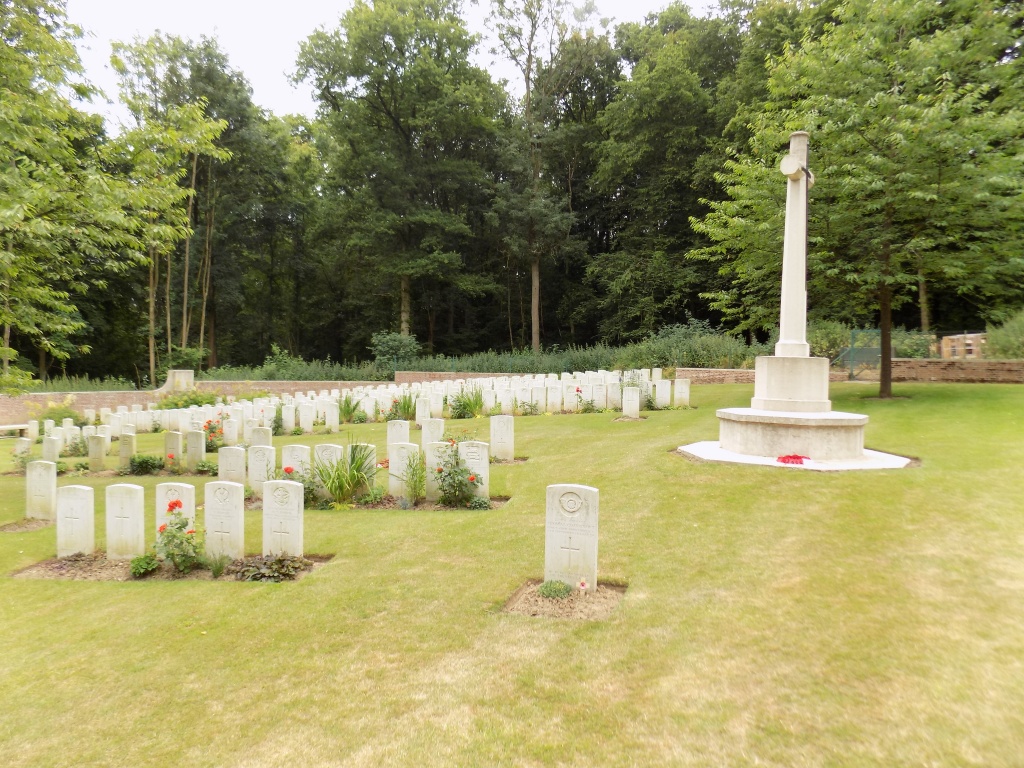 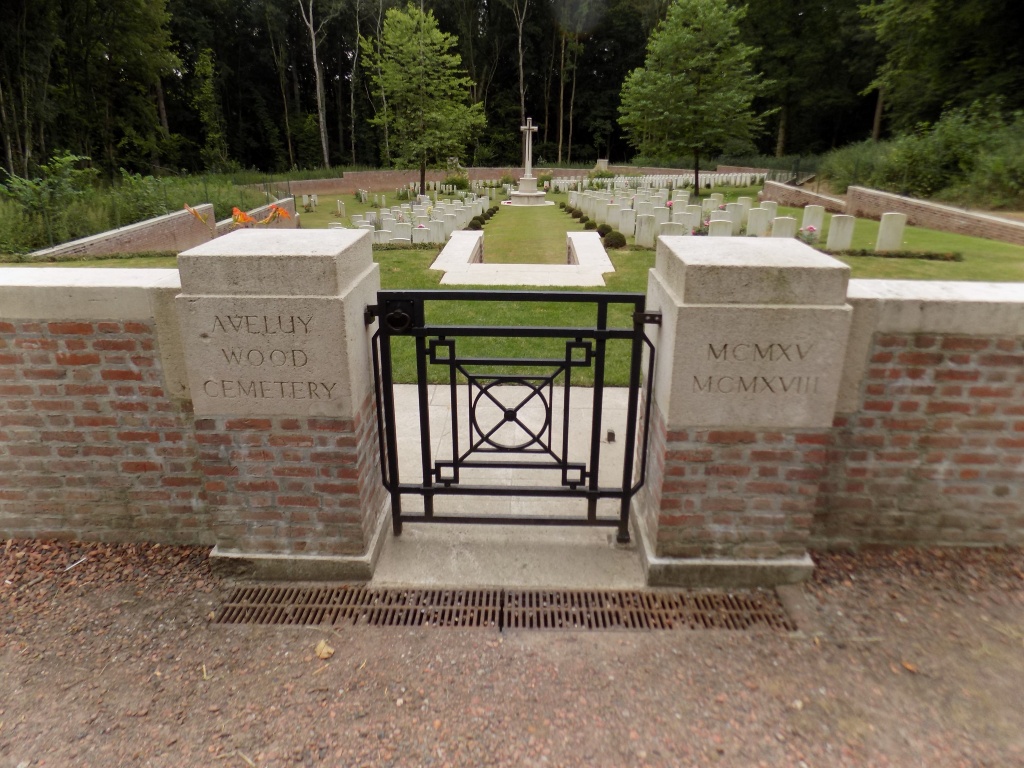 The Cemetery is about 5 Kms north of the town of Albert and situated in woodland on the eastern side of the road (D50) from Albert to Hamel. The Cemetery is signposted in the village of Aveluy, which you pass through on the way to the cemetery.

The cemetery was begun in an area known to the Army as 'Lancashire Dump' in June 1916, a few days before the beginning of the Battle of the Somme, and was used by fighting units and field ambulances until the German withdrawal to the Hindenburg Line in February 1917. It then remained unused until the German advance in the spring of 1918. On the night of 26-27 March, the Germans entered Aveluy Wood and by 5 April it was mostly in their hands, in spite of the stubborn defence of the 12th (Eastern), 47th (London) and 63rd (Royal Naval) Divisions. The wood was attacked in vain by several divisions before it was finally cleared at the end of August, and in September the V Corps Burial Officer added graves of April-September 1918 to Row H of Plot I.

After the Armistice, Plots II and III were added when isolated graves were brought in from Aveluy Wood itself, and in 1923 Rows I to M of Plot I (124 graves) were added by concentrations from a wider area.

Aveluy Wood Cemetery now contains 380 burials and commemorations of the First World War. 172 of the burials are unidentified but there are special memorials to 20 casualties known to be buried among them.