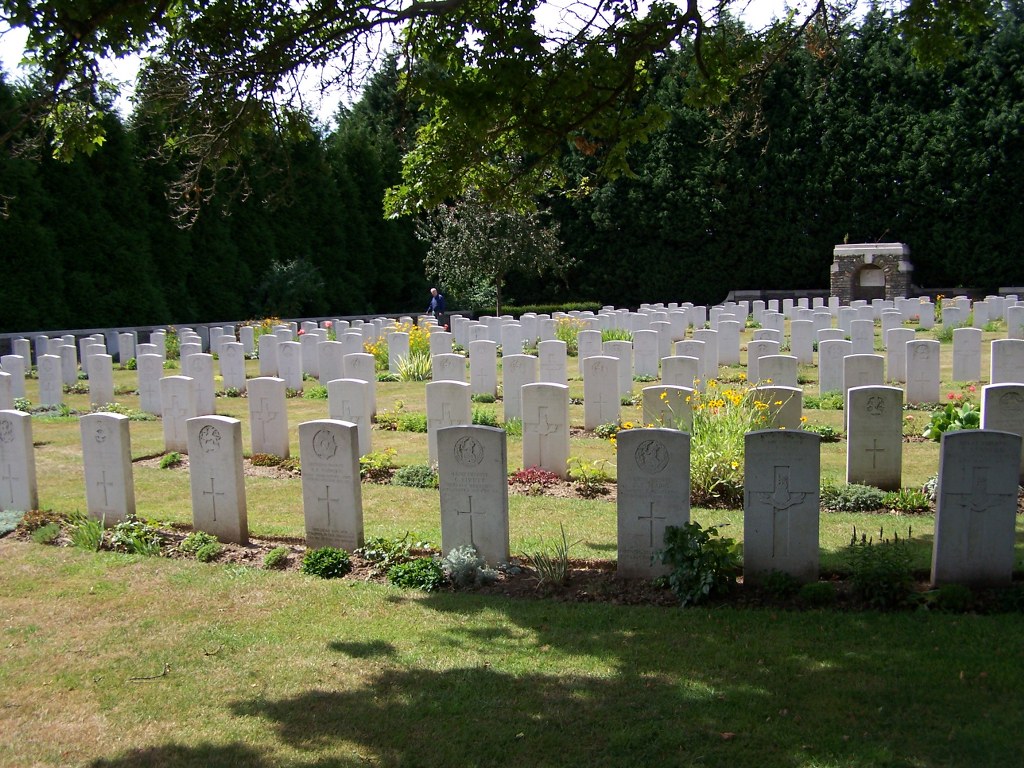 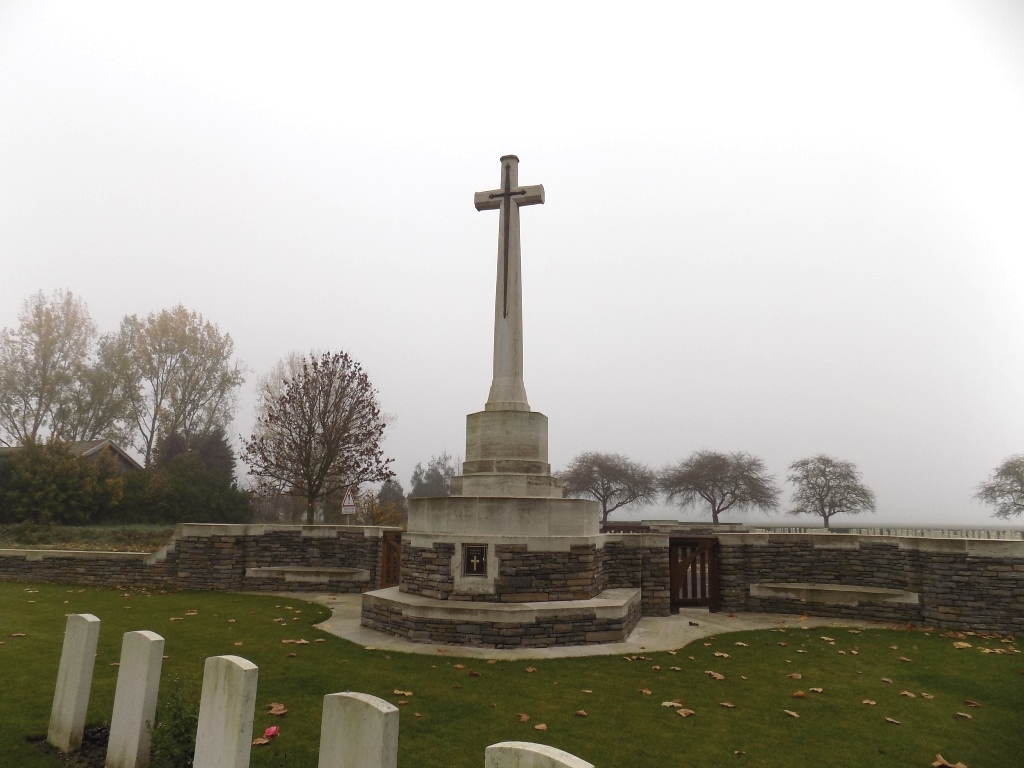 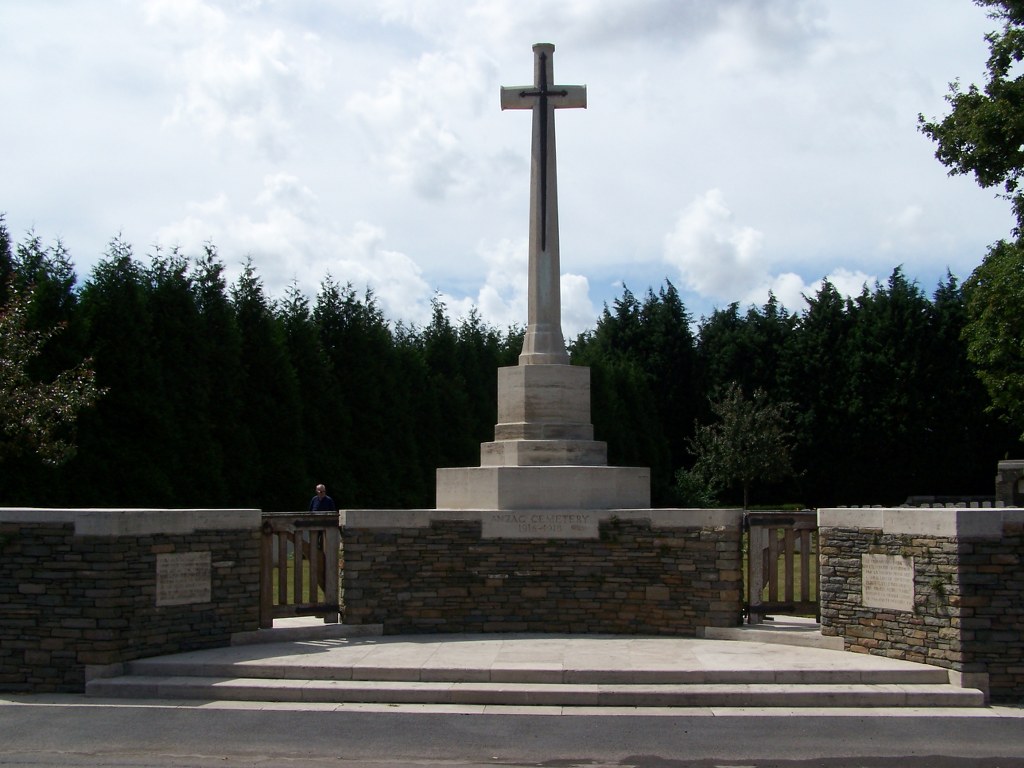 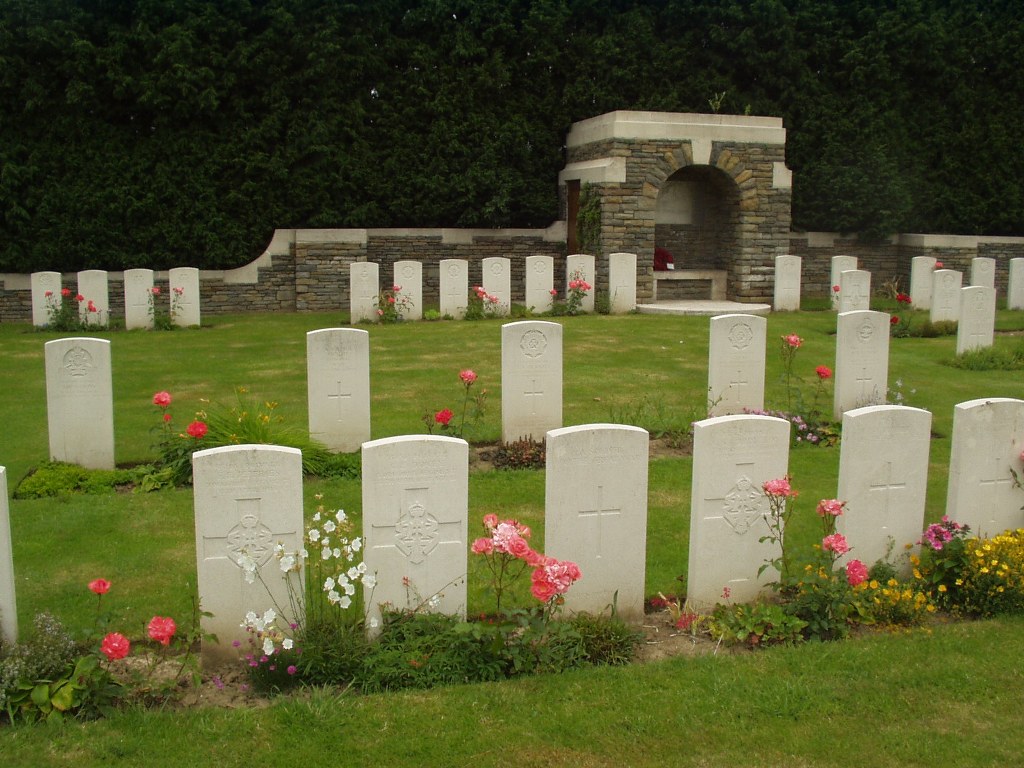 The Cemetery is on the north-west side of the road between Armentieres and Bethune, the D945, just north of the village Sailly-sur-la-Lys.

Sailly Church was burnt during the open fighting of October 1914, when French cavalry and British and German infantry fought on the Lys, but from the winter of 1914-1915 to the spring of 1918 the village was comparatively untouched. It was captured by the Germans on 9 April 1918, and it remained in their hands until the beginning of September. Anzac Cemetery was begun by Australian units in July 1916, immediately before the Attack at Fromelles, and it contains the graves of many Australian soldiers who died in that engagement. It continued in use as a front-line cemetery until April 1918 and was used by German troops for the burial of Commonwealth soldiers during the following summer. Anzac Cemetery contains 320 Commonwealth burials of the First World War. 62 of the burials are unidentified but there are special memorials to seven casualtes known or believed to be buried among them, and to three soldiers buried by the Germans in Sailly Churchyard whose graves could not be located. It also contains five Second World War burials and six German graves. The cemetery was designed by Sir Herbert Baker.