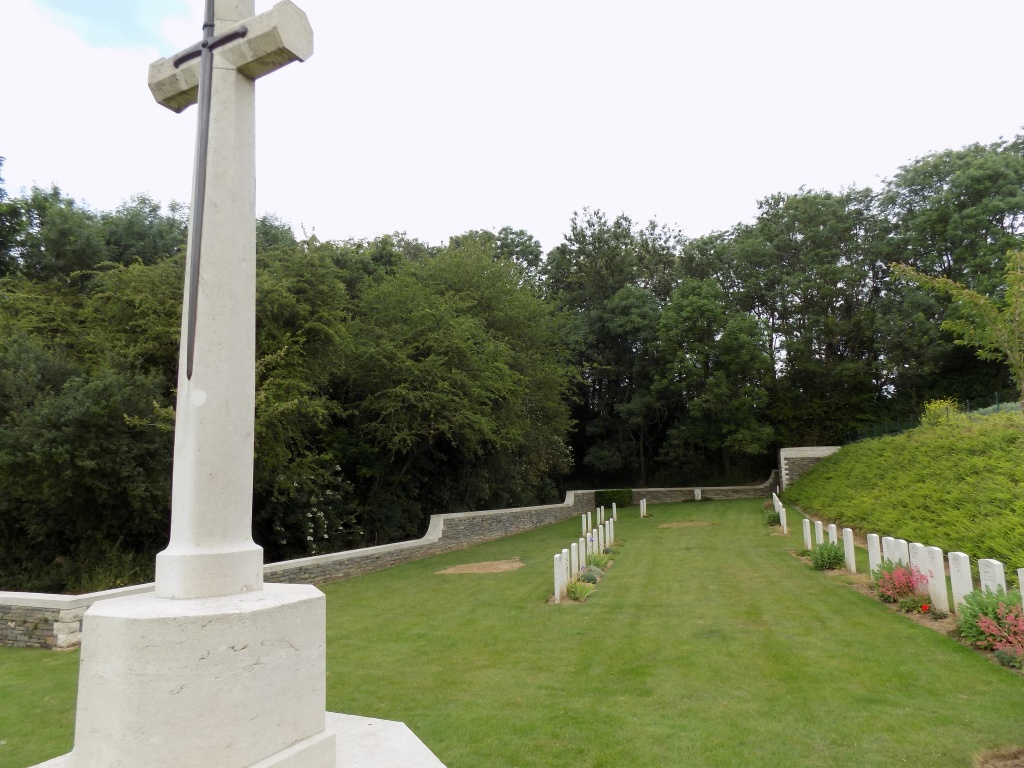 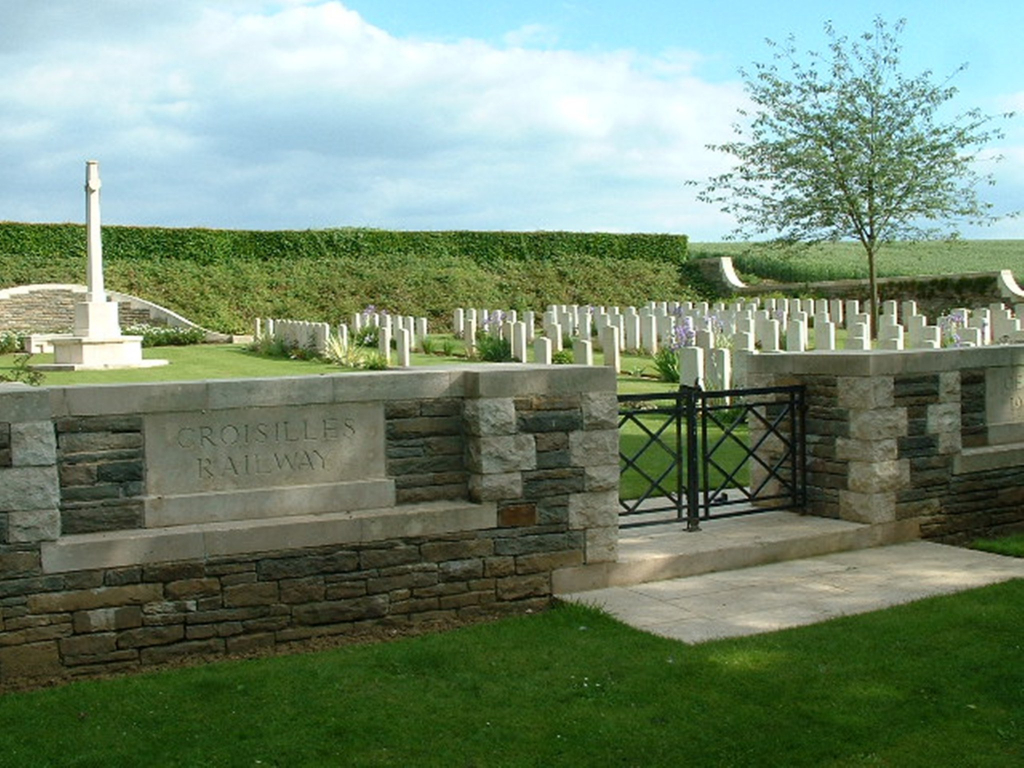 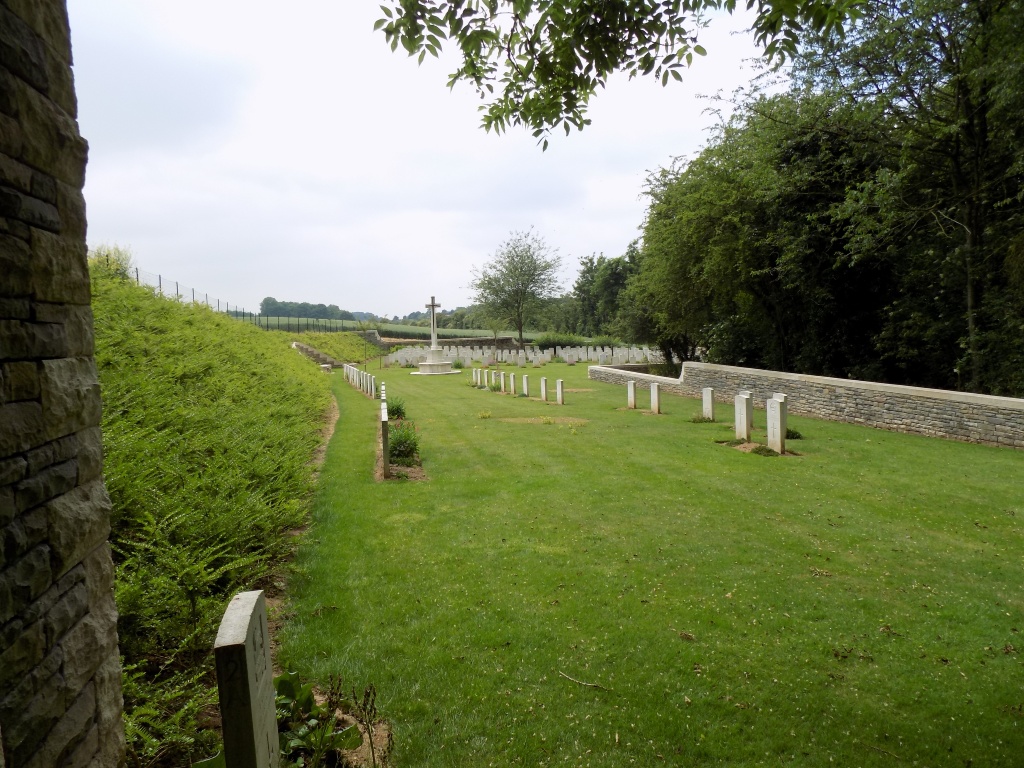 The 7th Division attacked Croisilles in March 1917 and took it on 2 April. It was lost on 21 March 1918 and recaptured by the 56th (London) Division on the following 28 August, after heavy fighting. The Railway Cemetery was begun by the 21st Manchesters at the beginning of April 1917 and used by units of various divisions until January 1918. The cemetery was also used by the Germans in March 1918 and one further Commonwealth burial was made in September 1918. The cemetery now contains 181 Commonwealth burials of the First World War. 26 of the burials are unidentified but there is a special memorial to one casualty known to be buried among them. There are also 26 German burials in the cemetery. Croisilles Railway Cemetery was designed by W H Cowlishaw.