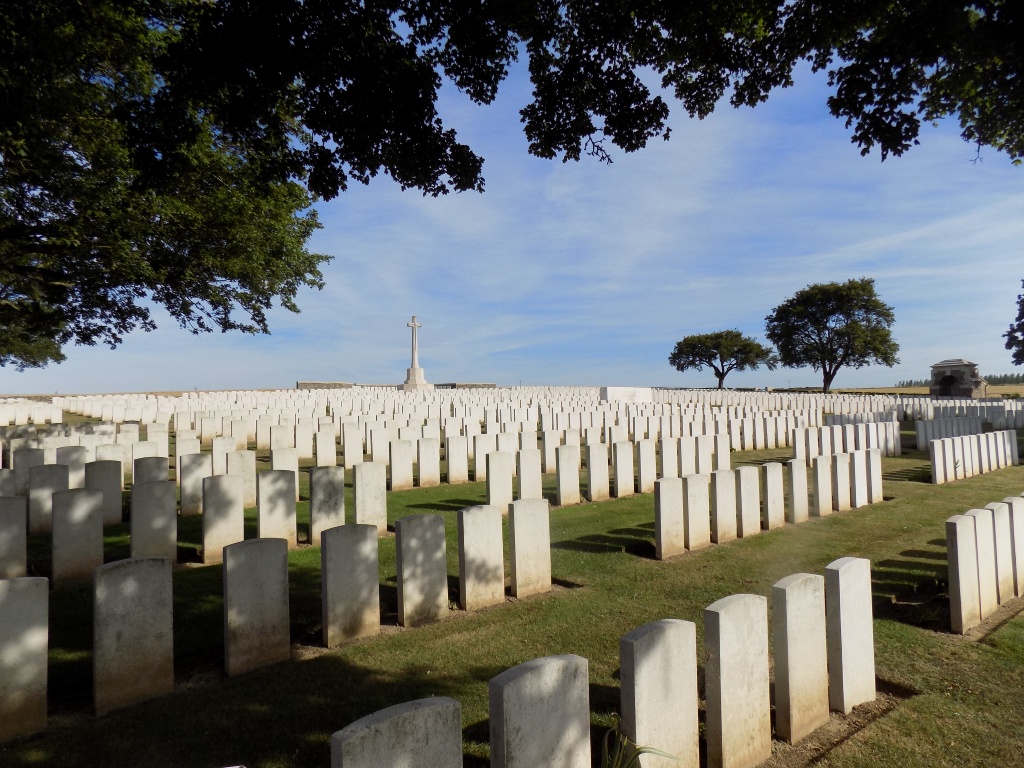 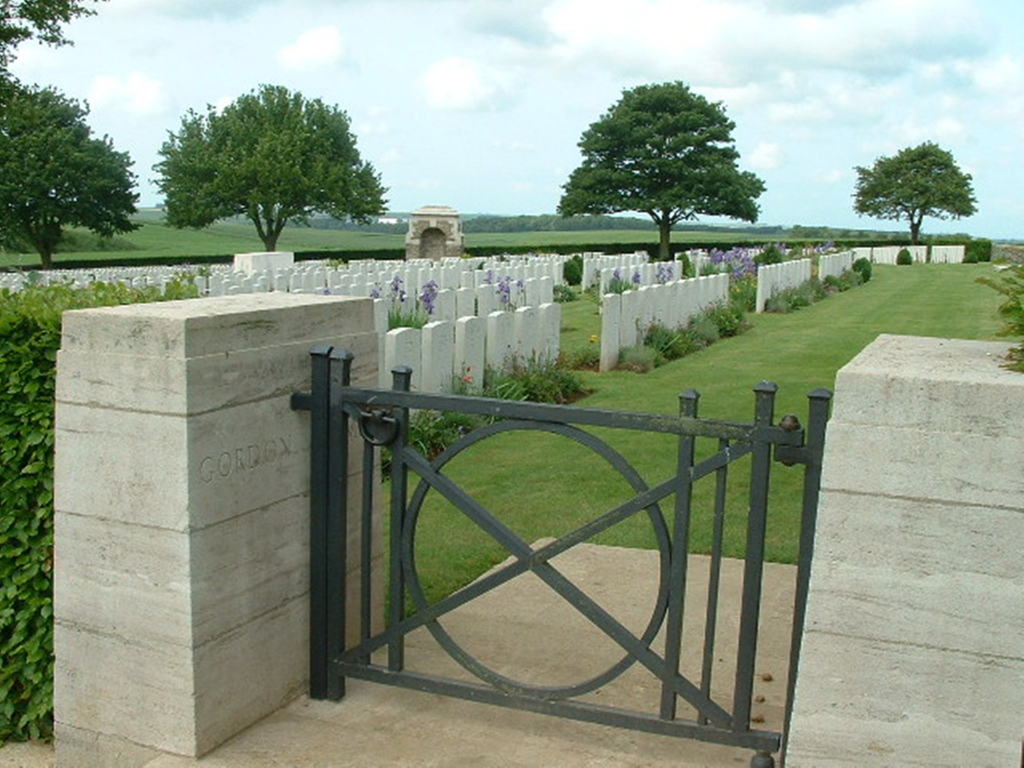 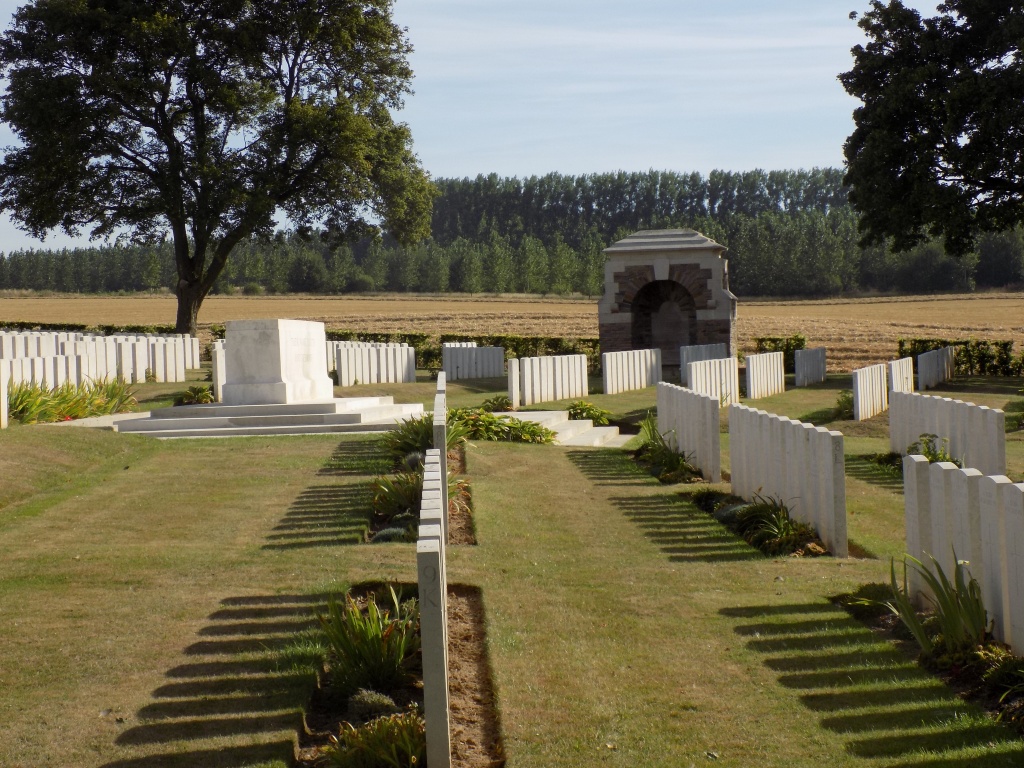 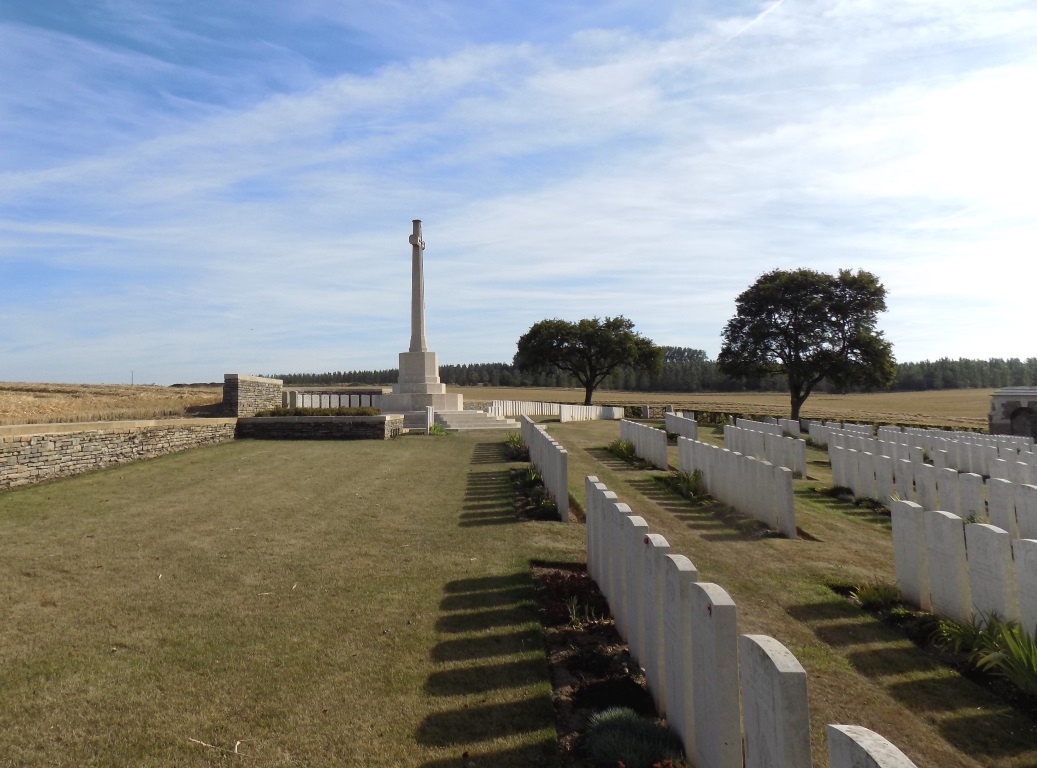 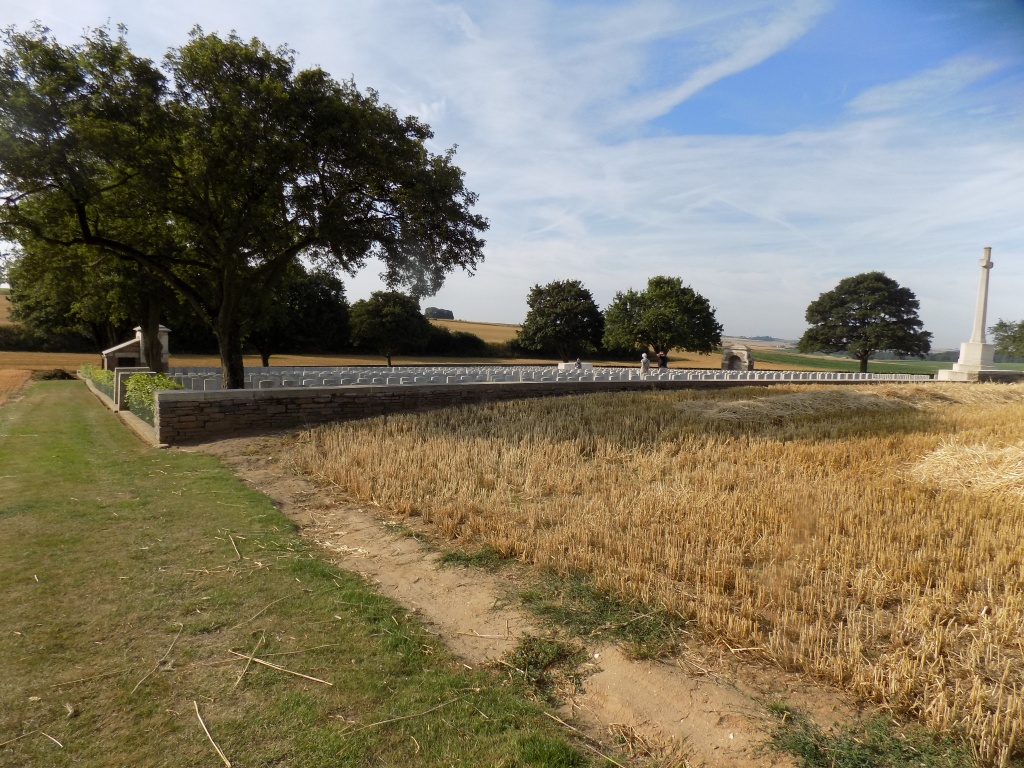 Gordon Dump Cemetery is 2 kilometres north-east of Albert, on the right hand side of D929 Albert-Bapaume. At Y junction (102nd Infantry Brigade Memorial) nearby the Routiers restaurant, turn right onto D20 and follow through Ovillers/La Boisselle. After 2 kilometres the Cemetery is signposted onto a 300 metre grass track.

On 1 July 1916, the first day of the Battle of the Somme, the 8th Division attacked Ovillers and the 34th Division La Boisselle. The villages were not captured, but ground was won between them and to the south of La Boisselle. On 4 July, the 19th (Western) Division cleared La Boisselle and on 7 July the 12th (Eastern) and 25th Divisions gained part of Ovillers, the village being cleared by the 48th (South Midland) Division on 17 July. The two villages were lost during the German advance in March 1918, but they were retaken on the following 24 August by the 38th (Welsh) Division. Plot I of the Cemetery was made by fighting units after 10 July 1916 and closed in September when it contained the graves of 95 soldiers, mainly Australian. It was called variously Gordon (or Gordon's) Dump Cemetery or Sausage Valley Cemetery, from the name given to the broad, shallow valley that runs down from it to Becourt. The remainder of the cemetery was formed after the Armistice when graves were brought in from the 1916 battlefields immediately surrounding the cemetery. There are now 1,676 Commonwealth servicemen of the First World War buried or commemorated in this cemetery. 1,053 of the burials are unidentified but there are special memorials to 34 casualties known or believed to be buried among them. The cemetery was designed by Sir Herbert Baker.