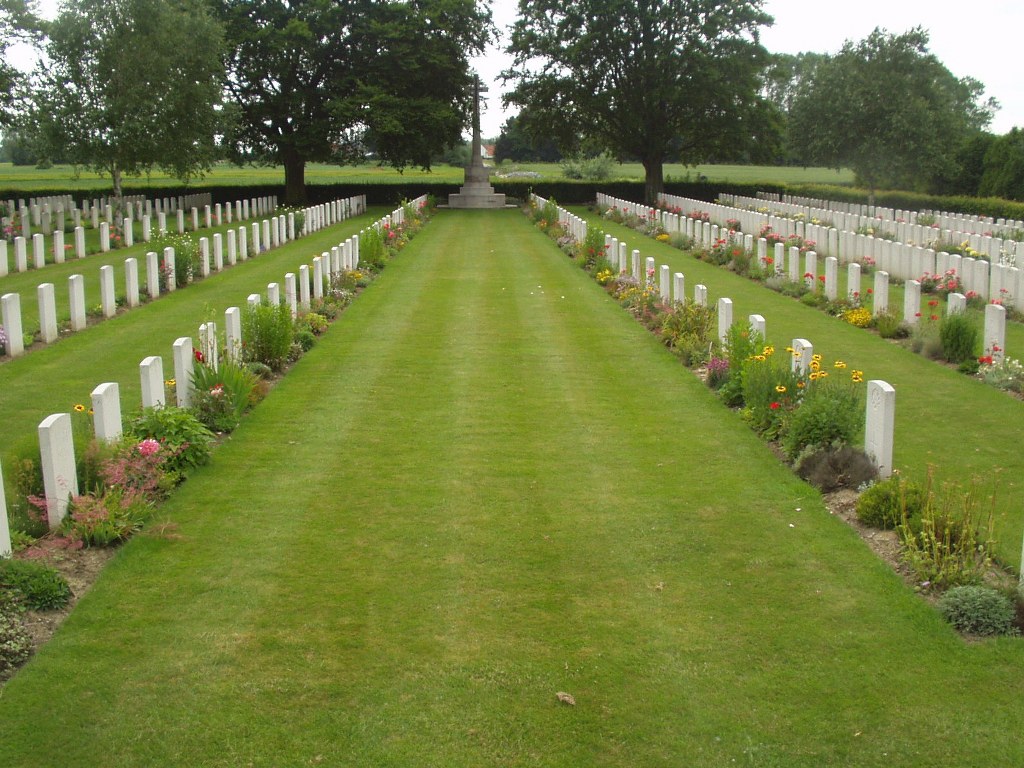 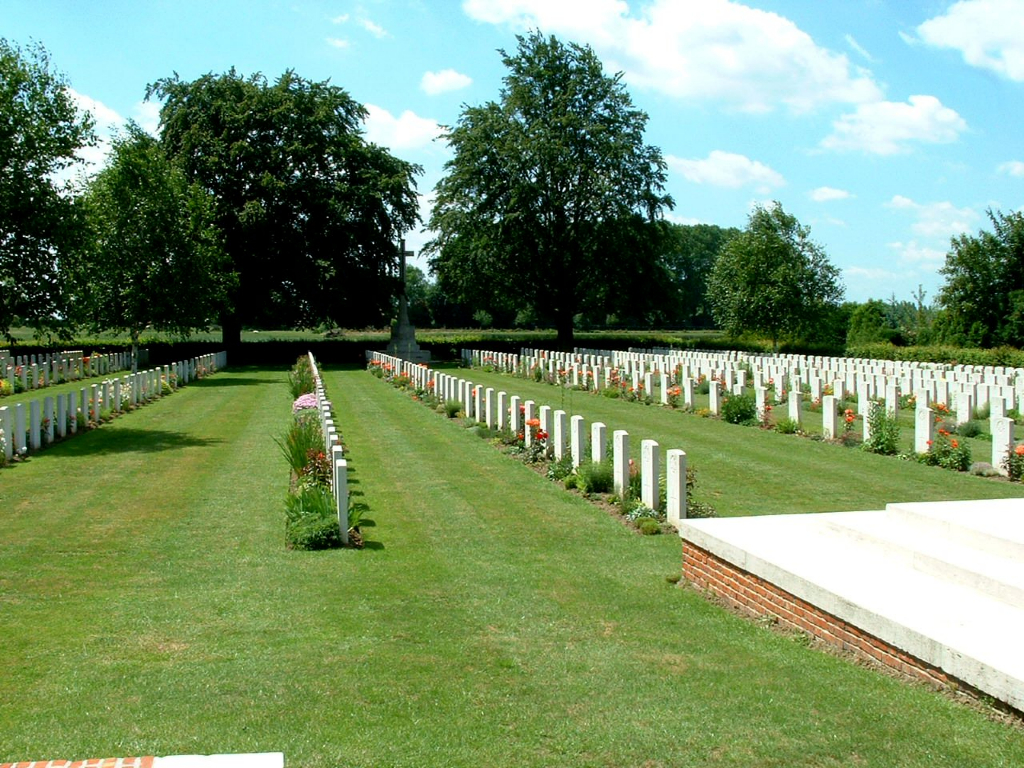 Bois Grenier is a small village in the Department of the Nord, about 4 kilometres due South of Armentieres. Leave Bois Grenier on the D222 in the direction of Fleurbaix. After 1200 metres turn left following the signs for the Cemetery, which can be found on the right hand side after the farm, approximately 800 metres from the main road.

The cemetery was named after a nearby farm, called by the Army "Y" (or Wye) Farm. It was begun in March 1915 and used by units holding this sector until February 1918. At the Armistice it contained 335 burials, but it was then increased when graves were brought in from the battlefields south of Armentieres and from the following cemeteries:-

CROIX-BLANCHE BRITISH CEMETERY, FLEURBAIX (Pas-de-Calais), in a garden by the road leading South-East from Croix-Blanche. It was begun by the 2nd Yorks and the 1st Grenadier Guards, and used from November 1914 to July 1916; it contained the graves of 36 soldiers from the United Kingdom

DOULIEU CHURCHYARD (Nord), contained the graves of four soldiers from the United Kingdom, who fell in October 1914, and one from Australia, who fell in 1917.

MOUVAUX MILITARY CEMETERY (Nord), used from October 1918, to October 1919. It was in the grounds of the Monastery at Haut-Mont, close to the aerodrome. It contained the graves of 51 soldiers and airmen from the United Kingdom, one soldier from Canada, and three men of the Cape Coloured Labour Regiment.

PONT-A-MARCQ COMMUNAL CEMETERY GERMAN EXTENSION (Nord), contained the graves of four soldiers from the United Kingdom and about 150 German soldiers.

TEMPLEUVE COMMUNAL CEMETERY (Nord), in which one soldier from the United Kingdom and one from Australia were buried by the Germans, with about 200 of their men.