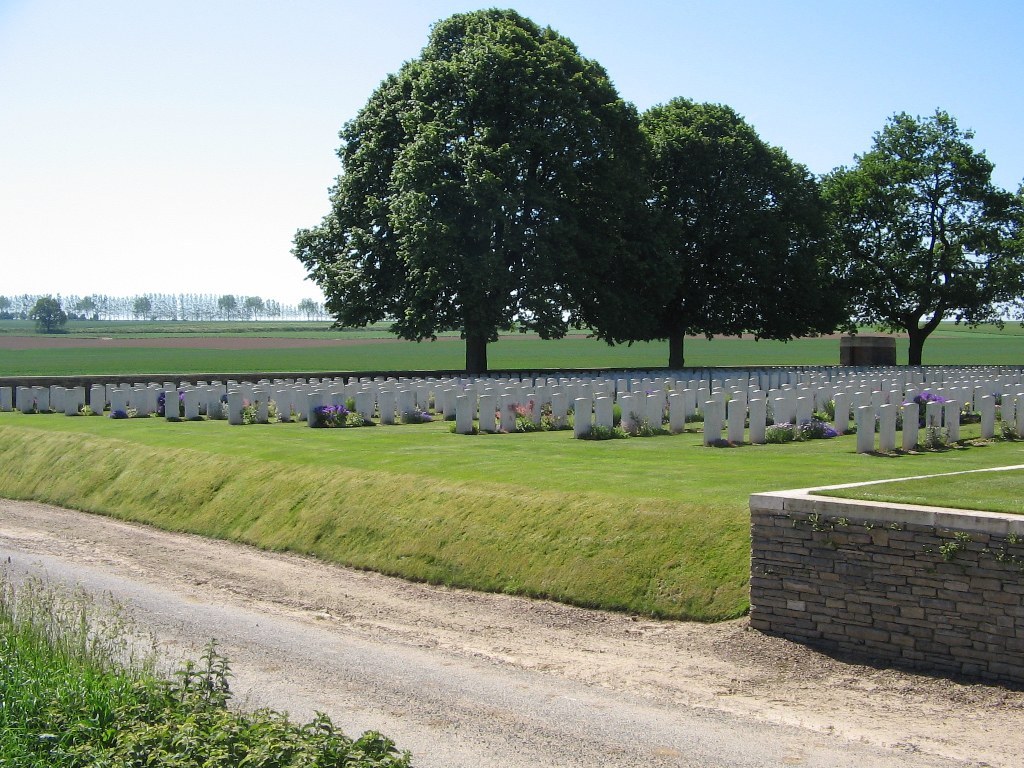 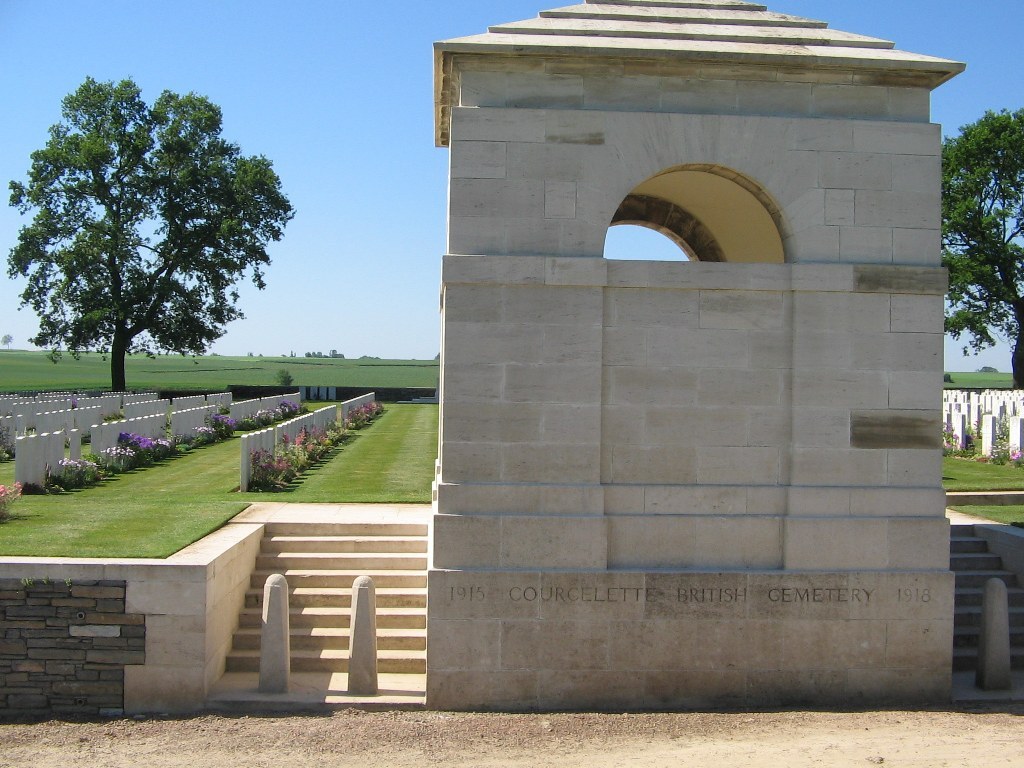 Courcelette is a village some 10 kilometres north-east of the town of Albert, just off the D929 road to Bapaume. The Cemetery, signposted in the village, is approximately 1 kilometre west of the village on the south side of a track (suitable for cars) from the secondary road from Courcelette to Pozieres.

The commune and the village of Courcelette were the scene of very heavy fighting in September 1916. On the 15th, the village was included in the extreme left of the Allied attack and was taken by the 2nd Canadian Division supported by tanks, with the 4th and 6th Brigades storming the outer trenches and the sugar factory, and the 5th Brigade seizing the village. It was destroyed by German artillery after its capture and remained very close to the front line until the German retreat in the following spring. The cemetery was begun in November 1916 (as Mouquet Road or Sunken Road Cemetery), and used until March 1917. The original 74 burials are now parts of Plot I, Rows A to F. On 25 March 1918, Courcelette passed into German hands, but was retaken on 24 August. The cemetery was greatly enlarged after the Armistice when almost 2,000 graves were brought in, mostly those of men who died around Courcelette and Pozieres in 1916. The only considerable burial grounds concentrated into this cemetery were the following:-. MOUQUET FARM CEMETERY, GRANDCOURT, immediately North of the Farm, begun by the 111th Brigade, R.F.A., in October 1916, which contained the graves of 36 soldiers. The Farm was captured by the 2nd Canadian Mounted Rifles on the night of the 16th-17th September, 1916, and again by the 17th Division on the 24th August, 1918. RED CHATEAU CEMETERY, COURCELETTE, within the village, contained the graves of 15 soldiers from Canada and two from the United Kingdom. It was "at the entrance to a ruined dug-out," and it was used in October-December, 1916 There are now 1,970 Commonwealth servicemen of the First World War buried or commemorated in this cemetery. 1,180 of the burials are unidentified but there are special memorials to nine casualties five believed to be buried among them. The cemetery was designed by Sir Herbert Baker.