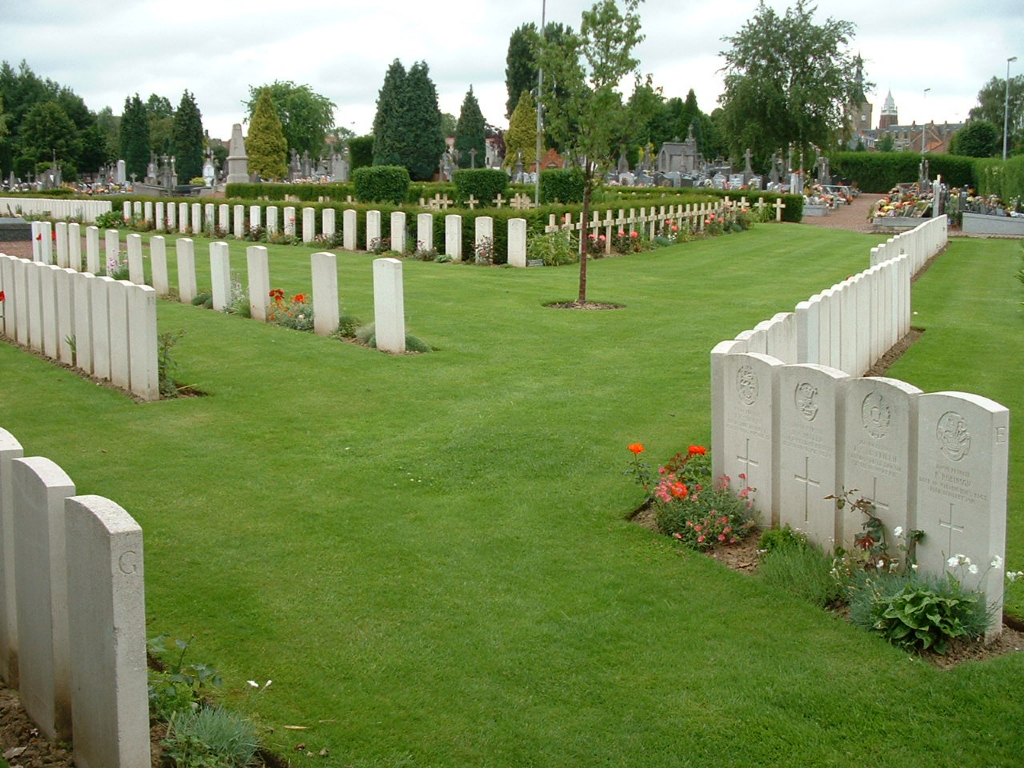 Bailleul is a large town in France, near the Belgian border, 14.5 Kms south-west of Ieper and on the main road from St. Omer to Lille. From the Grand place, take the Ieper road and 400 metres along this road is a sign indicating the direction of the cemetery. Turn down the right into a small road and follow for approximately 400 metres, the cemetery is on the right.

The earliest Commonwealth burials at Bailleul were made at the east end of the communal cemetery and in April 1915, when the space available had been filled, the extension was opened on the east side of the cemetery. The extension was used until April 1918, and again in September, and after the Armistice graves were brought in from the neighbouring battlefields.