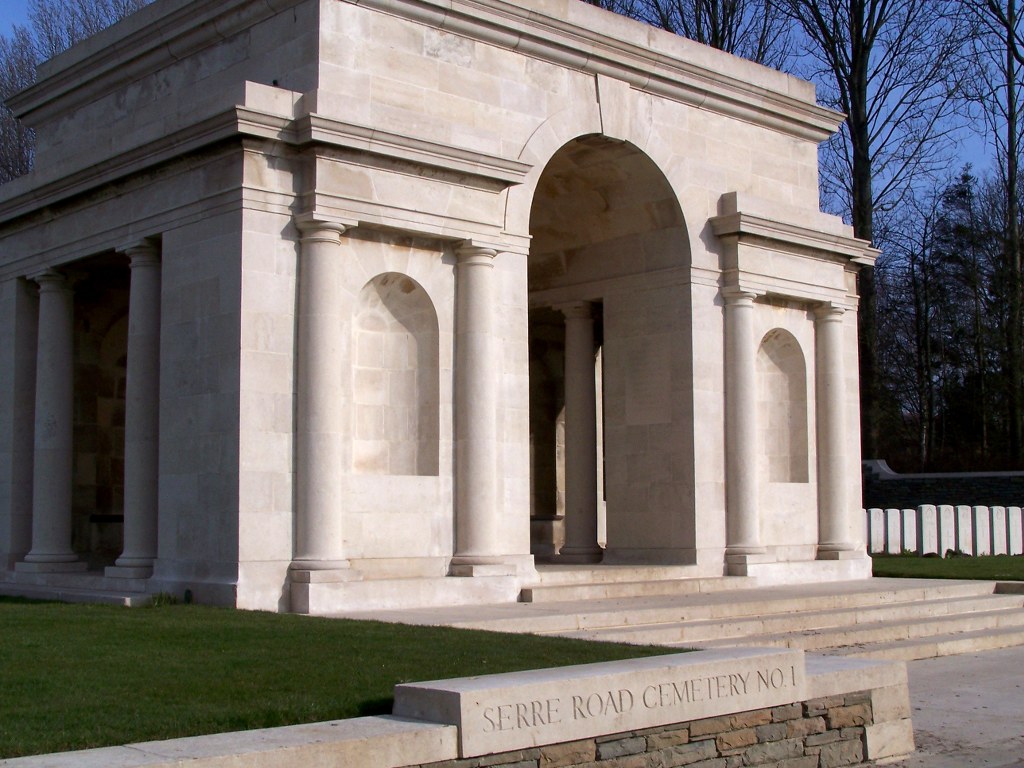 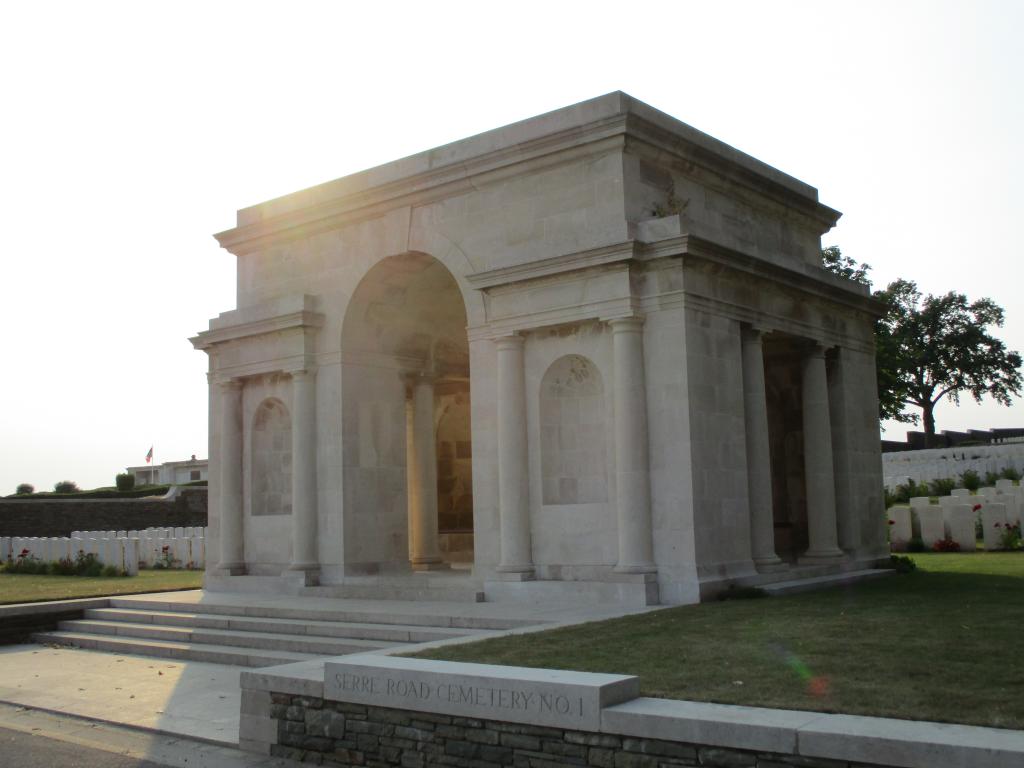 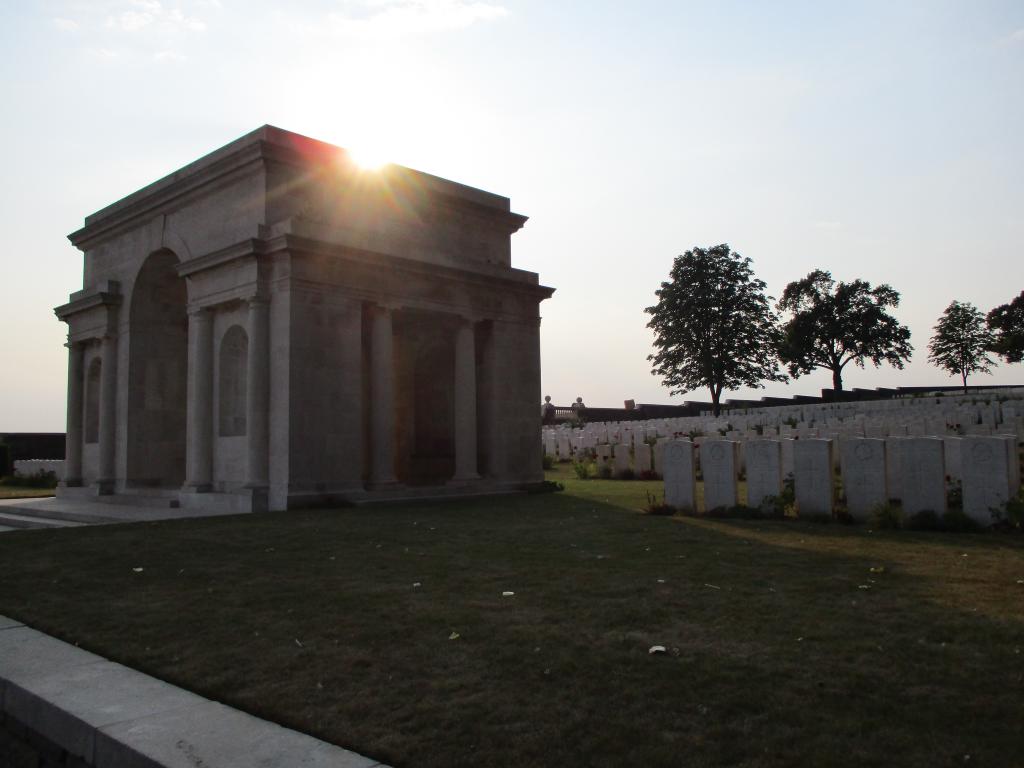 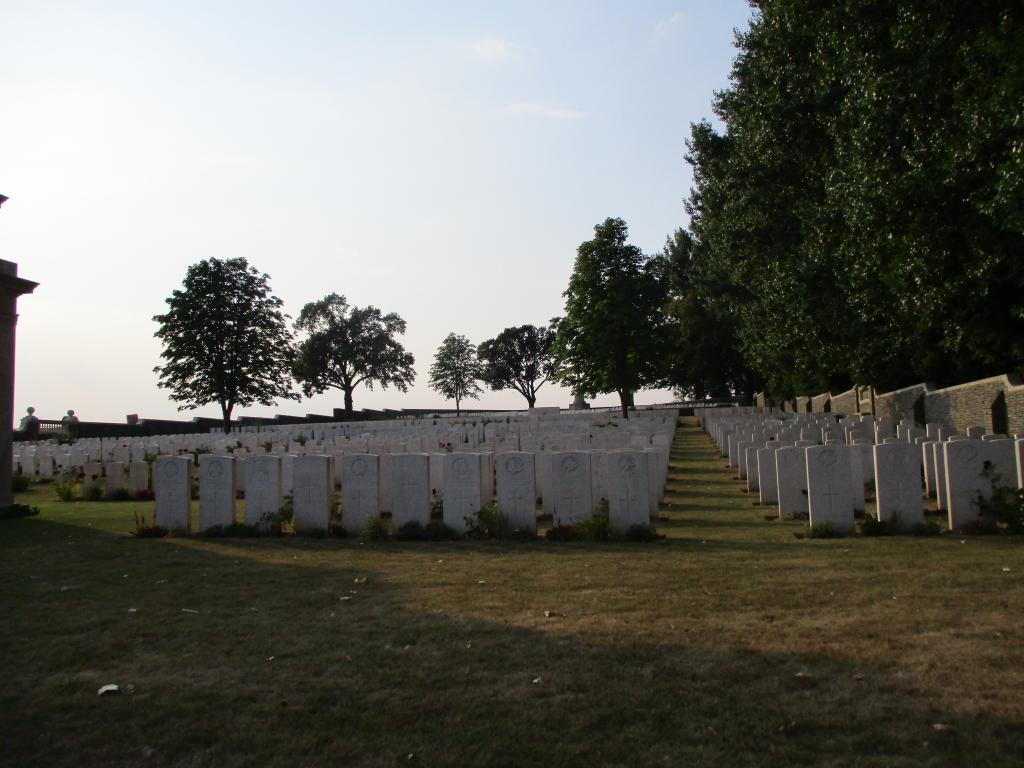 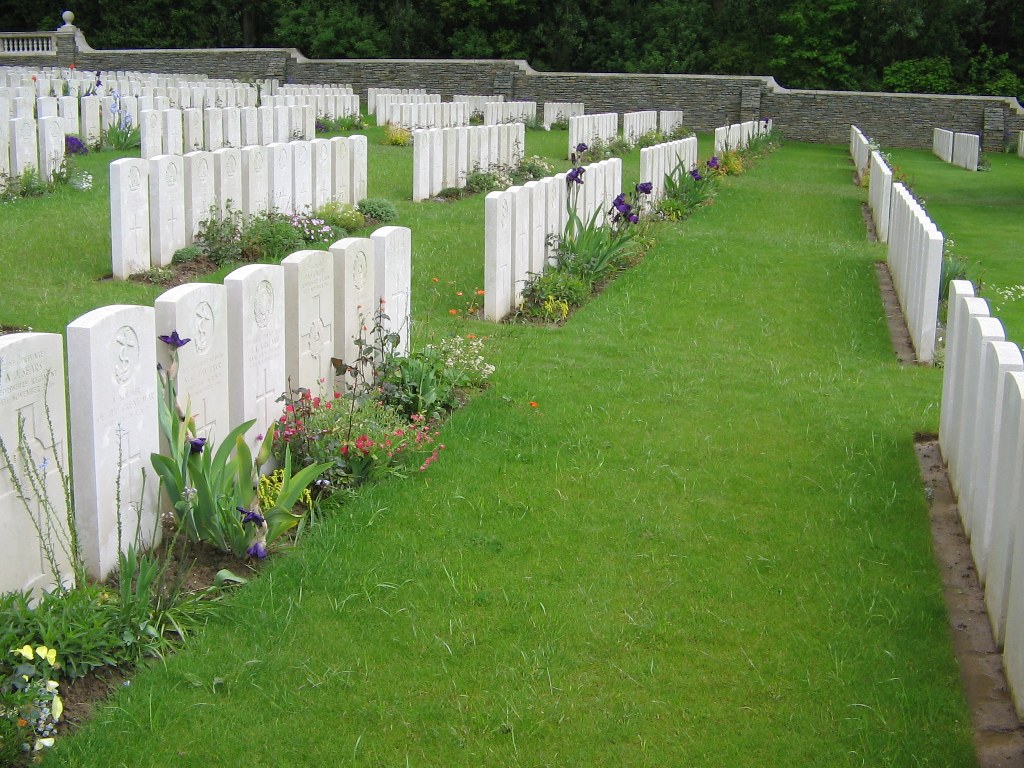 The village of Serre is 11 kilometres north-north-east of Albert. Using the D919 from Arras to Amiens you will drive through the villages of Bucquoy, Puisieux then Serre-les-Puisieux (approximately 20 kilometres south of Arras). On leaving Serre-les-Puisieux, 700 metres further along the D919, Serre Road No.1 Cemetery can be found on the right hand side.

In June 1916, the road out of Mailly-Maillet to Serre and Puisieux entered No Man's Land about 1,300 metres south-west of Serre. On 1 July 1916, the 31st and 4th Divisions attacked north and south of this road, and although parties of the 31st Division reached Serre, the attack failed. The 3rd and 31st Divisions attacked once more on the 13 November, but again without success. Early in 1917, the Germans fell back to the Hindenburg Line and on 25 February, Serre was occupied by the 22nd Manchesters. The village changed hands once more in March 1918 and remained under German occupation until they withdrew in August. In the spring of 1917, the battlefields of the Somme and Ancre were cleared by V Corps and a number of new cemeteries were made, three of which are now named from the Serre Road. Serre Road Cemetery No.1 was begun in May 1917 and these graves can now be found in Plot I, Rows A to G. The rest of the cemetery was added after the Armistice, when graves were brought in from the nearby battlefields and from the following smaller cemeteries:- ACHEUX COMMUNAL CEMETERY FRENCH EXTENSION, in which two soldiers from the United Kingdom were buried in April and May 1916. ALBERT GERMAN CEMETERY ("am Nordwest Ausgang"), where 18 soldiers from the United Kingdom were buried in April and May 1918. BEAUCOURT-SUR-ANCRE BRITISH CEMETERY (V Corps Cemetery No.13), in the middle of the village, which contained the graves of 21 officers and men from the United Kingdom who fell in November 1916 and February, 1917. CERISY-BULEUX CHURCHYARD, in which one soldier from the United Kingdom was buried in November 1916. PUISIEUX CHURCHYARD, where two soldiers from the United Kingdom were buried by the enemy in September 1915. TEN TREE ALLEY CEMETERY No.1, PUISIEUX (V Corps Cemetery No.24), 700 metres South-East of Serre, which contained the graves of 37 soldiers from the United Kingdom who fell in November 1916 - February 1917 (the present Ten Tree Alley Cemetery was No.2.). There are now 2,426 casualties of the First World War buried or commemorated in this cemetery. 1,728 of the graves are unidentified but special memorials commemorate 10 casualties known or believed to be buried among them. Other special memorials commemorate 3 men who were buried in Albert German Cemetery, 7 men who were buried in Beaucourt British Cemetery and 2 men who were buried in Puisieux Churchyard, whose graves were destroyed by shell fire. Most of the graves date from 1916. The cemetery was designed by N A Rew.