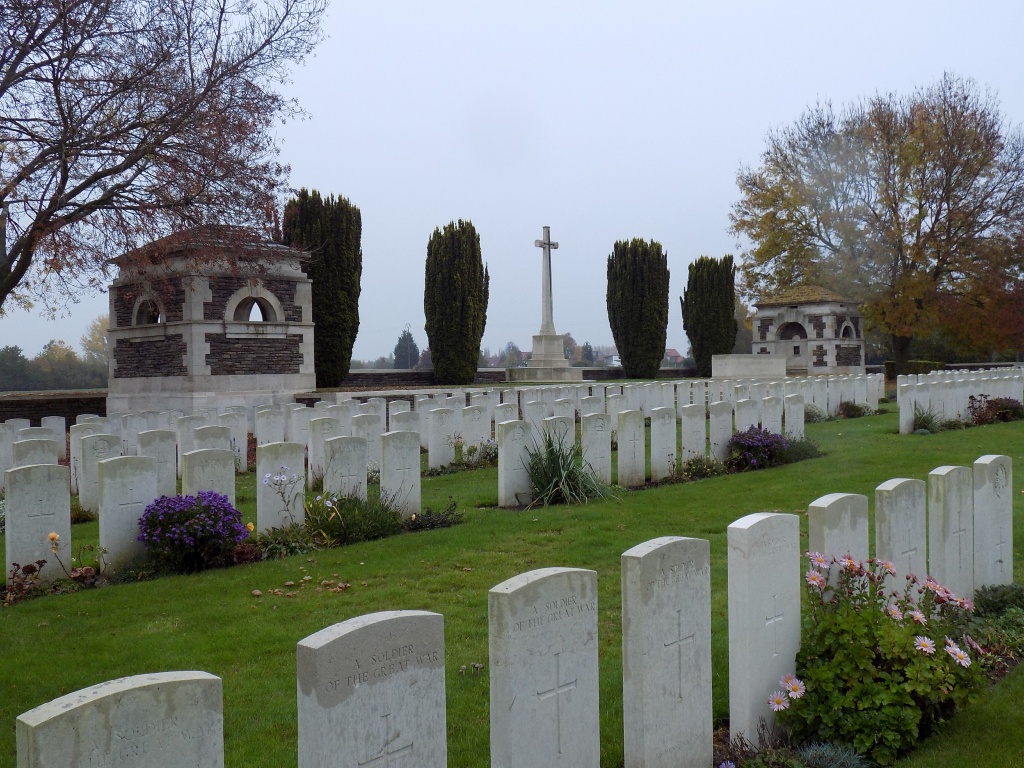 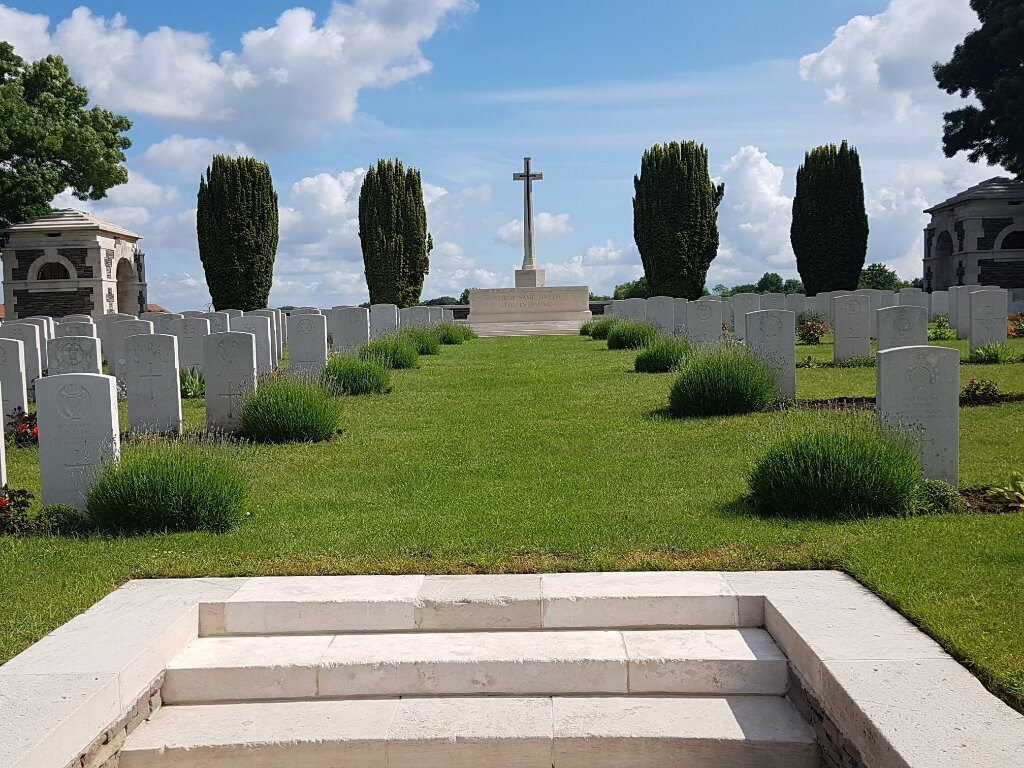 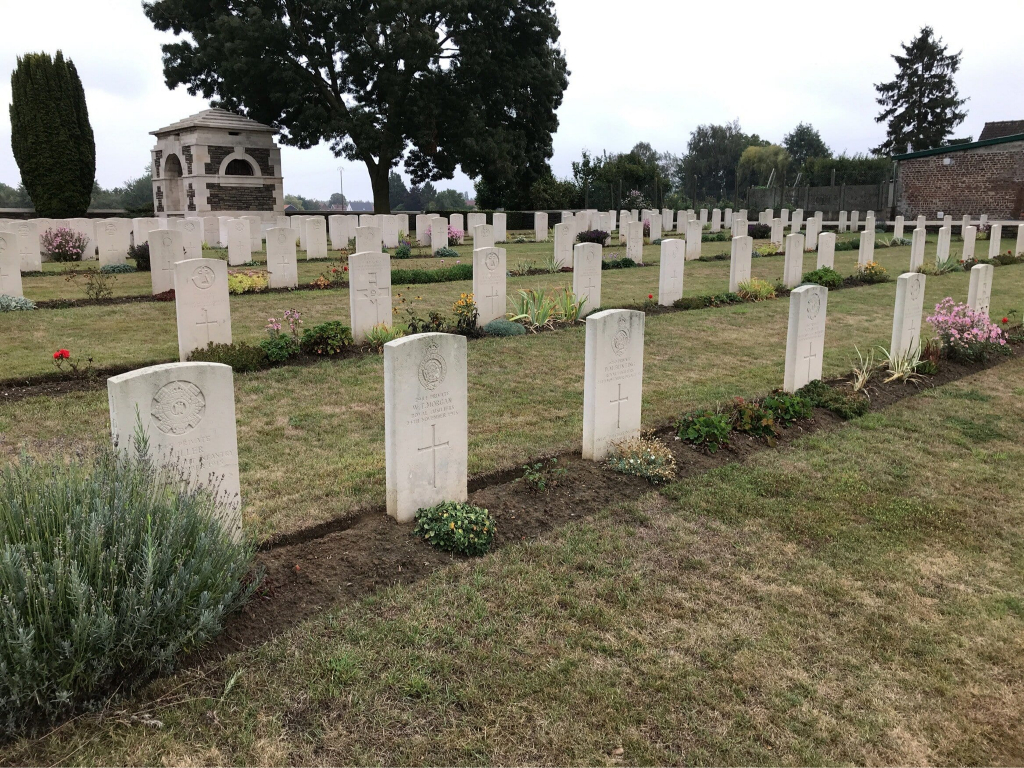 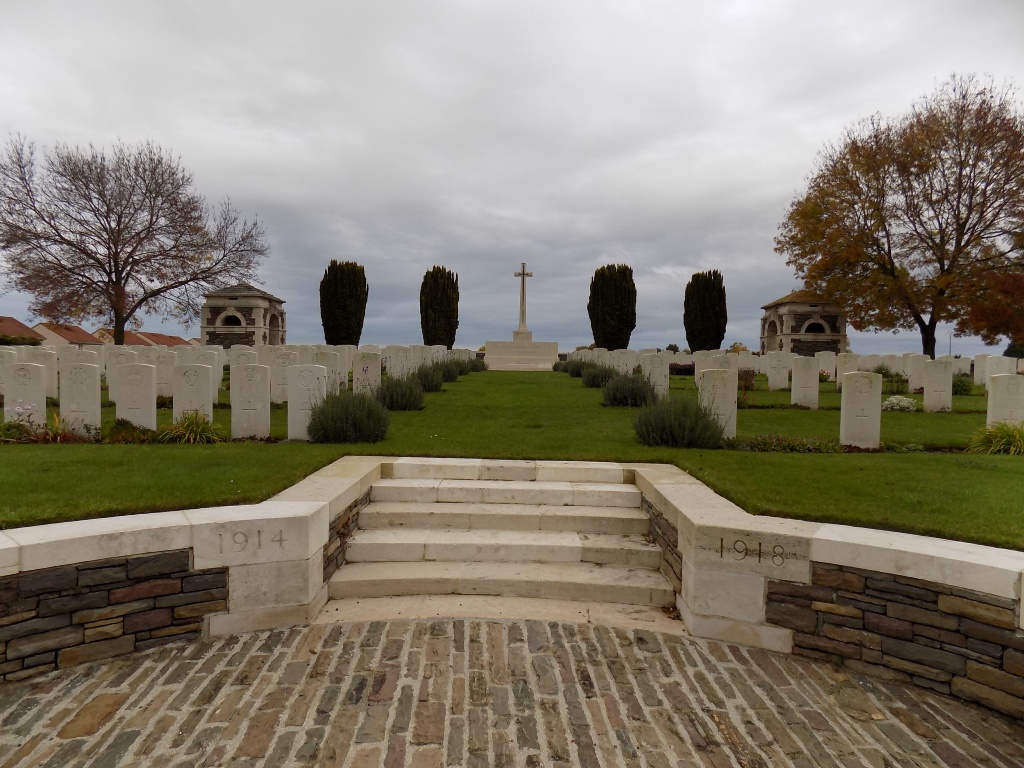 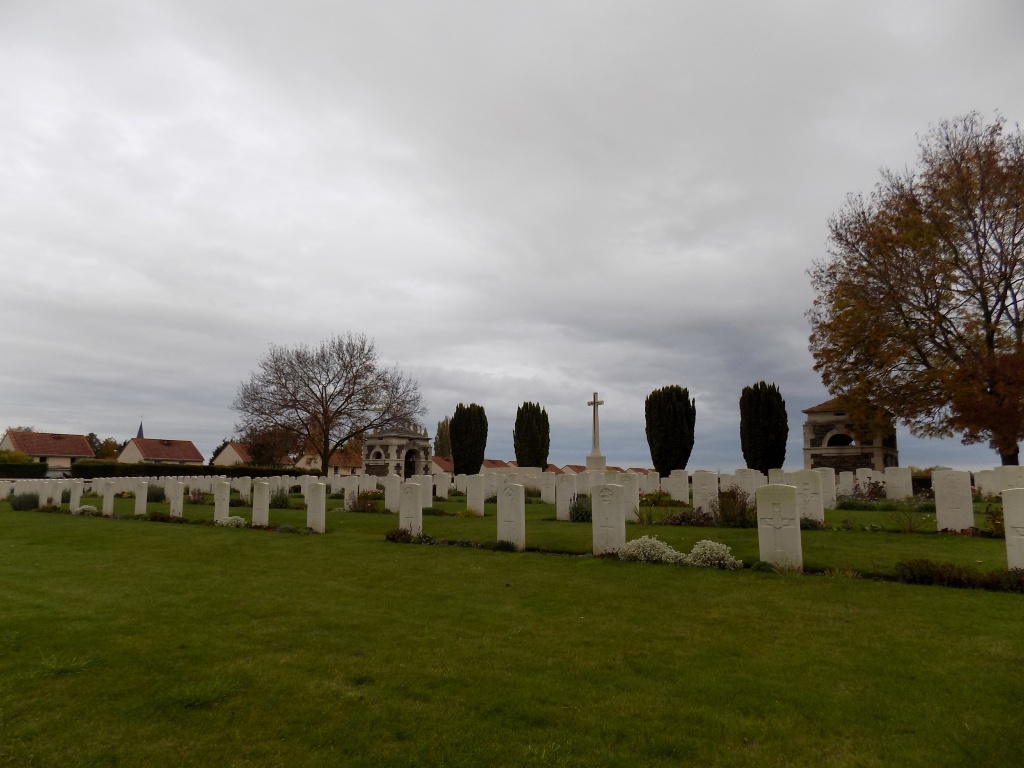 Cuinchy is a village midway between Bethune and La Bassee. Woburn Abbey Cemetery lies to the south-west of the village towards the village of Cambrin. From the church in Cuinchy head south on the D166, after 300 metres turn left. The cemetery is a further 200 metres from the junction on the left hand side.