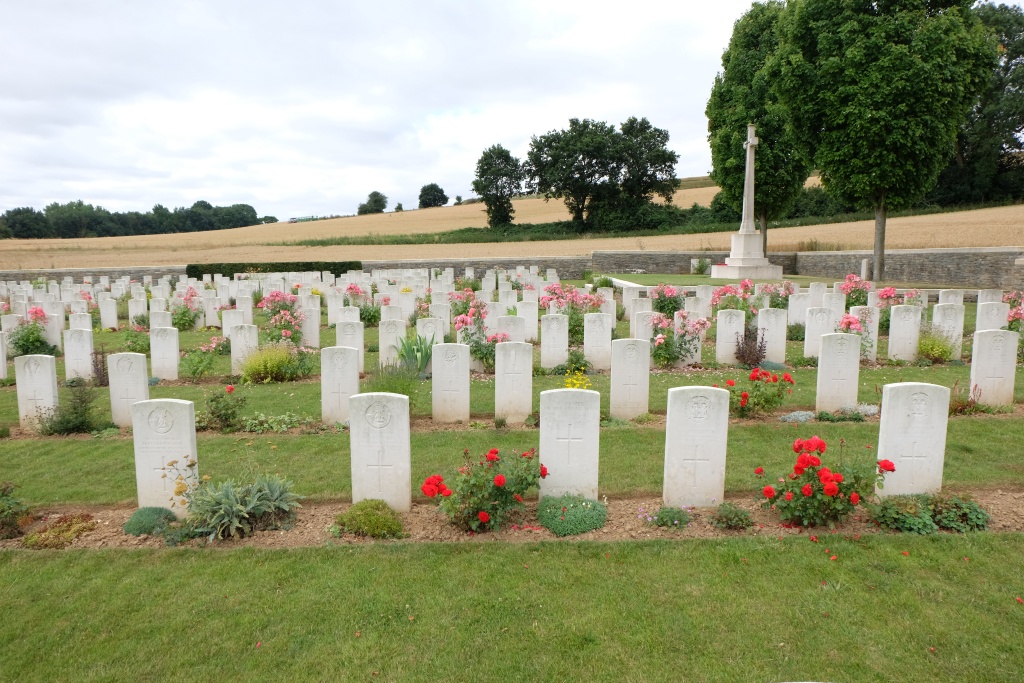 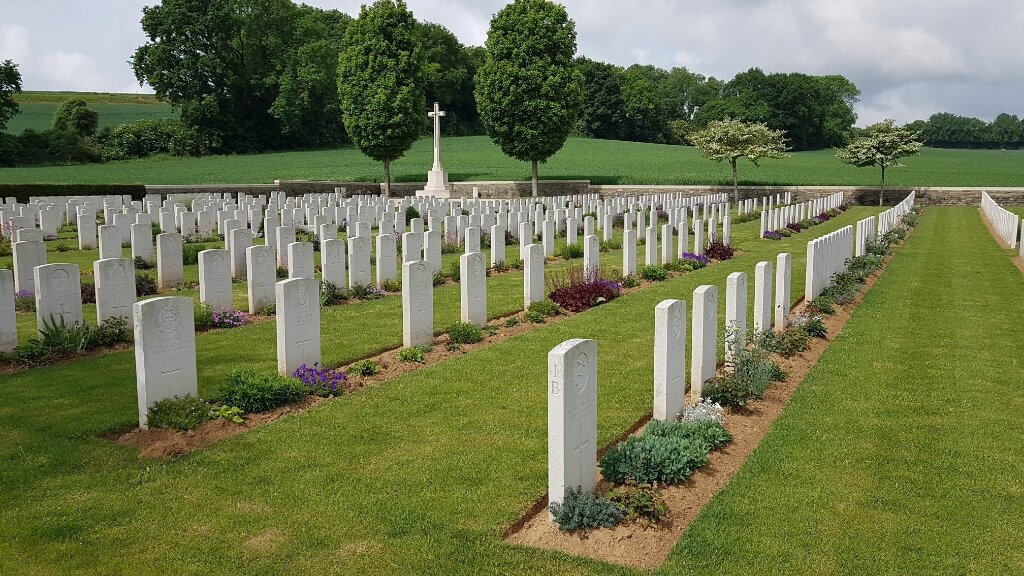 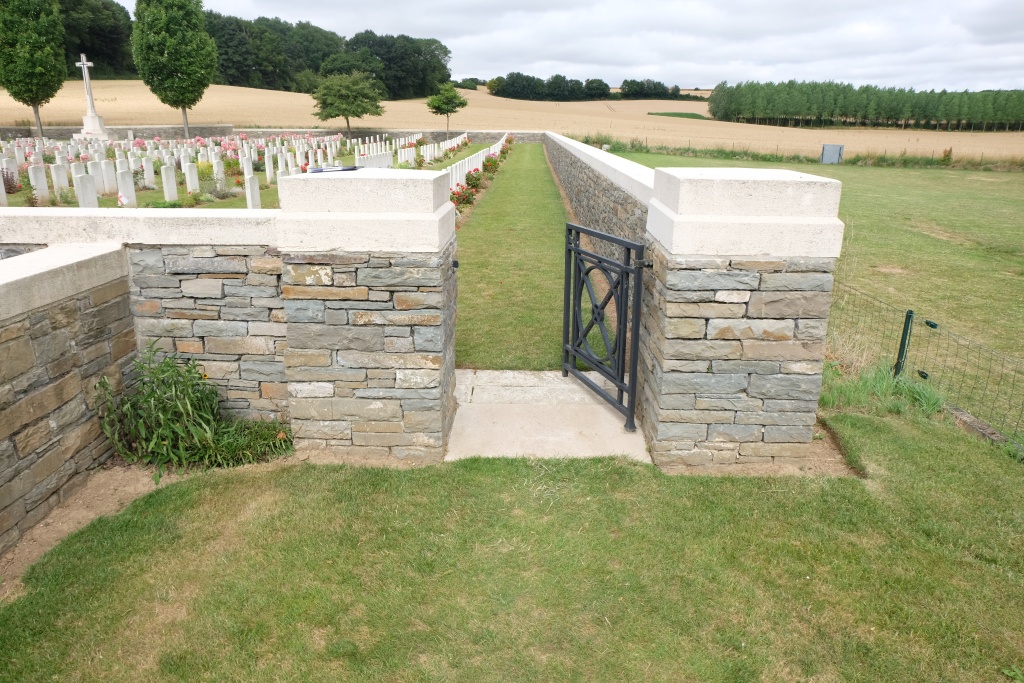 Hamel is a small village about 6.5 kilometres north of Albert. Using the D929 from Bapaume to Albert, continue until you come to La Boisselle, where there is a right turn signposted to Aveluy on the D20. Upon entering Aveluy, continue straight until you reach the crossroads where you should turn right to Beaumont-Hamel. Continue for 5 kilometres until you reach Hamel village where the military cemetery is on your immediate left.

Beaumont village was captured by British troops in November, 1916, but Hamel was in British occupation from the summer of 1915, until the 27th March, 1918. Hamel Military Cemetery was begun by fighting units and Field Ambulances in August 1915, and carried on until June 1917. A few further burials were made in Plot II, Row F, after the capture of the village in 1918. It was known at times by the names of "Brook Street Trench" and "White City". It was enlarged after the Armistice by the concentration of 48 graves from the immediate neighbourhood. There are now nearly 500, 1914-18 war casualties commemorated in this site. Of these, nearly 80 are unidentified and special memorials are erected to four soldiers from the United Kingdom known or believed to be buried among them. A number of French and German military graves have been removed to other burial grounds. The cemetery covers an area of 2,235 square metres, without including the public right of way on the North side and is enclosed by a rubble wall.