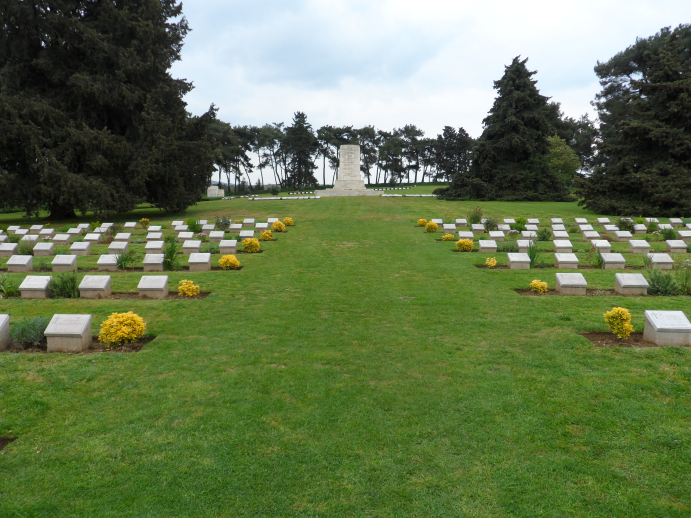 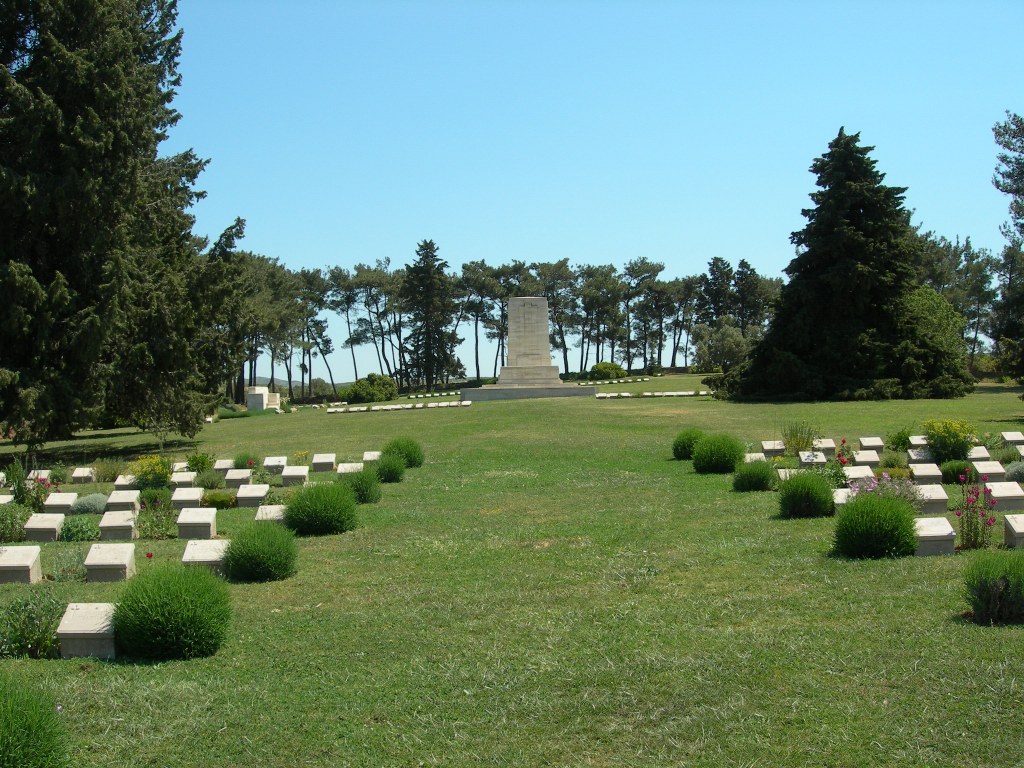 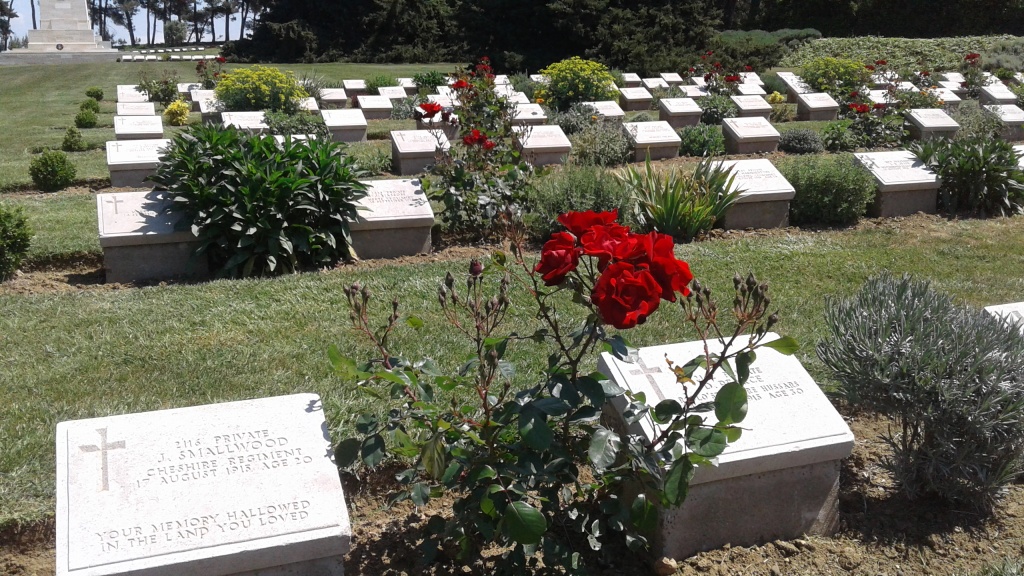 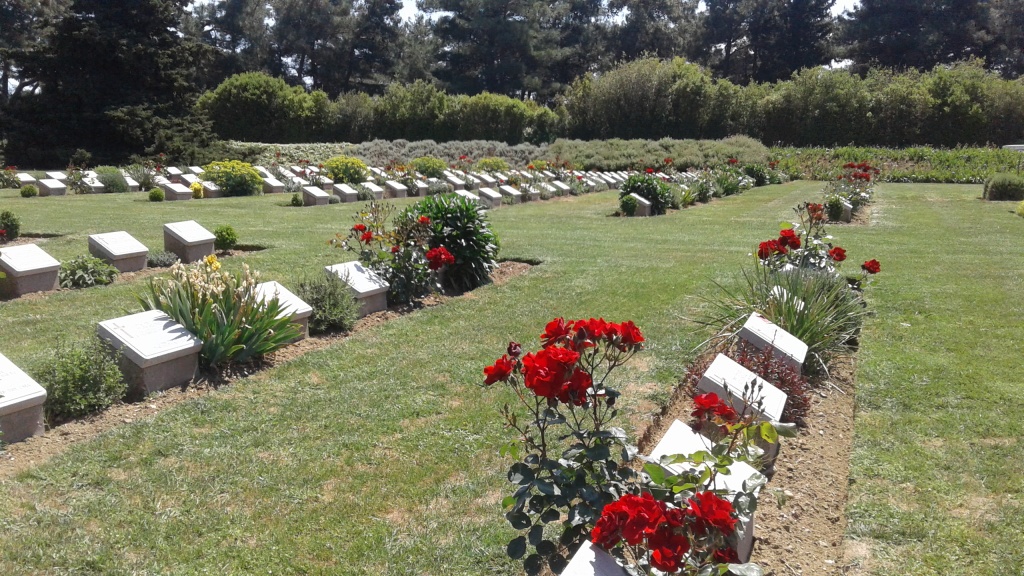 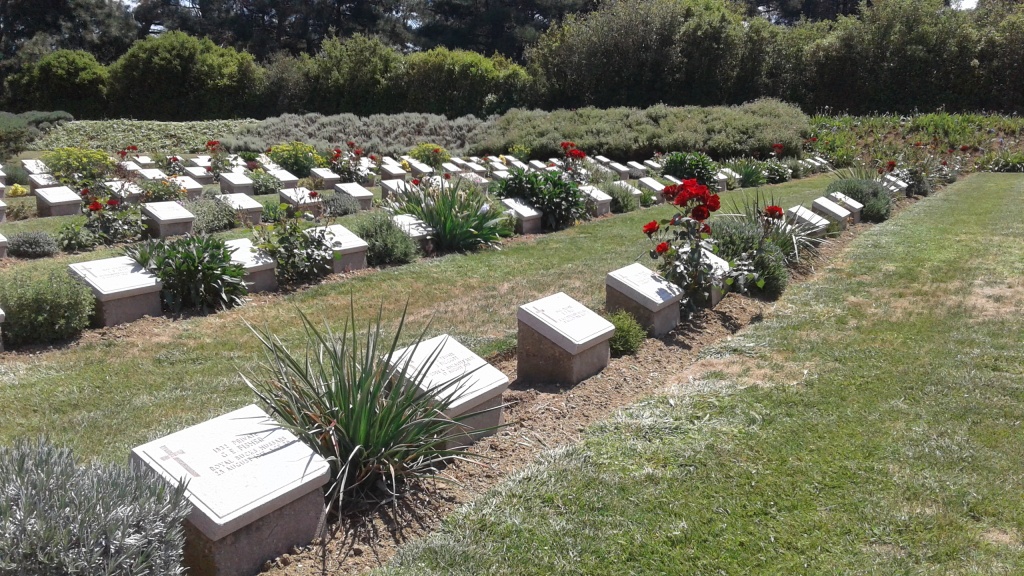 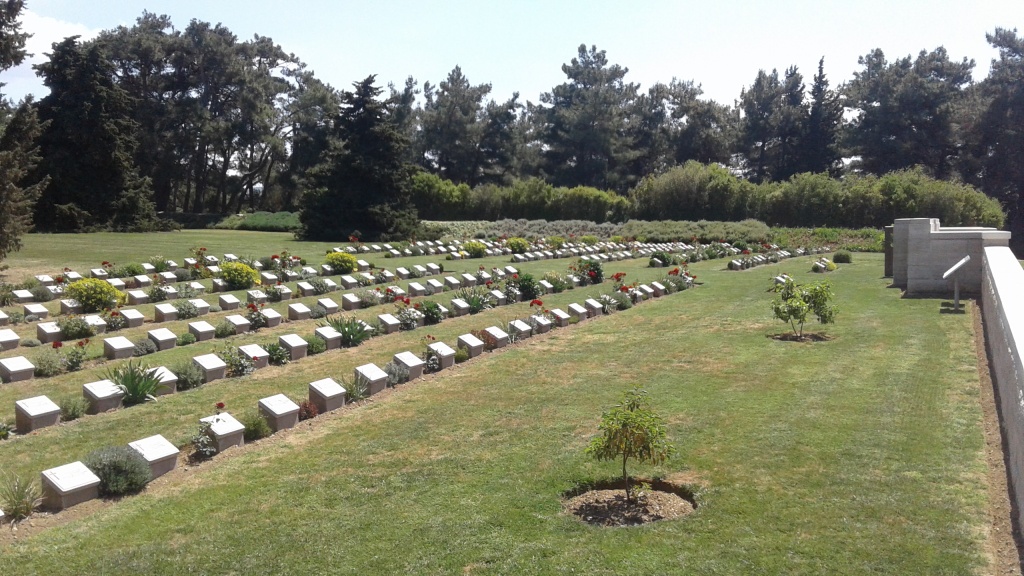 Heading North from Anzac, you will encounter the cemetery after 17.6 kms. on the right, adjacent to the track. Green Hill and Chocolate Hill (which form together Yilghin Burnu) are adjoining areas of raised ground (approx 52 metres above sea level), which rise almost from the eastern shore of the Salt Lake. The cemetery lies on the east side of the Anzac-Suvla Road.

The Allies landed on the peninsula on 25-26 April 1915; the 29th Division at Cape Helles in the south and the Australian and New Zealand Corps north of Gaba Tepe on the west coast, an area soon known as Anzac. On 6 August, further troops were put ashore at Suvla, just north of Anzac, and the climax of the campaign came in early August when simultaneous assaults were launched on all three fronts.

The aim of the Suvla force had been to quickly secure the sparsely held high ground surrounding the bay and salt lake, but confused landings and indecision caused fatal delays allowing the Turkish forces to reinforce and only a few of the objectives were taken with difficulty.

Green Hill and Chocolate Hill (which form together Yilghin Burnu), rise from the eastern shore of the salt lake. They were captured on 7 August 1915 by the 6th Lincolns and the 6th Border Regiment but once taken, no further advance was then made. On the two following days, unsuccessful efforts were made to push on along the ridge of 'W' Hill (Ismail Oglu Tepe), leading to Anafarta Sagir and on 21 August, the attack of the 11th and 29th Divisions and the 2nd South Midland Mounted Brigade to take Scimitar Hill, although pressed with great resolution, left the front line where it had been.

Green Hill Cemetery was made after the Armistice when isolated graves were brought in from the battlefields of August 1915 and from small burial grounds in the surrounding area. These earlier burial grounds were known as York; 40th Brigade Nos. 1 and 2; Green Hill Nos. 1 and 2; Chocolate Hill; Inniskilling; Salt Lake; and Scimitar Hill (which contained 520 graves, almost all unidentified).

There are now 2,971 servicemen of the First World War buried or commemorated in this cemetery. 2,472 of the burials are unidentified but special memorials commemorate a number of casualties known or believed to be buried among them.