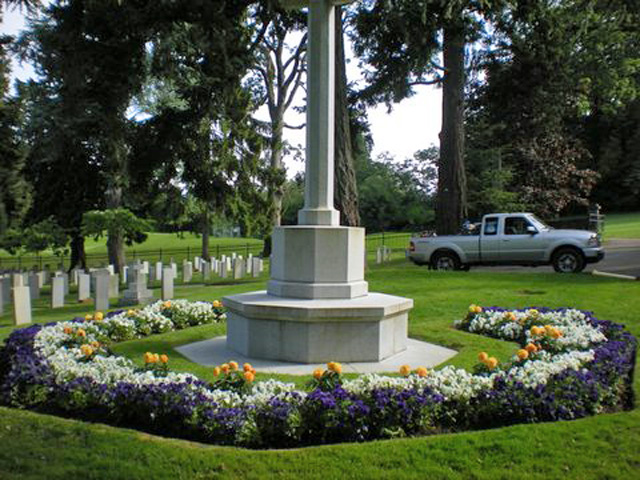 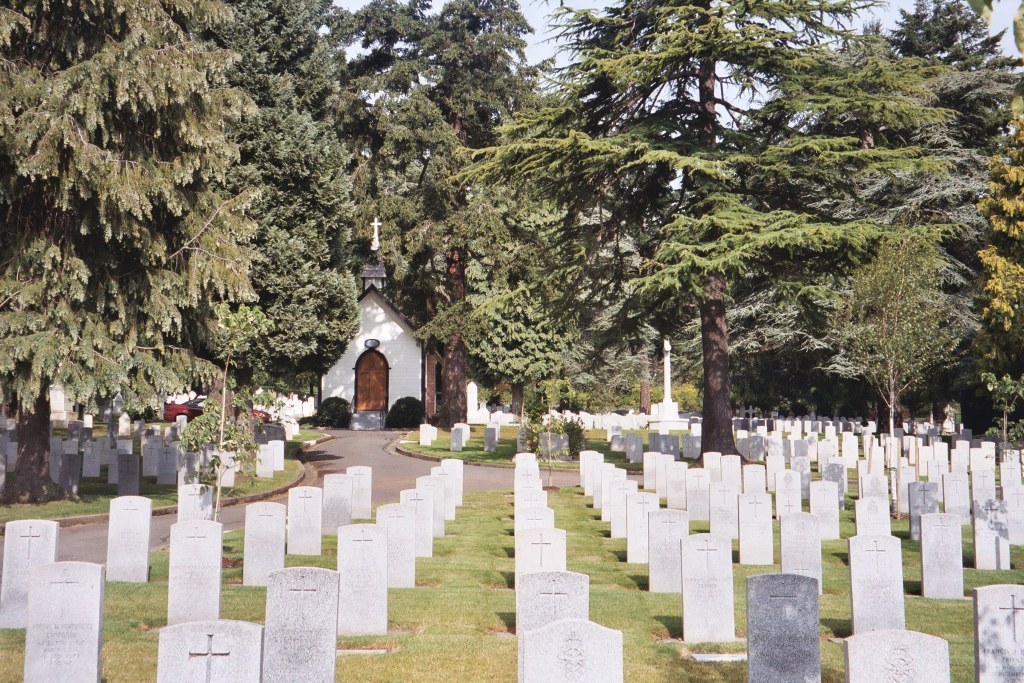 The cemetery grounds are open for visitation from 8:00 a.m. until dusk.

A significant naval base, Esquimalt was a fortress in Canada's Pacific Coast defences during the Second World War. It was also the headquarters of Pacific Command and of the 6th Canadian Division until December 1942 and October 1943 respectively. A Canadian coast artillery school was established at Esquimalt in 1942. The Veterans' Cemetery was previously known as "Esquimalt Naval and Military Cemetery". Its western section was purchased by the Royal Navy in 1868 from the Hudson's Bay Company and its eastern section by the British War Office in 1901, when the Royal Garrision Artillery manned the Naval Base defences. The Royal Canadian Navy and the Canadian Army continued the use of the cemeteries when they replaced their British counterparts. In 1947, the Department of Veterans' Affairs assumed responsibility for both cemeteries and integrated them, renaming the whole "Veterans' Cemetery". The cemetery contains 23 Commonwealth burials of the First World War (mainly seamen) and 58 from the Second World War. The graves lie in plots bordered by wide pathways, and the war graves among them are marked by Commission war pattern headstones.