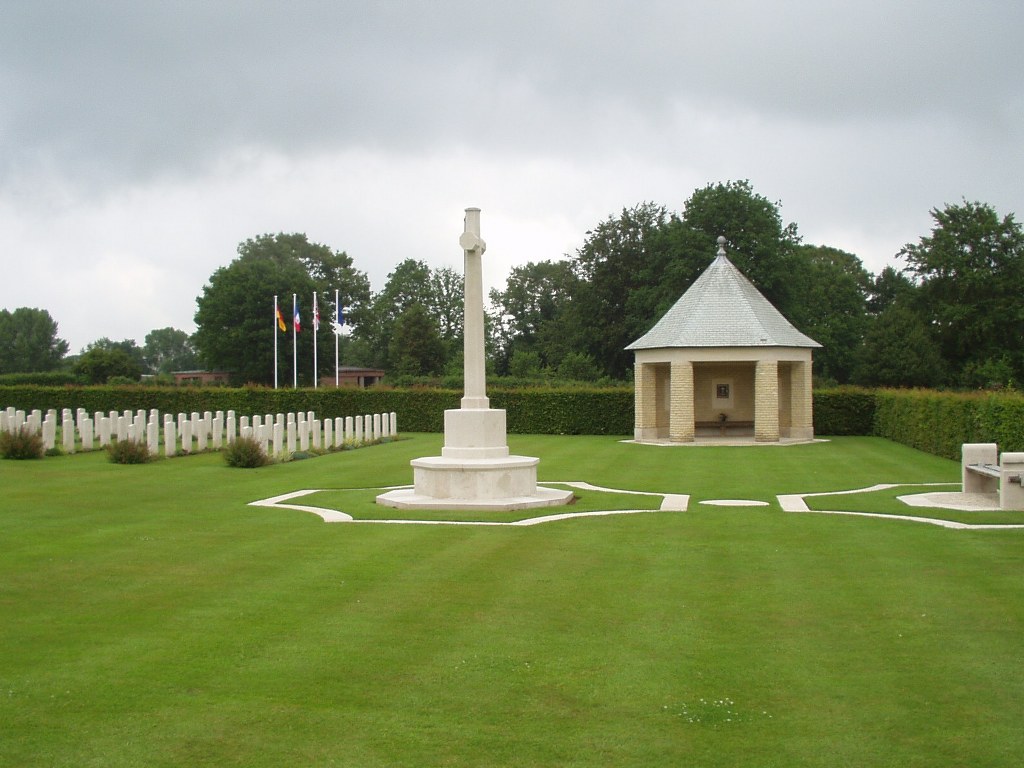 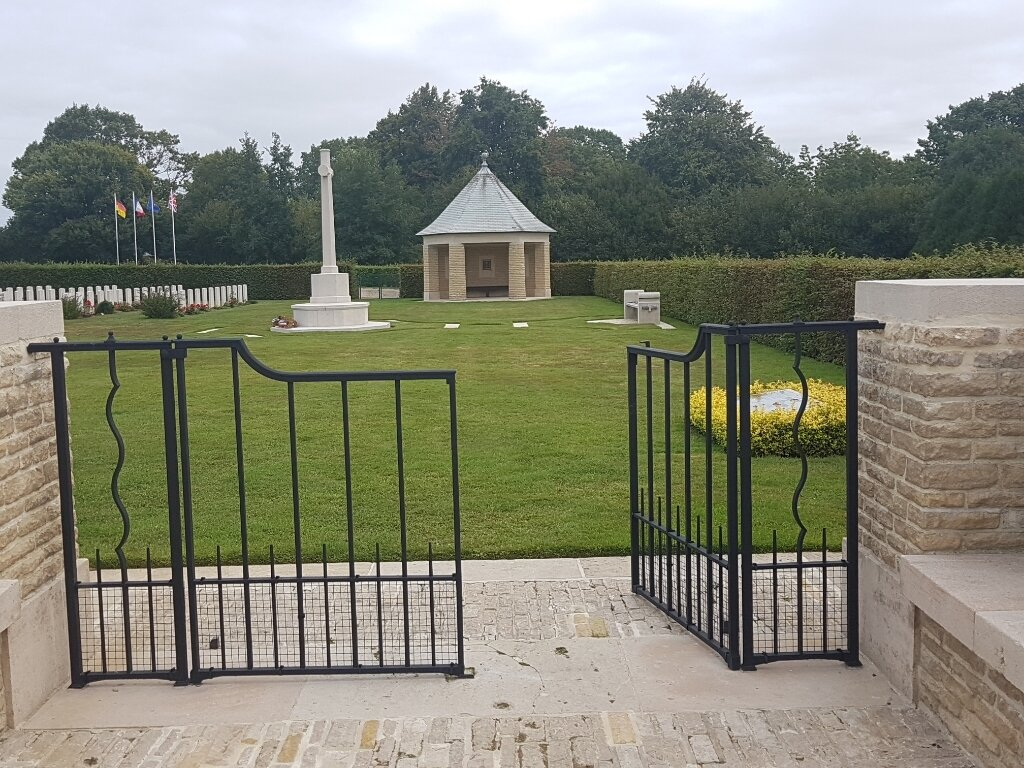 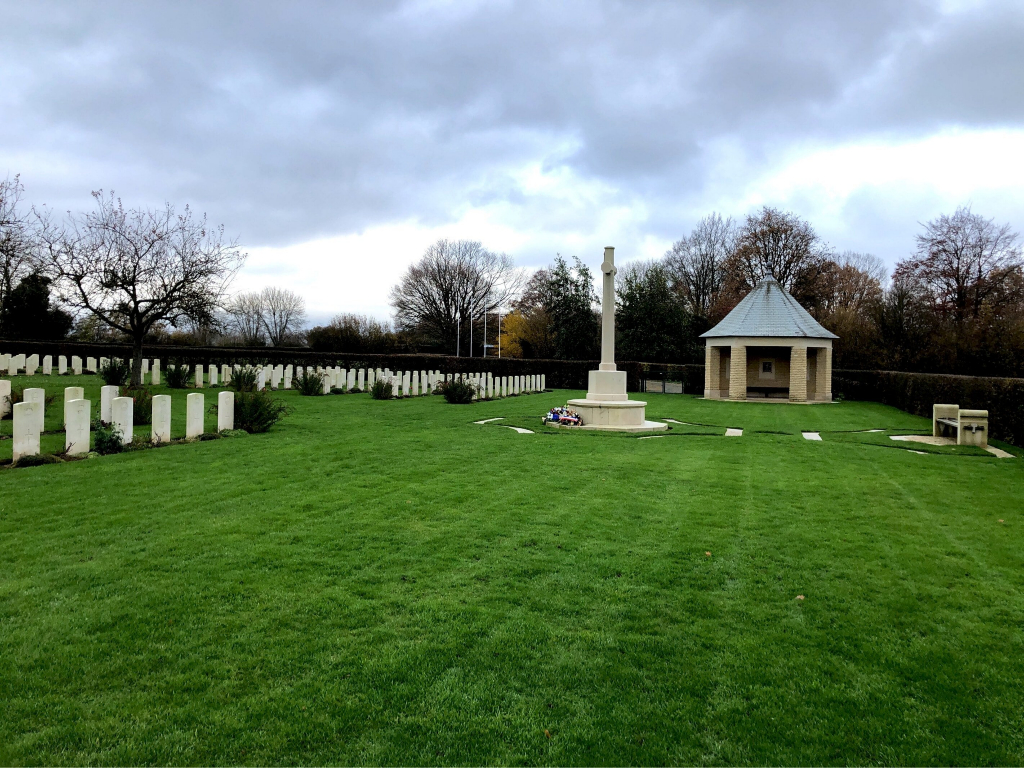 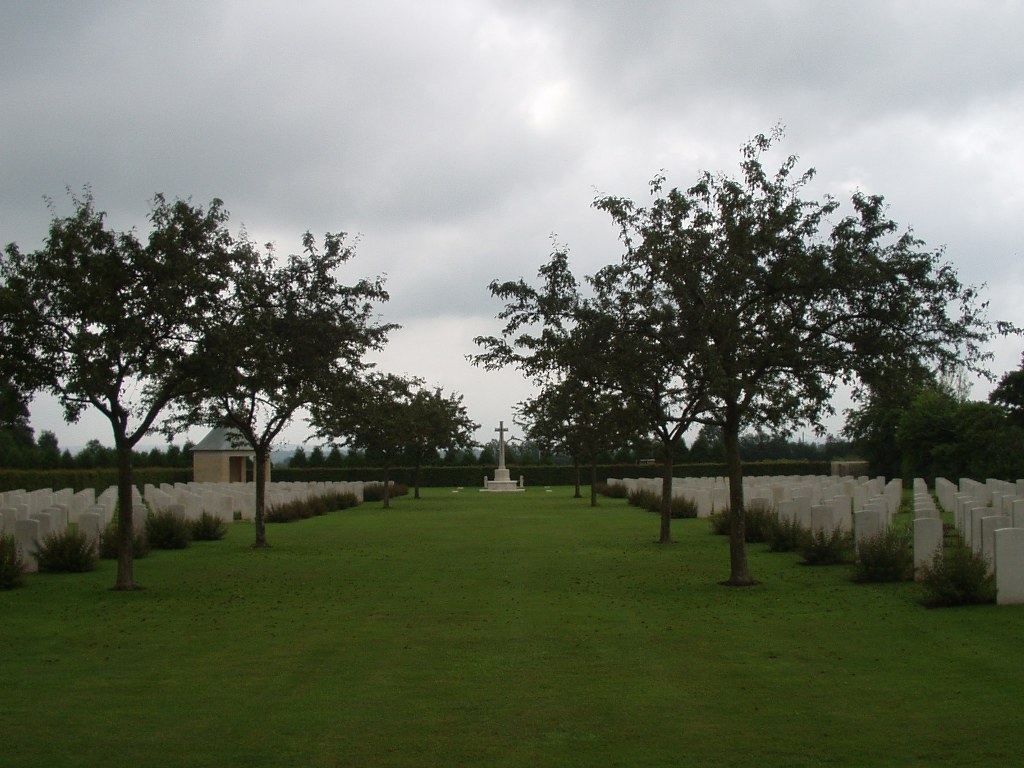 St Desir is a village on the N13 to Caen, 4 kilometres west of Lisieux. The war cemetery is about one kilometre west of the village and lies on a secondary road, the D159.

The Allied offensive in north-western Europe began with the Normandy landings of 6 June 1944. St Desir War Cemetery is the most easterly of the the Normandy cemeteries. For the most part, those buried here died in the final stages of the campaign, in pursuit of the German forces towards the Seine. The cemetery contains 598 Commonwealth burials of the Second World War. 78 of these graves were brought in from Chartres (St Cheron) Communal Cemetery after the war, together with the four First World War burials now at St Desir.