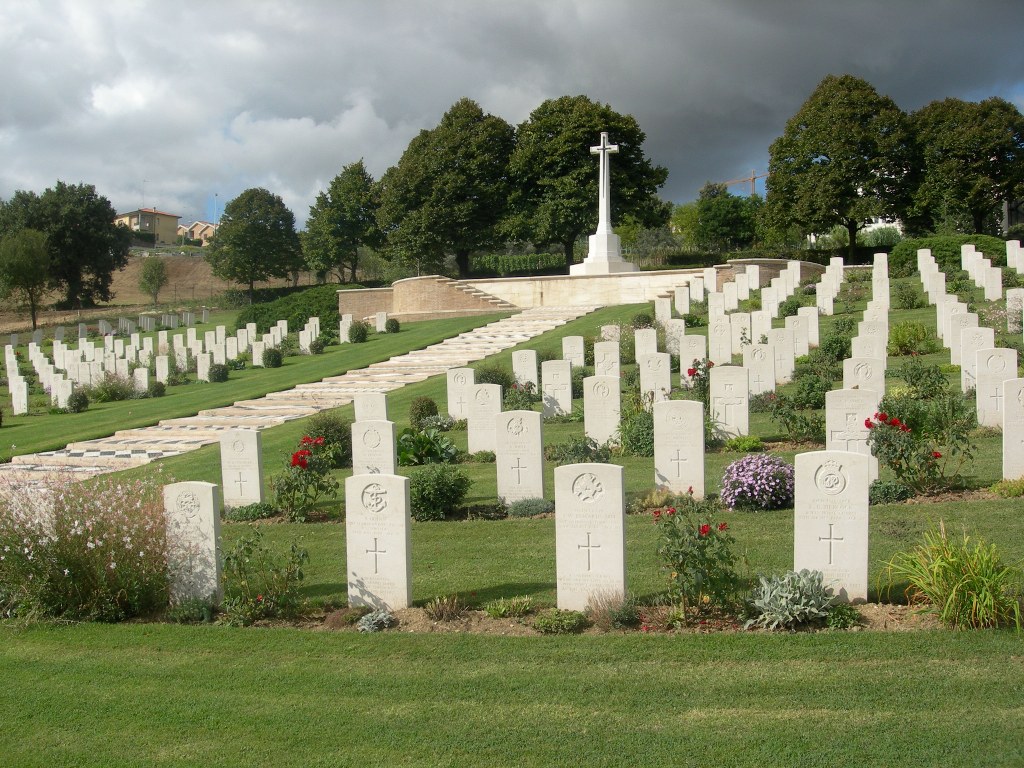 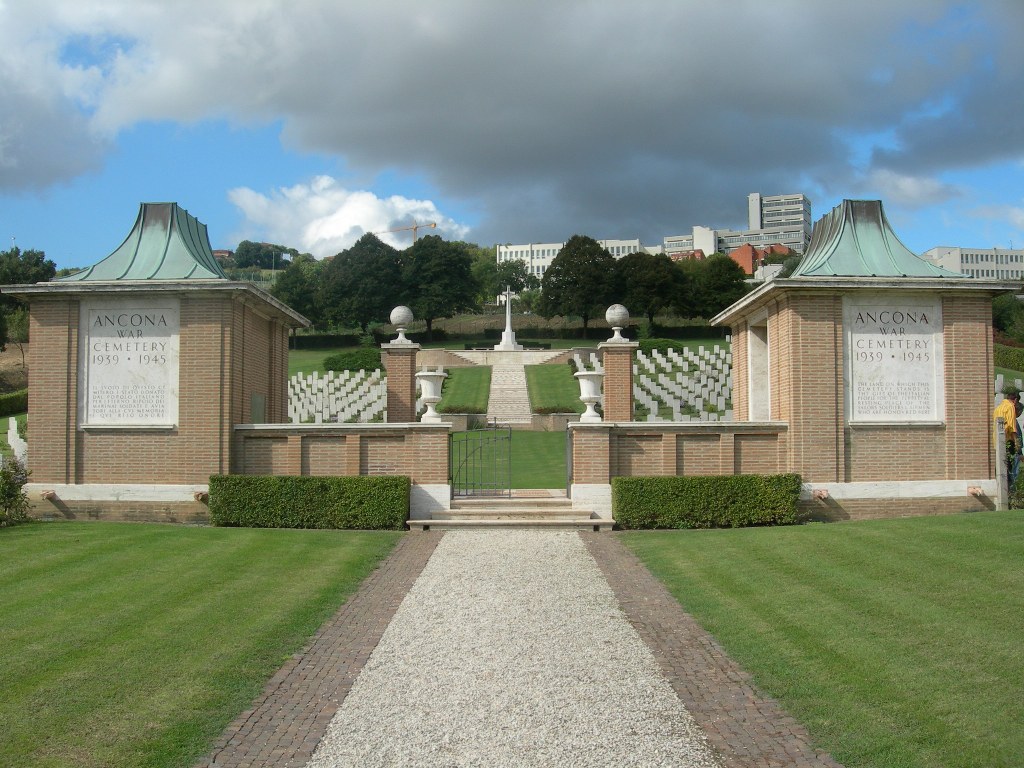 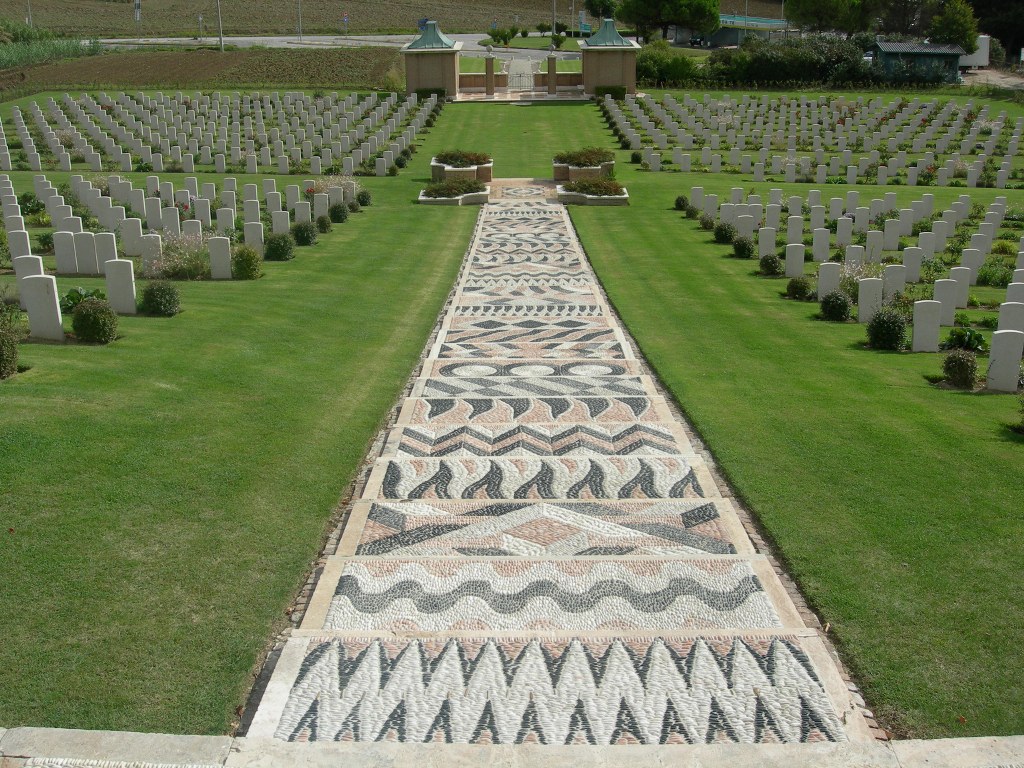 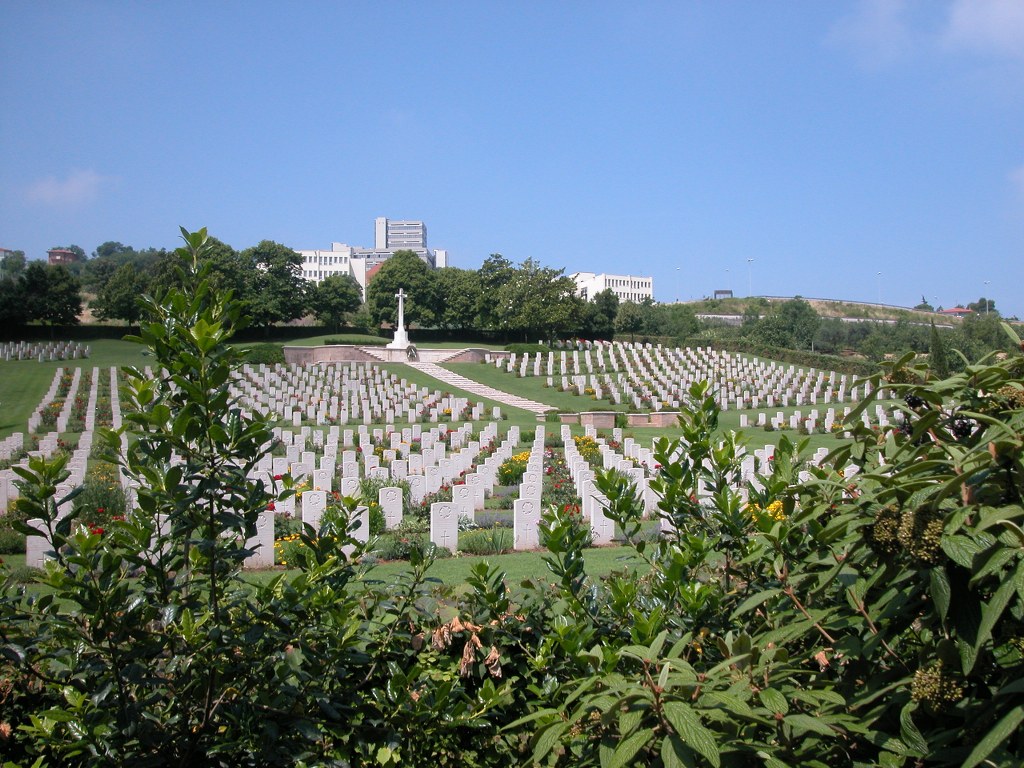 The War Cemetery lies in the rural locality of Tavernelle, in the Commune and Province of Ancona, 3 kilometres south of the town of Ancona. Take the exit Ancona Sud from the autostrada A14 and turn right immediately after. At the two roundabouts follow the signs to Pesaro and at the fork stay on the right. At the cross road turn left and turn left after the second gasoline station. Cemetery address: Frazione Passo Varano - 60131 Ancona (AN) Marche. GPS Co-ordinates: Latitude: 43.586764, Longitude: 13.522829.

It should be noted that the cemetery is steeply terraced. Wheelchair access to this cemetery is possible via an alternative entrance.

Please note the site is historically vulnerable to floods during prolonged periods of heavy rain.

Following the fall of Rome to the Allies in June 1944, the German retreat became ordered and successive stands were made on a series of defensive positions known as the Trasimene, Arezzo, Arno and Gothic Lines.

The cemetery at Ancona reflects the Allied progress up the Adriatic coast in August and September 1944. The cemetery site was chosen in September and graves were brought in from a wide area round about, extending from Pescara, 80 kilometres farther south, to Pesaro, over 48 kilometres north of Ancona. They include those of casualties from the first attacks on the eastern sector of the German defensive Gothic Line, near Fano and Pesaro, at the end of August and early in September, plus some 80 casualties from the L'Aquila bombing incident that occurred in December 1943. Ancona itself had been taken by the Poles on 18 July 1944 and, being little touched by the war, served as the main port for supplies for the attack on the Gothic Line and for the final break through the following spring at Argenta.