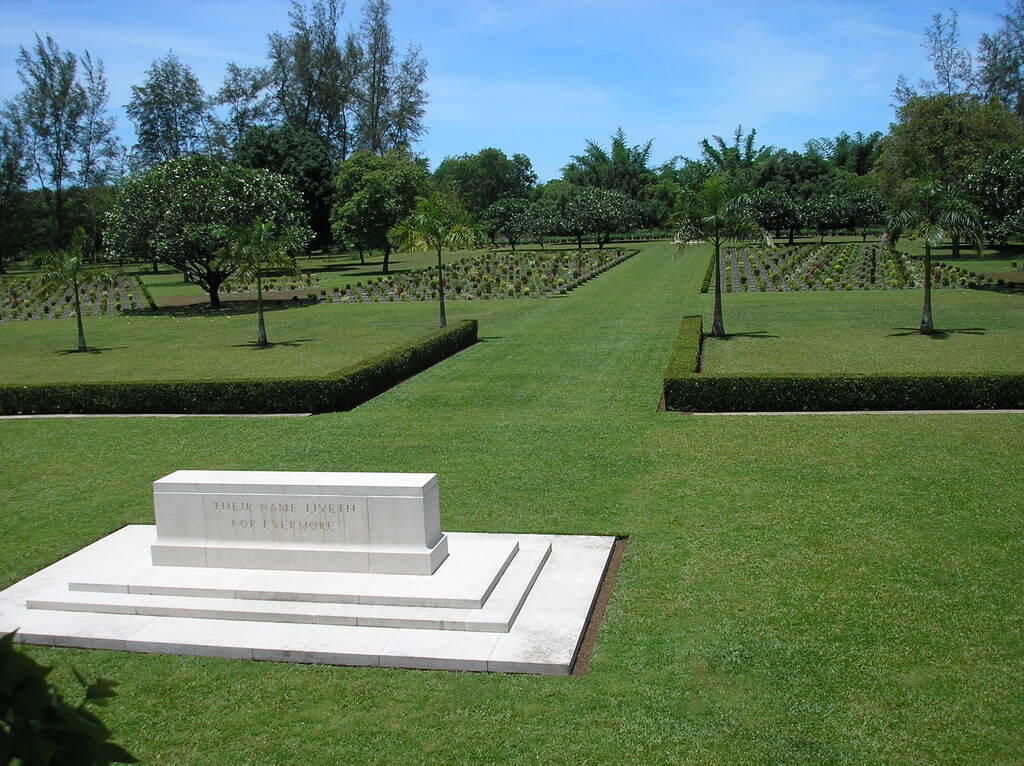 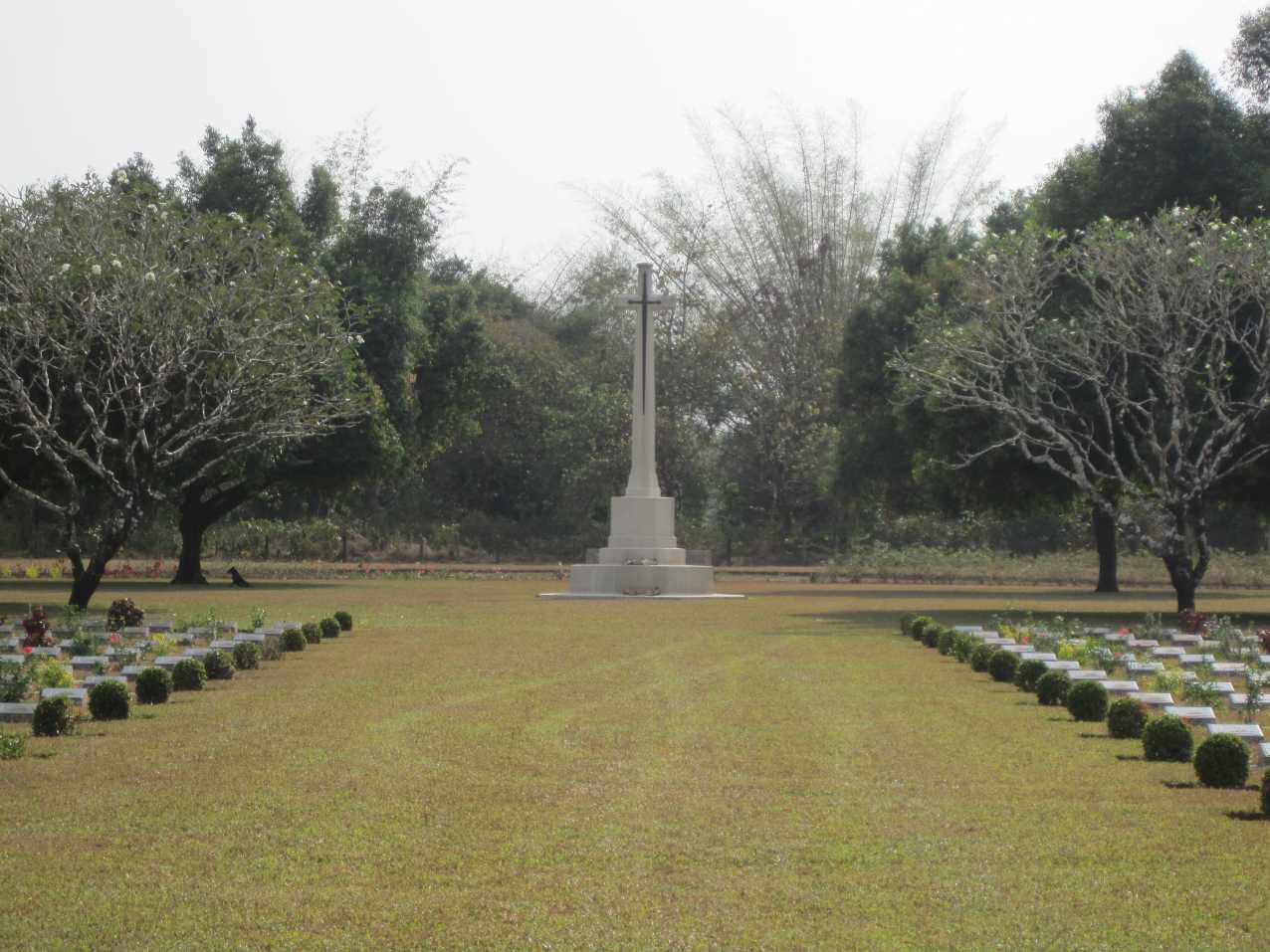 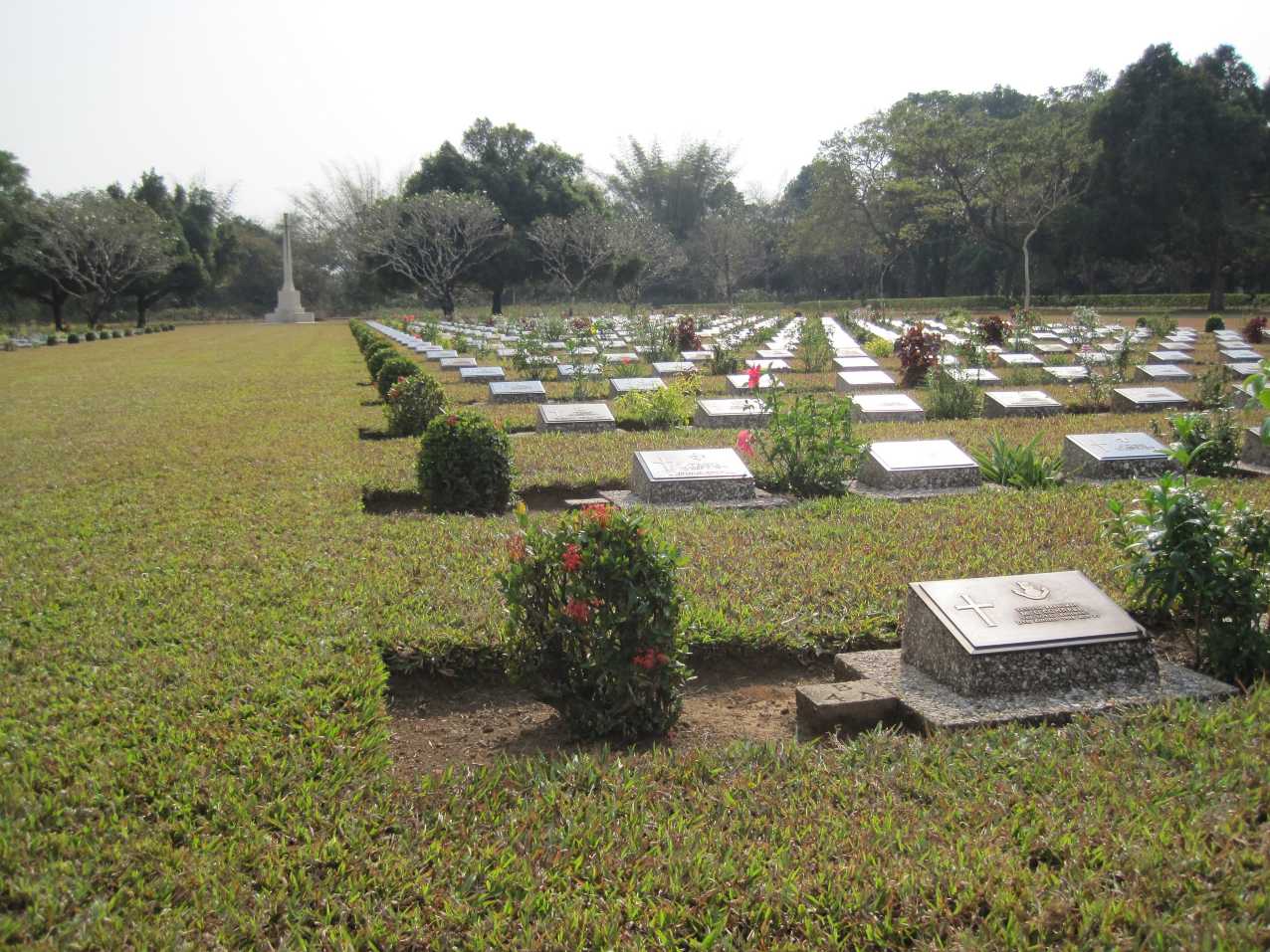 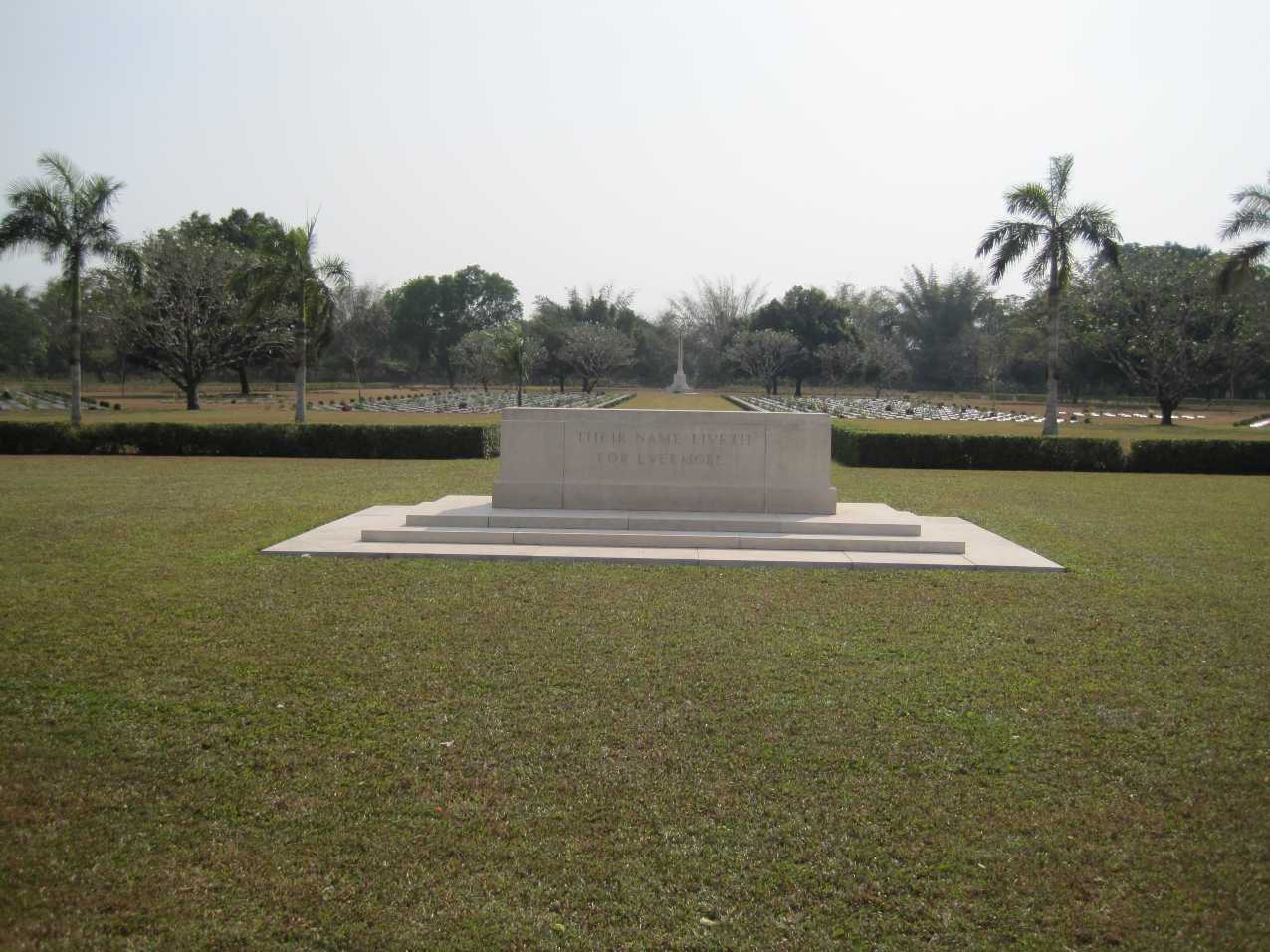 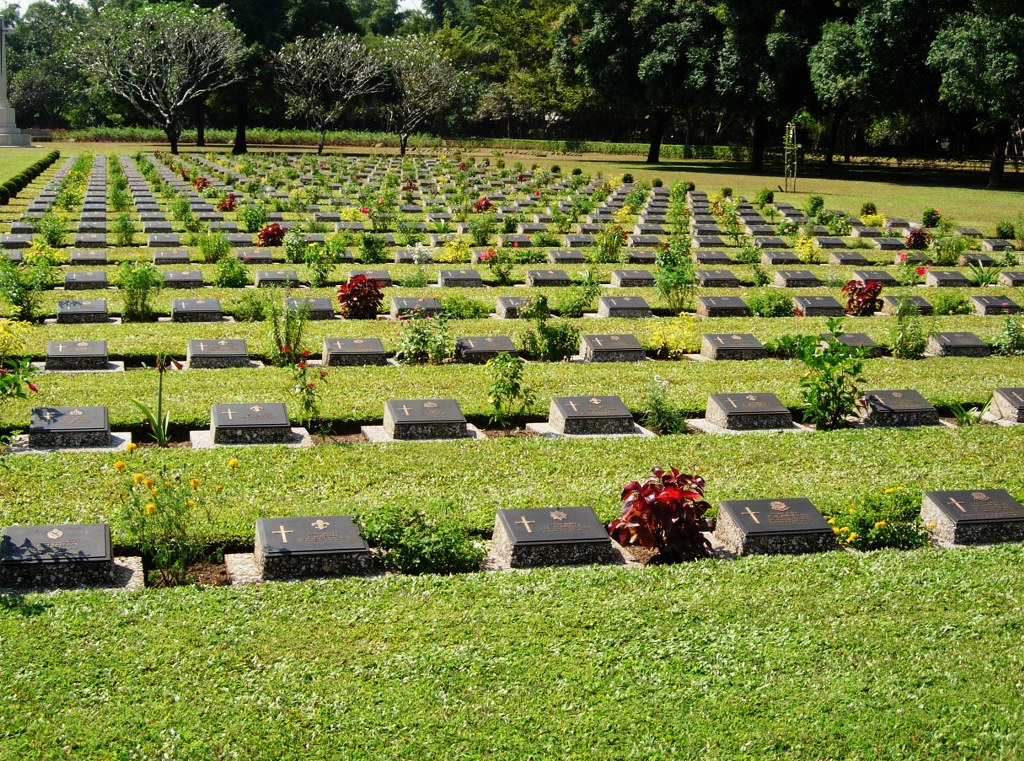 gardens of the death railway 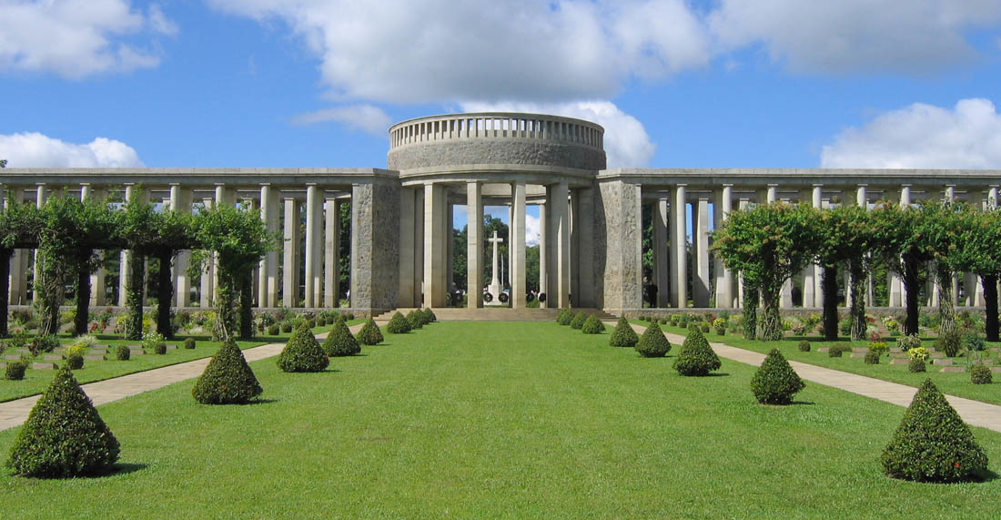 Pounding heat and flash floods – the weather in Myanmar poses the Commonwealth War Graves Commission its fair share of difficulties.

Our team here is responsible for maintaining nearly 12,000 graves, but the graves look a little different to those familiar with our work in Europe. Each one is marked by a bronze plaque set into the ground on a pedestal of stone. 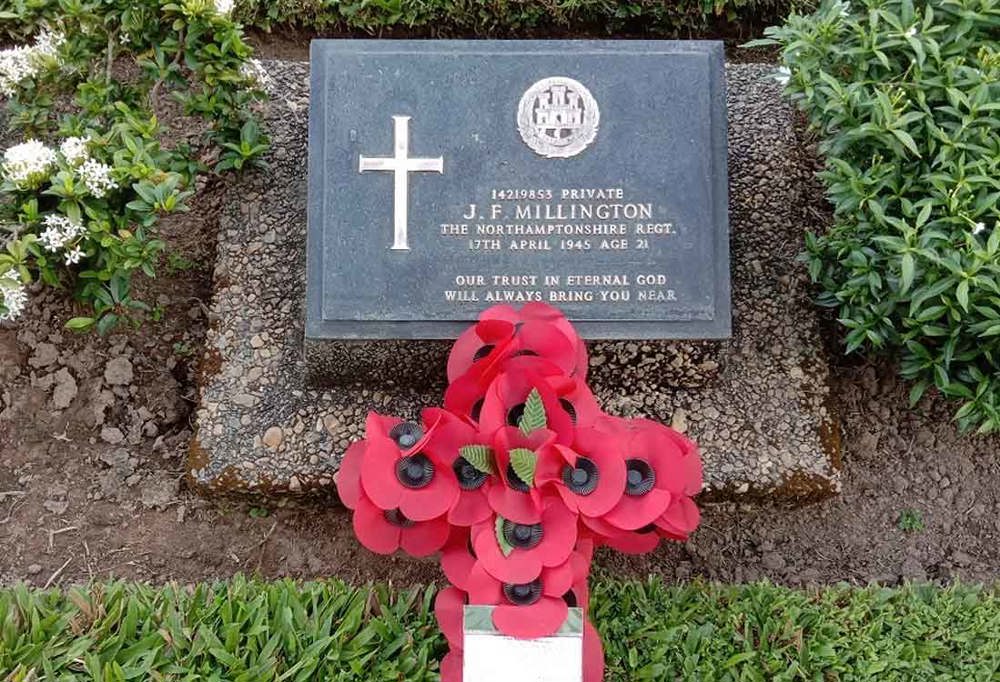 In Myanmar bronze plaques take the place of Portland headstones to better withstand the climate.

These plaques weather better than Portland headstones in the intense heat and the rain of South East Asia.

In Yangon – known to the British during the Second World War as Rangoon – we face opposing problems from the weather.

Rangoon War Cemetery, in the busy city centre, gets regularly submerged by flash floods. Our gardeners have to sweep away debris on a daily basis in the rainy season. 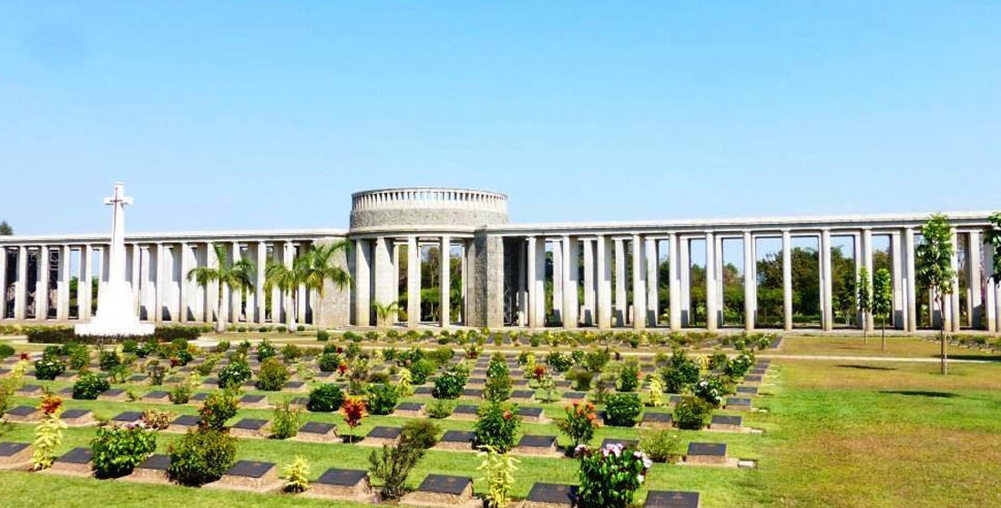 The iconic Rangoon Memorial at the heart of Taukkyan War Cemetery.

Yet just one hour away on the outskirts, at Taukkyan War Cemetery, we face a constant battle against the parched ground in the brutally hot and dry weather.

Taukkyan is a vast cemetery with almost 6,500 graves. They are carefully laid out in rows around the distinctive shape of the Rangoon Memorial, which lists almost 27,000 missing war dead.

The war memorial is beginning to show signs of its age and we are preparing to restore it.

In its shadow, lies a more recent row of bronze plaques. They sit in a special plot, naming the 16 men aboard Dakota KN584.

The plane crashed in September 1945 killing all aboard. Only recently was it found they had been buried deep in the jungle, making recovery impractical. Instead, their relatives now have somewhere accessible to pay their respects with a row of special memorials in our war cemetery.

The last of our three sites in Myanmar is Thanbyuzayat. The cemetery sits a stone’s throw from the end of the infamous death railway. 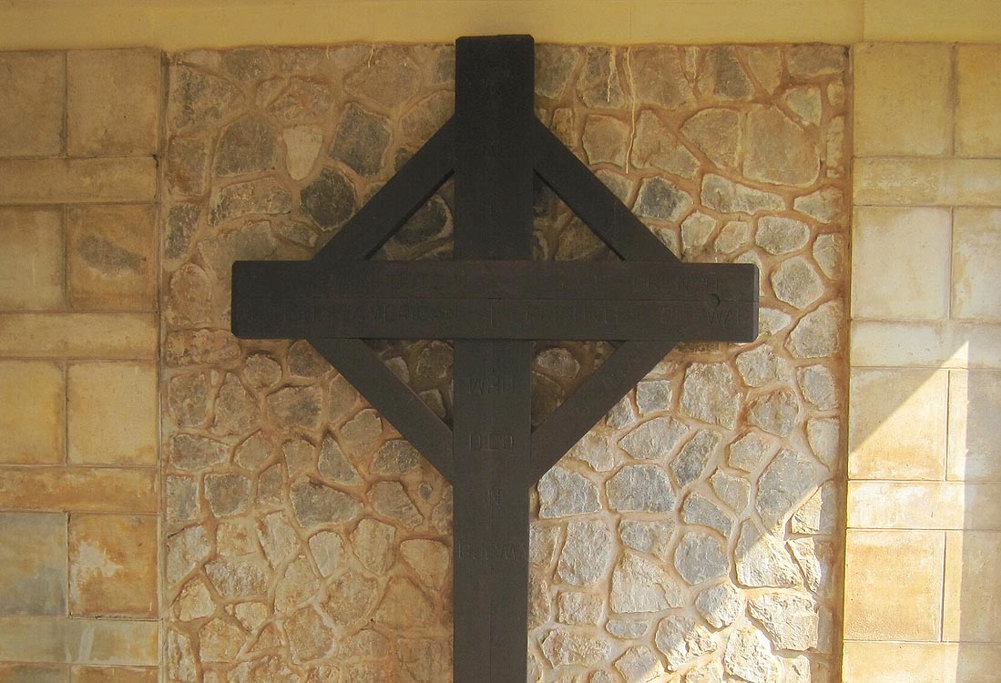 A cross at the entrance to Thanbyuzayat, made from wooden sleepers on the death railway.

This cross-country route was built by forced labour, including prisoners of war, during the Second World War, in often gruelling conditions. It has been said that a man died for every sleeper laid across the 415-kilometre (258 mi) route of the railway. Many of those who died, lie at rest in CWGC’s care.

And as a reminder of what they went through, visitors to Thanbyuzayat will see a handmade wooden cross in the cemetery’s entrance, assembled out of those infamous railway sleepers by prisoners. 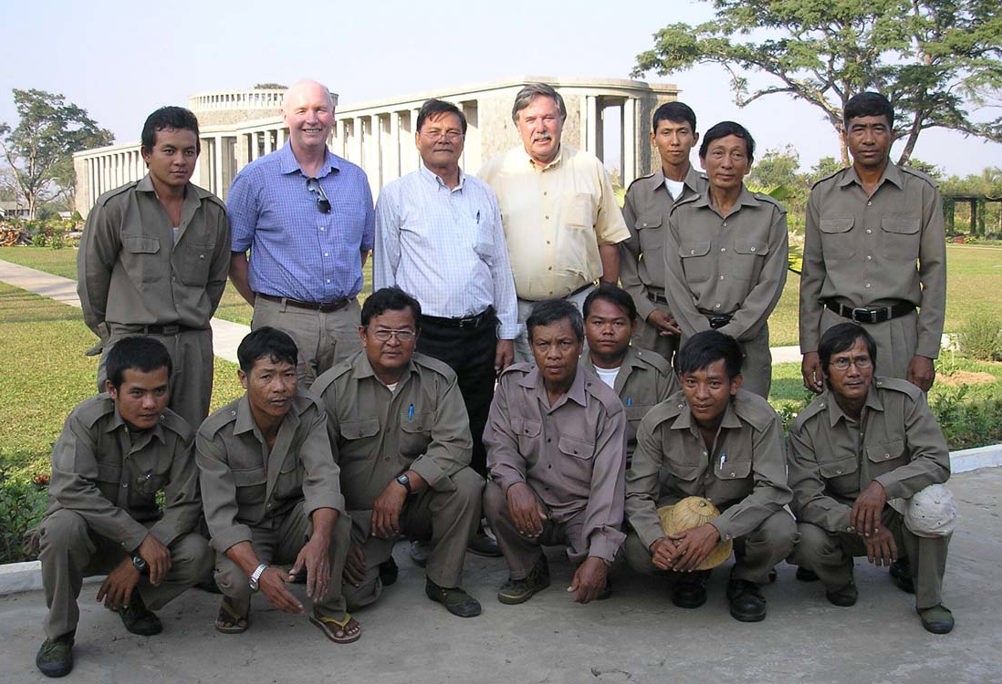 Our dedicated team in Myanmar.