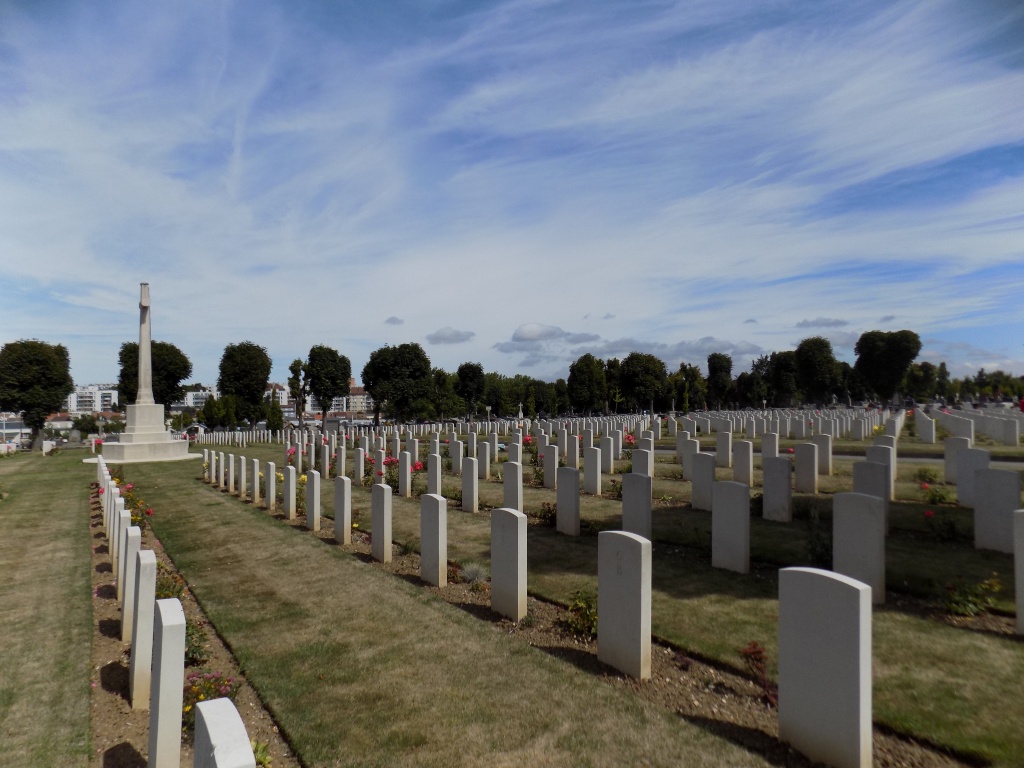 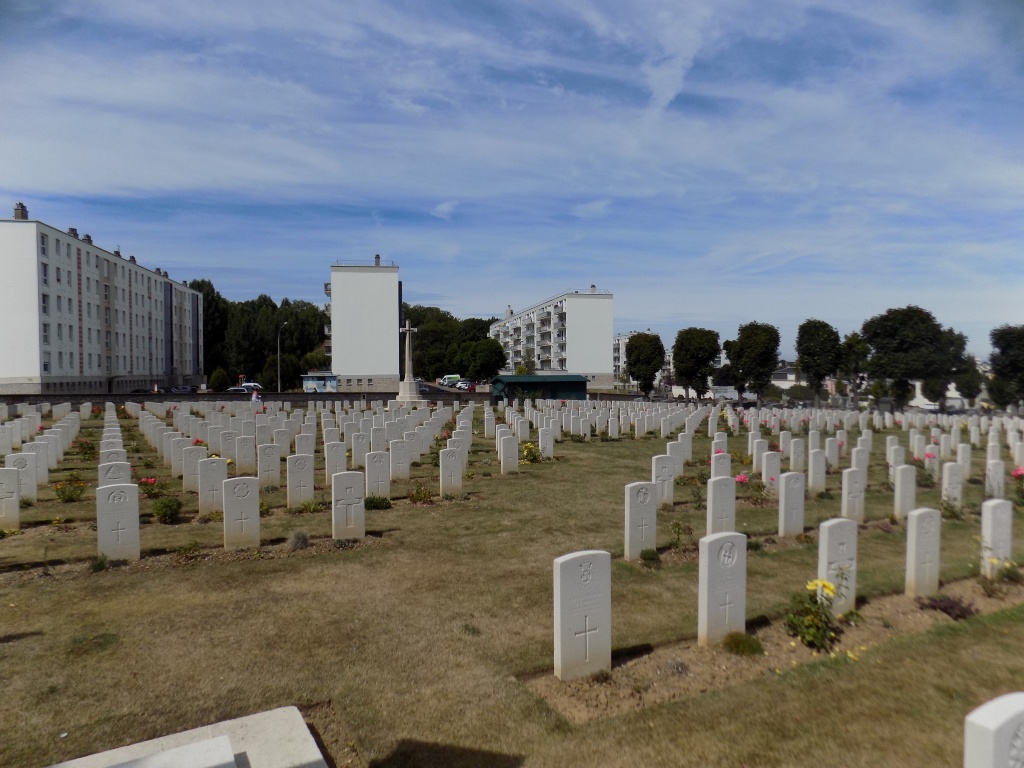 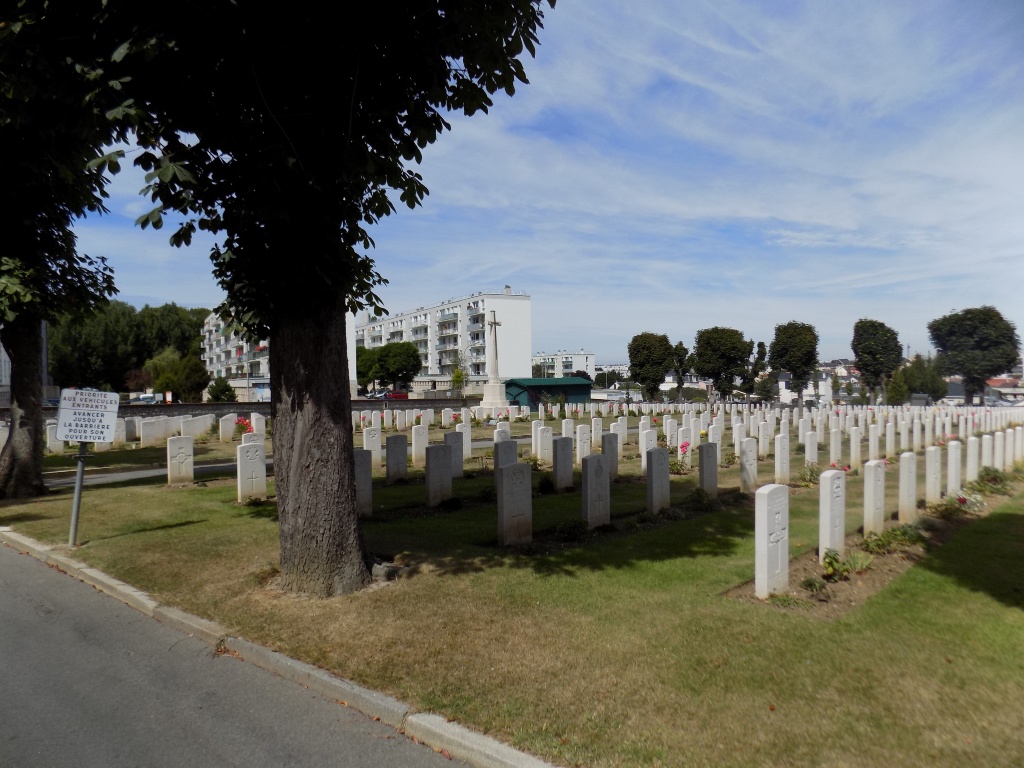 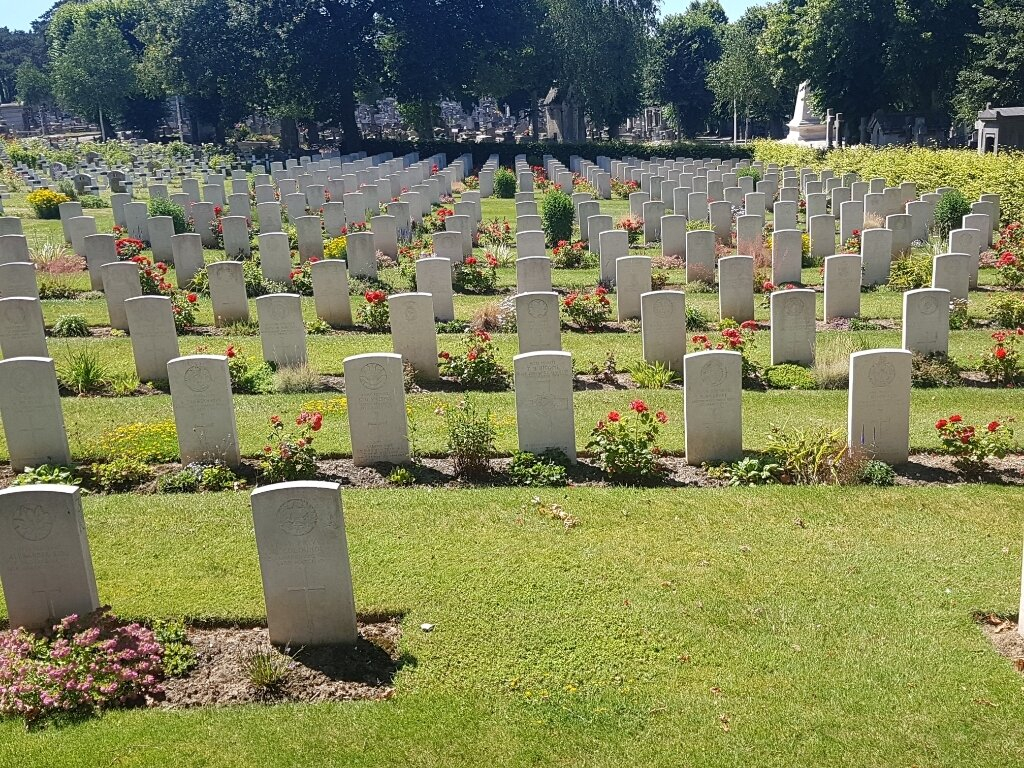 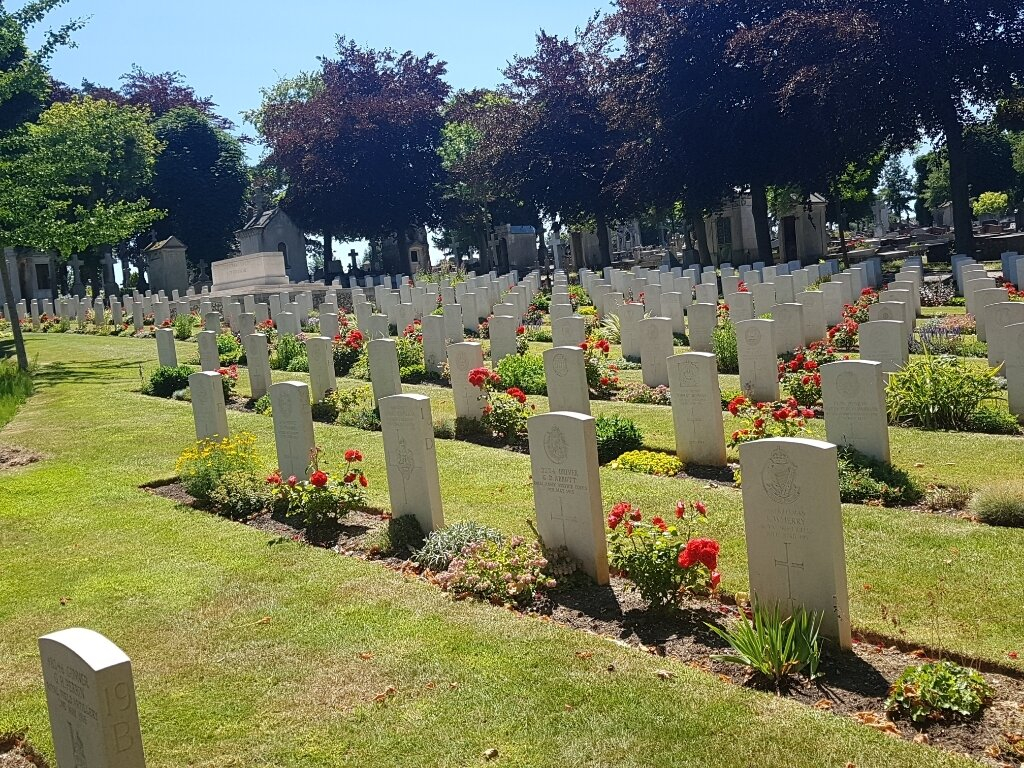 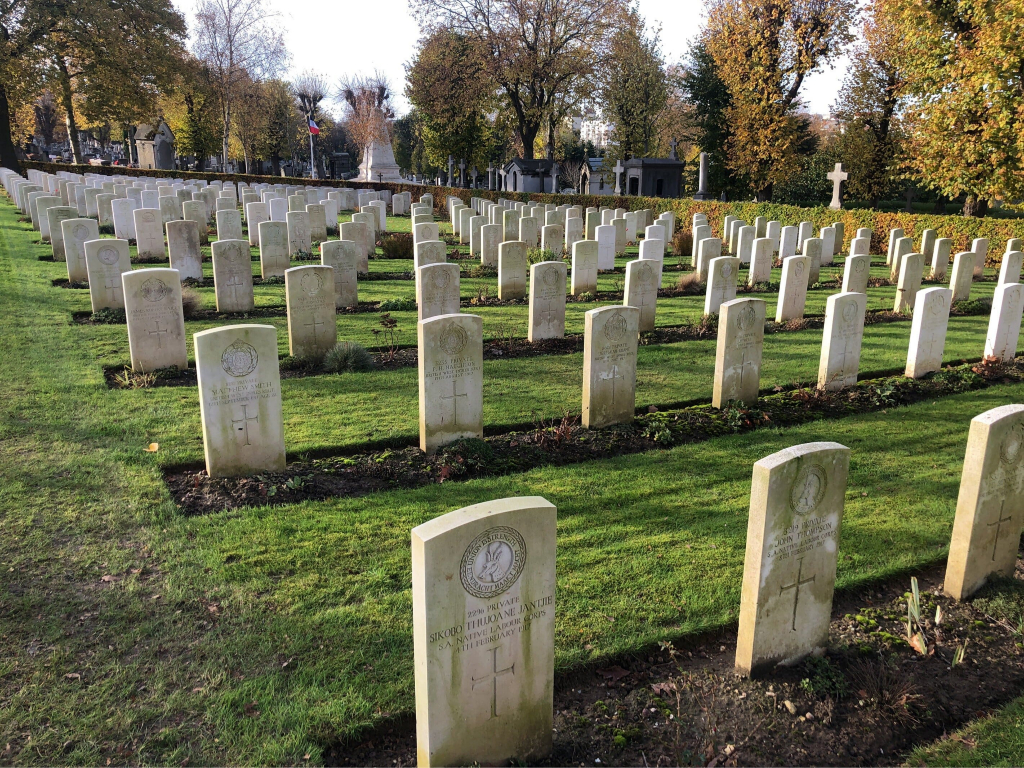 Ste. Marie Cemetery is one of the town cemeteries, but it is actually situated in the commune of Graville-St. Honorine, overlooking Le Havre from the north. The main entrance to the cemetery is on the Rue du 329ème Régiment d'Infanterie. There is another entrance on the west side of the cemetery which is closest to the main war graves plots and this can be accessed via the Rue Eugène Landoas. Please note that the sketch plan of the cemetery that can be downloaded from the Commissions website was drawn up many years ago as a guide to the layout of the plots within it. The road names and numbers shown on the plan are therefore no longer representative of today.

During the First World War, Le Havre was one of the ports at which the British Expeditionary Force disembarked in August 1914. Except for a short interval during the German advance in 1914, it remained No.1 Base throughout the war and by the end of May 1917, it contained three general and two stationary hospitals, and four convalescent depots.

A memorial in Plot 62 marks the graves of 24 casualties from the hospital ship 'Salta' and her patrol boat, sunk by a mine on 10 April 1917. The memorial also commemorates by name the soldiers, nurses and merchant seamen lost from the 'Salta' whose bodies were not recovered, and those lost in the sinking of the hospital ship 'Galeka' (mined on 28 October 1916) and the transport ship 'Normandy' (torpedoed on 25 January 1918), whose graves are not known.

There are now 1,690 Commonwealth burials of the First World War in this cemetery, 8 of which are unidentified.

During the Second World War, Le Havre was one of the evacuation ports for the British Expeditionary force in 1940 and towards the end of the war it was used as a supply and reinforcement base.

There are now 364 burials of the Second World War here,(59 of them unidentified) in Divisions 64 and 67 of the cemetery.

The Commonwealth plots in the cemetery were designed by Sir Reginald Blomfield.