We are currently carrying out necessary restoration works at Leopoldsburg War Cemetery, which will be ongoing until March 2023. Damages caused due to natural weathering will be tackled by carrying out restoration works on the entrance pavilion, the Cross of Sacrifice and the shelter buildings. Complete reconstruction is required for the retaining walls and tool shed. In order to preserve the integrity of the site, the natural stone elements are recuperated and re-used as much as possible; and only quality materials, such as lime mortars will be used. Horticultural work will be carried out to increase biodiversity on site.

Find out more about the CWGC restoration philosophy here.

The works, funded by Flemish Government, are carried out by Pit Antwerpen NV and the CWGC Hort Team. They will be closely monitored by architects Erfgoed En Visie and the health and safety coordinator XenAdvies.

Please note that graves at the cemetery will remain accessible during the works. 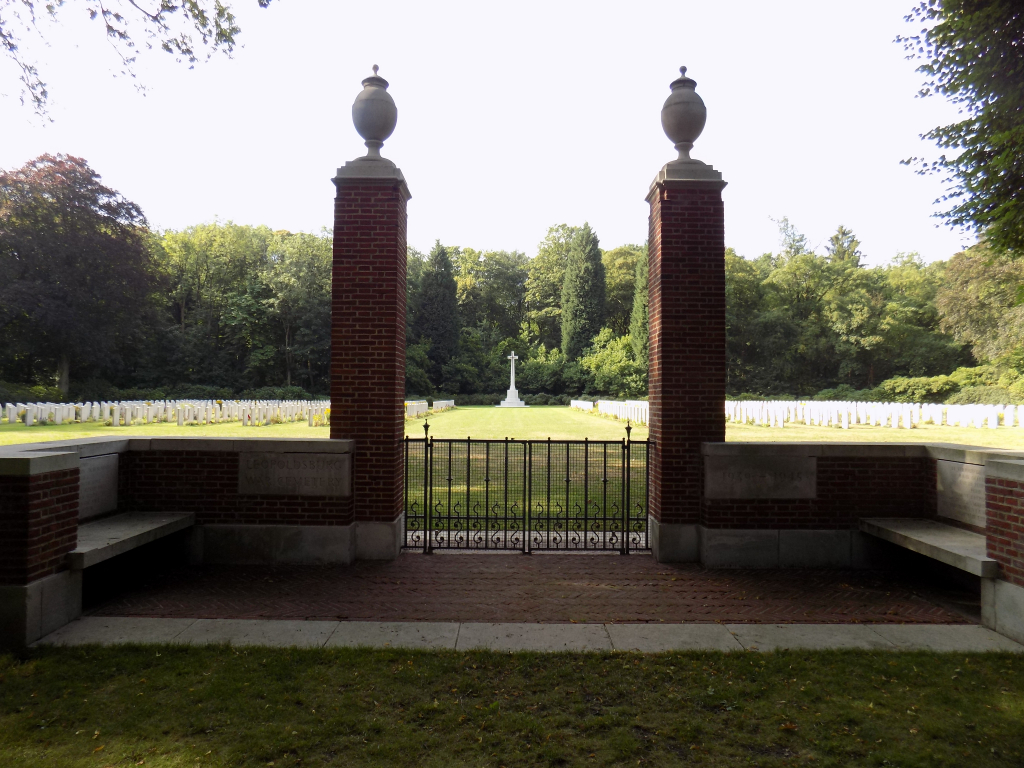 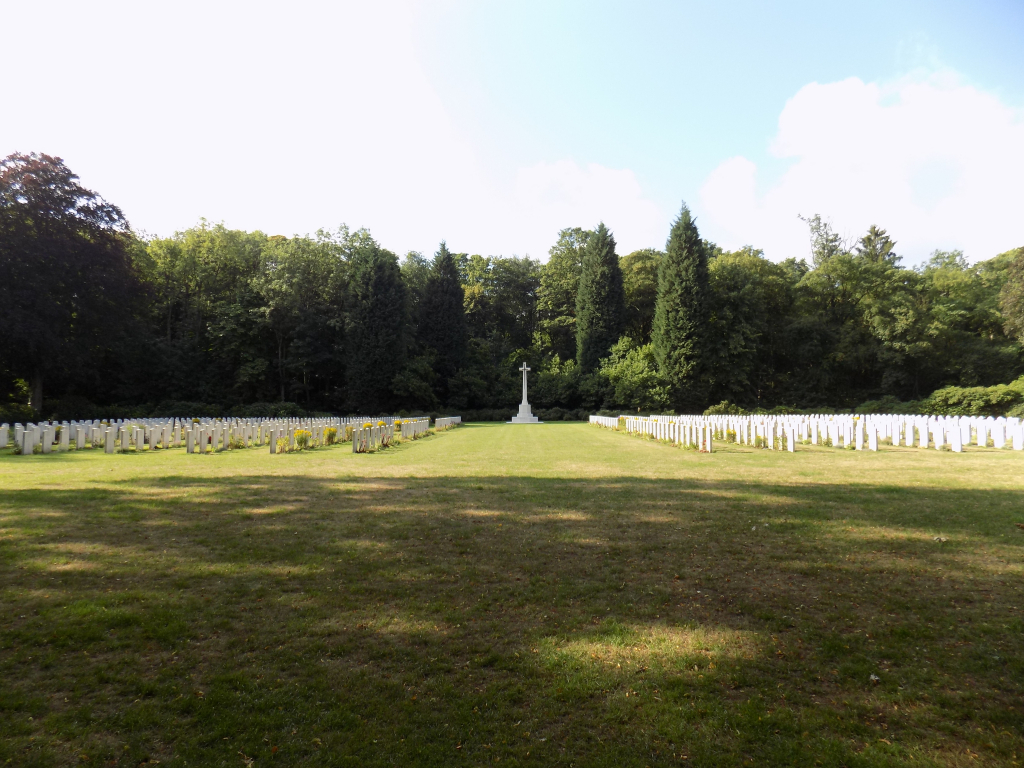 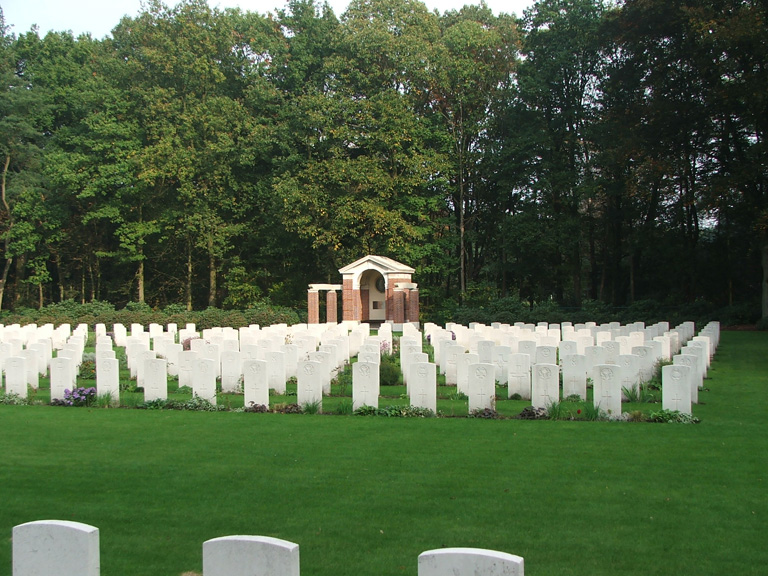 Leopoldsburg (also known as Bourg-Leopold) is located 58 Kms north-east of Leuven on the N73. Follow the N73 into Leopoldsburg town centre. Follow the one-way system round the town and at the junction of the Koning Albert I Plein the cemetery is signposted. Follow the direction of the signpost to the right into Koning Albert I Plein. At the crossroads turn left into Priester Poppelaan and at the T junction turn right into Koning Leopold III Laan. At the crossroads turn left into Koning Leopold II Laan and the cemetery is sited 200 metres along on the right.

There are about 35 original burials in Leopoldsburg War Cemetery associated with isolated engagements in or near the town in May 1940. Of the remainder, some are burials from a military hospital which was established at Leopoldsburg during the latter part of 1944 and others were brought into the cemetery from the surrounding district.

There are now 767 Commonwealth burials of the Second World War in the cemetery, 16 of them unidentified, and a number of Polish and Dutch war graves.